14 Facebook buttons nobody needs – but would love to have anyway

London, UK: Ever since Mark Zuckerberg announced the presumed “Dislike” button on a Q&A in early September, the internet literally lost it.

I didn’t know people liked clicking things so much.

Well, the time has finally come and the good part is that we didn’t get just one button, but several, the bad part is that there is still no “Dislike” button – and I am not surprised. Let’s look at it coldly, Facebook is a company that depends on people sharing and liking content. A feature like this would make people think twice before posting simply because most people simply don’t enjoy negative opinions – especially when it’s about them.

Anything that would make users question if they should share content or not would be detrimental to the company. In my opinion Facebook’s got more than enough negativity. Have you ever seen the review and messages section on the fan pages of big brands and celebrities? They’re filled with flames, spam, and pornography.

Instead the new buttons are designed to show empathy. The Facebook CEO did state that the new feature was being built for situations where clicking “like” would be awkward. Circumstances such as loss, getting fired or a serious world news like the refugees crisis.

14 Facebook buttons nobody needs (but would love to have anyway)

Either way, the new buttons are here and at Printsome, since the team  knows so much about social media, we have a pretty good idea of what we would still like to see on the social network. Here are some Facebook buttons nobody needs, but would love to have anyway:

We’ve all read that post. The one that makes you embarrassed for someone else. Either an awkward fall or a fail in simple logic, this button would do.

In case you don’t speak Drag Queen, I’m here to translate. “Shade” is short for “No T, No shade”, a phrase that was made famous by the contestants of the reality TV show Rupaul’s Drag Race. T stands for truth and “Shade” stands for something mean, either a comment or an action. So “No T, no shade” would roughly translate into “I can’t be honest without being mean.” This button would work perfectly for those passive aggressive friends, the ones that leave comments like “I love your outfit in that picture. Was it on sale?” Shade.

A proposition from our Chief Design Officer Paula who thinks the new button should be geared more towards the relationships on the network. Which makes sense, it is social media, after all. This button would be perfect for those occasions when your friends “forget” to invite you to a social event. Seeing them having fun without you, can’t help but think “Those bitches”.

When someone posts or shares something that is ridiculously obvious.

As a writer and editor I hate to see bad grammar, particularly when it comes to commas. I would be hitting this one quite often, especially if it was one of my own posts, because, the only thing that I hate more, than other people, making grammar mistakes, is, when, I, do, them.

Another of Paula’s ideas. How many times have we seen a friend of ours hang a picture of themselves with another person we would like to meet? It may be a celebrity, a fun-looking person or someone attractive, either way, the “Hook me up” button would be put to good use.

“Felicia” became the name for those whats-their-faces that troll the internet. When someone you don’t care about rants about something you care even less about, clicking the “Bye Felicia” button would seem like a fun option to have.

A phrase that took Tumblr by storm earlier this year, “Sure Jan” comes from the 1996 movie A very Brady Sequel and it’s just a sassier way of saying “I don’t believe you”. So you have a really hot boyfriend/girlfriend that’s a model and conveniently lives in Australia? Sure, Jan.”

This one comes from Ryan, one of our account managers, for whom the “dislike” button wouldn’t be enough. “Hate” seems like a bit harsh, but then again, we all have issues that get on our nerves and hitting this button might help to let out some steam.

TMI (Too Much Information) 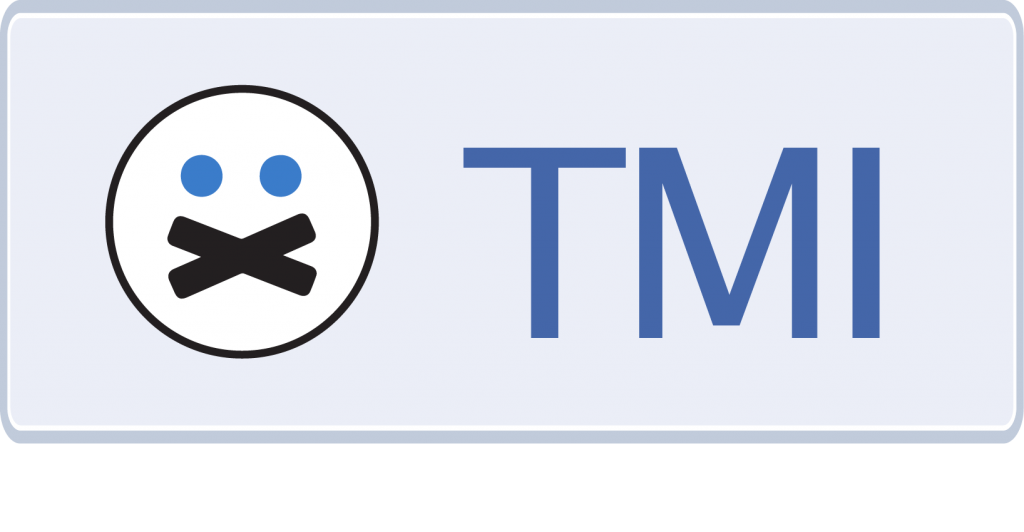 You know, that moment when you casually greet an ex-classmate of yours, someone you haven’t talked to in years, and they suddenly reply with lines and lines of detailed information on their personal life. After reading three paragraphs about failed romantic relationships you quickly regret you ever reached out to this person and wished you had a “Too much information” button.

For when someone makes that comment that’s just too funny not to take out of context.

The button we all need for when someone gets brutally beaten on a heated Facebook argument.

Saw you on Tinder

This one is pretty self-explanatory. A button designed to bring awareness to those unfortunate souls who thought that using the same image as profile photo for both Tinder and Facebook was a good idea.

Luca, one of our online marketing agents, suggested the “Screw you” button. We’ve all had those moments. I would probably use this button when someone starts posting picture after picture of their luxurious vacations on Asia or some other place I can’t afford.

What’s a button you would like to see on Facebook? Let us know in the comments below and stay tuned to the Printsome blog for more awesome content.

Printsome is a t-shirt printing agency that delivers personalised workwear, personalized t-shirts in Manchester, custom hoodies in Leeds and everywhere in between. For a nice chat about how Facebook’s getting crazy with unnecessary buttons or simply want to say hi, get in touch!