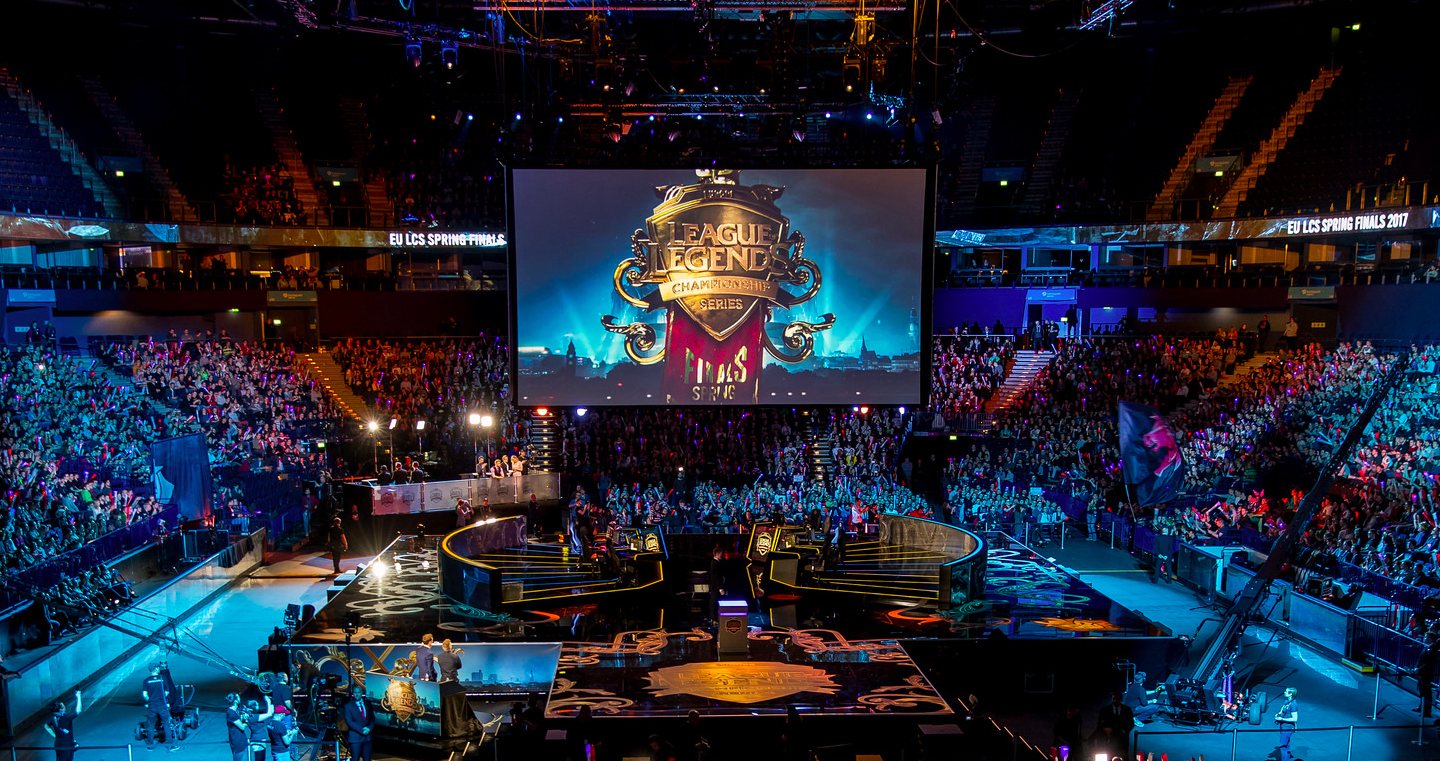 We talk to an eSports Development Manager

It was 8 December 2016 and the Palau Sant Jordi in Barcelona, an arena that can hold up to 17,000 people, was full with roaring fans wearing personalised T-shirts of their favourite stars. But it wasn’t Beyoncé who was performing or the Barça that was playing, no, it was the League of Legends ALL-STARS they were waiting for.

Regardless of the scepticism of some people, the eSports industry is a juggernaut that produces millions of pounds every year and just keeps on growing. So much so in fact that in the UK, Staffordshire University recently announced that they’ll be starting an eSports degree in 2018 — one of the first of its kind.

I order to wrap our heads around the hype, I recently sat down with Albert Rojo, one of the minds behind the Riot Games events (and a personal friend of mine). We talked about his work as EU eSports development manager, what it takes to manage great events and what’s coming up in the exciting world of eSports and League of Legends (LOL).

Could you please explain to our readers what your job at Riot Games is?

At the moment, I’m working as a Development Manager for Riot Games at the German eSports offices in Berlin.

I work as the Delivery Lead for the live events we produce in our Studio and on our European roadshows. My main task is to make sure we plan and deliver high-quality and memorable Esports shows for the European LOL community.

You started your career in graphic design, how did you go from that to video games?

I first came in touch with the events industry while I was studying as a graphic designer in Barcelona and my good friend and mentor Mich Micenmacher introduced me to the production of music festivals.

I worked mostly with audiovisual projects until 2007, when in the midsts of the terrible economic crisis that hit Spain, I along with five other video game fans decided to start our own project and founded the Spanish video game league (LVP).

Contrary to predictions, we did well and I stayed there until 2015 when the opportunity with Riot Games came up. It was difficult to leave my own project, but it was a chance I couldn’t pass. I started at Riot as an Event Coordinator and in 2016 transitioned to Development Manager.

At what point did you have an idea of the path that your career might take?

To be honest, the only thing I knew for sure since I was a kid was that I wanted to work in the video games industry. This is why I started studying IT, but as it turns out I’m not any good with math nor physics.

After this unsuccessful studies period, I transitioned to multimedia and discovered graphic design. This proved to be a much better career path for me, but there was still something missing. It wasn’t until I started working in event production when I truly discovered my passion and then when I was able to add the video game element to it, I was complete.

How did your parents take it when you told them you wanted to work in video games?

They have always been very supportive of my career decisions. My dad, actually, was the one who introduced me to video games. He has always been a big fan of technology.

Let’s say it all started with the Amstrad CPC; I remember him meeting his cousin almost every weekend and sharing lots of video game cassettes (yes, this sounds really old school!). Basically, I grew up surrounded by video games.

[content_band bg_color=”#E8F6D2″ border=”all”] [container]Need merchandise for an upcoming gaming event? We can help. Printsome’s T-shirts are produced locally ?? and from the best-quality garments. Our delivery services work all over the UK and can adapt to most deadlines. Learn more![/container] [/content_band]

During live events, you have to react quickly to solve problems and (most importantly) be able to do it with the resources available at the time

Is creativity part of your job? And if so how?

In my point of view, creativity surrounds us daily. When I worked as a graphic designer, I had to be visually creative to make the best of a client’s briefing; to offer them good graphics solutions.

On my current job, I also have to be creative but in a different way. During live events, you have to react quickly to solve problems and (most importantly) be able to do it with the resources available at the time. Being creative is being able to find new ways of making, improving and/or figuring stuff out.

Overall, I would say that I don’t have to be creative on a weekly basis at the office, but during live shows, it’s usually required more than wanted. It doesn’t matter how experienced or talented of an event planner you are, once you are on site, there will always be unexpected surprises.

Note: Check out our post ‘A day in the life of a brand manager.’

Do you keep the fans in mind when organising events? How important is it to satisfy them?

The first point of Riot’s manifesto is literally ‘Player Experience First’. So the answer is YES in capital letters. We are constantly listening to their feedback and satisfying LOL players, it’s part of our DNA.

One of the latest examples has been changing the format of an international event based on the feedback received by the LOL Community. It feels great to work for a company that listens actively to their player base!

Of your entire career in Riot Games, what project are you most proud of?

Towards the end of last year, I was part of an incredible team that brought an international event of LOL to my hometown in Barcelona called All-Stars 2016. For four days, our attendees could enjoy really fun matches with the best players they had selected from around the world.

Would you call yourself a gamer?

Yes, I do and I’ll always be a one! I’ve enjoyed playing all kinds of games throughout my life. Taking the role of a hero, solving puzzles or simply perfecting game mechanics are my biggest passions. I haven’t found the same level of immersion and interactivity that video games offer in literature or cinema.

On a larger scale, what do you hope to contribute to the LOL community through your work?

One of our goals at Riot is to make LOL a global sport that can last generations. The future ahead for is promising, so being part of it from a regional office is really amazing.

Over your entire career at Riot Games, what has been your favourite moment so far?

I will never forget the opening ceremony of the All-Stars 2016 event in Barcelona. Being part of the team that brought an international LOL event to my hometown, sharing it with the local audience and celebrating the work performed by the team was something really unforgettable.

What’s the next big project that’s coming up in the eSports world?

We are working on our next European roadshow. In the coming weeks, we’ll be announcing country, city and dates. We are sure we’ll make a lot of LOL players happy once they know where we are heading.

Note: To check out upcoming gaming events in the UK, check out this post.

It’s been great talking to you, Albert. Before you leave, let’s do a final round of quick questions.

What have you been listening to lately?
Lately, I have been listening to a lot to The Magician, who is one of my favourite DJs. His Magic Tapes, which is the name he gives to his sets, really represent what I most like of the actual house and electro music scene.

What have you been watching lately?
With the relatively recent release of Alien: Covenant, I’ve been rewatching the old Alien movies. It’s amazing how good the first and second movies are — and also how terrible the rest are. Without giving away any spoilers, Covenant is decent – not a masterpiece – but I would still recommend it to any fan of the series.

What have you been reading lately?
To be completely honest, I do not read a lot of books, but I devour comics. The one I’ve enjoyed most lately is The Killing Joke by DC Comics. I consider it one of the best Batman vs Joker comics of all time.

What food(s) have you been enjoying lately?
I’m a big fan of hamburgers and one of my favourite places in Berlin is Burgermeister. When it’s not crowded with tourists, it’s a great place to stop by and have a ‘Bar –b –q –burger’ with ‘Chilie – cheese fries’.

If you want to find out more about Albert and oncoming Riot Games events, follow him on Twitter.

Why video game merchandise lags behind