Been there, done that, got the T-shirt. Love from Tourist Kid, Bath.

Welcome once again to our location based t-shirt design series, where we take a city in the UK and design a concept clothing brand based on it. This week we travel all the way to the pretty city of Bath in South West England.

Bath is so beautiful, it’s been registered as a UNESCO World Heritage site. Most famous for its Roman baths and thermal spas, Bath is a very sophisticated city, and is steeped in cultural goodness with its array of theatres, galleries and museums. Somewhat reminiscent in style to Oxford (partly due to the river) the city was also home to famous authors, in this case Jane Austen.

The thing is, Bath isn’t just for grown-ups, it’s for kids too and we started to feel like the younger generation were getting a raw deal in terms of t-shirt design. So, for this edition of city tees, we decided to get down on the little ones’ level and design them a whole range of cool t-shirts they can wear whilst their parents are checking out the architectural sites. What would Bath look like to a child? It took some imagination, but thinking back to our childhoods, we came up with a few ideas. As for the name, since Bath’s primary industry is tourism, we went with ‘tourist kid,’ which was inspired a little by the t-shirt brand Fat Willy’s Surf Shack, Newquay, which oddly enough isn’t located too far away (love that brand).

This place has to be by far one of the most magical places for kids. It combines a surreal underground world with a little bit of witchery, dinosaurs and even a bit of a pirate vibe. Who would have thought that a series of limestone caverns could be so much fun? Not only that, but the temperature of the caves makes it ideal for maturing cheddar cheese. Yum yum. Pirates, cheese and dinosaurs? Who wouldn’t want a t-shirt?! 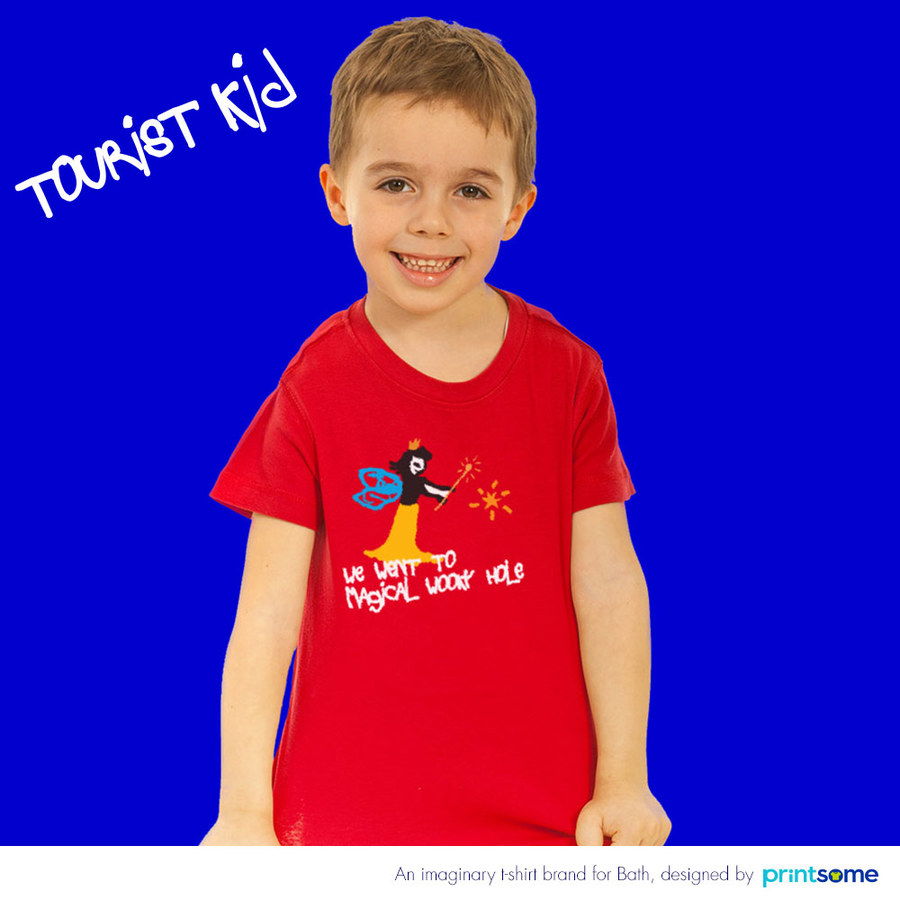 Being a kid is all about being outside and playing with everything you can get your hands on. Now if you were anything like me as a child, it was all about nature – picking up random things and pretending they were something else, like leaves, stones, sticks, you name it. Bath has plenty of park grounds for young imaginations, with everything from the Royal Victoria Park to the lushious green Parade Gardens. 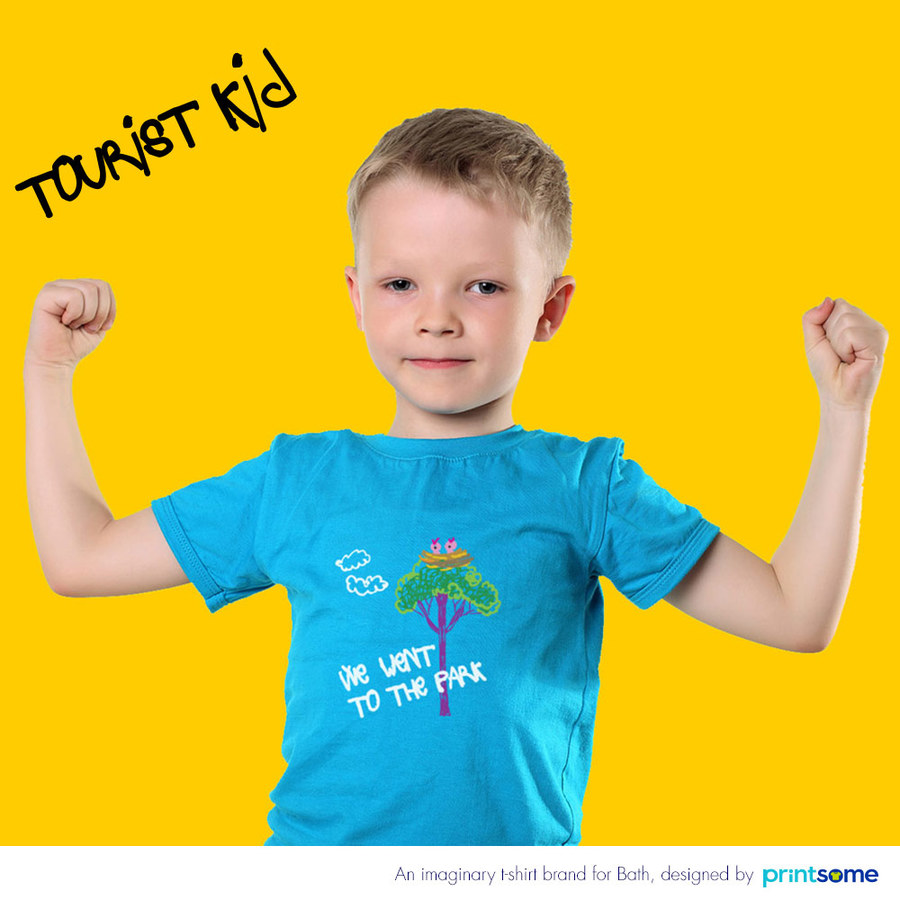 For some reason, particularly popular from Somerset and westwards, adventure golf or mini golf is the classic British family activity whilst on holiday and equally appealing to a 5 year old as it is to a bloke in his mid-50s, and Bath has a pretty cool one called Victoria Falls. Of course, they should definitely sell t-shirt souvenirs if they don’t already. 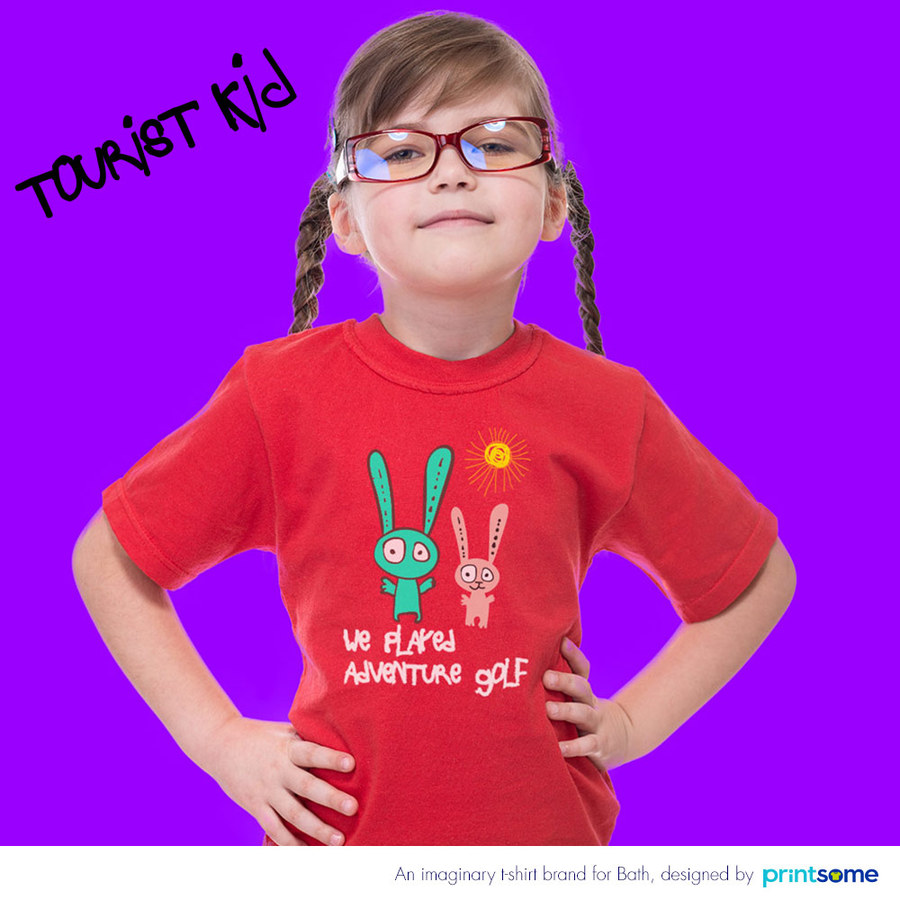 Perhaps for slightly older children, the whole family should get a bit of Jane Austen whilst hanging out in the city. They already have merchandise – you can buy yourself a nice posh set of earrings, a vintage book cover, or go for the £129 peacock brooch but what about the little ones?! A wacky hand-drawn t-shirt with a 4 year old’s impression of the author, of course!

You realise just how cool this place is when you see a monkey make-off with your Dad’s wing mirror. Longleat is an absolute MUST for all kids – who would have thought you could go on safari in the middle of Wiltshire. Yep, the first safari park outside of Africa, is a stone’s throw from Bath. Be should to go there, do that and get the t-shirt. 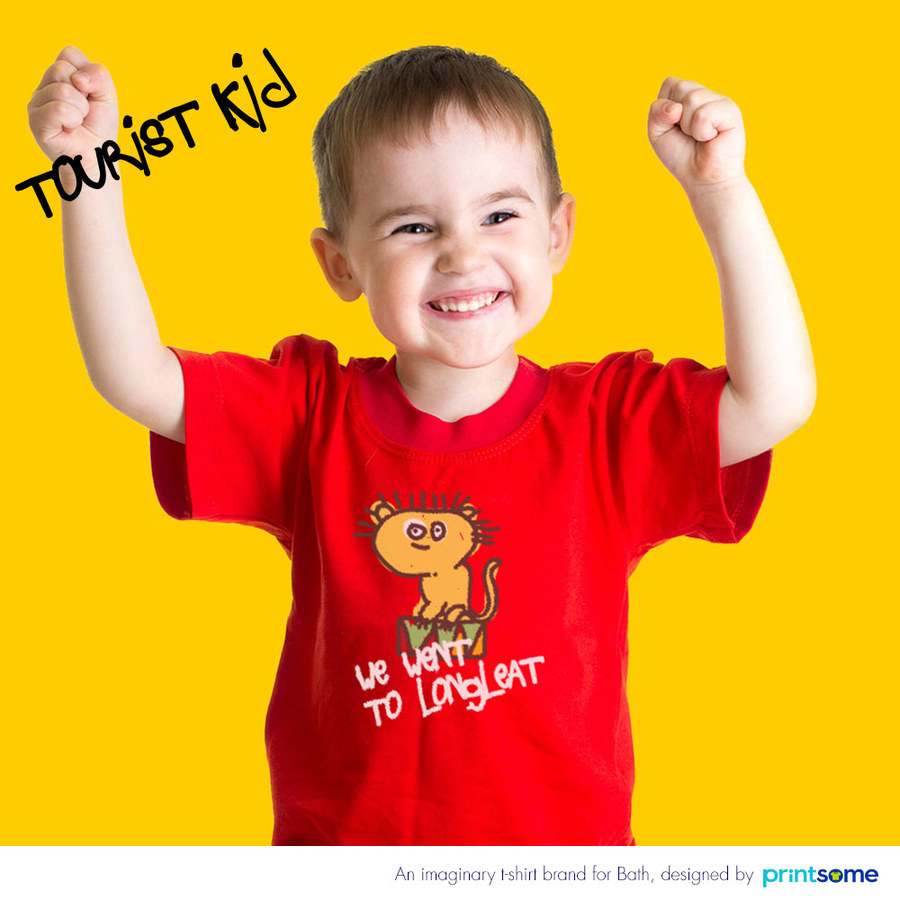 Going out for dinner can be just as fun for small people as it is for larger ones, especially when they can go to a cool family-friendly restaurant called Giraffe, where the food is as colourful as the t-shirts are. Bring on the burgers! 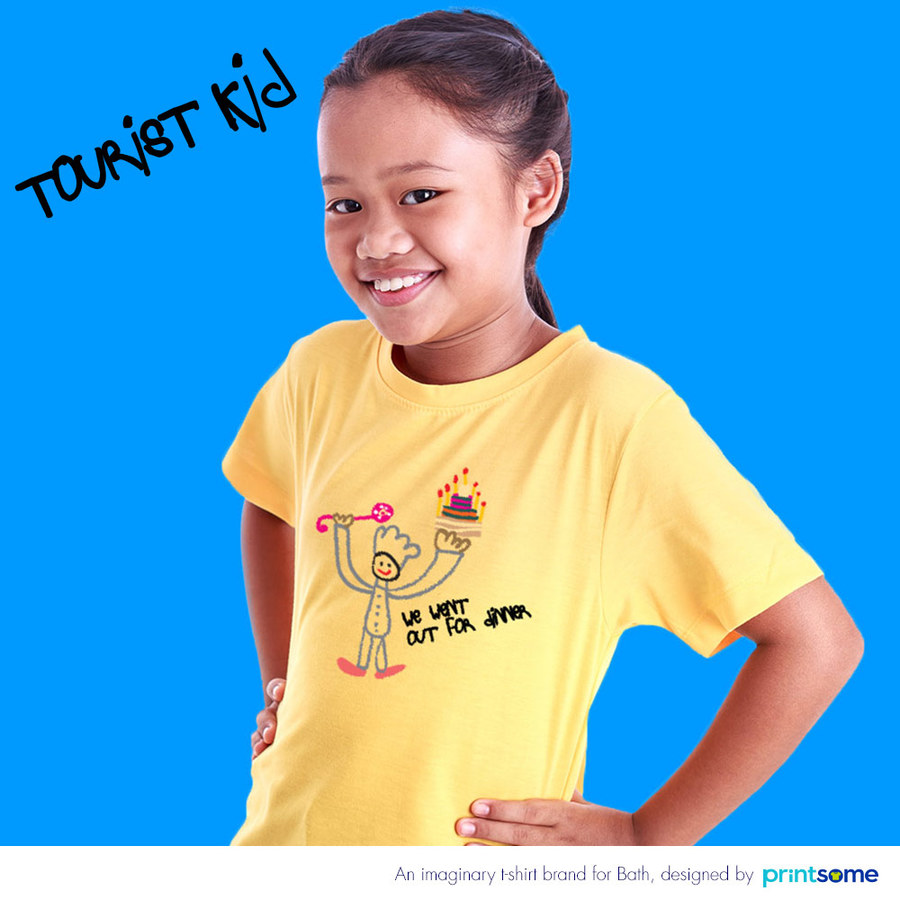 Bath is less well know for holding the first ever farmer’s market and actually inventing the concept in 1987. That means that even today, you can go there and get delicious fresh produce including cheeses, bread, and all the colourful vegetables you can think of right by the river. But it’s not just about food, the Bath farmer’s market also host fun activities, such as live performances from local musicians. And, surprisingly, they already have a little bit of merch, with this rather groovy market tote bag. 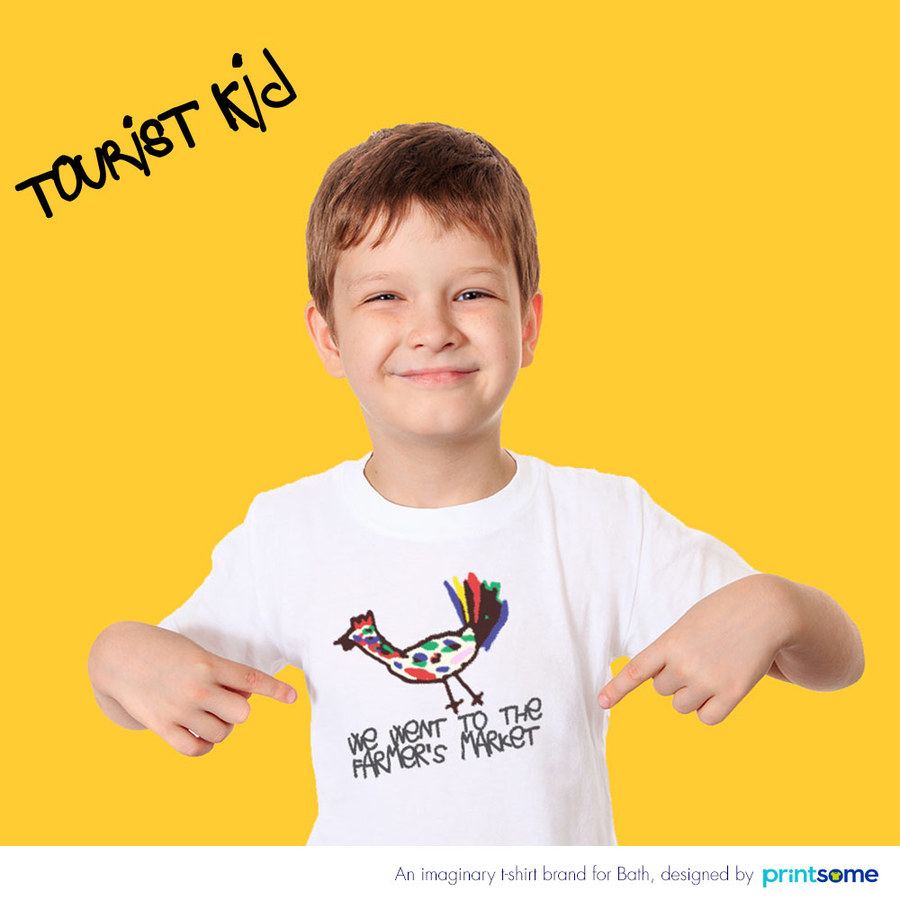 What are you going to do, if your little tourist kid went everywhere? Easy! Get them the super cool Tourist Kid ‘we went to Bath’ t-shirt, so they’ll have a souvenir from all the happy fun times they spent in Bath.

You see? Tourism isn’t just for adults. Be a Kid Tourist ©

Printsome specialise in t-shirt printing, offering custom t shirt printing canterbury, hoodie printers bedford, and tonnes more printing solutions across the UK. For a quick quote, or simply some advice on custom bags get in touch!