10 april fools campaigns that some people wish they were true

Back in April, news came out that Mark Zuckerberg was going to release a special fashion line. The collection, which only included a grey T-shirt and a pair of jeans, would be sold exclusively at H&M stores. Sadly for fans of the CEO, it was later revealed that it was just an April Fools’ joke, but it still made some waves on the internet.

Whether you love it or hate it, April Fool’s Day is a great opportunity for businesses to get their name out there, hence every company on the planet is trying to do something funny for the occasion. If marketers are not careful, their joke may just get lost in a sea of silliness.

That’s why it is so rewarding when pranks are pulled off successfully. These 10 companies are a clear example of making the most out of a special occasion.

Curious to find out what’s in store?

All serious hipsters know that Blue Moon is best enjoyed with a slice of orange. So why not go one step further and create beer-infused oranges? That’s what Blue Moon claimed it had done with a tweet:

Of course, the oranges had little orange slices in them, and there were some great pictures of people clinking oranges. Pretty funny stuff! And also, doesn’t a beer-infused orange sound sort of amazing?

Can you think of another word where a “u” doesn’t come after “q”? Unless you’re a keen Scrabble player, probably not (“Qabalistic”. That’s a real one!) Anyway, the point is there aren’t very many, and lots of people mistakenly think the Australian airline Qantas is spelt with a “u”.

For April Fool’s Day, they posted the following message on their Facebook page:

So excited to today be adding a “U” to our name, QANTAS, to acknowledge all of our passengers worldwide. Look out for the QUANTAS name change as of midday today!”

They also included a Photoshopped version of one of their planes with the “new” spelling on it.

Of course, it was jet a joke — but it was a nice way to let their customers how their name is actually spelt and to laugh at it. 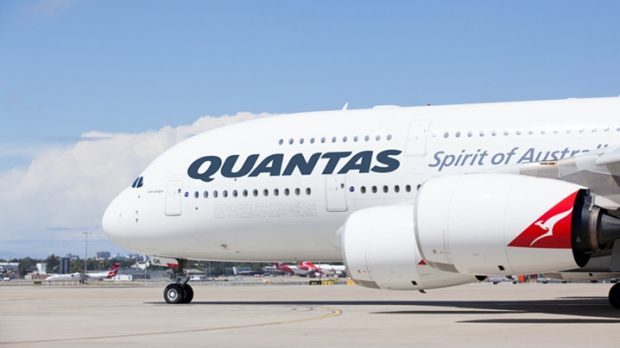 In an ad narrated by Ashley, a self-proclaimed “Self Portrait Artist” who shows off her photo reel full of selfies, this car supposedly has 10 different selfie cameras. That way, you can get the best selfie — though only while you’ve got the car in park (a nice hint to not take selfies while you’re actually driving).

They actually put up a real website too, where viewers can get another peek at the joke car’s features. There are a few links to take them to the site for the actual HR-V (no selfie cameras included).

But on a serious note — how many teens do you think were secretly hoping this was a real feature? 7.

When you think of the worst things about Twitter, did you think that it was too fast and not very paper-friendly? Comedian Conan O’Brien took things very retro with this silly video posted in honour of April Fool’s Day a few years ago.

The video was also part of a larger fake announcement that Conan had taken over as the CEO of Mashable (a website dedicated to all things social media). Kudos to Mashable for going all-in on this silly prank. They even included a follow-up video where Conan officially “resigned” from his CEO post.

It seems like somebody’s always complaining about Starbucks, whether it’s that the barista spelt their name wrong or there’s too much ice in the cup. That’s why it was almost believable that the popular coffee chain was going to release two more sizes — a really tiny one two ounce and a really 128-ounce giant one (Micra and Plenta).

The pictures of the guys with the cups are really what make this April Fool’s joke excellent, though their suggestions of what you can do with your tiny or giant cups after you’ve had your coffee are pretty great too! 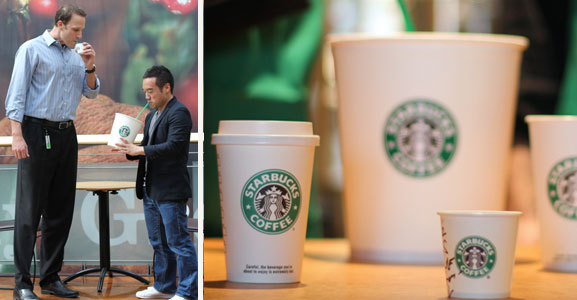 Bacon has been the big thing in the food world for the past few years, and this Scope joke from 2013 took advantage of that. With a full-blown website plus a PR and social media campaign, this was one of the most involved pranks of the year. Even though it sounded outlandish, there were still a slew of posts online debating whether it was real or not. #ScopeBacon still shows up every now and then online today, too — pretty good for a joke product!

Ever wondered how Google gives you those suggestions when you type something into the search engine? This silly video images that it’s a real person trying to type back as quickly as possible to give users entering search terms some suggestions.

They also took the chance to work on the message that Google is hiring for a lot of positions, and not all of them are for tech types. It’s funny but also a real message they want to send out.

With so many travel brands out there, companies are always trying to show what makes them different. What about hotels on Mars? That’s what Expedia said it was doing in one of their best April Fool’s Pranks. Their listings promise “extra-terrestrial pampering” and hover pods for guests to sleep in.

You might want to ask if they have any options on other planets though, because… 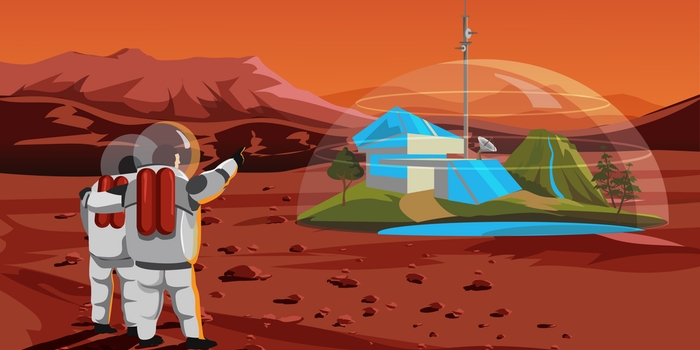 It doesn’t seem that outlandish to suggest that Richard Branson could — and would — actually buy a planet, does it? Virgin announced on April Fool’s Day that, “In a universal first Sir Richard has revealed that he has bought the former planet of Pluto for an undisclosed sum.” They also mentioned that Branson would be making sure Pluto’s status as a planet was reinstated.

Of course, he hadn’t actually bought Pluto, but it did make a great way to remind customers of Virgin  Galactic and their eventual places to have commercial space travel. Right now, you can’t buy tickets to travel to other planets, though you can reserve your seat on a trip to space for the low, low price of $250,000. So, who knows what could happen?

And we really wouldn’t put it past Branson to actually buy a planet in the future. 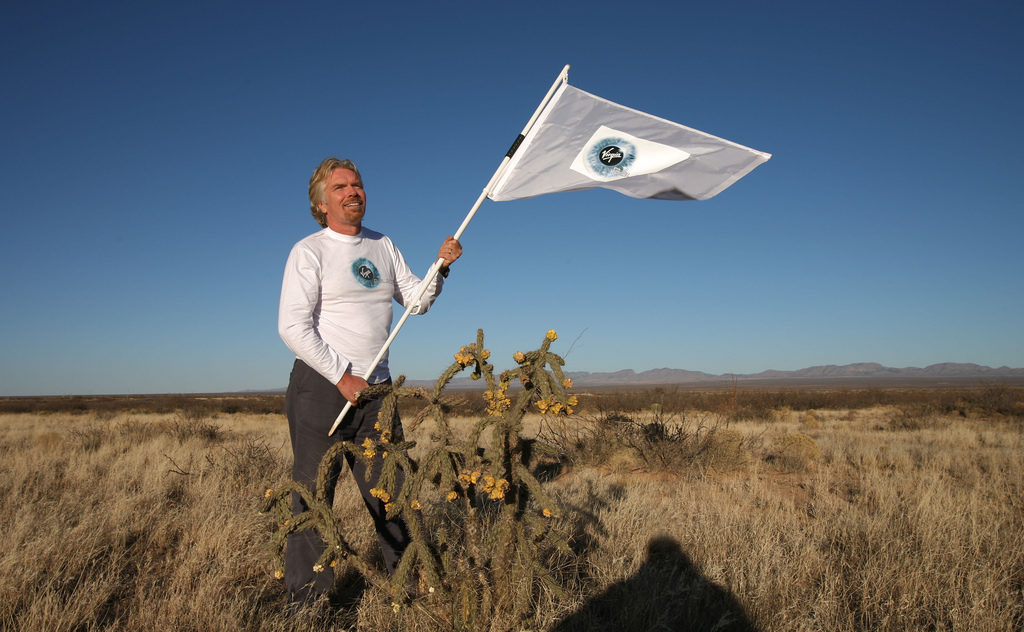 This actually wasn’t an April Fool’s joke — which is part of what makes it so brilliant! The news about Amazon’s Dash button was released on April Fool’s Day and a lot of people did think it sounded too good to be true. But that’s the catch — it’s real!

The Dash is a button you buy a certain product (say, detergent). You’ll place your button by where you normally put your detergent and then, when you run out of detergent, you press the button and automatically get an order for more from Amazon. If you were here at that time, you might remember we came up with a creative exercise that involves Amazon Dash Buttons, check it out! 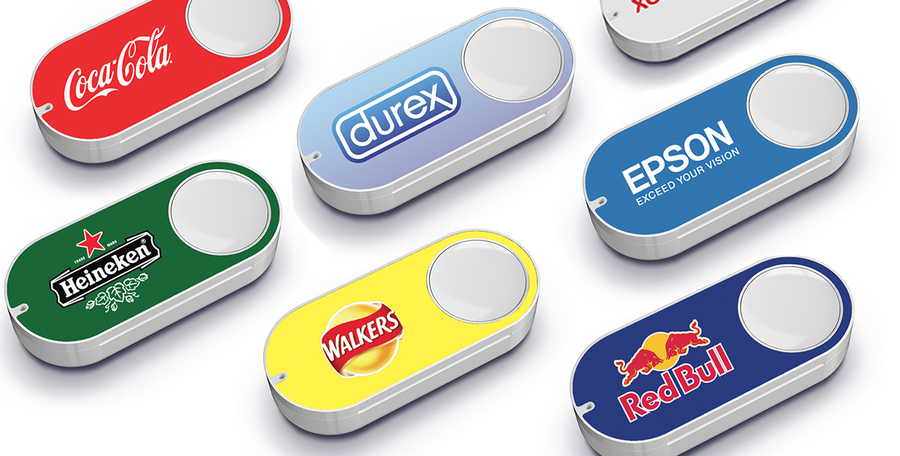