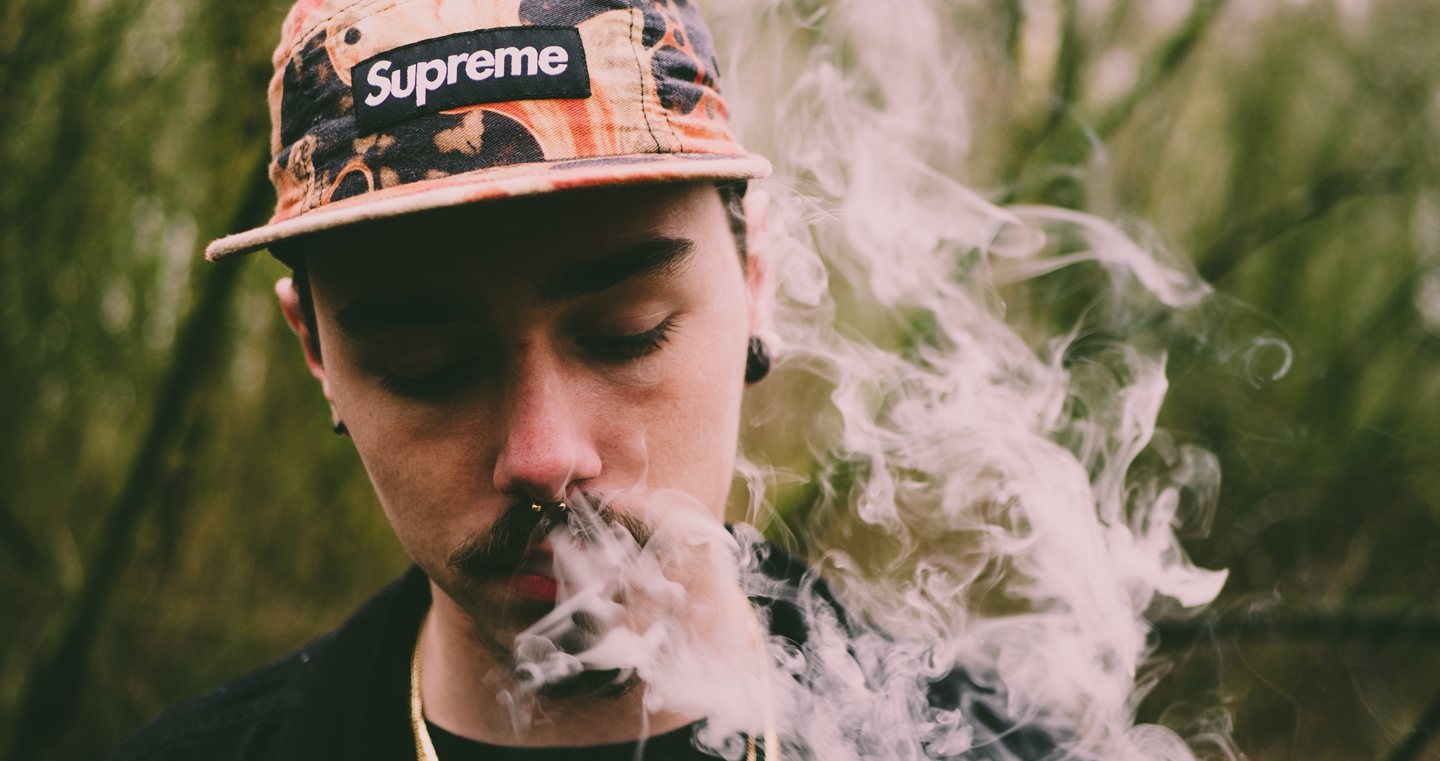 14 of the best streetwear collaborations ever

Just like nowadays every other song ‘features’ another artist, ‘collabs’ are the new cool thing to do in the world of fashion. There is a long history of high-end labels and underground streetwear brands borrowing from each other but until recently, this relationship hadn’t always been consensual on both ends. Such is the case of brands like Reason Clothing, parodying Hermès by dubbing it as ‘Homiès.’

This ‘inspirations’ often ended in legal actions. Such as when back in 2000, Louis Vuitton sent Supreme a ‘cease and desist’ letter over improper use of their monogram. Little did they know that they would end up designing a collection together almost 20 years later.

But why? What changed? Why are the likes of Burberry and Moncler willing to collaborate with underground brands that cater to a market with a lower income than their usual one?

Traditional luxury fashion labels, although still relevant, are not as coveted by younger generations as they once were. Millennials and Generation Z tend to look at luxury fashion labels as mainstream. While streetwear brands, because of their ‘underground’ status and hard-to-get items, appeal more to their individualistic nature.

…brands like Supreme and Palace can reach almost Beatlemania levels of hysteria.

Underground brands have also mastered the art of the ‘hype.’ Thanks to the ‘drops’, influencer endorsements and scarcity of the pieces, brands like Supreme and Palace can reach almost Beatlemania levels of hysteria. Items that sell out, end up being sold online for three times (or more) the retail price. This leads to a micro-economy inside an already established industry.

For streetwear brands, this might mean getting the recognition they deserve from the elitist fashion world. For fashion designers, this can open job opportunities. Like Demna Gvasalia starting with Vetements and moving onto Balenciaga or Virgil Abloh becoming Creative Director of Louis Vuitton menswear after creating his own successful streetwear brand Off-White.

At the same time, it can be a risk. If one of these brands embraces the limelight too much they may be seen as a ‘sell-out’ to their followers and, therefore, lose their ‘underground’ status which was what made them desirable in the first place.

Having said that, let’s now take a look at some of the best streetwear collaborations of all time.

In order to celebrate the tournament taking place in his motherland for the first time, Gosha Rubchinskiy collaborated with Adidas to create a 2018 World Cup inspired capsule collection. It launched on June 14, the same day as the tournament, and featured garments inspired by the host cities.

The Russian designer used his trademark 90’s-style prints to decorate jerseys, shorts, boots, sweatshirts and even a football. In typical Rubchinskiy fashion, for the promotional shoot, he hired regular teenagers with no modelling experience and took the pictures himself.

A post shared by DOVER STREET MARKET LONDON (@doverstreetmarketlondon) on Jun 5, 2018 at 6:49am PDT

Unlike most celebrity brands, which go on to sell for a few months at a retailer and then fade into obscurity, Drake’s OVO has been consistently growing since it was launched back in 2011. Thanks largely in part to a collaboration with Air Jordan, the brand has been able to continuously release coveted trainers back to back. Some of the best pieces include the Jordan 10 Retro ‘OVO’ and the Jordan Trunner LX ‘OVO.’

There are rumours flying around that supposedly Drake is about to finish his partnership with Air Jordan and move on to Adidas instead. But at the time of writing this blog post, it hasn’t been confirmed yet. 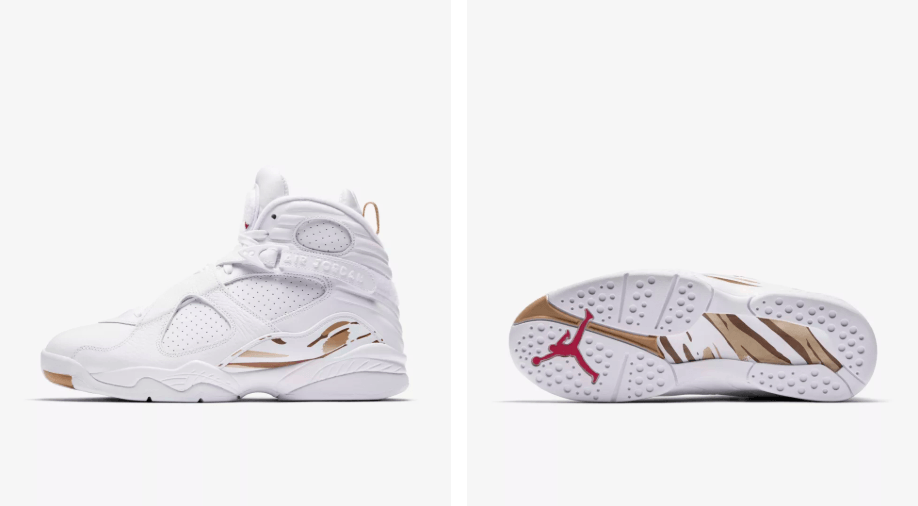 Back in February 2018, two of the most relevant streetwear brands today Mastermind JAPAN and Anti Social Social Club joined forces to release some unique pieces. The first of which, a black bomber jacket with a skull print on the front, was teased on the Instagram account of the Japanese brand. Other pieces include a hoodie which features the iconic bold types of Anti Social Social Club on the back.

Mastermind JAPAN is an iconic streetwear brand yet it maintains a low profile when compared to the others. In the end, it might be a good strategy as it only creates more hype. Especially when partnered with the likes of Anti Social Social Club. 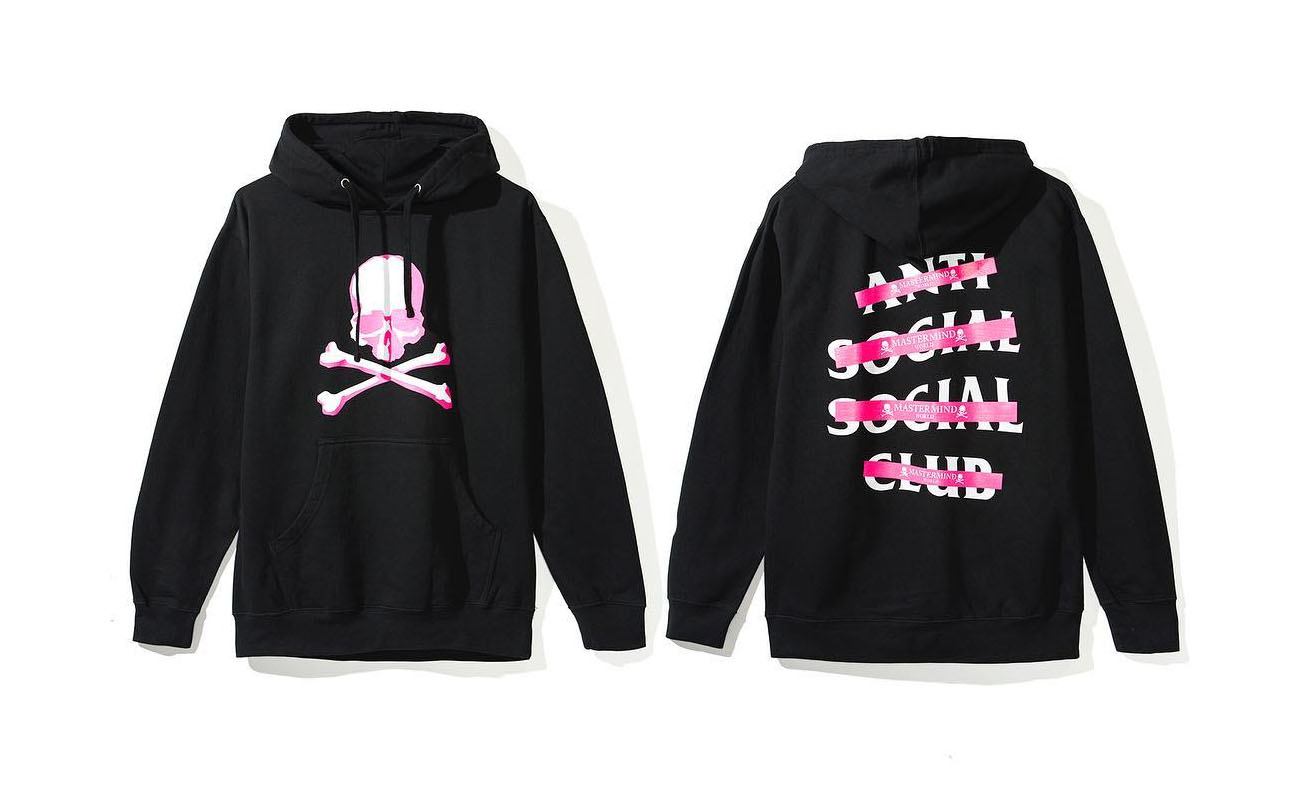 Demna Gvasalia always knows how to call attention and back in 2016, when he partnered with Champion, it was no exception. Vetements may not be as hot now as it was a couple of years ago but there is no denying that they’re in big part responsible for the current affair that luxury fashion is having with streetwear.

The capsule collection which included hoodies, sweatshirts and sweatpants was received positive reviews by both critics and streetwear fans. A great turnout for Vetements considering that, up to that point, they had been using the Champion logo without their permission. 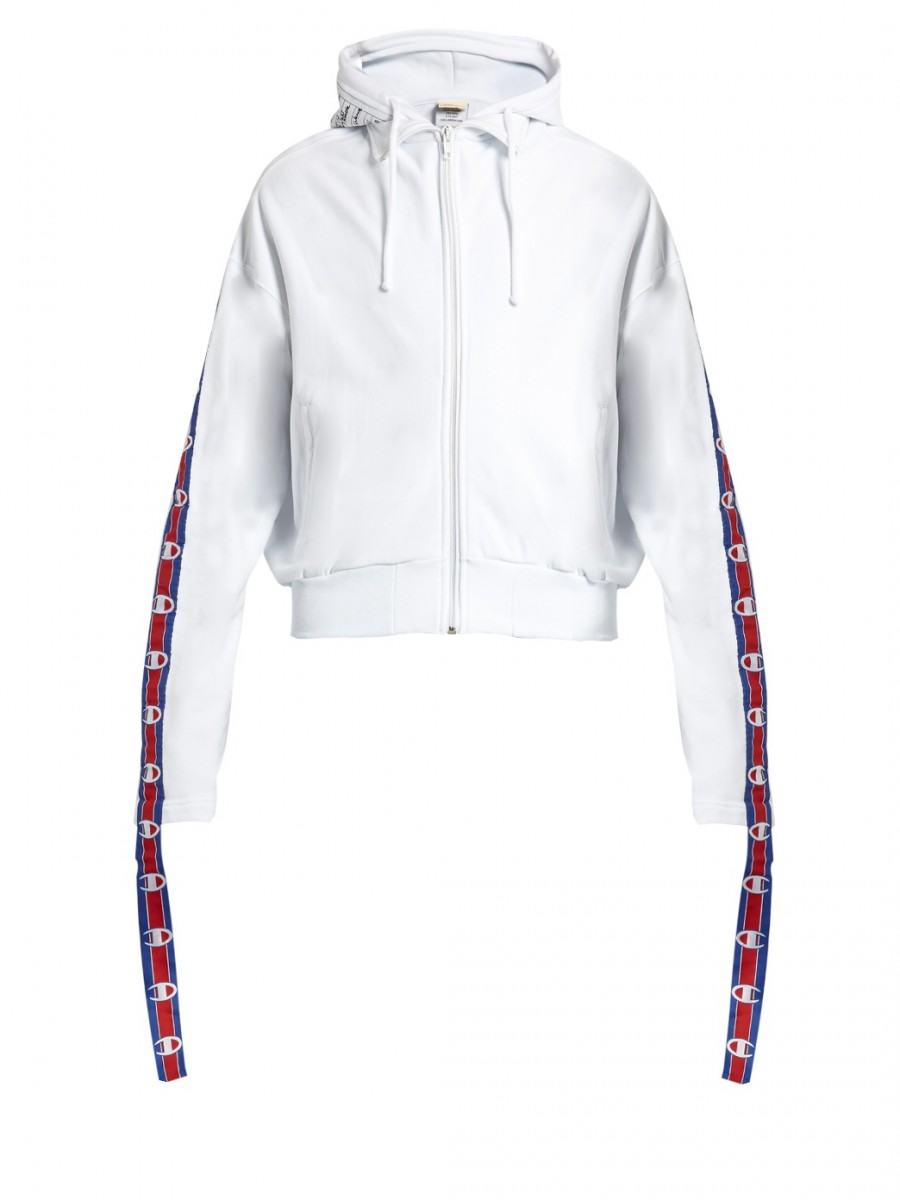 When we think of streetwear, probably Disney is not the first brand that comes to mind but this collaboration goes to show you that anything can work with just enough imagination. Instead of the usual suspect Mickey Mouse, The Hundreds picked the lost boys from the 1953 version of Peter Pan and gave them an urban look. The capsule collection included printed T-shirts and embroidered baseball caps.

While refreshing, the idea is hardly new as it follows a long tradition of streetwear brands reinterpreting cartoon characters that go all the way back to the 80’s. 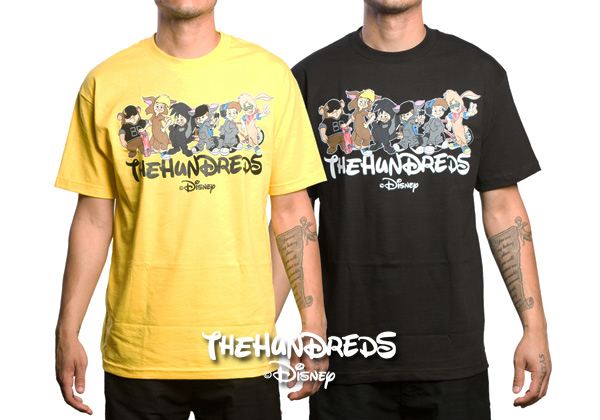 Fear Of God (FOG) has been a favourite of celebrities like Justin Bieber for years but it wasn’t until they partnered with PacSun when they tested the waters of mainstream fashion. Aside the brand’s favourites (hoodies, sweatshirts and T-shirts), the so-called The ESSENTIALS collection also included denim products, outerwear and accessories.

24 of the pieces were sold in shops while the other 25 were only accessible online. With prices ranging from $40 to $350, this capsule by FOG’s designer Jerry Lorenzo was accessible when compared to his own original label. Giving fans who cannot afford high-fashion price tags, an opportunity to buy their way into the brand. 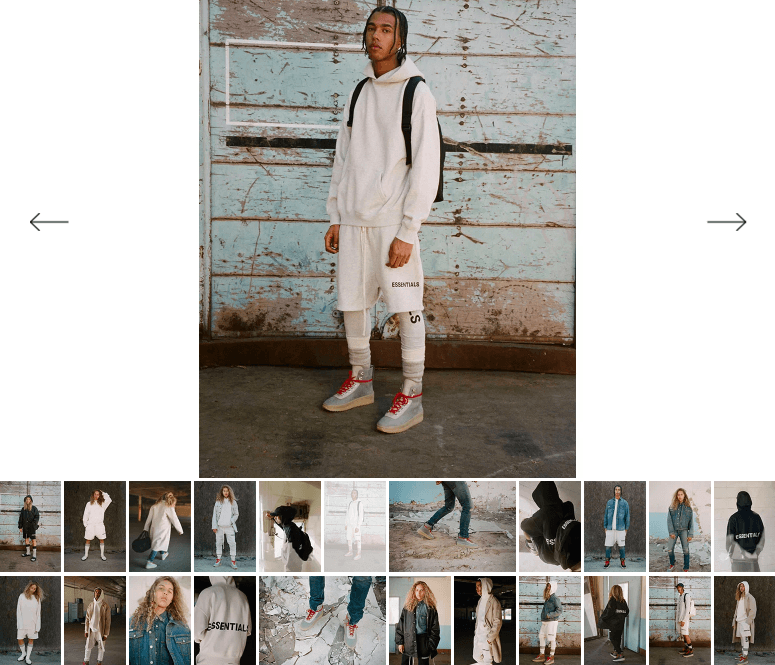 Even though they’re the oldest collaboration on our list, going back to 1997, the partnership is still going strong. Almost 20 years after they first go together, Stüssy and G Shock released their latest model in 2016 called DW-5600. The collaboration is considered tame by today’s fashion standards but back then, it was revolutionary and set the trend for the many more that would come after. 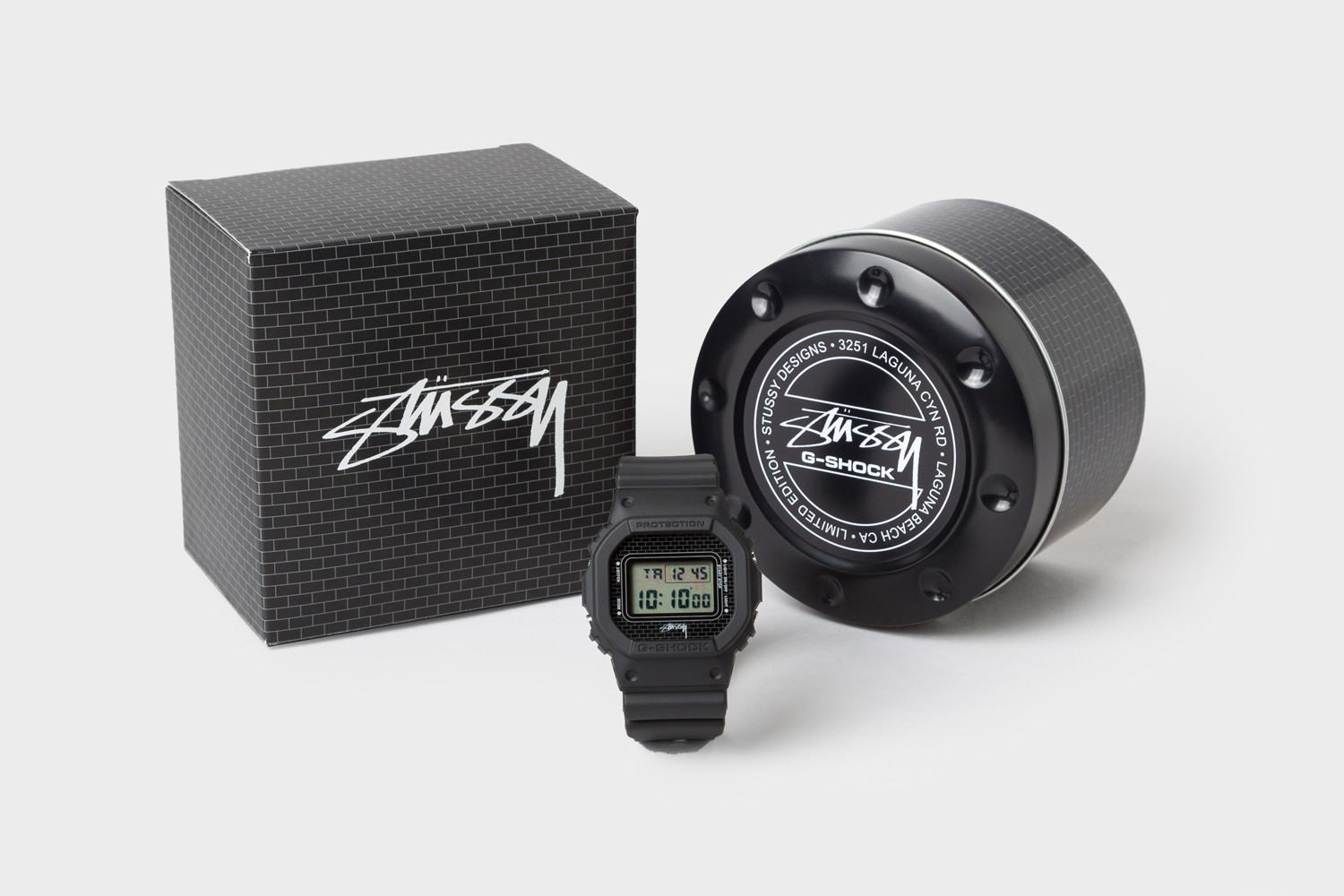 Ever since Watanabe spread his wings and flew off Rei Kawakubo’s nest at Comme des Garçons, the fashion world has been following his steps. Thanks to his artistic sensibilities, the Japanese designer never fails to impress. Case in point, his collaboration with The North Face.

Some of the pieces the Watanabe designed for the outerwear brand include a baseball jacket, a long coat and an oxford jacket. Worth noting is the duffle bag material he used on some of the garments. 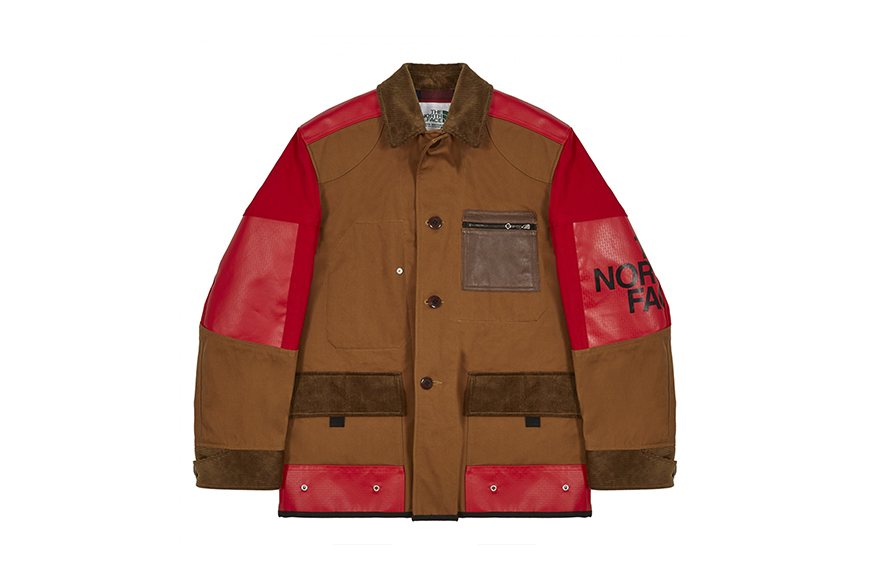 For any woman who’s a fan of hip-hop fashion, this collaboration is a dream come true. Karl Kani was THE brand of the 90’s (worn by the likes of Aaliyah, Tupac and Biggie) and some of its most iconic designs get a 2018 facelift in this capsule collection with PretyLittleThing.

After collaborations with Adidas, New Balance and Nike, Ronnie Fieg secured a collection for his brand Kith with the French Label Moncler. This partnership is a beautiful blend of the two brands. On one hand, you have the iconic pieces from both labels like the Rochebrune by Moncler and the Lachat Down Hoodie by Kith, on the other, there’s the red, white and navy palette which represents their countries of origin (the USA and France). 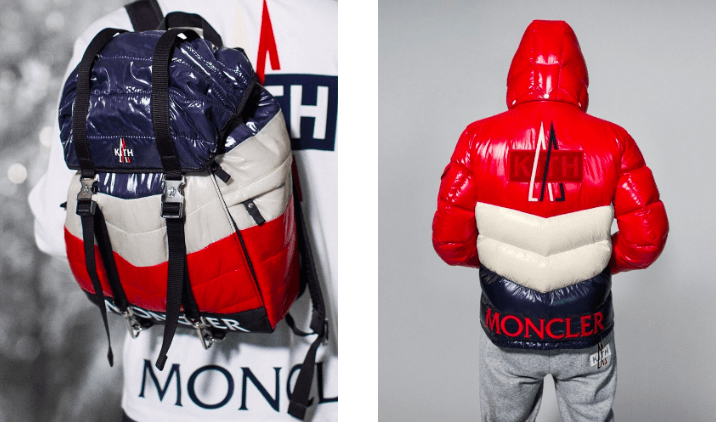 Not only was it hyped to death by celebrities and streetwear enthusiasts alike but it is also iconic due to its historical context. As we mentioned, back in 2000, Louis Vuitton sent a ‘cease and desist’ letter to Supreme due to improper use of their logo — only for them to end up walking together down a Paris runway. If this doesn’t tell you about the current state of streetwear in the fashion industry, then I don’t know what does.

The collaboration was released along with Louis Vuitton’s autumn winter 2017 menswear collection. It featured six styles of bags with the iconic monogram along with Supreme’s logo. There were also jackets and overalls along with bespoke skateboards. Although hyped, unfortunately, it didn’t last long as in December 2017 the French label released a statement saying they wouldn’t be working together anymore. 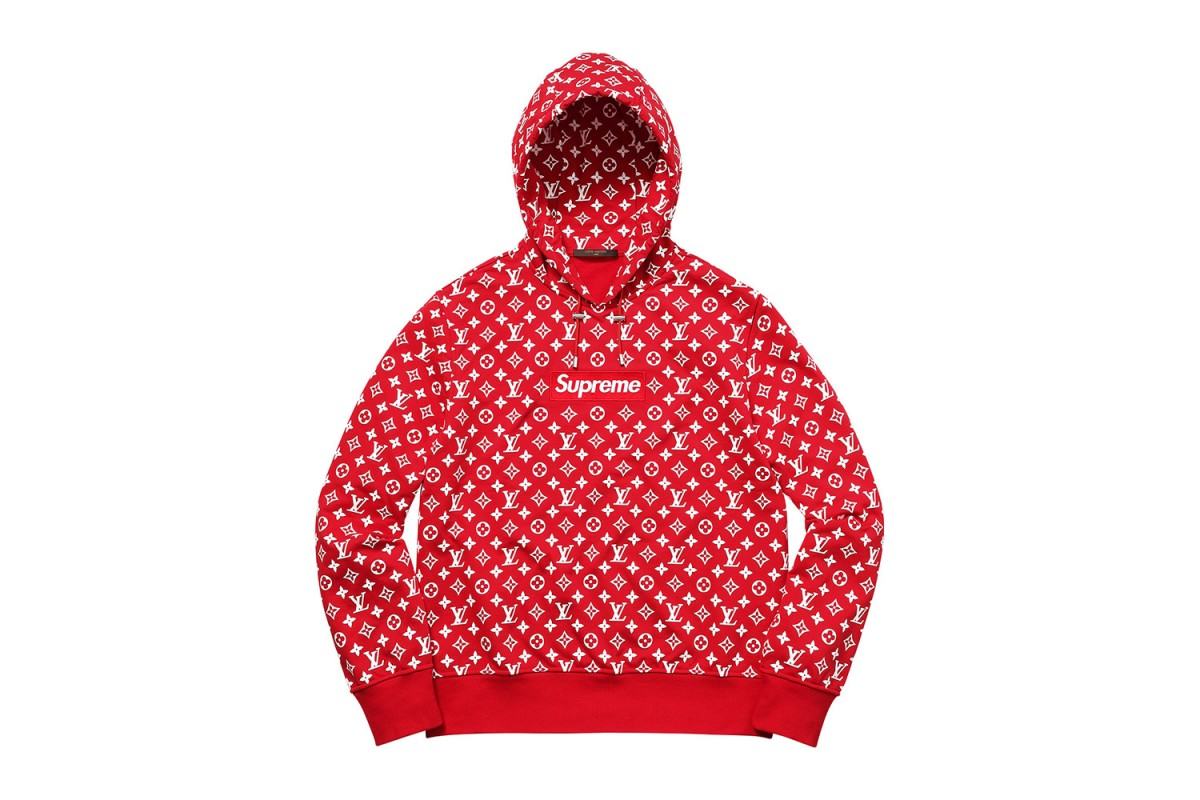 Back in 2012, American designer Mark McNair and Timberland paired to release a capsule collection. The most talked about was the recolouring of the iconic Six Inch Boot. McNairy stated that the boot was his favourite piece of the brand and wanted to add some colour to it.

The Creative Director of Off-White, the latest ‘it’ designer Virgil Abloh, paired with Nike to reimagine some of the brand’s most iconic designs. The collection was praised by streetwear fans everywhere, leading to the Nike Air Jordan 1 to be named the Best Sneaker of 2017 by Highsnobiety. 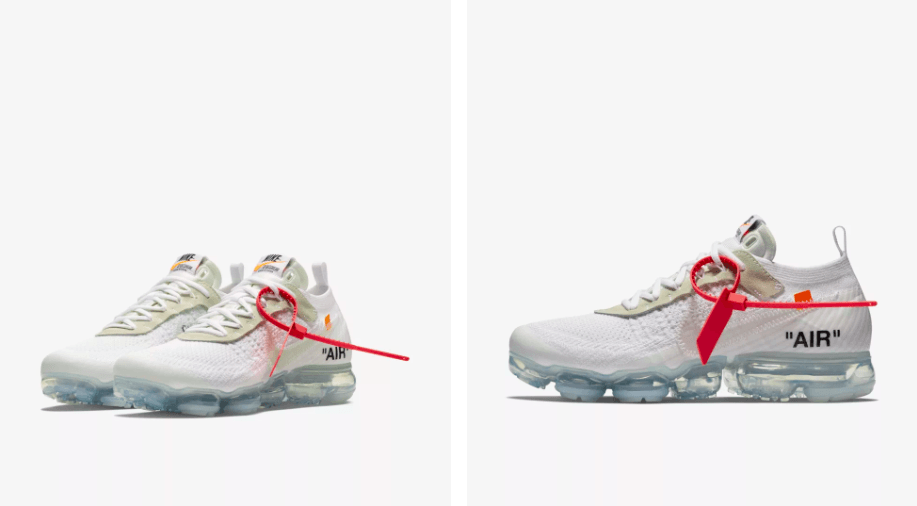 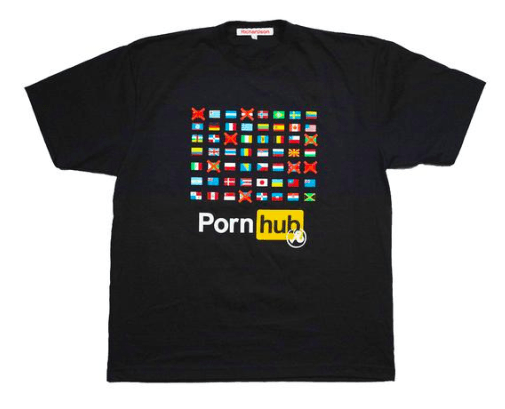 We’re kidding, of course. Here‘s a quick explanation in case you don’t know what I’m talking about. 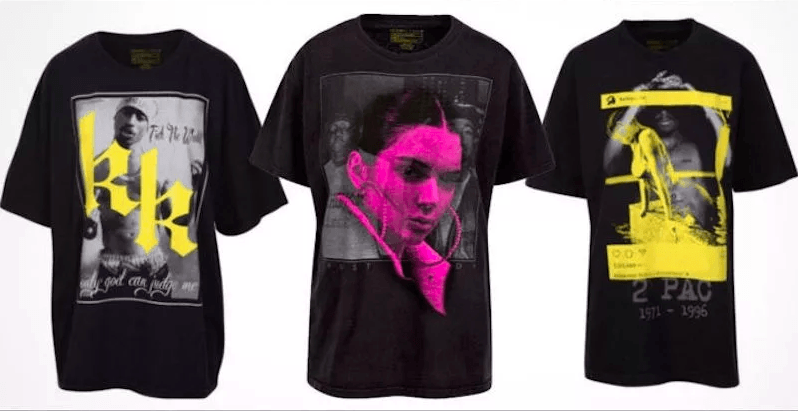 Thanks to our five years of experience in the promotional clothing industry, we are able to offer a service catered towards the needs of fashion designers and creative directors. Printsome’s T-shirt printing services are perfect for streetwear collections, T-shirt lines and merchandise, among many other possibilities.

From the moment you get in touch, one of our printing experts in either Edinburgh or Glasgow will answer all of your questions and find efficient solutions to your needs. It is our mission to help you reach your goals.

We ship all over the UK with flexible delivery services that can adapt to most deadlines. Fast T-shirt printing has never been this easy. Need bulk T-shirt printing? We got you covered. Why worry about inventory or logistics when we can take care of that? To find out more, simply visit our website by clicking on the banner below.