Creative exercise: We imagine Britol’s graffitis as a T-shirt line

Today we’re taking a look at a form of expression that is considered both art and a protest tool, street art and graffiti. First, it’s essential that we distinguish clearly between the two concepts. The word ‘graffiti’ comes from the Italian word graffiato or “scratched” and referred originally to ancient drawings found in caves. Nowadays, the use of the word has evolved and is synonymous with vandalism, hence the birth of the concept ‘street art’ in an attempt to differentiate the two styles of public expression. Within both concepts there are a wide range of different styles and specialisms.

Some insist that it is an integral part of urban culture, while others simply call it vandalism, full stop. Regardless of whether you love it or hate it, it is often the voice of the people and in this post we’re covering a city that’s talking loud and clear: Bristol.

Bristol, famous for being the European green city, having a proud port heritage and showcasing some awesome street art. Why is street art so famous in Bristol? Is it because it is the home of Banksy? One of the world’s most famous street artists? Or because it holds The Urban Paint Festival? Unlike any other place, Bristol’s relationship with street art brings with it economical bonuses and it’s got cultural benefits worth protecting, which explains its recurrency all over its walls.

To celebrate Bristol street art, we’ve designed a fictitious clothing brand called ‘Bristees’ (Bristol + T-shirts). Throughout the article we’ll show you what the south western imaginary brand are made of. 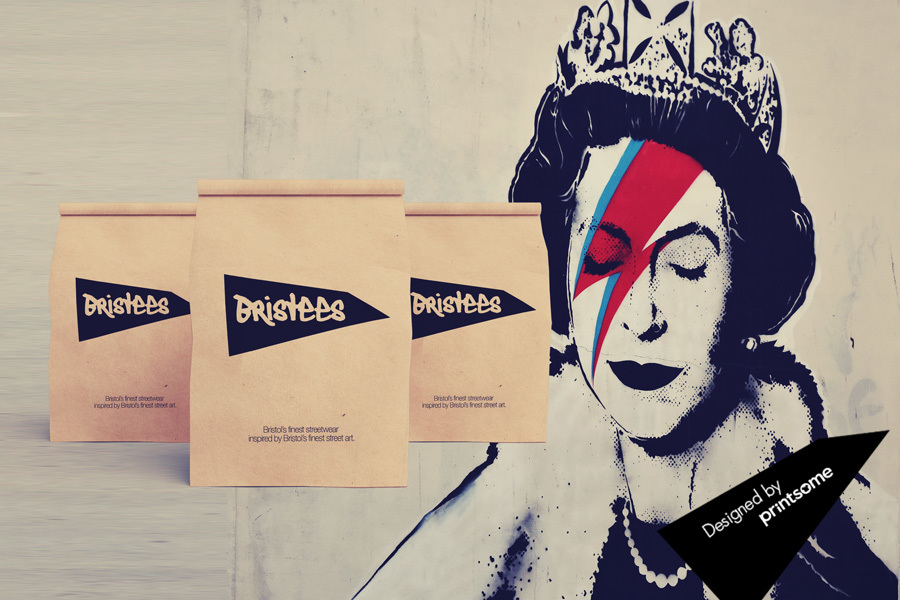 This artwork is awesome. A fat stormtrooper drinking beer and cooking meat inside R2D2’s dead shell? Sign me up! Let’s just hope this is not a preview of what’s going to happen in the next movie. Unfortunately, this awesome stencil piece has now been covered. What waste of awesome artwork… 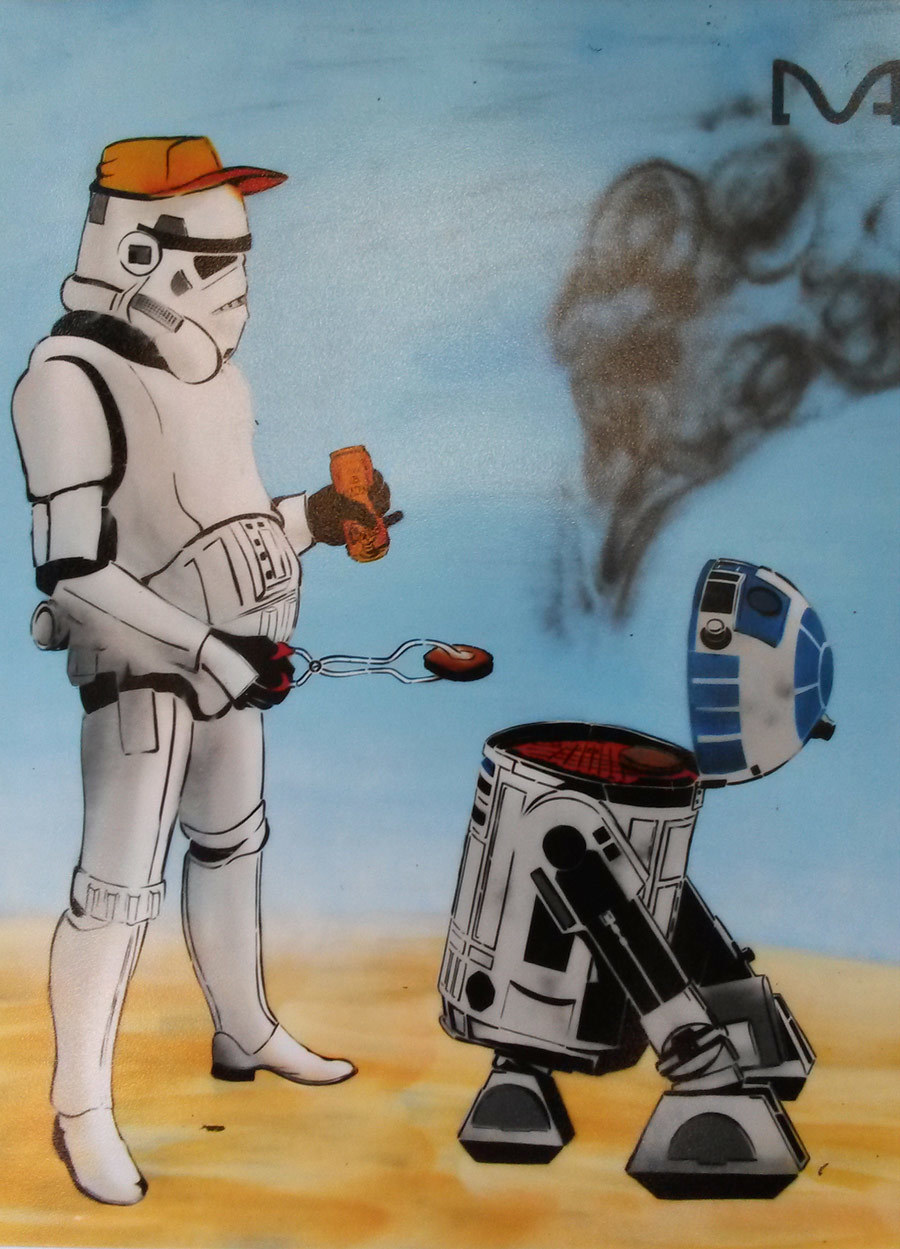 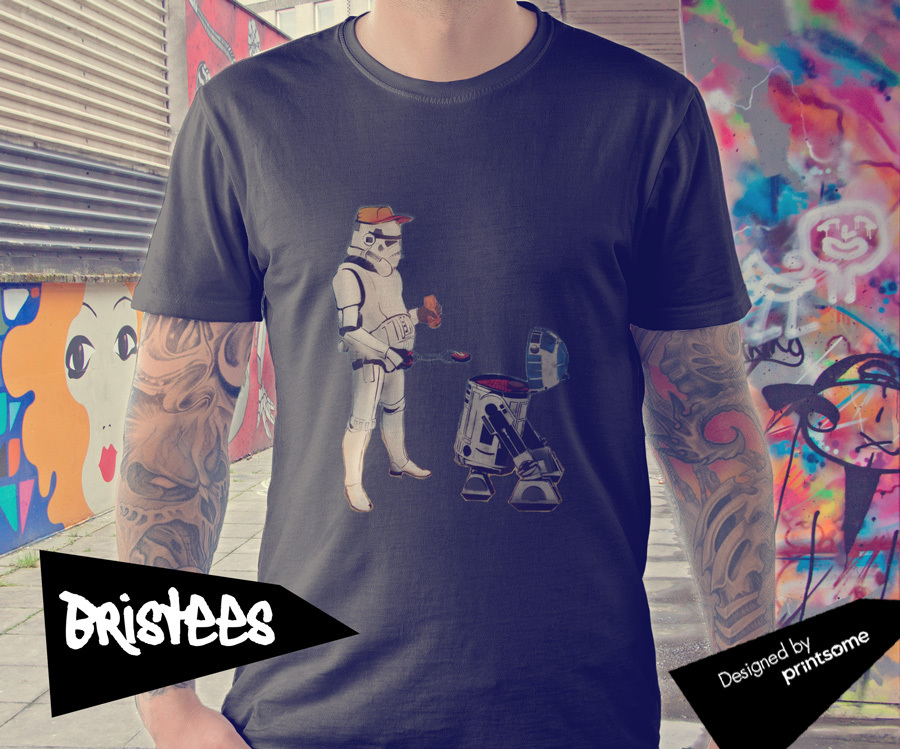 Once again, homeboy Jesus comes back to show the world what he is capable of doing. I mean no disrespect, but this piece is hilarious. It is superb on several levels. Aside from a sense of humor, the artist demonstrates a mastery of colour and great knowledge of the human anatomy. I’d say the Vatican should use this piece of street art as a brand ambassador. It would surely help younger generations to attend church on Sundays! 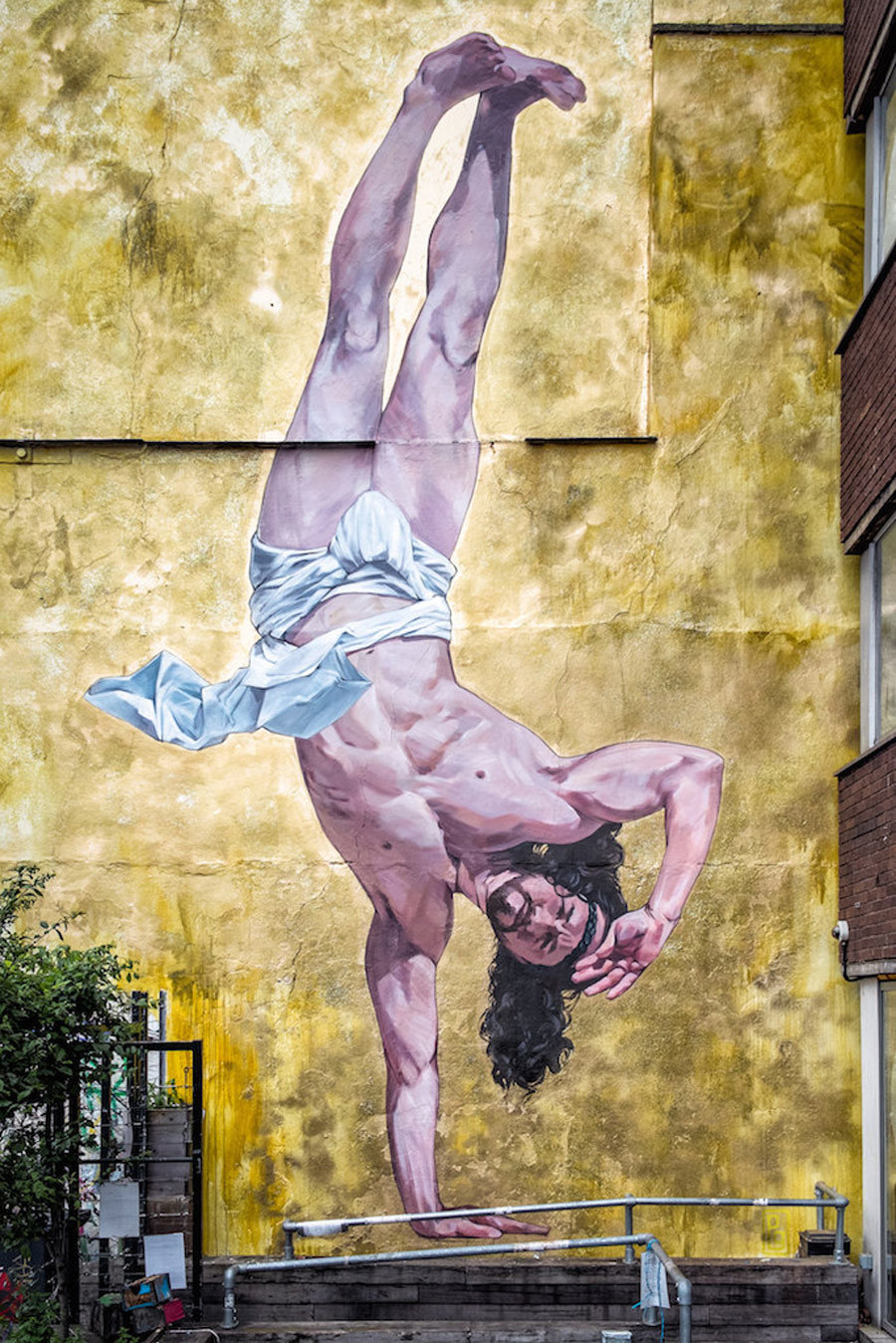 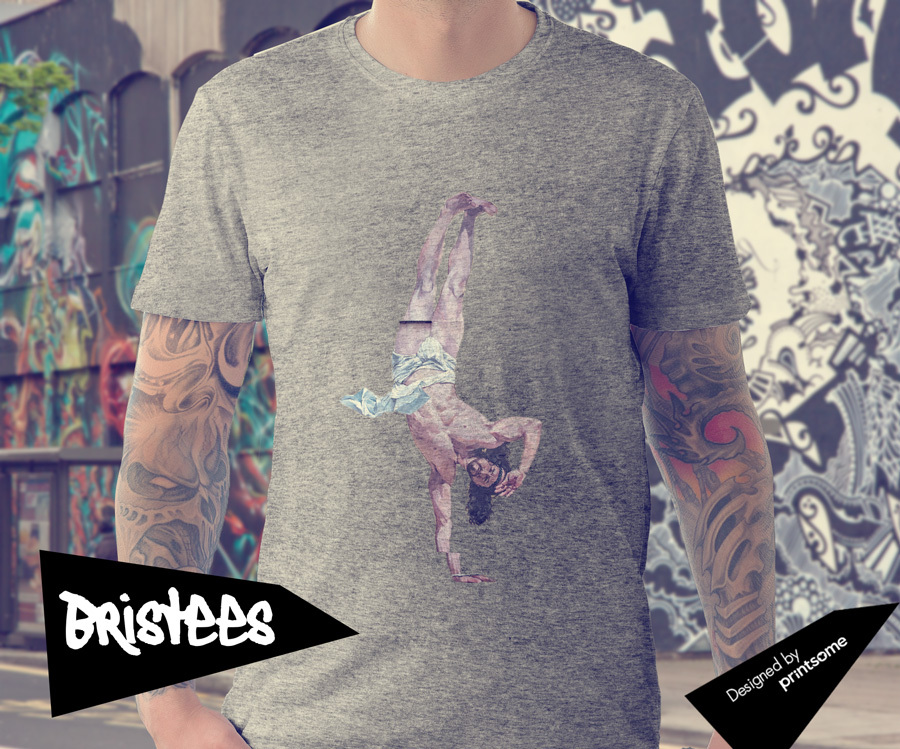 On the same line as the grey heron, this bird stands out against the blue background. Thanks to being captured mid flight, this paste-up gives the illusion of movement. We have now a snapshot of a blue bird flying. 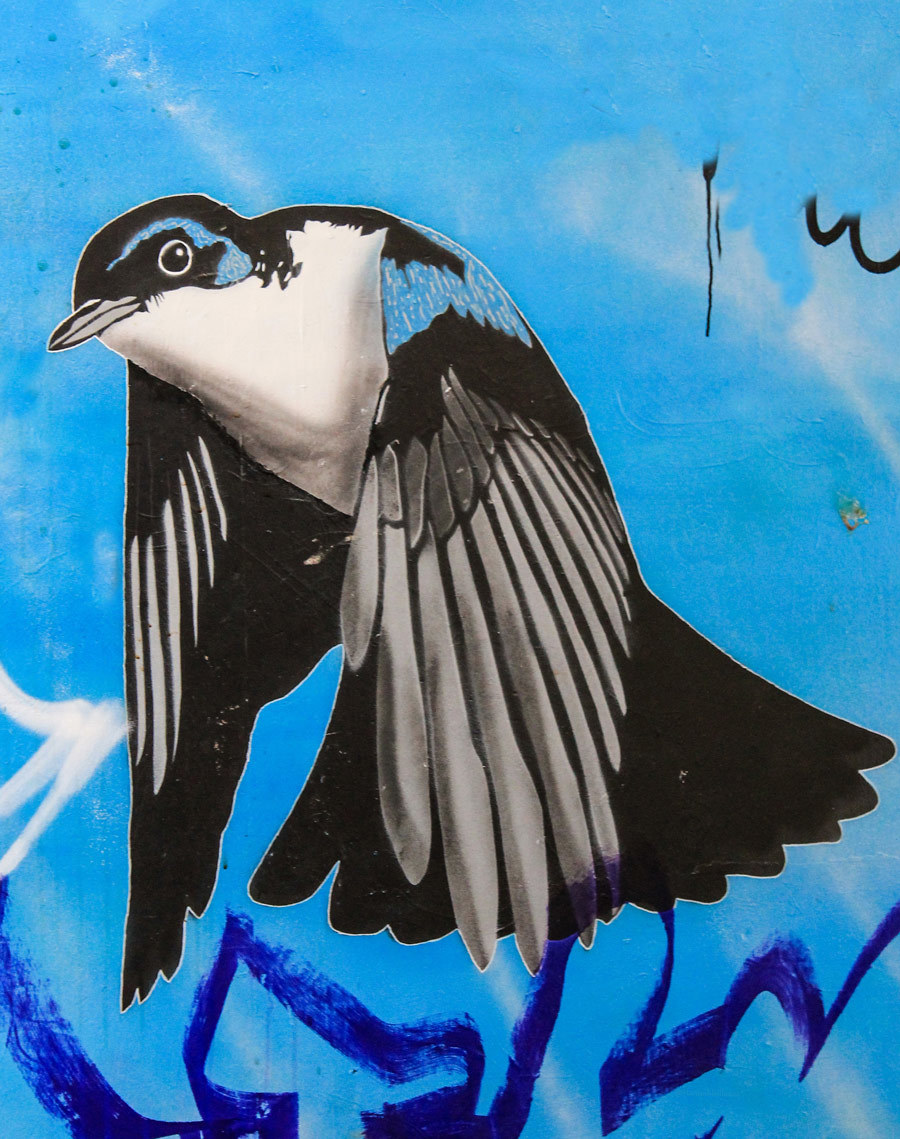 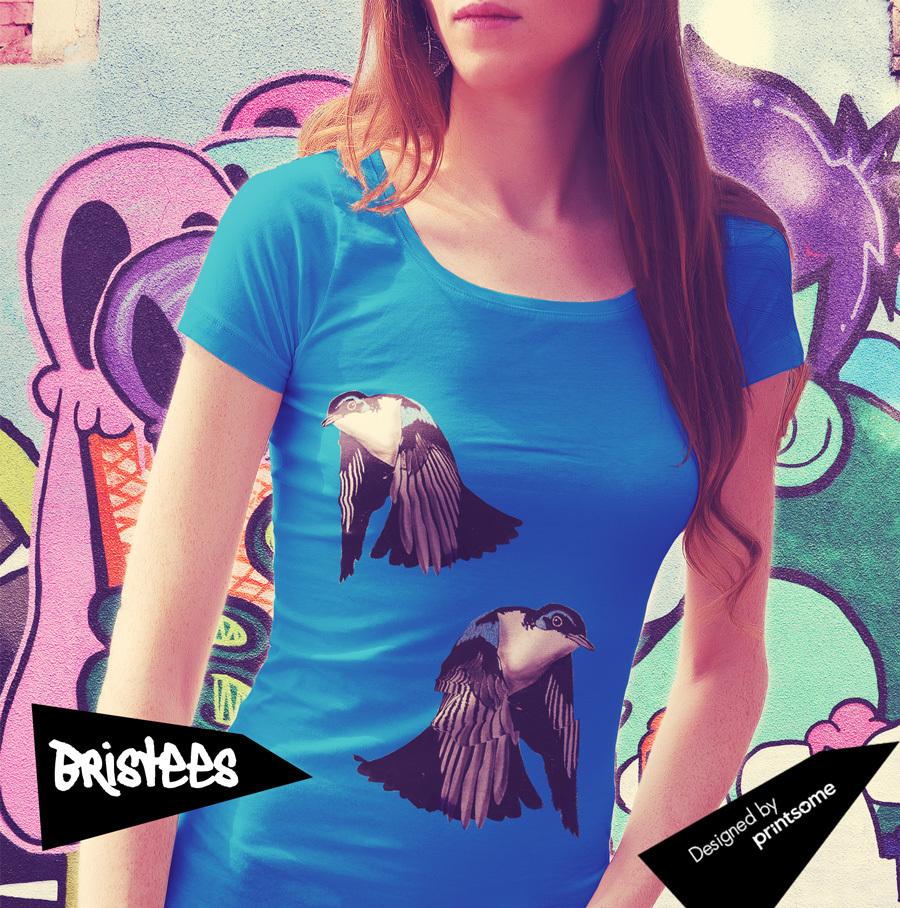 The one you were all waiting for, can you guess who’s artwork it is? Banksy yep… This piece is not the most famous of his work, but definitely deserves attention of its own. As with any Banksy piece, the best part is the interpretation. With very little information, the entire set of actions that led to this moment are played in our heads. What you can’t see is that the artist painted it on the wall of a sexual health clinic. Damn Banksy! Back at it again with the social criticism. 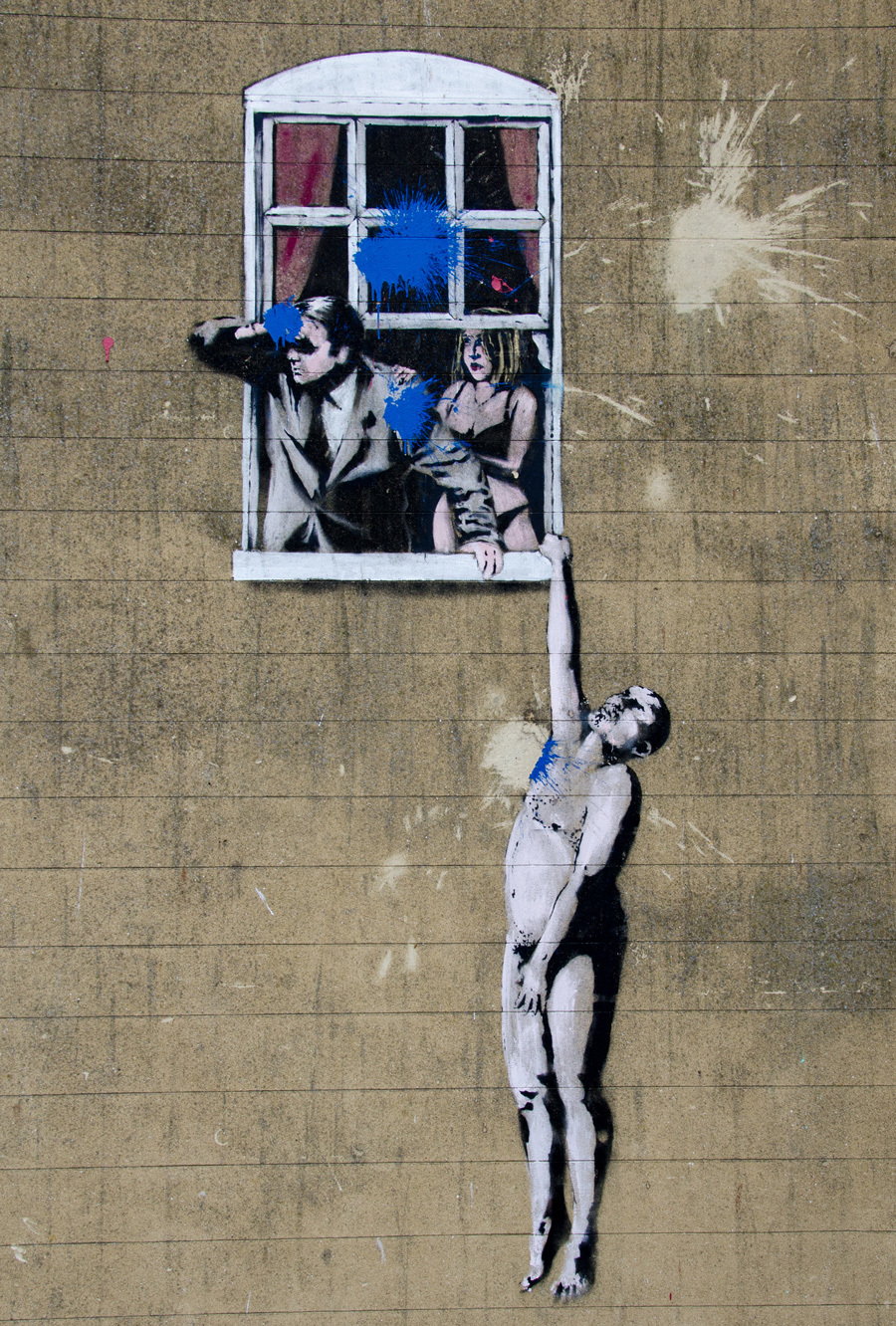 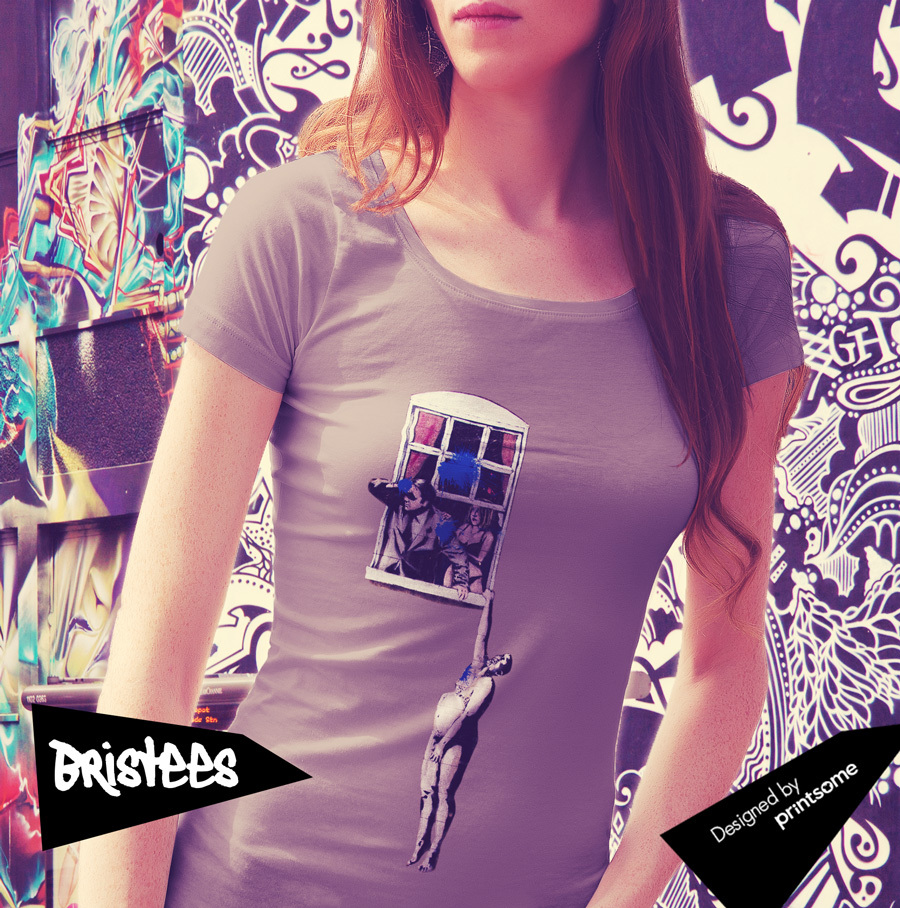 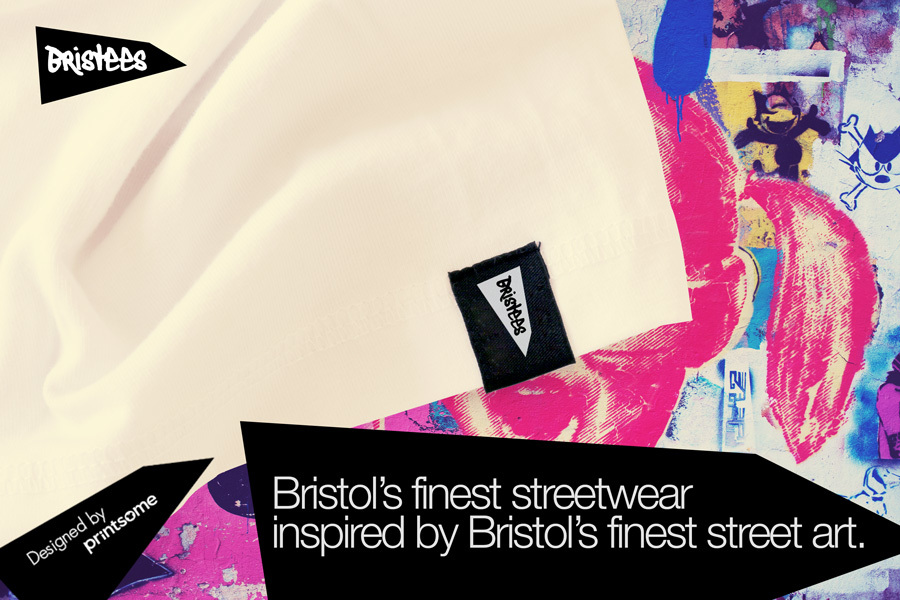 What are your favourite examples of Bristol street art? Please, let us know in the comments below or you can also tell us by contacting us through any of our social media outlets. In the meantime, keep reading the Printsome Blog for more awesome content.

Printsome is an online T-shirt printing agency in the UK based in London who deliver all across the UK, from printing t-shirts in Brighton to York and everywhere in between. So, if you’re after T-shirt or custom clothing, indulge yourself in some awesome customer service and get in touch for a quote.