For those who’re into T-shirt printing in Cardiff, you’re in luck because (guess what) the Welsh capital is the next place we’ve decided to visit as part of our imaginary* T-shirt lines series.

We’ve searched far and wide for the most fascinating things about your beautiful city. Though it was hard, we’ve managed to narrow it down to just six things that make the Welsh capital so special.

These six things boil down to six ’S’s. That is six things that begin with ’s’ that are unique to Cardiff. Their official tourism board website calls it ‘The City of the Unexpected’, and we certainly didn’t expect so many things linked to the same letter here!

* Disclaimer: This is an imaginary T-shirt line. We don’t produce it. We don’t sell it. So please, don’t ask where you can get it. Thanks!

Cardiff locals are very proud of their rugby team, Cardiff RFC. which was founded in 1876 and is known as one of the best rugby teams in the world. They’ve beaten a lot of countries’ teams, including South Africa, New Zealand and Australia, who took six attempts to beat the Blue & Blacks.

Their football team doesn’t have quite as good of a record, unfortunately. They were promoted to the Premier League for the first time in 51 years in 2013, but only won three games — including one against Manchester City and another against their fierce rivals Swansea — and were relegated promptly. 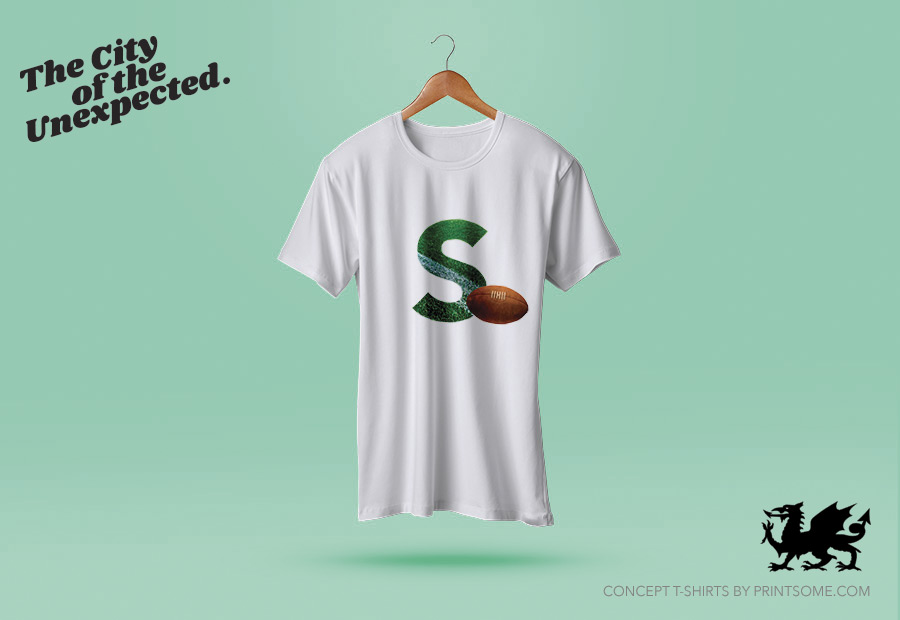 Now it’s time for some rapid-fire fun facts about Cardiff. Did you know that it’s one of smallest European capitals? Its population is around 340,000. It’s also one of the newest European capitals, as it only became one in 1955. And as astonishing as it sounds it has more hours of sunlight than Milan, so take that, Italy!

Note: You may also be interested in ‘A T-shirt label inspired by Birmingham.’ 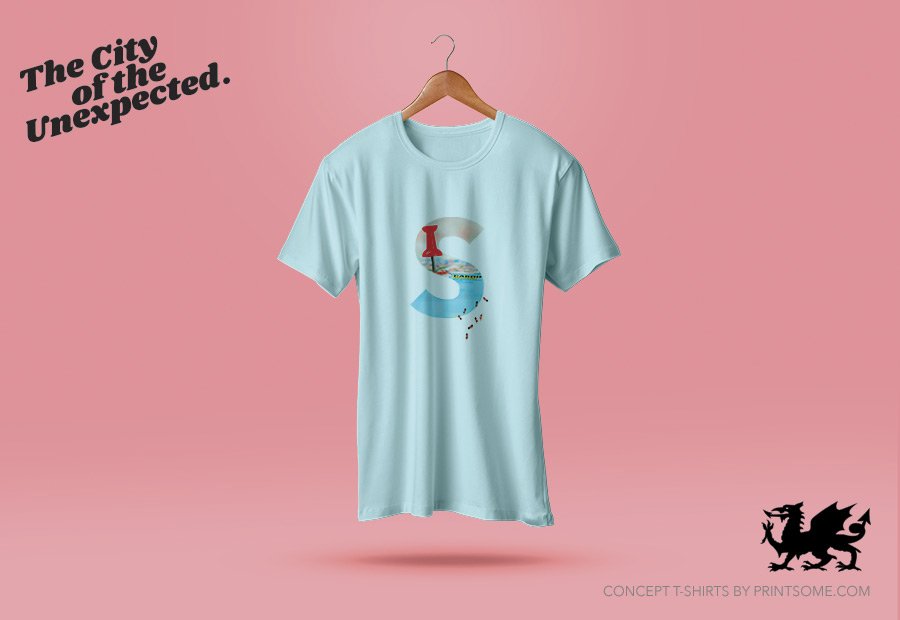 Cardiff has two very famous seafaring stories. The first is Captain Robert Falcon Scott, an Englishman who led the Terra Nova expedition. They set sail from Cardiff and wanted to be the first people to reach the South Pole.

While they did reach the South Pole, Scott’s story has an unhappy ending. Not only did his Norwegian counterpart Roald Amundsen and his team make it to the pole about a month ahead of him, but Scott and his team also all perished in Antarctica.

Welsh pirate Captain Henry Morgan has a cheerier tale. He was a buccaneer an admiral in the Royal Navy and also one of the most famous pirates in history. He ended up becoming the Lieutenant Governor of Jamaica later in life. But you probably know him best as the Captain Morgan the rum is named after. 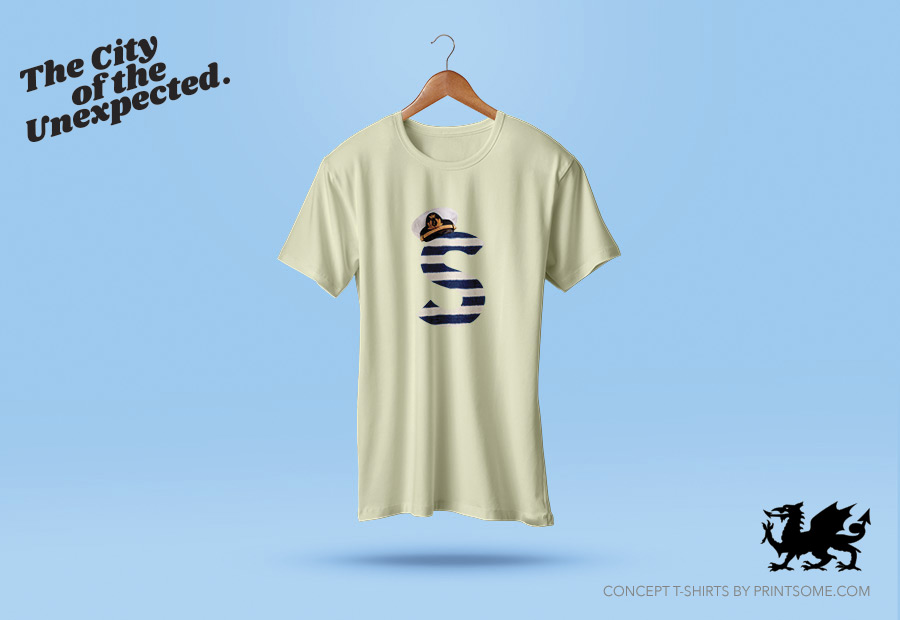 [content_band bg_color=”#E8F6D2″ border=”all”] [container] Are you looking for T-shirt printing in Cardiff? ? Printsome prints T-shirts locally in the UK and delivers them fast all over the country. Get your free quote now![/container] [/content_band]

Opened in 1894, Spillers Records has the distinction of being the oldest records shop in the world. When it opened, it sold phonographs, an early version of the gramophone. Here’s a video of one from 1906 if you’re interested in hearing what they sounded like.

The shop has moved location twice, but it still sells records and all sorts of things for music lovers. You can find it in the Morgan Arcade now. Their website has always got a list of new releases up. 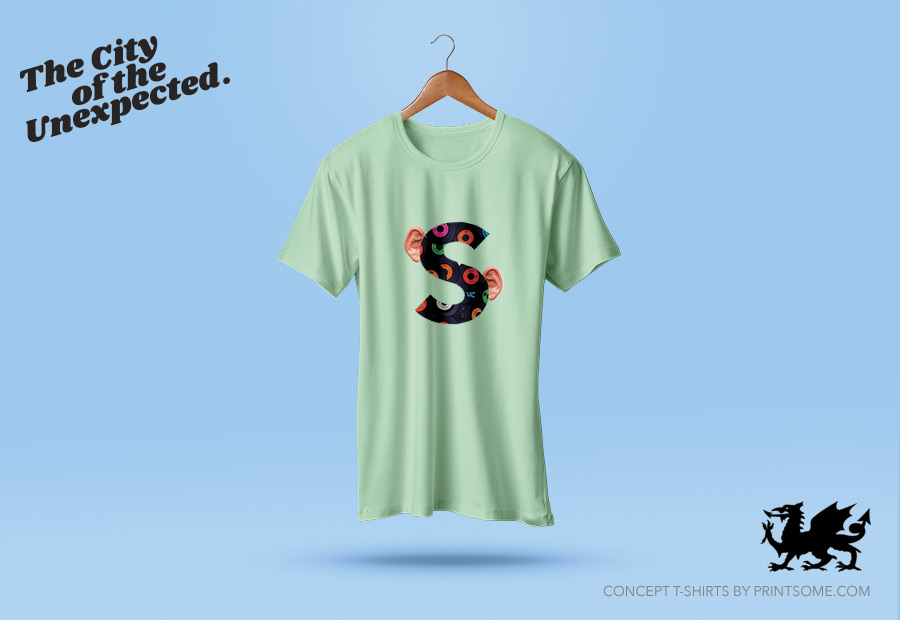 This is writer Roald Dahl’s birthday! He is so beloved by the people of Cardiff that they’ve named a large public plaza after him, Roald Dahl Plass. “Plass” is “square” or “place” in Norwegian as a tribute to the author’s Norwegian parents. It’s a great spot on the docks where you can eat, drink, shop and even see live performances.

The city also just held a celebration for his 100th birthday. More than 35,000 people showed up, lots of them dressed as their favourite Dahl characters. They even rolled a giant peach through the streets and transformed the city hall into a peppermint sweet.

Note: You may also be interested in this imaginary label inspired by Glasgow’s architecture. 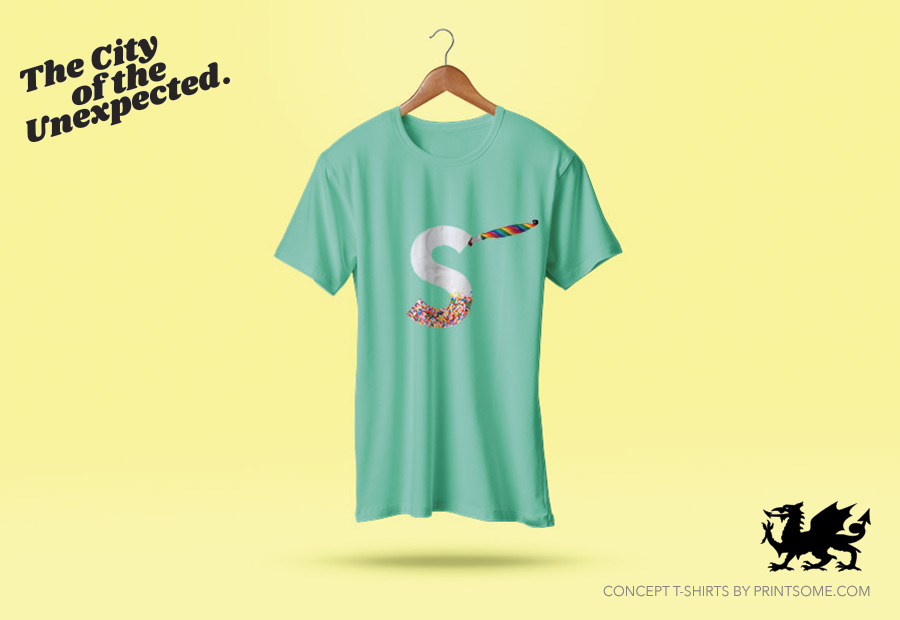 As in, the lord of Senghenydd (I can’t pronounce that). His real name was Ifor Bach, and he’s got a nightclub named after him today!

Bach is quite a hero amongst the Welsh for standing up to the English back in the 12th century. The story says that Englishman Earl William Fitz Robert tried to take land that belonged to Bach, but the Welch was having none of it so he broke into Cardiff Castle by scaling the walls and kidnapped the Earl and his family. Needless to say, Fitz Robert gave Bach his land back, and with interest, too

History aside, Club Ifow Bach, also known as the Welsh Club to anglophones, hosts all sorts of concerts, from local favourites to big-name groups. The idea of the club is to have a Welsh-speaking venue. 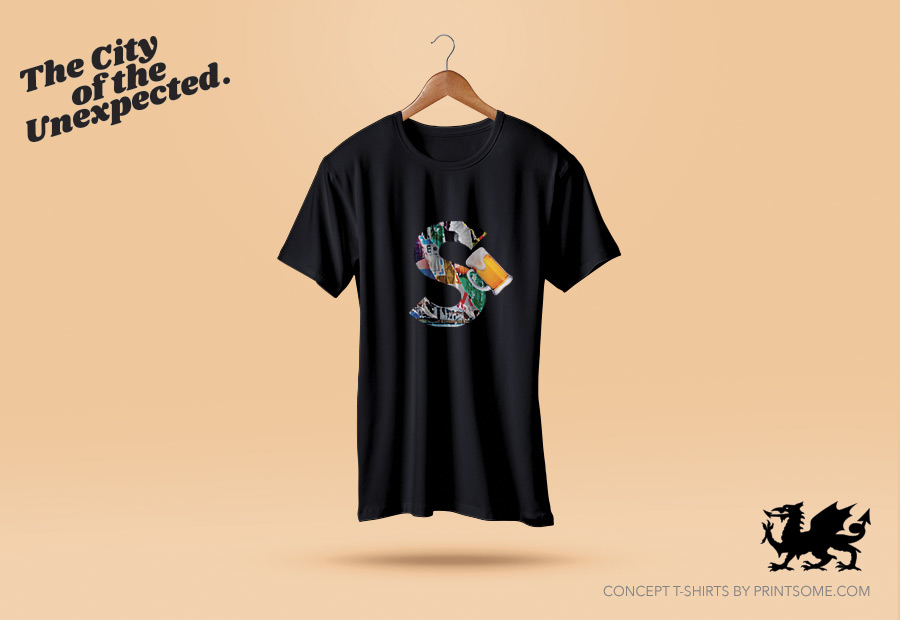 From the moment you get in touch, one of our printing experts in either London or Cardiff will answer all of your questions and find efficient solutions to your needs. It is our mission to help you reach your goals.

Printsome is a personalised clothing printing company that delivers throughout the UK. We offer screen printing, direct to garment, express t-shirt printing and all printing in between. If you really are looking for promotional t-shirts, then start a conversation with us and let’s get your project off the ground!