Best clothing crowdfunding projects of may

Is it May already? This year is going by so fast!

A new month, a new group of brave souls who look into crowdfunding to kickstart (no pun intended) their dreams and ambitions. This time around, we bring you a revolutionary garment for mums, customised printed t-shirts with literary works, scientifically designed scarfs, a textile company in Brooklyn seeking to help a village in Côte d’Ivoire and a jacket that promises to make your travels much more comfortable.

Some of the most beautiful words ever pronounced by men come from the world of poetry and now Litographs is inviting you to wear them! The online retailer already sells literary printed t-shirts, tote bags and even temporary tattoos, but is now launching a new line of Scarfs! In order to celebrate the new addition, the brand has decided to run a Kickstarter campaign to give their followers a chance to customise their scarfs and/or t-shirts.

The campaign, which has already surpassed its $15,000 goal ($66,927 funded at the time of writing), invites its backers to upload, or choose from the company’s online library, any text they would like to all-over print on the garment. Basically, Custom Lithographs gives their backers a chance to wear their favourite words — may it be Shakespeare’s or from the novel a cousin wrote on her spare time.

If you’re wondering about copyright, any text that was written before 1923 is fair game. To find out more about Intellectual Property, check out this recent post we wrote on the subject.

Brought to you by Global Travel, a manufacturing company specialised in travel jackets, comes to you a jacket that promises to make your travels much more comfortable. Seriously, it features pockets for everything but a hammer.

The Ultimate Everyday Carry Jacket comes in three models: Soft Shell for the rainy days, Sweatshirt for being comfortable and staying warm, and Polar Fleece for the cold days. It’s got pockets for your iPad, water bottle, wallet and anything in between. The garment has even got a special support for your headphones and a built-in cleaning cloth for your glasses!

If you’re a traveller then I’d definitely suggest you should check out this campaign and its developers. 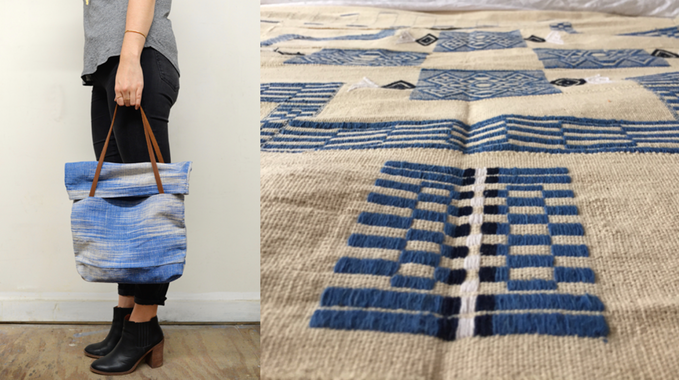 An ethical textile company designed to not only protect the craftsmen and women behind these beautiful pieces, but also sell high quality and contemporary fashion items.

Emma Wingfield and Laine Henry, the creative minds behind Five I Six, came up with the idea of this enterprise when they met with the head of the Waraniéné collective, a village on the north of Côte d’Ivoire that is historically known for its traditional weaves. The collaboration came from the community’s need to connect with the consumer and offer a competitive product. This is where Emma and Laine come in, combining handcraft with minimalist design, the duo has come up with a line of fine pieces that include bags and pillows. I’m coveting the City Tote myself.

By supporting Five I Six you’re not only helping these girls launch their line, but also contribute to the economy of Waraniéné and its people. 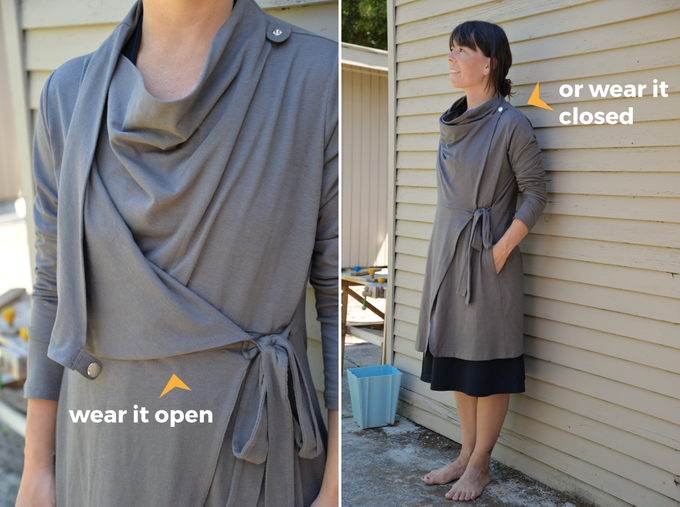 Designed by mothers for mothers, Bombshell promises to become THE must have garment for mums everywhere. Not unlike a trench coat or the protective clothing a plant’s engineer might wear, Bombshell has been designed to be worn over a layer of clothes (it’s much more stylish than a safety vest, don’t worry about that).

Like most inventions, this garment was born out of necessity. In this case the original idea was envisioned by Bobbie, who as a young mother, needed apparel that would not only look great, but also provide comfort and protect from the splattering messes her daughters would often ensue. Fast forward to present day, Christiana and Liz (Bobbie’s daughters) are now mothers of their own and have found themselves in the same predicament. Seeing that in four decades nobody had launched a product that could satisfy their needs, they picked up their mother’s prototype and went onto production.

The design’s main feature is its flexibility. It can be worn, open or closed, it’s got deep pockets and even some adjustable flaps that make it possible to breastfeed without taking the garment off. Also worth noting is its material which is an organic, ethically made hemp/organic cotton jersey. If you want to support this project, you can do so by donating on their Kickstarter page. 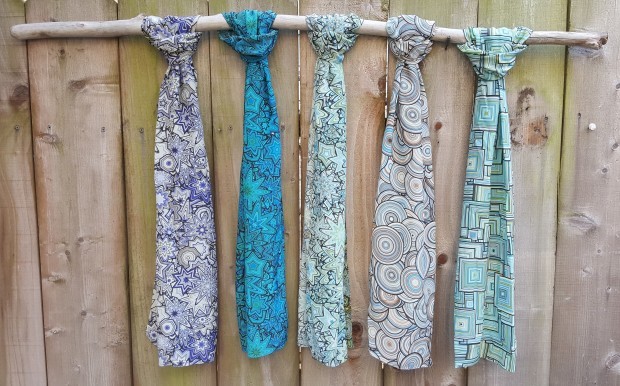 Fashion apparel for science lovers! Personally, I love it when science and art collide. ArtAtomic is a project that features scarves printed with patterns inspired by science. In the creator’s own words:

“With code, I create particle systems. As the simulation runs, the particles bump into each other, changing and growing. The patterns, shapes and colors,  slowly emerge like a blooming garden.”

Artist, scientist and designer Kristin Henry’s creations have been featured in art galleries and throughout events in Scarborough and San Francisco. She now wants to enter the world of apparel and for that she has organised a campaign on Indiegogo.

If you would like to make a donation to this project, you can visit her page on the crowdfunding platform. Perks for supporters include postcards, prints and colouring books which are a big trend for adults right now.

Do you know of any other (ongoing) clothing crowdfunding campaign you think we should be talking about? Or maybe you’re organising one yourself? Then please, let us know in the comments below or send us a message via any of our social media campaigns. In the meantime, keep reading the Printsome Blog for more awesome content.

Printsome is a t-shirt printing company offering, printed hoodies in Birmingham, custom polo shirts in Hull, and much more everywhere else in the UK. For a quick quote on custom shirts or personalised polo shirts, or simply a nice chat about t-shirts, get in touch!