Coca-Cola marketing: What makes them so good?

Have you ever wondered about the relevancy of the advertisement for a product that everyone and their mother knows?

As with many things in the world, ironically, the companies that need advertising the least are the ones with the highest budgets for it. On the bright side, it gives them the ability to get creative with their marketing, and in the process remind us why they are as successful as they are.

Why do these incredibly popular brands even need to advertise? For brands that are not yet household names, for example like custom clothing companies, it’s obvious, they want to get their product out there. Companies that are already big do it for different reasons, though. They may want to refresh people’s memories, or say, “This is why we’re the best.”

Coca-Cola is a perfect example of this.

Some of Coca Cola’s most successful marketing campaigns

Unless you live in North Korea or Cuba (the only two countries in the world where you cannot legally buy a can of Coke) you know what Coca-Cola is, and yet they still spend massive amounts of money on advertising and marketing campaigns. To the untrained eye, there is no point to this effort, but to you, marketing majors and observant television watchers, you know that there is very much a point. Coca-Cola is constantly reminding us that we kind of want a nice cold carbonated drink because the idea of drinking one is so much sweeter than the actual beverage.

Note: Check out some of the biggest marketing blunders from recent years – and yes, it includes Coca-Cola!

And this is the secret, train our brains to associate the brand with a good feeling (happiness, relaxation, friends, love, etc) rather than a soda. Following this motto, they recently changed their slogan to “Taste the feeling,” which encapsulates all flavours and types of Coke rather than just one. Coca-Cola’s genius marketing strategies are a large part of why they are so ridiculously successful, and so here are some examples.

As we talked about before, Coca-Cola was highly successful with their “Share a Coke” campaign where they put people’s names on their bottles. As a spin-off of that campaign, Coke started putting song lyrics on the bottles, telling us to “Share a Coke and a Song.” The diversity of lyrics contains something we can all relate to, with quotes from songs like Queen’s “We are the Champions,” Randy Newman in Toy Story’s “You’ve got a friend in me,” and Snoop Dogg’s “Drop it like it’s hot.” In short, Coke once again came up with a great way to remind us that we might, in fact, want one of their tasty beverages. 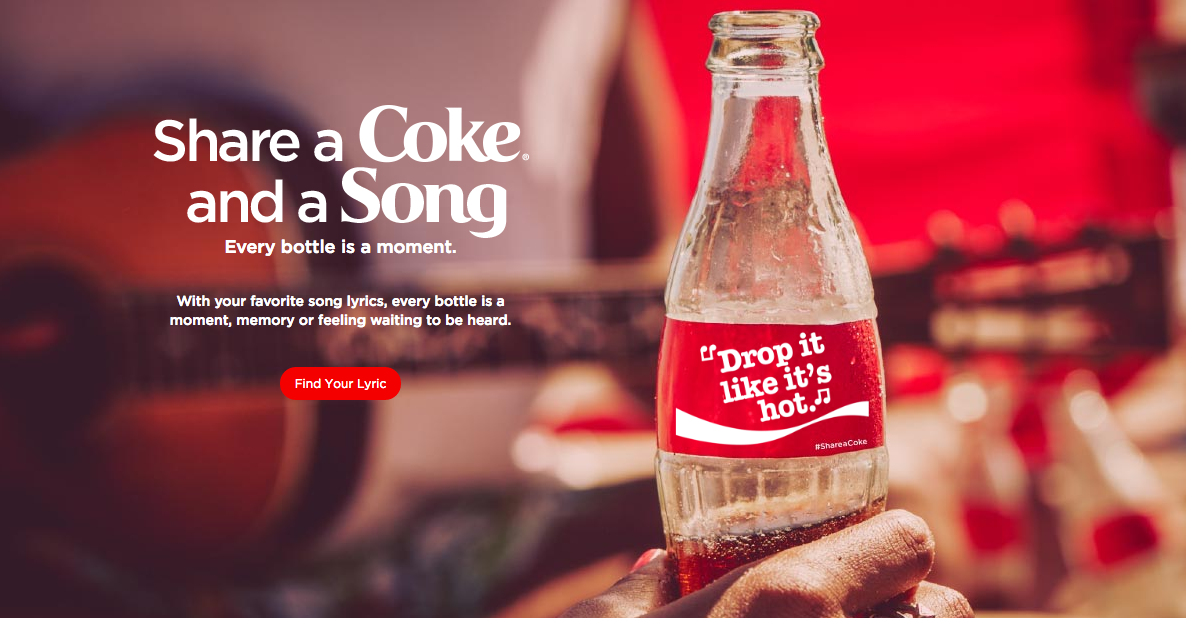 In August of 2015, creative agency CreateLondon designed for Coca-Cola a special Twitter vending machine that would hand out bottles of the drink and branded T-shirts to whoever tweeted the hashtag ‘Choose Happiness.’ The device was installed in three of the major London Railway stations and they were an instant success. 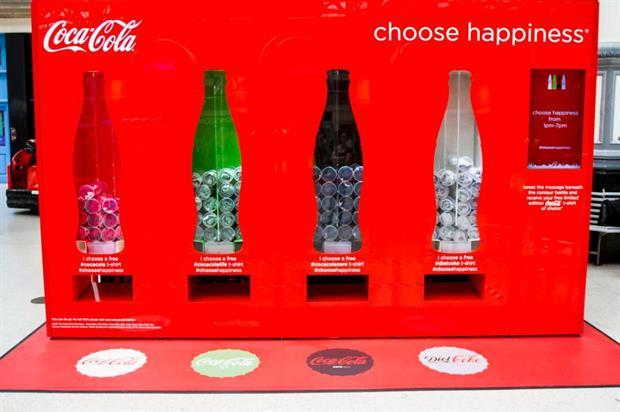 Coca-Cola has always been famous for their Christmas seasonal advertising. I, like many others probably, thought that it was Coke’s fault that Father Christmas now has to wear red. Turns out that it is not, but it goes to show you the power a brand can have over its consumers. For their 2015 Christmas ad, Coke put a unique vending machine in the middle of a town square and filmed people’s reactions. The machine not only gave out free Coke but dispensed balloons attached to wrapped Christmas ornaments for everyone to enjoy. The heartwarming video shows us why Coke has a special place in our holiday hearts.

In celebration of Coca-Cola’s 75-year partnership with the United Service Organizations (USO), Coke released specially themed America cans. If you’re an American like me, (not a Trump supporter, for the record), you know that Budweiser has done something similar and completely changed their name to “America” up until the presidential elections. Us Americans love being patriotic, and Coke really hit the mark with these promotional cans. 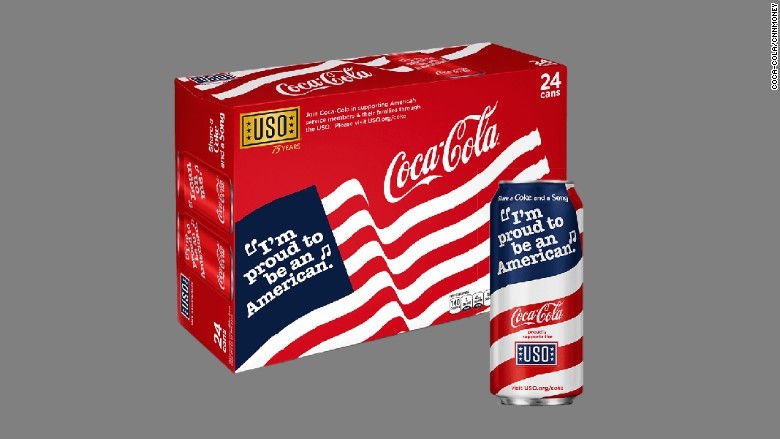 Coca-Cola recently decided to update the ever-popular Coke Zero diet soda with a version called Coke Zero Sugar, which is similar to the old product but supposedly tastes much more like regular Coke. In typical Coca-Cola fashion, the Great Britain sector plans to give away over four million samples of the drink throughout the summer. Previous advertising for diet sodas focused on the sugar-free version as a substitute rather than the main product. This switch in focus is a bold move for Coca-Cola, and what looks to be a great marketing play. 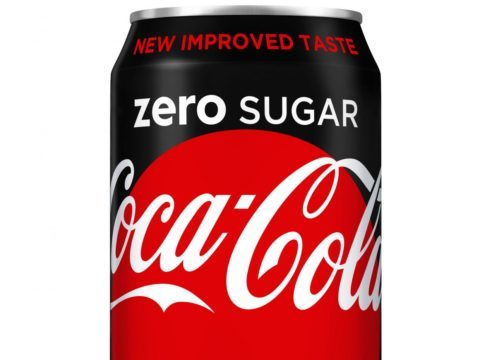 By the way, do you need T-shirts for a marketing campaign? ? Printsome’s apparel-printing services are perfect for making souvenirs, merchandise and staff uniforms, among many other possibilities. Visit our website to find out more.

Way back in 2010 Coca-Cola introduced the ‘Happiness Machine’ on a university campus in New York. The Youtube video was so successful that it lead to the creation of the ‘Happiness Truck’ and the ‘Happiness Store.’  This was before using vending machines was even cool! They then followed up with a truckload of vendors asking for hugs, smiles and James Bond!

There’s that word again. Coca-Cola made it possible for us to ‘share’ a can of coke with a twist. Genius! 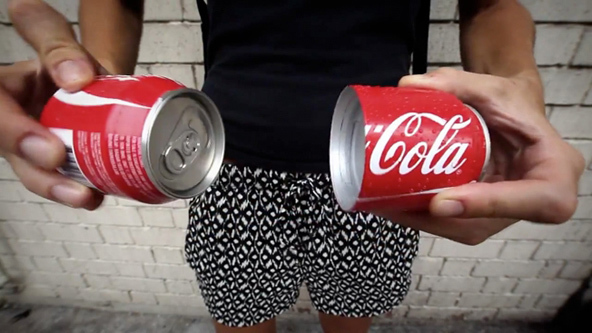 For the last year, our Facebook feeds have been littered with Coke bottles and cans bearing the names of their drinkers, or sometimes comical alternatives. This apparently is called debranding and clearly worked very well. 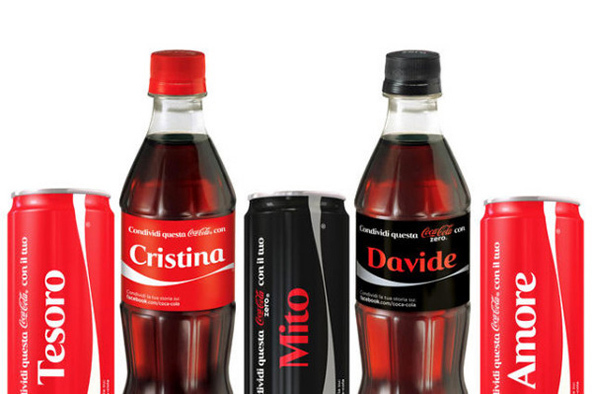 My personal favourite (of course it is, printed T-shirts!). If you are unfamiliar with the Wearable Movie then you are in for a treat! Coca-Cola printed one frame of an animation onto hundreds of t-shirts and sent them off to people around the world who are involved in the production, distribution and design of Coca-Cola. Using photos of all their T-shirt clad peeps, they edited it into a sweet movie. What was the animation? A smile. Of course, it was.

Back in 2013, Coca-Cola launched a campaign in which you could design your very own tacky Christmas jumper. You know? One of those it’s so ugly, it’s cute jumpers? It was simple. An online app gave countless tools to design your tasteless garment and then you were free to share it all over social media. 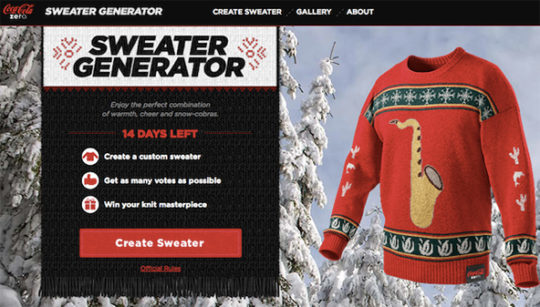 What other brands can learn from Coca-Cola

What we should all learn from Coca-Cola is that the key to successful advertising is to advertise an emotion, feeling, or state of mind, rather than just a product. Sure you should probably mention your product somewhere along the line, but the important thing is to make people feel a certain type of way. Make it seem like your product will bring happiness, peace, love, or any number of positive feelings, and you will be giving Coke a run for their money in no time.

Did we miss any memorable Coca-Cola campaign? If so, then please let us know in the comments below or you can also join in the conversation via any of our social media outlets. In the meantime, keep reading the Printsome Blog for more awesome content.