What if Countries Were Sponsored by Brands?

Can you imagine a world where big brands sponsor entire countries? Let us take a break from talking t-shirt printing and take you for a trip around an imaginary world where corporations shape the world.

Growing up in the 80s, I remember a cold war joke: The President of the USA receives a phone call from his military staff with the alarming news that the USSR has landed on the moon and is painting it red as a symbol for Communism. “Let them finish,” the President calmly replies, “then send up our boys with white paint to write Coca Cola on it.”

Can brand sponsorship go as far as the moon? David Foster Wallace’s novel Infinite Jest describes the concept of Subsidized Time, where years are referred to by the name of their corporate sponsor. The narrator of the cult fiction novel Fight Club has the notion that corporations sponsoring space exploration will get to name future discoveries, with results like the Hewlett Packard Planet. We’ve spun the idea a bit further and envisioned a few countries – as sponsored by major brands.

Sweden as sponsored by IKEA 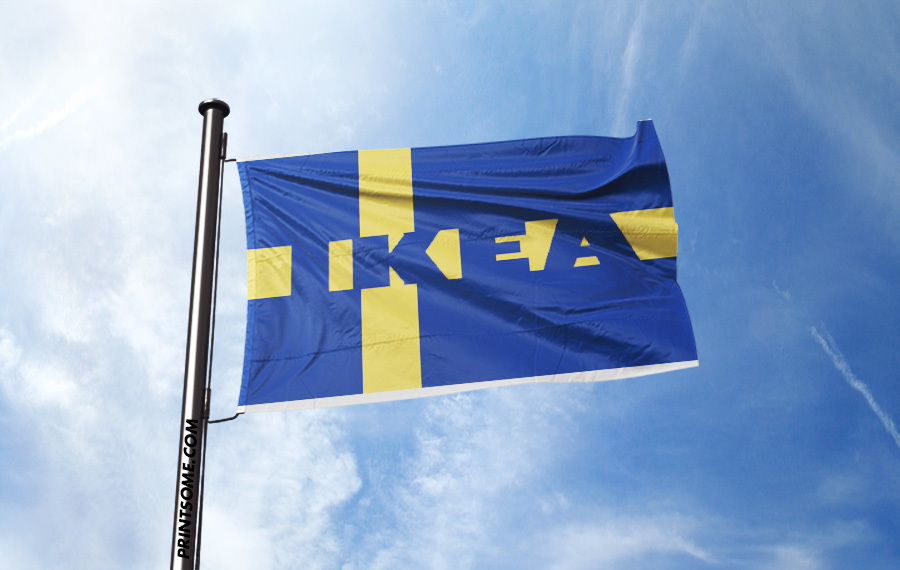 The national colours blue and yellow already make up IKEA’s logo, so a Sweden sponsored by the affordable furniture giant wouldn’t be so different, would it? Every single product would come flat-packed and broken down into its smallest possible components for self-assembly. But not to worry, IKEA can explain even complicated things like the Large Hadron Collider (or rather the Hädrönn Cjölidder) in simple, cartoonish instructions – just as well as everyday life.

In an IKEA country, all products are reasonably priced at the lower or upper end of the spectrum, but never in-between. The looks of everything are determined by CAD using only various sizes of cubes and cylinders, all names have an authentic Swedish ring without actually being Swedish, and production is entirely outsourced to third world countries.

Whatever task you want to accomplish, picking up a driver’s license, getting married or voting for government, you’ll have to do it at an IKEA facility only accessible by car. First you’re herded through a maze-like showroom where you bear witness to how much better your life would be with more IKEA in it, then you have to navigate the basement to service yourself where not even God can help you if you haven’t written down the proper shelf number before. And at the end you’re always rewarded by the blessings of cheap hot dogs, Kötbullar and cranberry sauce – don’t forget: yellow bags stay and blue bags are to take home.

Denmark as sponsored by LEGO 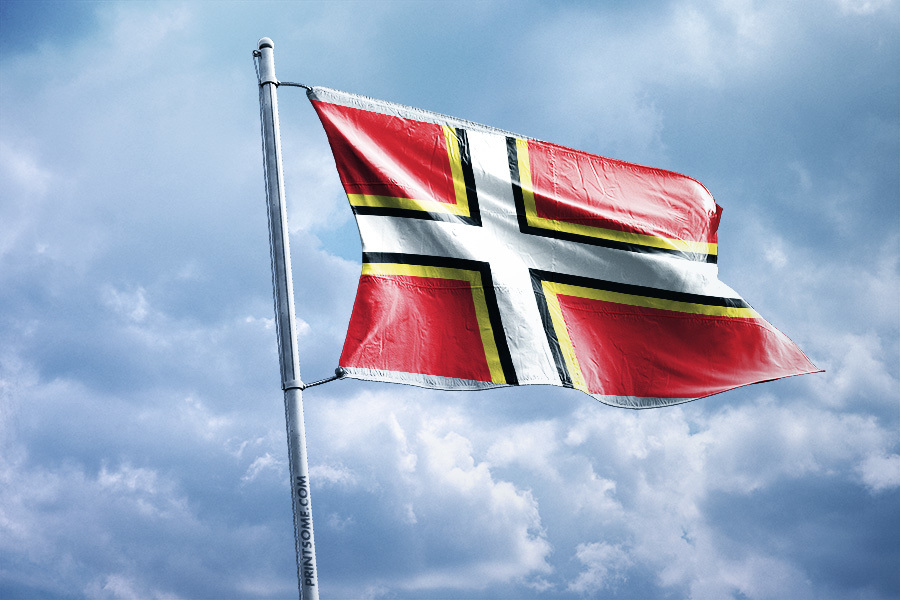 Here’s a fun fact: When Hitler invaded Denmark, he failed to invade LEGOLAND. What if all of Denmark was one huge LEGOLAND? Imagine an architecture of building bricks with instructions slightly more complicated than IKEA ones. You could literally assemble anything you wanted, as longs as you had enough bricks! It would be the most educational country in the world, because to explain how things work, teachers could just take them apart.

At the same time, it’s hard to imagine people would be willing to do actual work instead of giving in to playtime fantasies and sudden bursts of budding building creativity. Maybe the country would break into factions, with the purists advocating the use of only the most basic blocks and waging war against the representational builders with their everything-goes-attitude? Where would those Lego Technik geeks stand? And let’s face it, LEGO’s popularity appeals mostly to the mind. Our bodies however would suffer from nightmarishly stubbed toes on the knobby thingies, and humans would find it hard to conform to the LEGOLAND beauty ideal of a Simpsons tone skin color and legs that don’t bend at the knee.

USA as sponsored by Coca-Cola 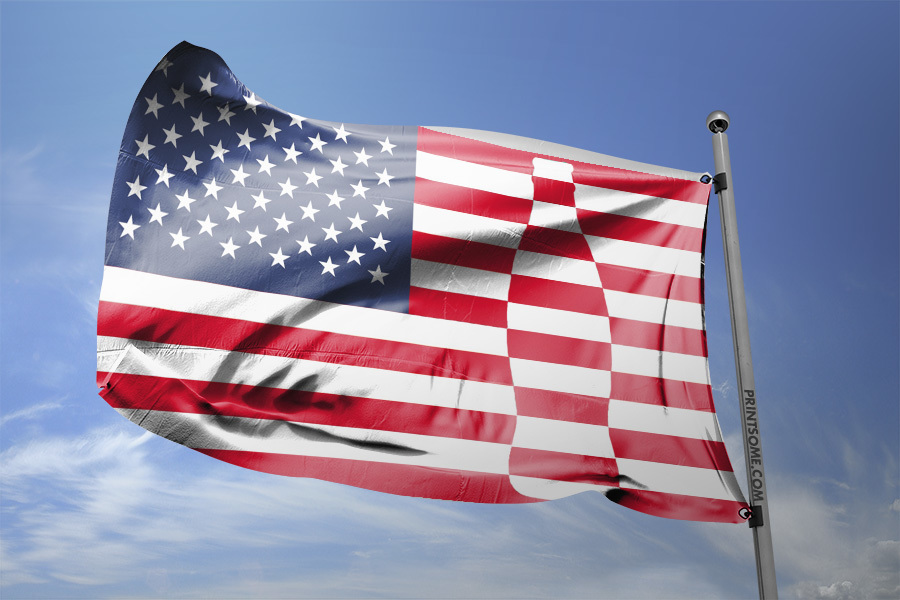 Wait a minute, isn’t Coca-Cola already sponsoring the United States? Seriously though, what has the world’s most famous soft drink NOT done to spread brand awareness short of painting the moon in its signature colors? In reality, Coca-Cola’s long history of sports sponsorship spans the Olympic Games, football, tennis and FIFA with support at all levels.

The brand seems to be moving heaven and earth each year to establish the association with Christmas anew – it greatly helps their marketing that the brand colours are basically identical to the ones of Santa Claus*. In the United States of Coca-Cola, they surely would extend that association to the quintessential American values themselves – Life, Liberty and the pursuit of chilled Coke. Bad tongues might whisper that Coca-Cola is sponsoring obesity and diabetes, and as the country’s sponsor, the US Academy of Nutrition and Dietetics would (still) be in the hands of the corporation. On the bright side, one might hope they would follow through on their advertising strategy of Think Global, Act Local and win the hearts and minds of the populace by building schools and roads. And maybe some cool shit, like jetpacks powered by Diet Coke and Mentos.

* While many people attribute the contemporary look of Santa Claus to Coca Cola, according to Wikipedia, it was actually cartoonist Thomas Nast the one responsible.

Cuba as sponsored by Cohiba 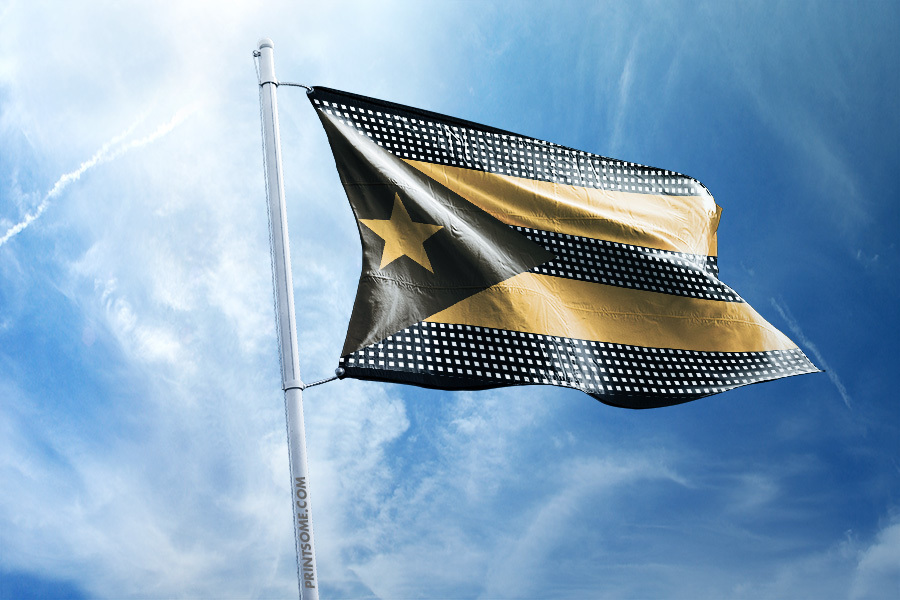 Cuba without cigars? Impossible! But what if one brand was running the whole island? Smoking would be even more prevalent than it is already, and the anti-smoking laws passed in the past decade would surely be repealed. The gesture of exchanging gifts would be replaced by exchanging cigars, and who knows, if Cohiba sponsored the country, Cuba’s foreign relations might have taken a different turn thanks to Cohiba Cigar Diplomacy.

Would Washington and Havana be closer? Bill Clinton was certainly known to love a good Cuban cigar. Under Cohiba sponsorship, Cuba would never have been the world’s largest exporter of sugar but would be the country with the largest area planted with tobacco in the world (fun fact: it’s currently number two). They would still import about 70-80% of food, but hopefully through cigars-for-food, Cohiba would be able create an abundance that meant the abolition of food rationing.

Mexico as sponsored by Corona

Do you take your Corona Extra with a wedge of lime, or without? Quick, which is the correct answer if you want to pass the Mexican citizenship test? If Corona were to sponsor the entire country, football and NASCAR would of course be associated with the brand. There would be no Margaritas – the only cocktail you could have in all of Mexico would be the Coronarita, a Margarita drained in beer.

Same as today, beer on tap would be rare; instead, Corona would abolish the bottle deposit – and change the very shape of the bottles to adopt the WOBO shape. The world bottle is a concept by Heineken of beer bottles doubling as stackable, self-aligning and interlocking bricks for building cheap housing – perfect for low-income families in Mexico.

South Korea as sponsored by Samsung 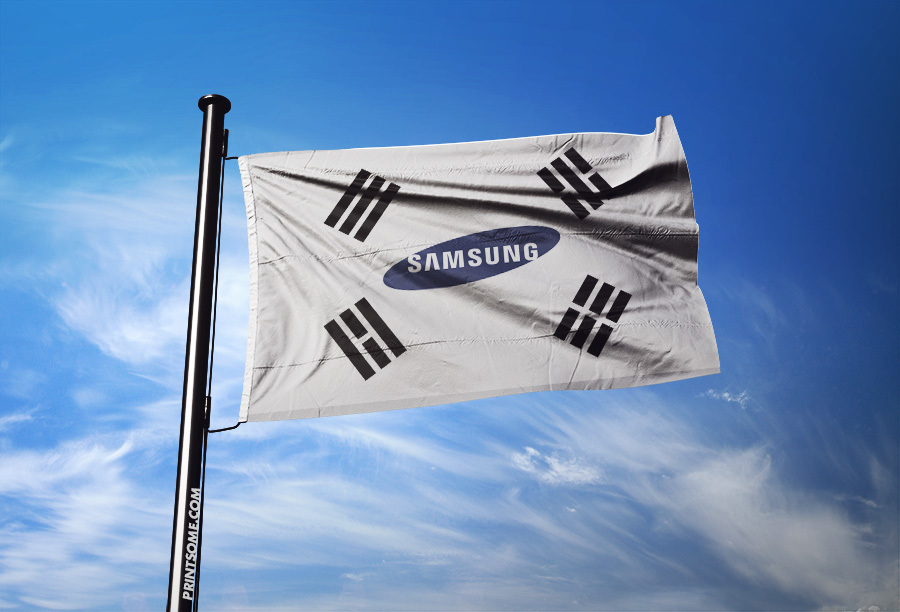 South Korea is already the world’s most innovative country and among the richest in the world, with chaebols such as Samsung as the driving force behind it all. What if the multinational conglomerate company took over sponsorship of the entire country? South Korea would be turned into a tele-democracy in no time, made possible by ubiquitous Samsung screens and touch-screens of all sizes.

Speaking of which, are bigger phones and tablets always better, Samsung? Innovation would be defined by Samsung’s technological outlook alone. With the Internet of Things and omnipresent sensors, the company would be aware of every move and purchase of all citizens – sounds more like Big Brother than e-democracy, right? Even if you could interface with government representatives directly and all the tech and fitgear allowed for a more direct form of government, the downside would be all the shiny devices running Tizen Os.

England as sponsored by Barclays 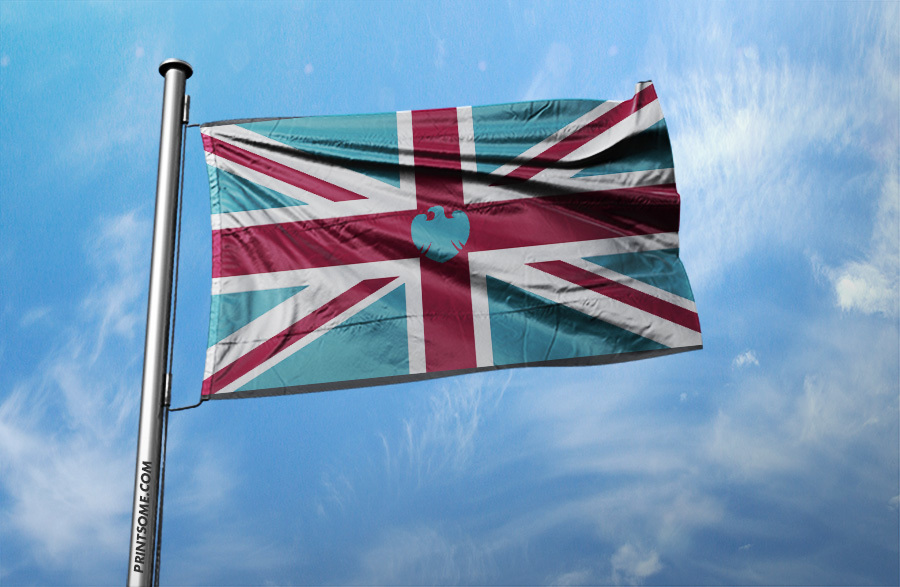 “Barclays – We are football.” Barclays would not only sponsor the Premier League, but all of England’s football. They would also be the sole sponsor of PGA European Tour and ATP World Tour Finals. Citizens would grudgingly accept the monopoly of the bank, and who knows, maybe the Barclays Cycle Hire bike-sharing system would even work and be used by the general public? However, your average Brit would surely find reasons to complain: either about too many supermarket ATMs or too little actual bank branches. Oh, and tax avoidance would be a national sport, with the general justification being the ever-rising Barclays senior management bonuses.

Australia as sponsored by Vegemite 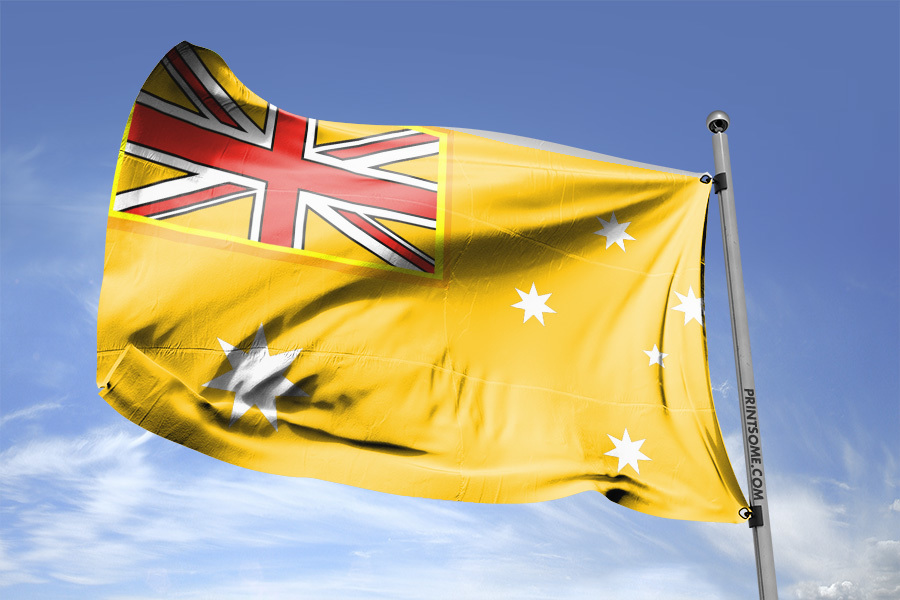 Oh boy, would those Australian cheeks be rosy if Vegemite sponsored the country! With We love our Vegemite as the national anthem, who could forget to eat it for breakfast, lunch, and tea? Every toddler could already tell you that being rich in B vitamins, thiamine, riboflavin, niacin and folic acid, Vegemite is practically its own food group. Candy and chocolate would be unheard of in Australia, at least the kind that wasn’t filled with the vegetable paste. Like it or not, visiting statesmen would have to chow down their requisite Vegemite sandwich before any serious political talks could ensue.

Can you imagine a world where entire countries are sponsored by brands? What examples of sponsorship taken to the extreme can you dream up? Let us know in the comments! And for more awesome content, keep reading the Printsome Blog.