For those of you who have been following our series of custom t-shirt designs, you will have seen how we take a topic or set of brands and design t-shirts for them.

So far we’ve imagined some start-up t-shirts for some of the UK’s biggest new boys on the block, social media tees and most recently, marketing tool polos. This time round, we decided to have a go at creating country t-shirts. Been done before, right? Well, although it’s not like you’ve never seen your country in t-shirt form, particularly since the Union Jack revelation started seemingly by Geri Haliwell all those years ago… We had a look at what was out there and mixed it up a bit.

Since there are so many countries in the world, each with their very own unique and wonderful flags, we have focused on English speaking countries to narrow it down a bit. Check them out!

This one is perhaps the most well known. To make it a little different, we took the flag and created a fun British pattern out of it, nice right? From this you will also see that the Union Jack actually isn’t perfectly symmetrical, so if you’re feeling particularly patriotic and decide to show your love for the UK, make sure you’ve got your flag the right way up. 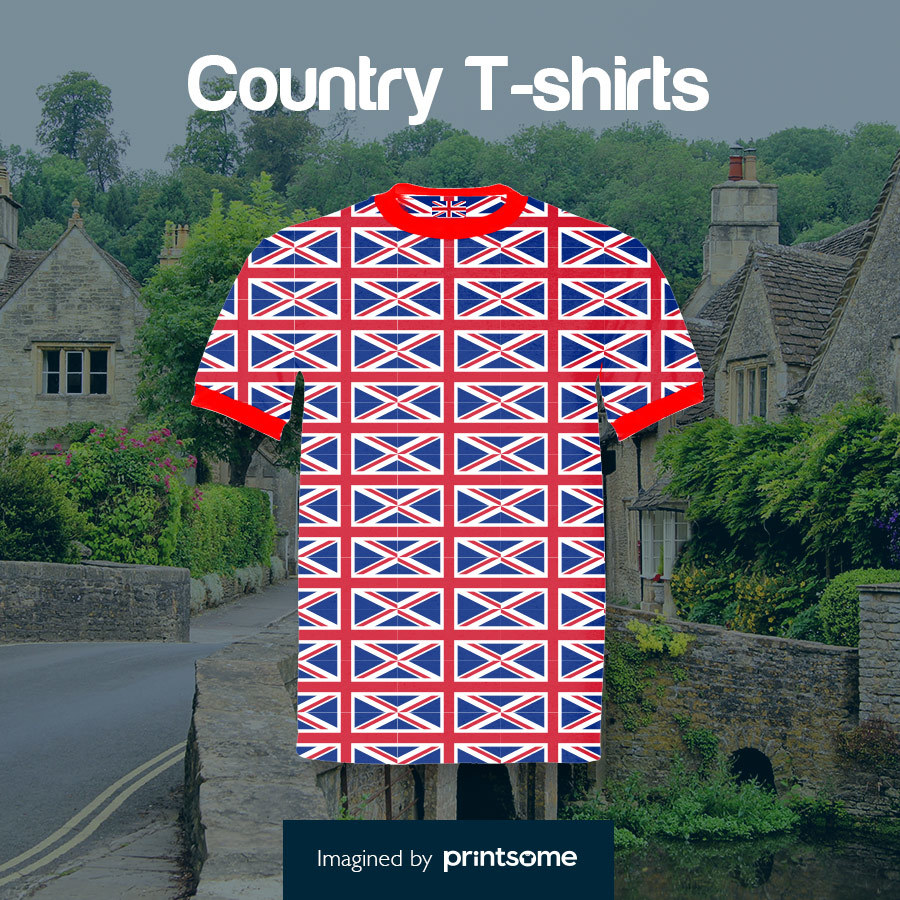 A particularly sexy flag, as far as flags go. Loads of nice bold colours and interesting diagonals could only really be celebrated with a baseball t-shirt. 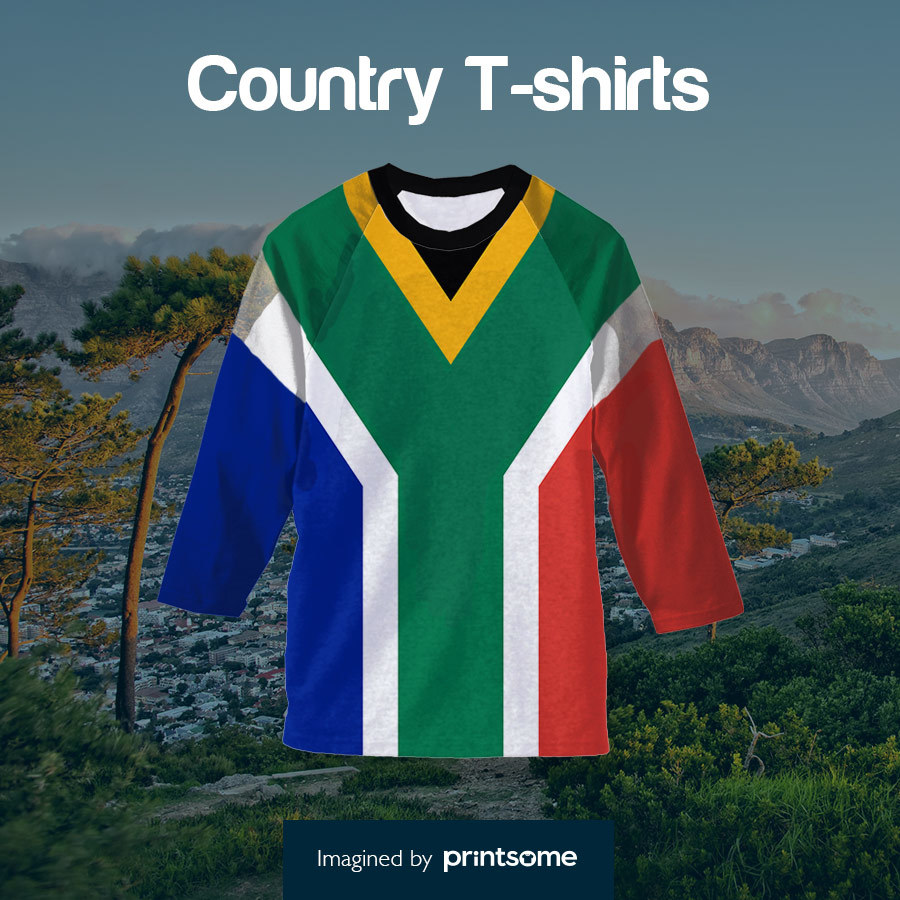 The famous star and stripes make for a nice little t-shirt combo. The bonus with this one, is if you wear it, you’ll look thinner… that’s what they say about stripes, isn’t it?! Excellent. 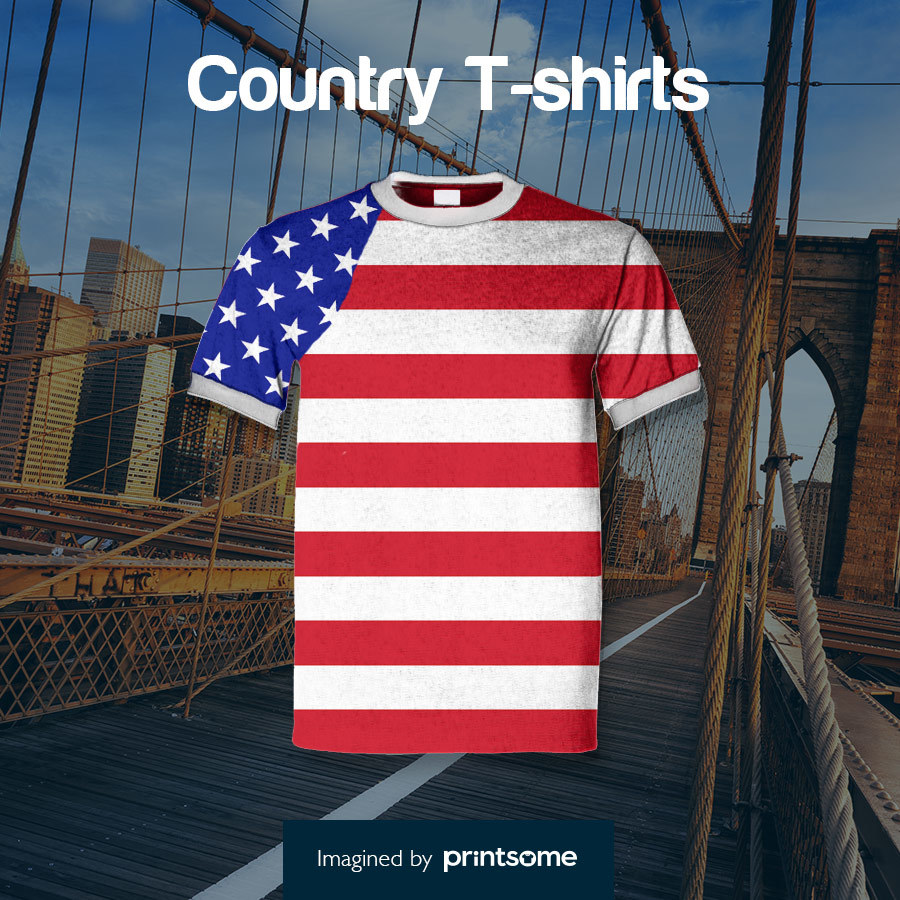 I can’t help thinking that Wales often get a hard time, since they are part of the UK, but weren’t added to the Union Jack (though it would be really cool to have a dragon in the flag methinks). So, I figured that the Welsh should have a country t-shirt design that they can wear with pride. 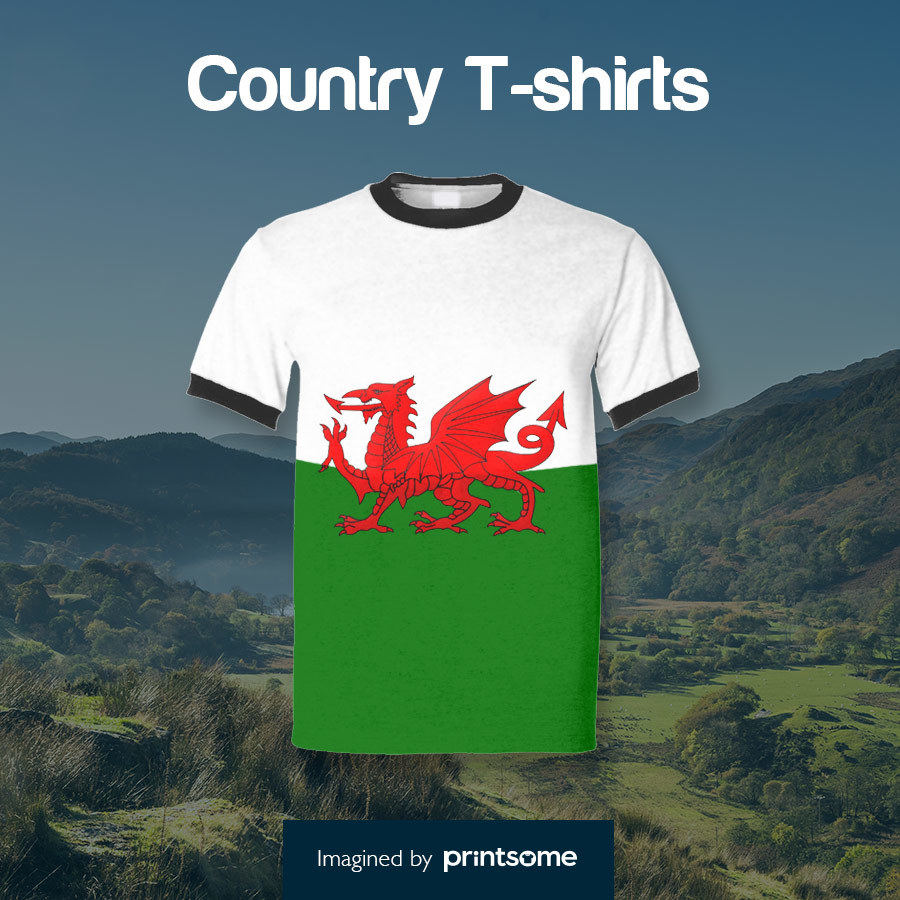 The Canadian flag screams for that baseball t-shirt style 2-colour design.  With that nice maple leaf in the centre of the tee, it makes for a nice, clean garment design. Nice one Canada. 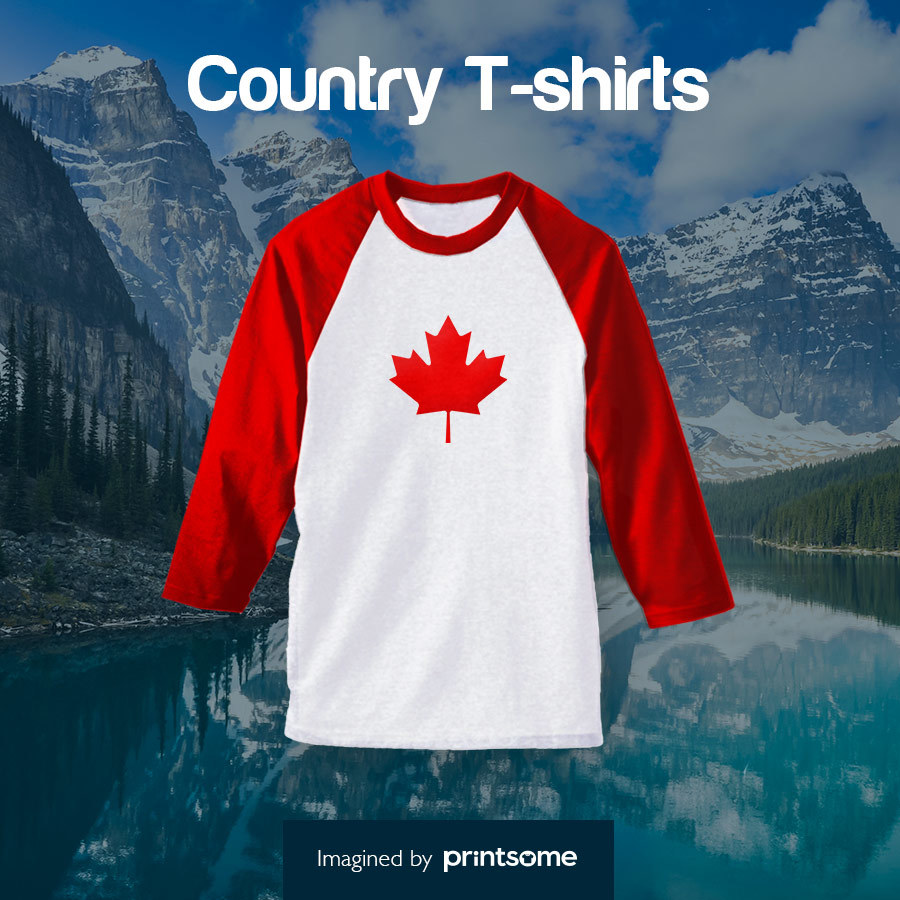 Want to see your country t-shirt design? Have a go yourself and drop us a line at Printsome. Alternatively make a suggestion and we’ll see what we can do!