As part of this series of t-shirt designs, we aim to show you that concept is everything and that one concept could lead to a whole range of different visual results and customized garments.

In this series we’ve already explored inventions, famous people, products and themes such as graffiti and nautical connections. For Coventry we would have to take quite a special angle, because creating a full series of t-shirts requires more than just The Specials or Clive Owen to get us through. So… what else does Coventry have that would make an interesting approach to t-shirt design? Actually quite a cool one – a place where many people may have their first experience of buying or ordering printed t-shirts, the University Student’s Union.

Coventry is a fortunate city that it is blessed with not one, but two great universities. First there is the University of Coventry in the city centre, which is the larger of the two with upwards of 27,000 students. To the South of the city, built in 1965, is the University of Warwick, a luscious green campus university that is prized for its academics. This got me thinking about the university merchandise I had to buy for the societies and sports clubs I joined. Some were embroidered, others were screen printed, but in general (sorry unidentified university I went to) most of them were downright ugly. I may have had a lot of affection for them once I left uni, but almost all of them were eventually donated to charity. So, I imagined a university merchandise brand with a difference – after all, a t-shirt is for life, not just for university.

What on earth would we call this university merchandise brand? Well sometimes naming a brand can be more than tricky, as we discuss in our article about Clothing Brand Name Ideas. So for some inspiration, we looked to anagrams to see if we could find any clues and this time we struck lucky! Coventry T-shirts is an anagram for Thirsty Converts – perfect for the young university going drinkers who would be the target for this innovative t-shirt brand. So let’s get stuck in and find out which interesting societies these two unis have.

Fittingly, our first choice is a society based on drinking. Thirsty Converts could not be complete without something related to the sacred University act of liquid socialization, and so the Warwick Cocktail Club happily finds itself in our list. The club not only focuses on drinking cocktails, but also holds classes on the art of mixology, and even has socials where members can compete to make the best drink. Cheers Warwick! 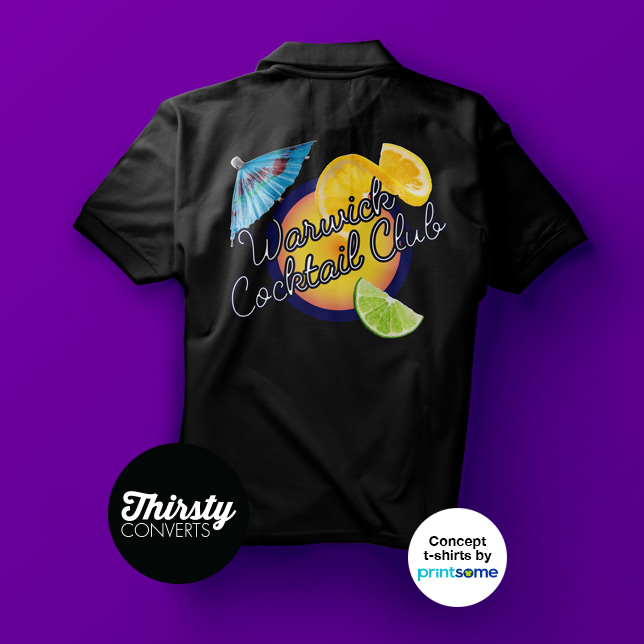 As I have learned researching for this imaginary t-shirt brand, there is a society for everything; literally everything you could possibly think of. Claiming to be Warwick’s most relaxed society, the juggling society is one of those that makes you wonder if such a thing could really exist. Not surprisingly, it does, and so all of these relaxed jugglers deserve a proper t-shirt. 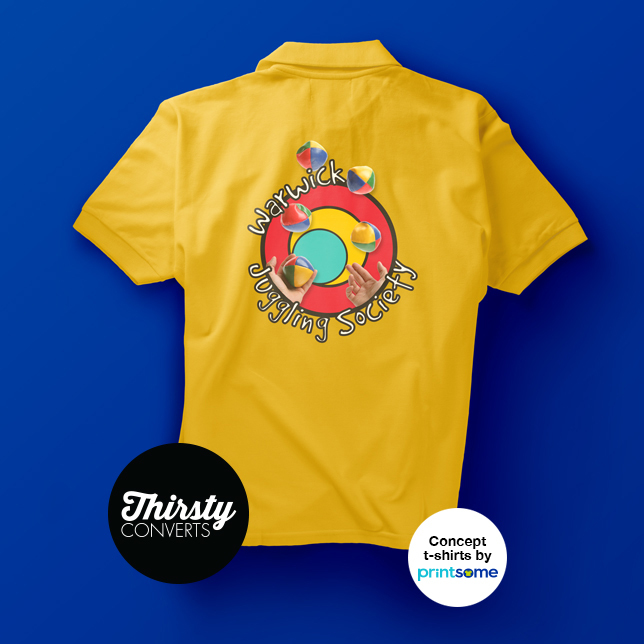 If you haven’t heard of airsofting, its basically a tamer version of paintball. It hurts much less, and won’t stain your clothing. Warwick of course has an entire society based on the activity, and it actually seems like it would be a really fun society to join. The W.A.S even won a nationwide “8 man” tournament last year, in which they competed with students from universities across England. In true airsofting spirit, I am thinking a camouflaged tee would be perfect. The games, (or battles), are often held in a woodlands area, so a camouflage shirt might actually be useful as something other than a fashion statement. 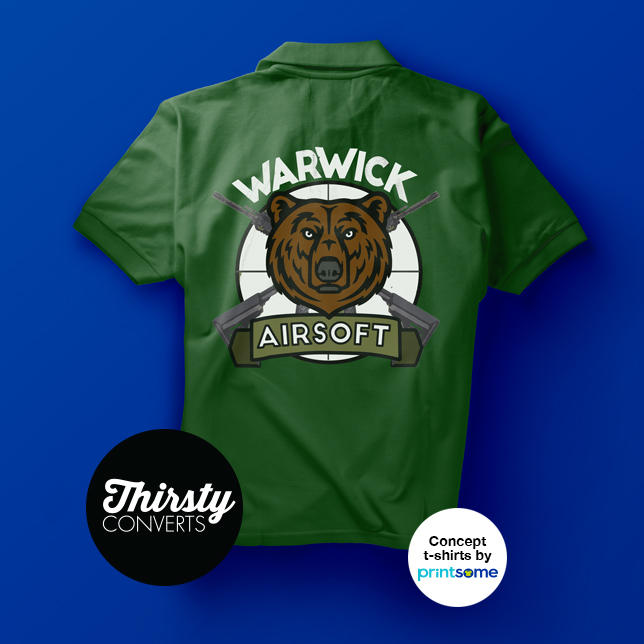 For those of you whose childhood consisted of pouring over J.K. Rowling’s famed Harry Potter books, dreaming of actually playing the mystical game of Quidditch, then this is the society for you. I’m not entirely sure how they actually go about hosting Quidditch matches, but I can imagine something to do with people running around holding brooms between their legs. When these slightly questionable matches do take place, however, the team certainly needs something stylish to wear, and so we bring you this t-shirt. 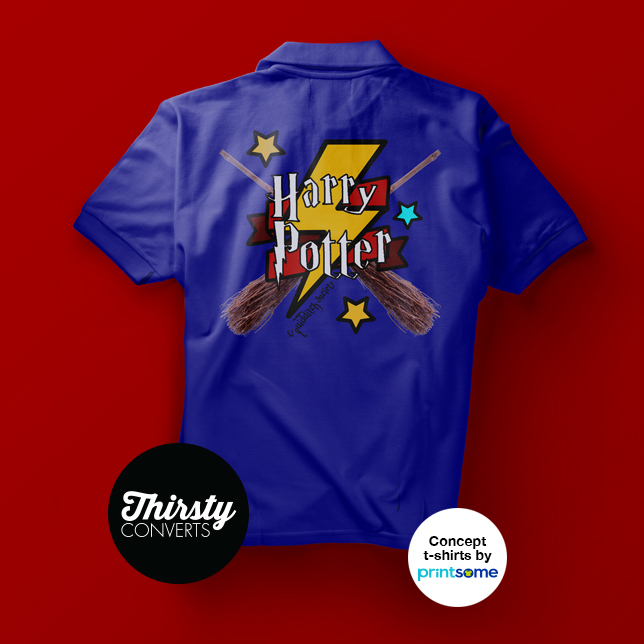 If you’re a 90s baby like myself, then you most likely remember the best tv show, card game, and video game from our younger years: Pokemon. Lucky for you, if you’re a student at Coventry University, then you can join their very own Pokemon Society. They hold tournaments for the card and video games, watch the anime, and generally socialize and have fun. If I went to Coventry U, I cannot say that I wouldn’t join the group and take a little step back into my childhood. To complete the experience, a fitting t-shirt is essential, and that’s what we’re here for. 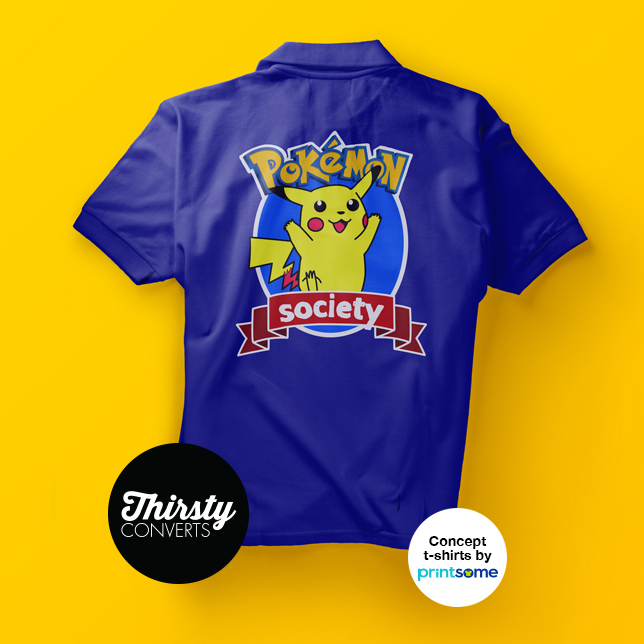 Although there is absolutely no information on the society’s webpage, I think it is fair to assume what the Coventry Medieval society is. I’m hoping and praying that they hold jousting tournaments, serve massive legs of mutton, and drink ale out of old fashioned tin mugs. Not sure about you guys, but that is what comes to my mind when I think of the Medieval Times. They may not have worn t-shirts back in those days, but really, who cares? No one wants to dress up in the crazy, colorful, and bulky costumes that we see in movies and plays, especially a bunch of University students, so a t-shirt will do just fine. 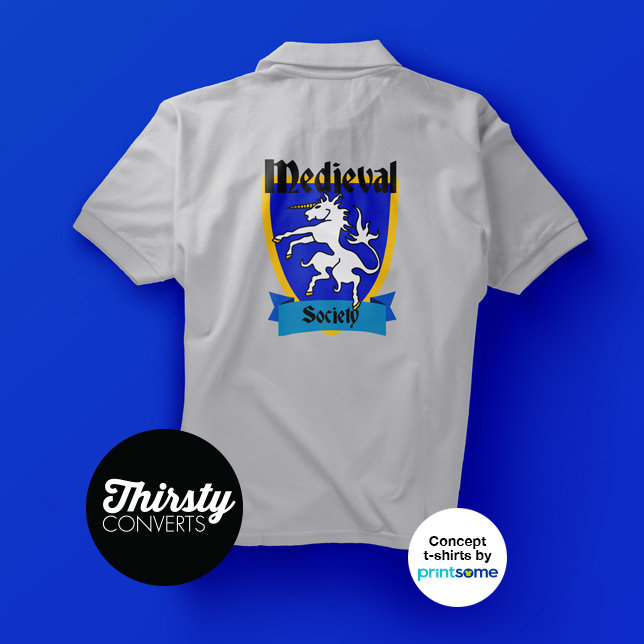 The Coventry U Wind Band society has great potential for a creative t-shirt. There are countless puns that would be perfect for a t-shirt, or some sort of design with a clarinet and wind or something of the sort. You get the idea. To the band that was named best society at Coventry twice in the past few years, we are honored to make you a shirt. No offense, but the ones you are wearing now desperately need an update. 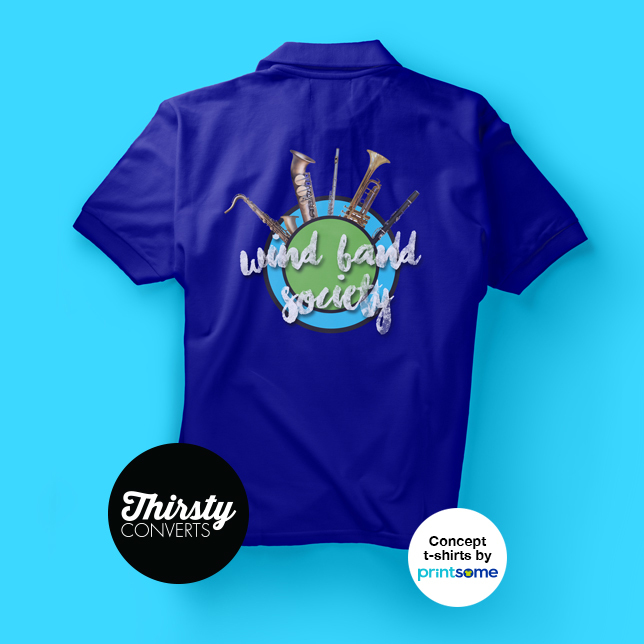 There are endless possibilities for a t-shirt for this Japanese cartoon themed society. I am not very familiar with Anime myself, but I do know that it is a kind of obsession for some people. Any of the characters from the TV shows or comic books would make a great design for a shirt. The society even has people that dress themselves like their favorite characters, a phenomenon known as cosplaying. For those not quite as dedicated, a simple t-shirt should do just fine, so we bring you the final addition to the Thirsty Converts series. 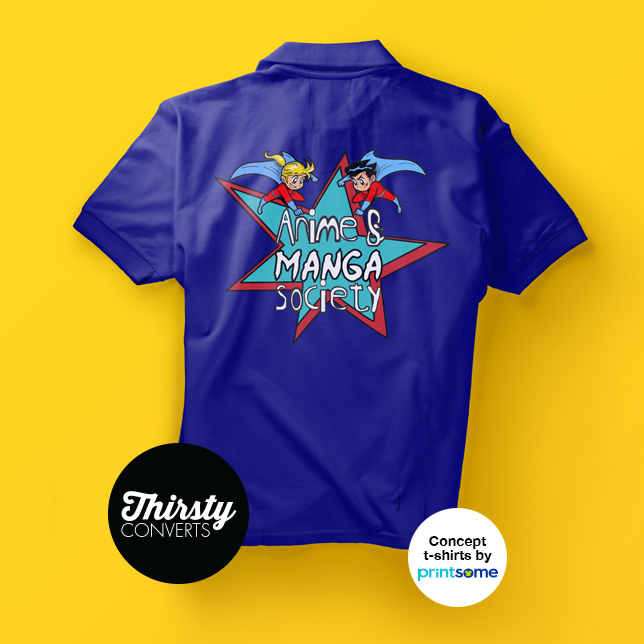 A University may have great societies, but what group of like-minded individuals is complete without a proper uniform. T-shirts are the glue that bonds a sports team or University society. Not only are they comfortable and casual, but they can suitably be worn outside of the group as well. From a city that has little to its name besides being the target of World War II bombings and being home to two large universities, comes Thirsty Converts t-shirts.

To those student societies with crappy or nonexistent group shirts, we have your back. These shirts are hopefully good enough to avoid being chucked into some trashcan or back corner of a closet after the student finishes University.

Printsome focus on quality personalised t shirts in the UK, delivering custom t-shirts in Plymouth or personalised top vests in Blackpool and everywhere in between. Printing for graphic designers, brands and many more, you can contact an adviser for a chat, advice or a quote!