Football shirt name and number: When teams get creative

Nowadays football is more into marketing than ever before, they see the team as a company, a brand which sometimes leads to decisions that make us think ‘What were they thinking with that name on back of football shirt? Like putting the name of a fast-food restaurant, renaming the stadium for a bunch of extra pounds, organising important matches in different continents just for promotion and more hilariously, getting “creative” with the football shirt name and number.

Football is no longer football.

I mean – sometimes I think that, especially in recent history, football is no longer that much of a sport. Let me explain. Don’t you agree that nowadays some players are more concerned about looking good, being trendy and signing autographs rather than simply training and being the best athlete they can possibly be?

Think about Olympic athletes, they sacrifice their lives, their bodies (or at least most of them) to become the best. Footballers don’t do that anymore. Now it’s more about the fashion and glamour that comes along with the profession than anything else.

And, don’t get me wrong, I love football. It has always been my favourite sport, the one I loved to play with friends on the street until midnight when I was a kid.

Getting creative with the name on back of football shirt

We all know creativity can be dangerous. Something that works for you might not work for someone else but then there are times when it’s just awful for everyone involved. In these particular examples, I don’t think anyone was satisfied but they still went for it.

Did they cross the line?

In 2014 the Lugo Football club, a small Spanish team from Lugo presented two special kits to honour their city and sponsor. For the first, they created this mind-blowing octopus shirt (octopus is surely one of the most delicious tapas you can enjoy in Lugo). May the power of the Kraken be with you, guys. 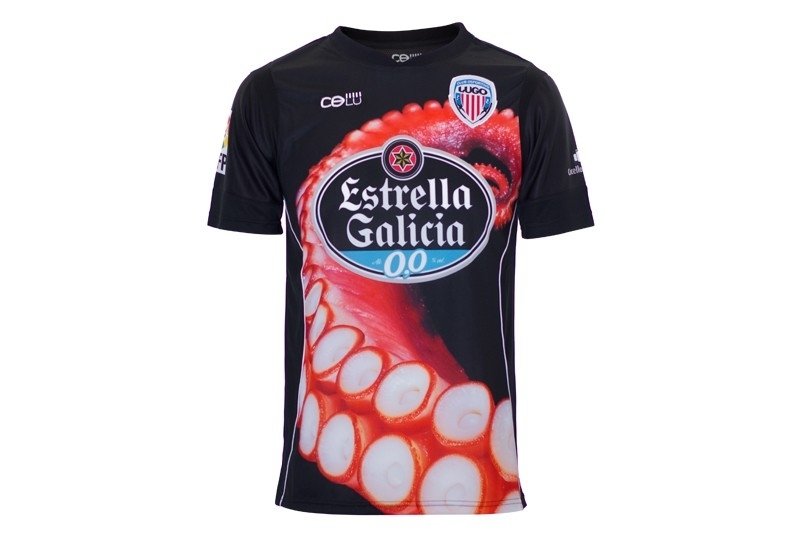 And for the second Estrella Galicia, they created this beer inspired print. Awesome kit. One of my favourites. I wonder if it made their rivals thirsty. 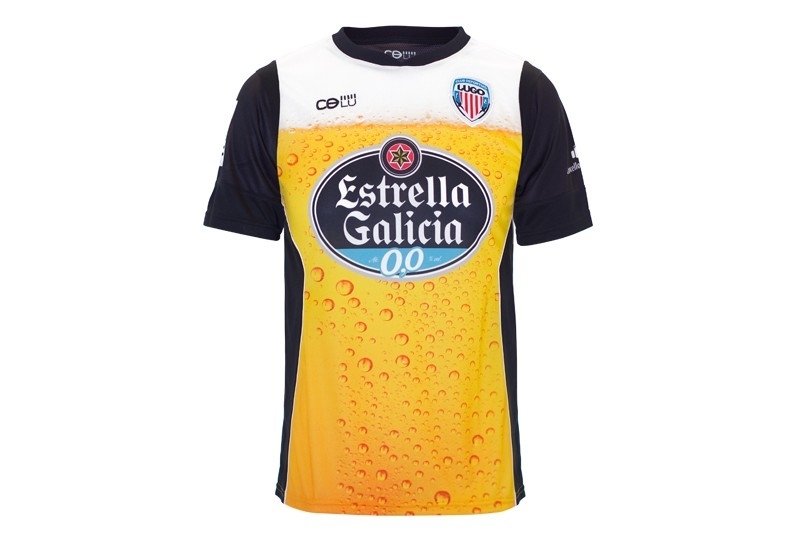 Jamón for everybody – Guijuelo

You probably already know that jamón is a pretty big thing in Spain. Those fancy tapas are always spiced up by a bit of jamón serrano. That’s probably why this small club from Salamanca decided to go all-Spanish-cuisine in 2015. I have to admit, it makes me hungry. It is anything, but sexy. 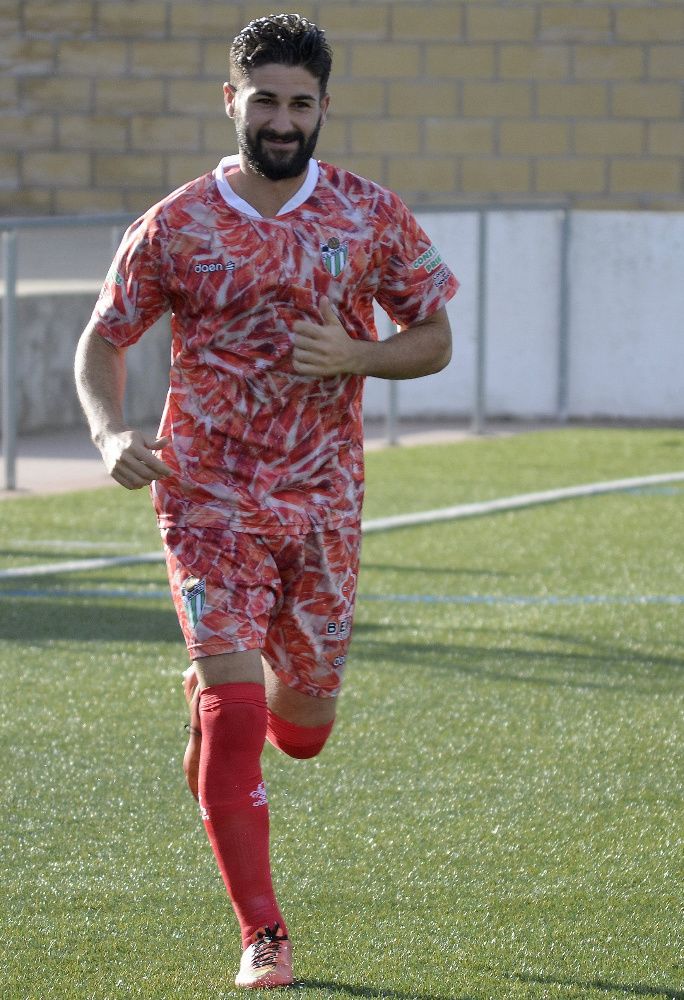 Done with food by now, it’s time for a more classical and luxurious approach. A dinner jacket-inspired football kit (article in Spanish). Because when we think about football, the first thing that comes to mind is formal attire. We’re guessing they were expecting a few “Ohhs”, but laughs were all they got. 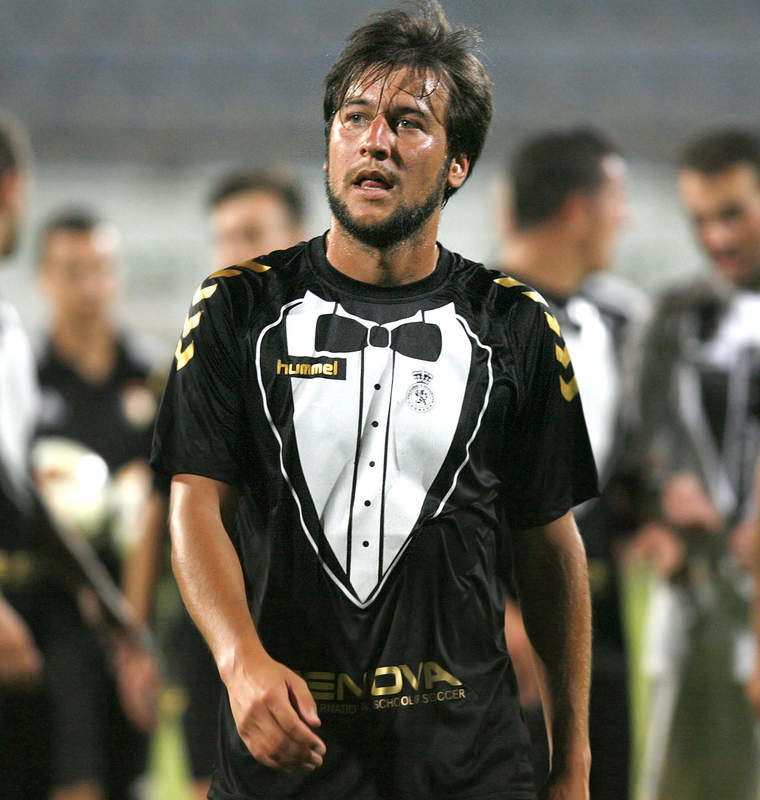 Another culinary example. It only makes sense since the team has been fondly nicknamed Los pimientos (the peppers). As it happens, in Spain, salted peppers are a traditional dish from the region they represent.

In 2015 this tiny football team was everywhere thanks to their kit inspired by broccolis going viral. A picture is worth more than 1,000 words. At least they’re healthier than jamón and peppers. 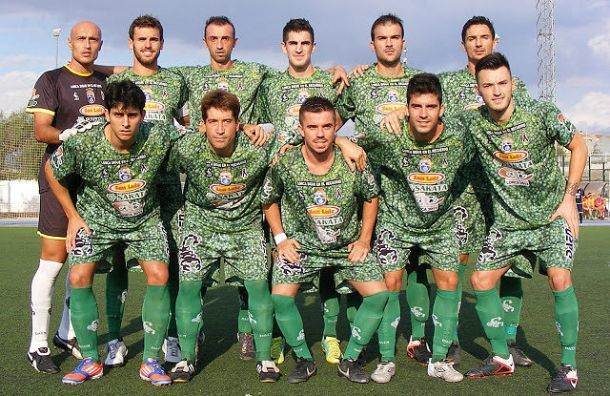 And we saved the best for last, presented by the Palencia Football Club to play the final stage for their promotion to Second Division, is an outfit that bares it all – literally (article in Spanish). Reminiscent of the Robbie Williams’ ‘Rock DJ’ video, this kit is a detailed print of flesh and muscle, including the name on the back of a football shirt. As one might expect with something as radical, reactions were varied: Some people loved it, others hated it. What about you? 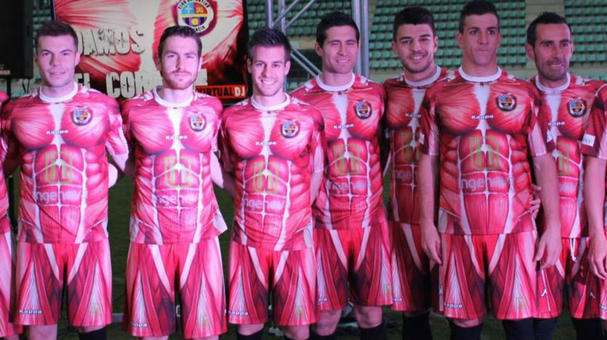 At the end of the day, if you’ve ever played football, you know what it feels like to have your own football shirt name and number. You like to feel unique. That’s probably what these guys were after, but perhaps they went too far.