There’s an old Glasgow saying: ‘You can have more fun at a Glasgow stabbing than at an Edinburgh wedding.’ They also like to tell you that the best thing to come out of Edinburgh is the train to Glasgow.

If that doesn’t give you an inkling that Glasgow is a pretty unique place, then maybe our (fictional) T-shirt line will.

One thing that’s particularly noteworthy about this place is its incredibly array of different architectural styles. In fact, in 1999 it won the prize for UK City of Architecture and Design. While architecture might sound a bit dry and stuffy, there are actually some amazing patterns you could use to inspire really cool T-shirt printing in Glasgow.

So, without further ado, here are six buildings we think would look great as a print*:

* Again, this is a fictional T-shirt line. We don’t sell these.

Known by nearly as many names as Snoop Dogg*, Glasgow Cathedral can also be called The Cathedral of Saint Mungo, Saint Kentigern’s Cathedral, or the High Kirk of Glasgow. Though it dates back to the 12th century, its mint-green roof and smoky dark grey tower are bang on trend for a 21st century top. If you’d rather have something more colourful, the kaleidoscopic stained class that provides the backdrop for choral performances would also be an eye-catching T-shirt.

Saint Mungo (also known as Kentigern and Cyndeyrn) is the patron saint of Glasgow, by the way. Let’s move on to the next one, because it’s getting tricky keeping track of all these names. 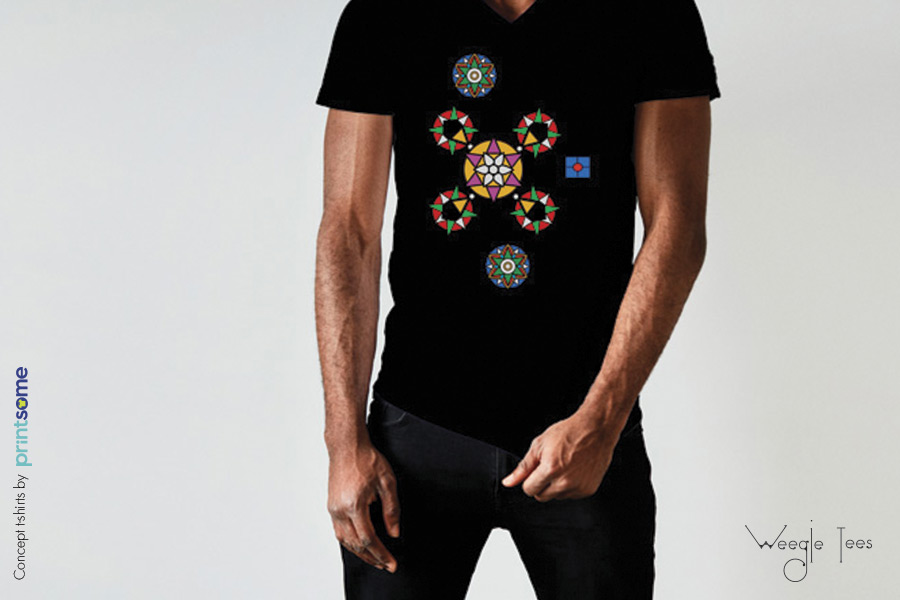 Why, yes, they did film Harry Potter here…

The Victorian University of Glasgow is home to not only students, but also to a thriving population of anglophiles who ooh and aah over the building that was pretty enough to be selected as a location for the Harry Potter films. It’s also the 4th-oldest university in the whole English-speaking world.

Note: Ever wondered which British university sells the best merchandise? Neither have we but we still rated their products from worst to best in this blog post.

As it’s been around for a while, it’s no surprise that plenty of famous intellectual types have passed through its doors over the centuries, including Adam Smith*, Lord Kelvin** and Joseph Lister***. In total, that’s seven Nobel laureates and two Prime Ministers. T-shirt printing in Glasgow is all about brainiac pride.

* A.K.A. the invisible hand guy.
** Another person you were forced to learn about in school as a unit of temperature measurement.
*** You have him to thank for antiseptic and sterile surgical practices. 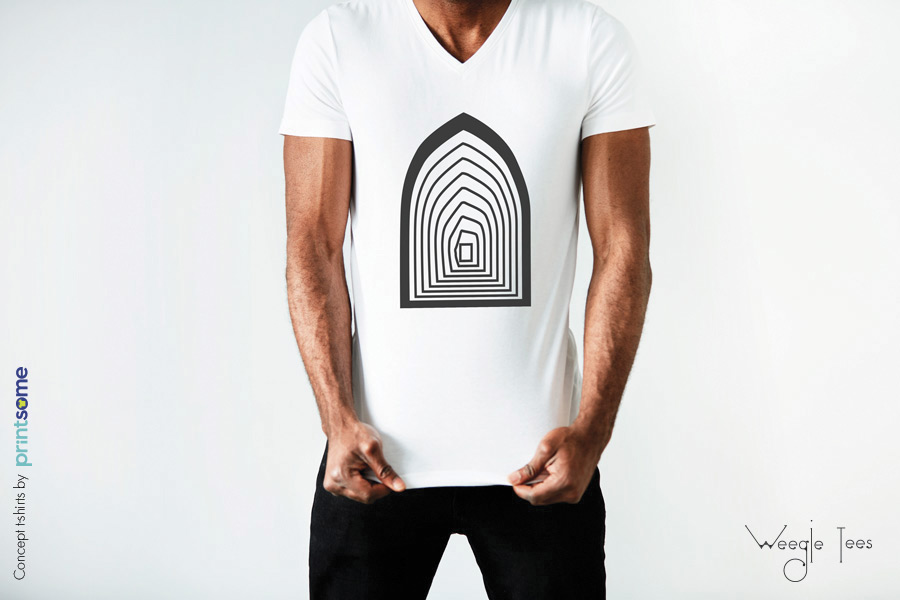 Back to Jurassic at Kelvingrove

We don’t mean Jurassic architecture obviously (that’s not a thing, though wouldn’t it be amazing?) — but rather the Jurassic age skeletons that are housed in one of the halls at Kelvingrove Art Gallery. It’s got a massive natural history collection, plus a bunch of suits of armour that are perfect for making you feel like you’ve traveled back in time. You’ll also find European artwork from across the centuries, from Rembrandt to Dalí.

This is a true Glaswegian building down to the very bricks its built of; they’re Locharbriggs red sandstones, a traditional material for Glasgow buildings for centuries.

There is a persistent urban legend that the building was build back-to-front on accident. Allegedly, the architect was so distressed that he jumped off one of the towers when he realised. Fortunately for the architect, the building is neither back to front nor did he jump off the tower. Fancy wearing your tee backwards to pay homage to the story? 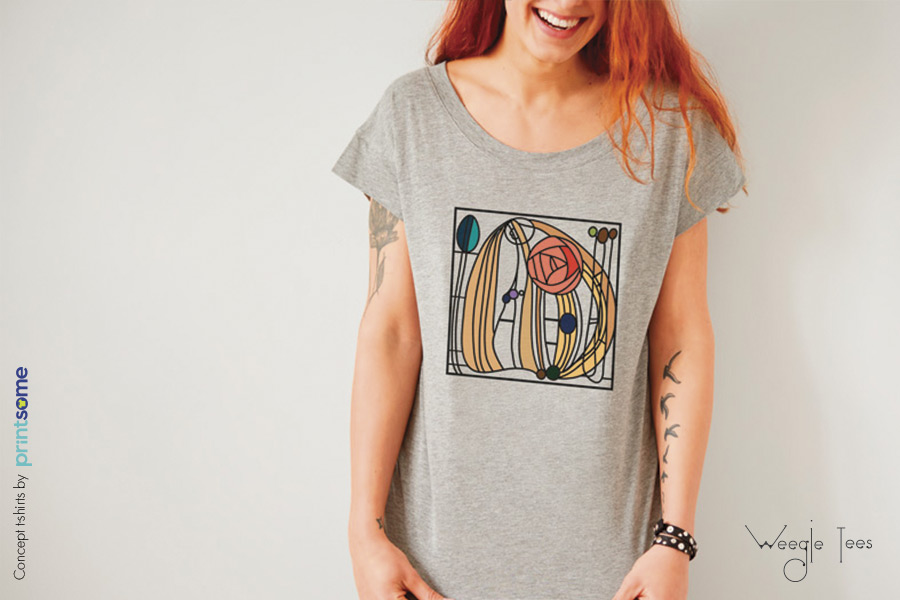 Templeton on the Green/Templeton’s Carpet Factory

While we’re not sure that this looks very much the Doge’s Palace in Venice that it was supposed to resemble, Templeton’s Carpet Factory is undoubtedly a very cool piece of architecture. Its setting on Glasgow Green is nearly a lovely as a Venetian canal…and depending on the day it may be just as wet, too!

The striking patterns all over the building have loads of potential for T-shirt printing in Glasgow. The textile company that used to be housed here also sold some pretty striking patterns on their carpets. They were specialists in ‘picture carpets’ that depicted a famous scene from history or literature on them.

Fun fact: this building was featured on a postage stamp in 1990 to celebrate Glasgow being named the City of Culture for the year! 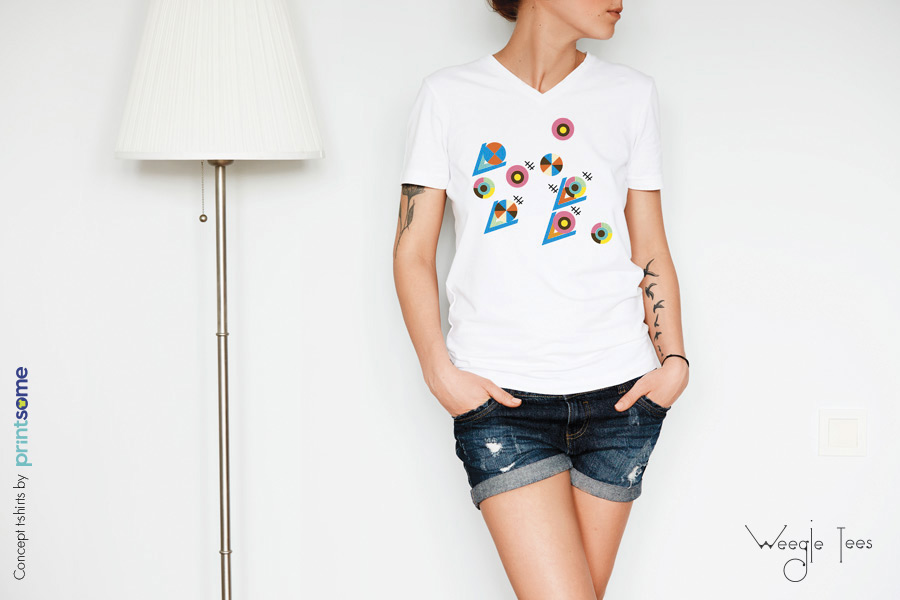 The Riverside Museum and the Clyde Auditorium (a.ka. the Armadillo) are both eye-catching places to catch a bit of culture. Both buildings feature innovative shapes and all sorts of sleek, shiny surfaces that feel like they could have been sent back in time from a very cool future century.

The Riverside houses the Museum of Transport, which was the European Museum of the Year in 2013. And the Clyde? Why, this is where SuBo (Susan Boyle) was discovered! A true gift to the world from Scotland, if you ask me. 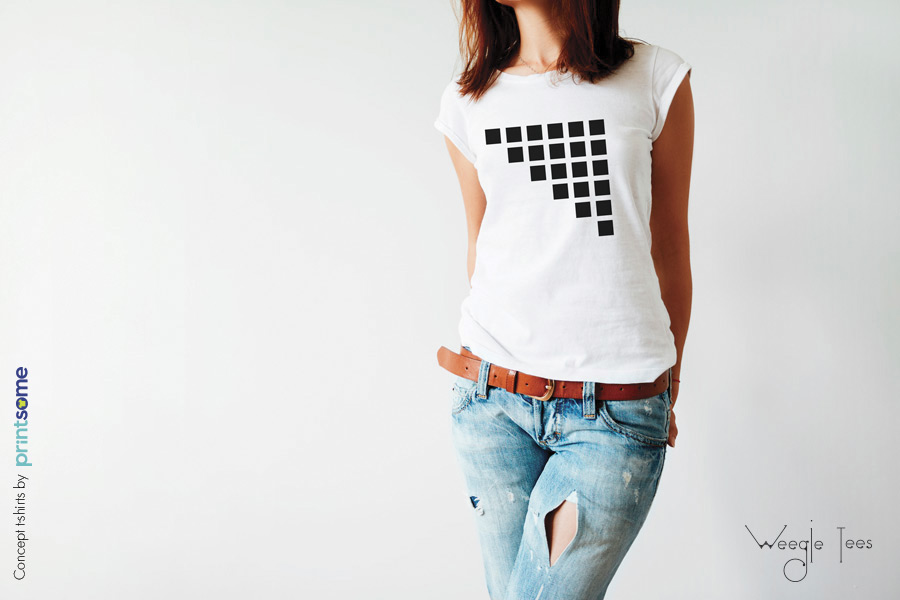 We’ve saved the most iconic for last. This design movement was created by Charles Rennie Mackintosh as part of the Arts and Crafts and Art Nouveau movements (there, now you can sound very knowledgeable talking about the topic if it ever comes up at a dinner party!) The Willow Tearooms are where you can find some of his signature work, including the stained glass in the bay window, the shelf where the teapots are displayed and the friezes depicting women with flowers.

Anybody ready to buy the next bus, train or plane ticket to Glasgow? I know I am – and I don’t even like chilly weather! 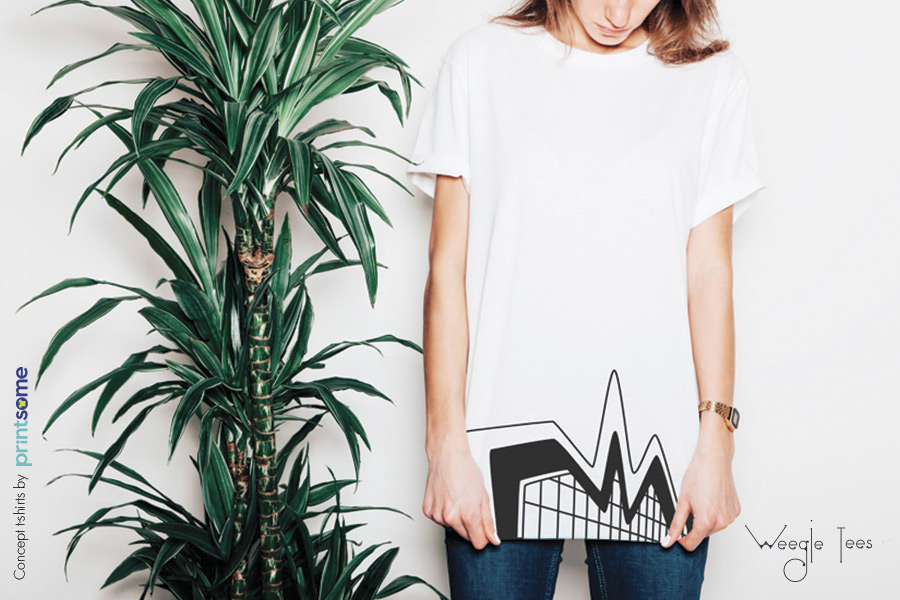 Printsome is a T-shirt printing agency based in London offering printed t-shirts from Cardiff to Dundee, as well as everywhere else in between. For an quick quote or even some advice on clothes printing, get in touch!