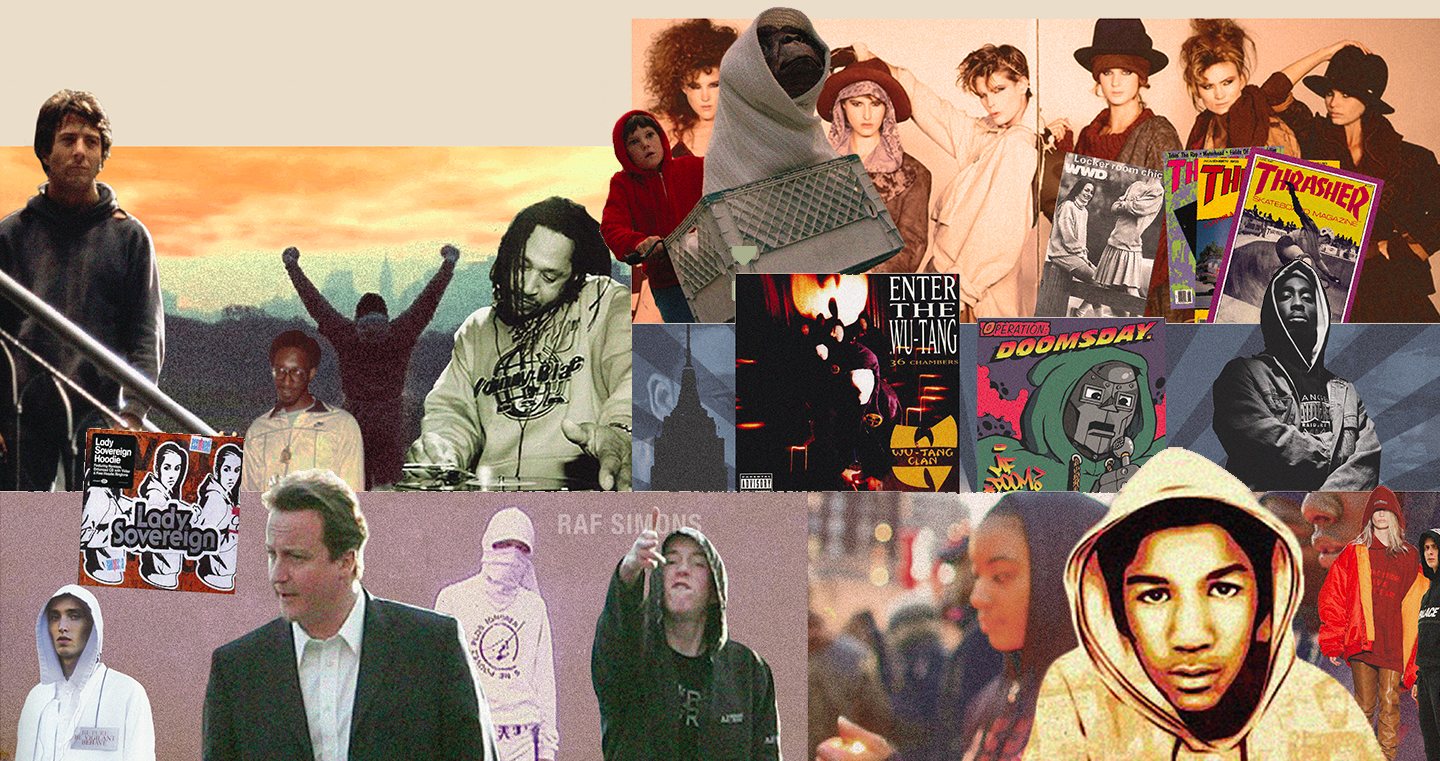 A brief history of the hoodie in the UK: An Infographic

When we think of iconic garments, probably the first one that comes to mind is the personalised T-shirt but a close second would be the hoodie.

When we wrote our blog post on the history of the hoodie in the UK, we mentioned how the story of the garment can be traced all the way back to the 12th century but in order to make it comprehensible, we decided to start in the 20th century.

With that in mind, we went on to create the ‘A brief history of the hoodie in the UK’ infographic. A graphical representation of the highlights in the history of this polemic garment.

It all started in the 30’s when brothers Abraham and William Feinbloom started their own sportswear brand called Champion Knitting Mills Inc which would later become Champion. Rather than make people sweat during workouts, the first hoodies were designed to keep (American) football players warm while they were on the bench. These pieces were big and not very elegant because they were designed to be worn on top of the protective gear.

Fast forward to the 50’s when college students started wearing the hoodie outside the pitch. It was the first time the garment was seen other than in a sports environment. It started gaining notoriety among certain circles but it wasn’t until the 70’s when it was first shown on film. Sylvester Stallone wore arguably one of the most famous hoodies in history when he ran up those steps as Rocky Balboa.

[content_band bg_color=”#E8F6D2″ border=”all”] [container]By the way, do you need customised sportswear? ⚽️ Printsome’s apparel-printing services are perfect for making souvenirs, merchandise and uniforms, among many other possibilities. Visit our website to find out more.[/container] [/content_band]

By the late 70’s and early 80’s the item had gained a cult status thanks to the praise of some groups. Skaters, break dancers and rappers wore the hoodie, which later became the inspiration for fashion designers like Vivienne Westwood who reimagined the garment as a luxury item.

Thanks to the cultural impact of hip-hop and brands like Tommy Hilfiger and Ralph Lauren, in the 90’s the hoodie became mainstream. It was also the decade when it started being associated with petty crime. It was a discussion that entered the 00’s and continues till these days.

In the UK, several businesses forbid the hoodie which sparked a nationwide debate that led to the ‘Save the hoodie’ campaign. The conversations, which included the now infamous David Cameron speech, shed light on social issues that were striking the British people.

Today, the hoodie is as polemic as ever. On one hand, we still have individuals who are persecuted for wearing it. While on the other, the streetwear movement, which glorifies brands like Vetements that sells hoodies for £800, is on the rise.

Need them for yesterday? Our delivery options can adapt to most deadlines. We also deliver all over the UK and Europe. Why worry about logistics when we can take care of that? Printsome deals with the boring stuff so you can get back to training. Personalising sportswear has never been this easy.