As many of you may already know, we have a series of posts that we like to call creative exercises, solidifying our name as one of the most creative UK printing agencies. This time round we thought it would be fun to imagine what it would have been like during famous historical events if social media had existed. Ok, so the telegram existed and even the internet during some of these events, but what kind of things would have made it to Facebook status and by who? After trawling the internet and a few rather peculiar brainstorming sessions, we’ve come up with some funny, chilling and downright controversial posts from some the most notorious faces in history. Here we go!

Who would the Iron Lady herself be irritating on Facebook with Candy Crush invites? Why President Leopoldo Galtieri of Argentina of course, as if she wasn’t pissing him off enough already during the Falklands War, Maggie adds insult to injury with a cheeky notification for his inbox.

If anyone in history would want to be checking out the filters on Instagram, it would have to be MJ himself, because to him, it did matter if his photo was black or white. 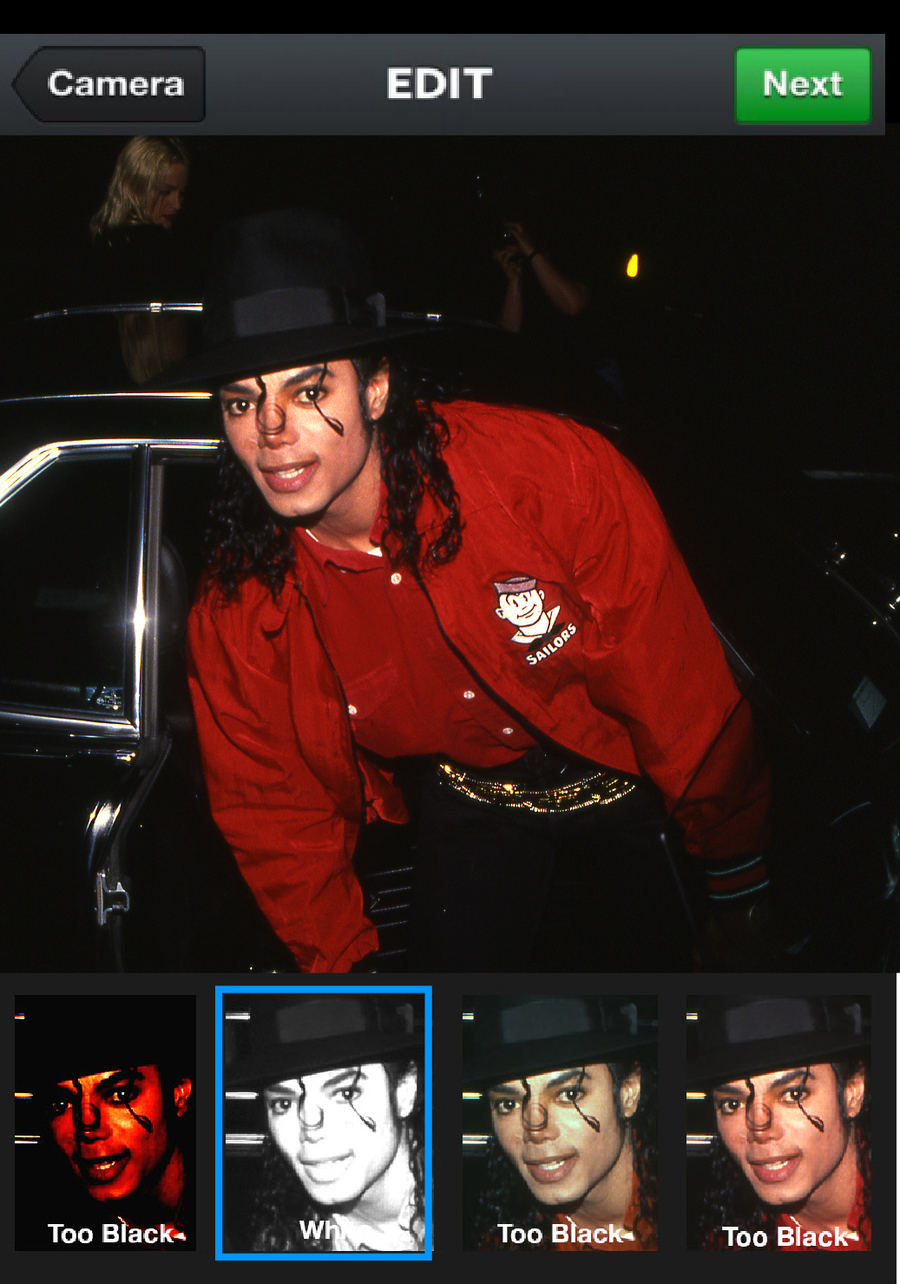 #3 Foursquare on the Moon

So what would be your first thought when landing on the Moon? Checking in on Foursquare of course! We are pretty sure that some form of sponsorship for the space mission would have been jumped on by the famous app. 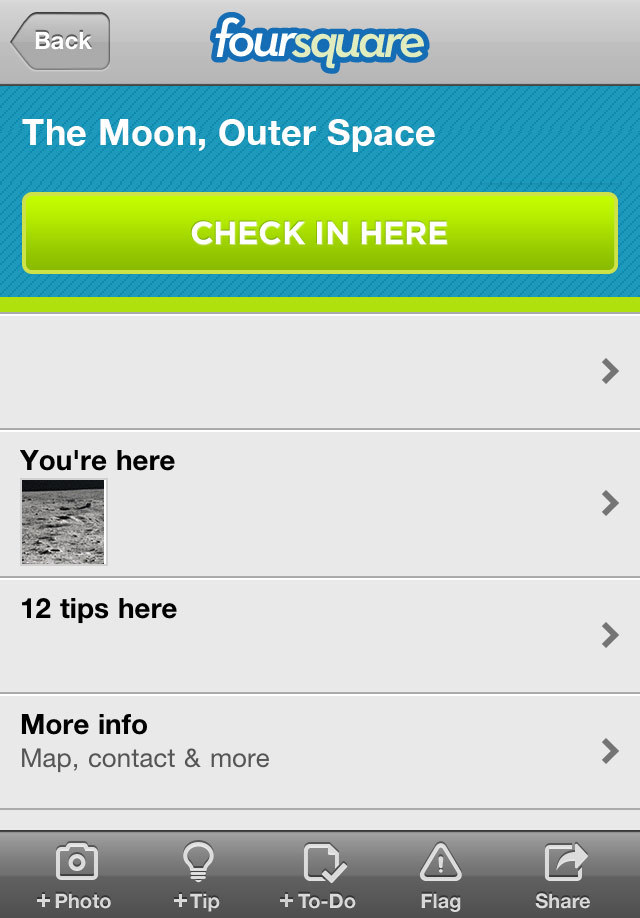 What is more chilling in social media life than that ‘friend’ who has no profile picture? And who in history has yet to identify themselves? Why none other than Mr. Ripper himself, after all he wasn’t particularly careful in covering his tracks, seeming to laugh in the face of the public with his brutal attacks. We’re pretty sure he’d be open about it in a social media world too.

#5 Feelings from the Atlantic

Despite the tragedy that was the sinking of the Titanic, there were of course a few well-known survivors, what would they have published as their Facebook status?

#6 Protests of Innocence to Fans

If Facebook had been around during the trial of O.J. Simpson, we’re pretty sure that the lawyers would have been all over painting a positive image of him through status updates, with the whole nation on the edge of their seats awaiting the next update from court.

#7 Monica was being discreet

Or so she proclaims. Landed Bill right in it though, didn’t she? If social media had been around, it would have only made matters worse, with subtle clues appearing all over the net prior to the discovery of their infidelity. 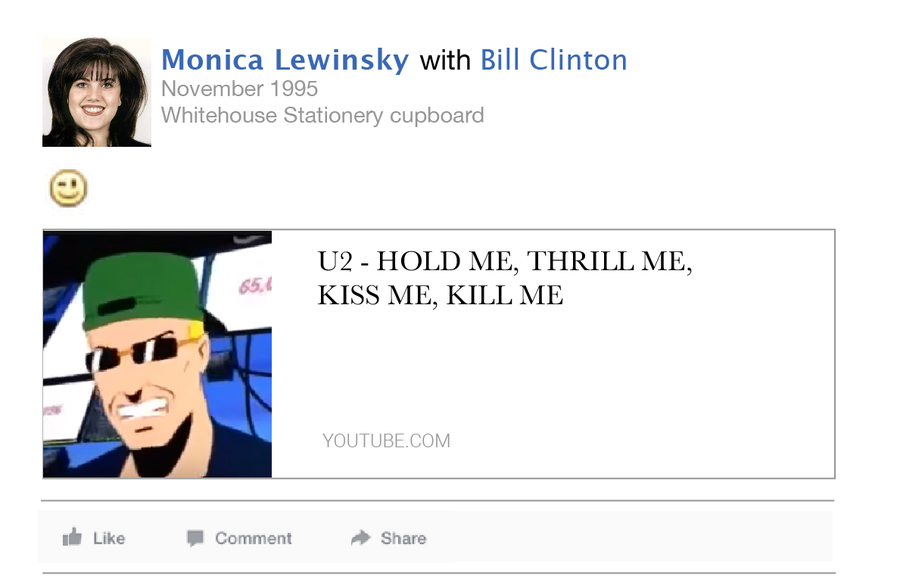 Nowadays there’s an application for everything… we reckon a lot of thought went into that moustache that would later become a symbol of the devil in the years to come, though he has apparently had some recent success on Tinder. 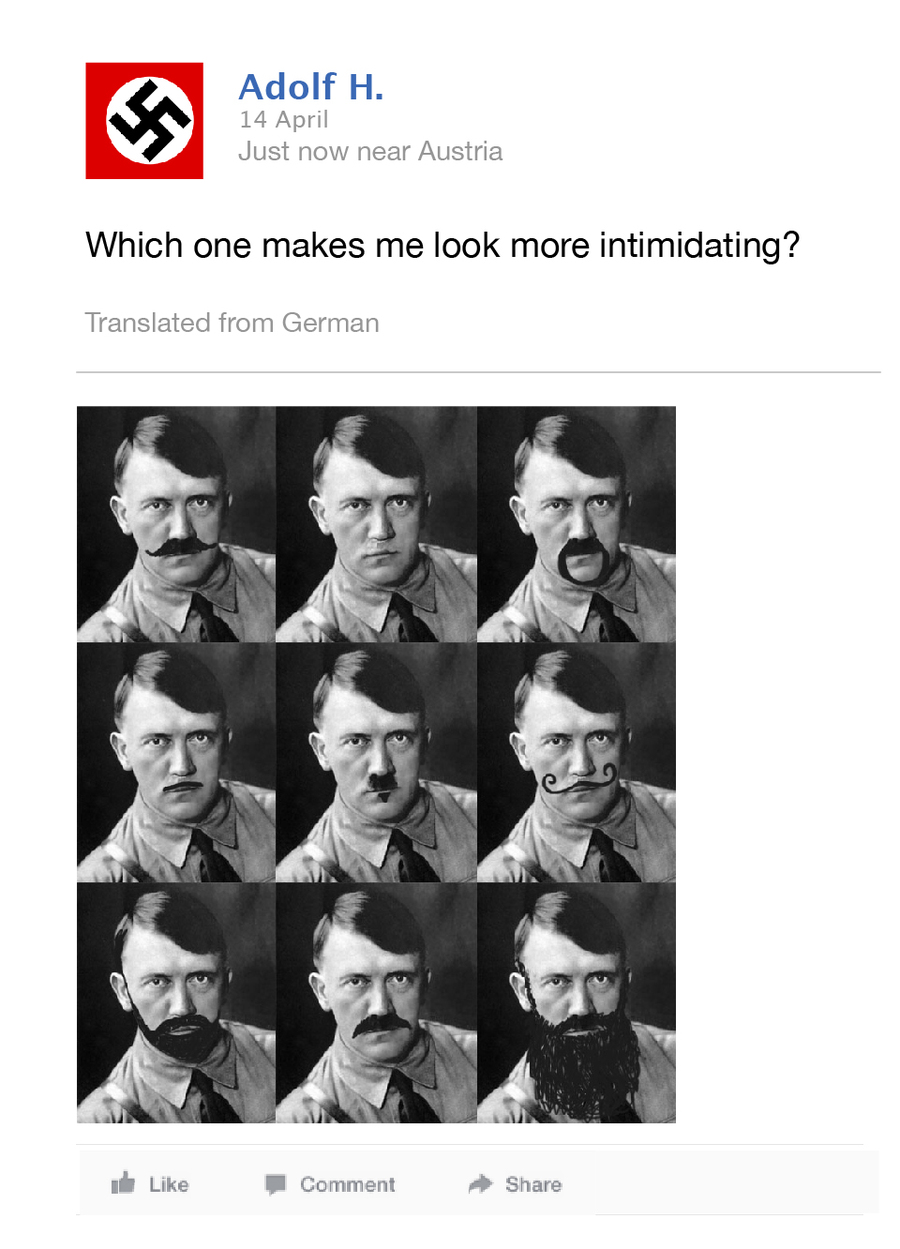 It would be great to know what Maradona would have done on social media in defence of that cheeky hand of his. We thought it would be pretty funny to add a touch of Photoshop into the mix too, oh, and God himself, of course. 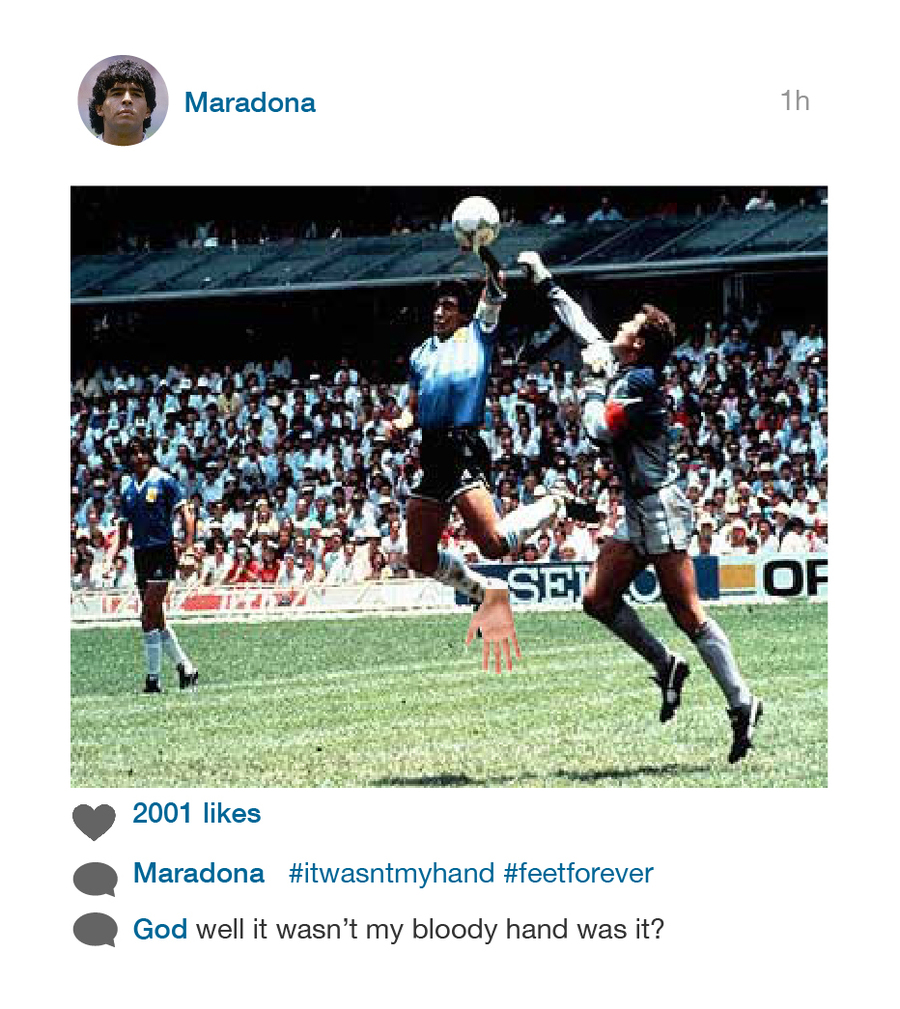 As we all know, when people are feeling a little mentally unstable, the first place it tends to show is all over their profiles and social internet activities. Van Gogh would have been a massive sucker for this, warning his girlfriend prior to her receipt of the infamous gift he sent her through the post. 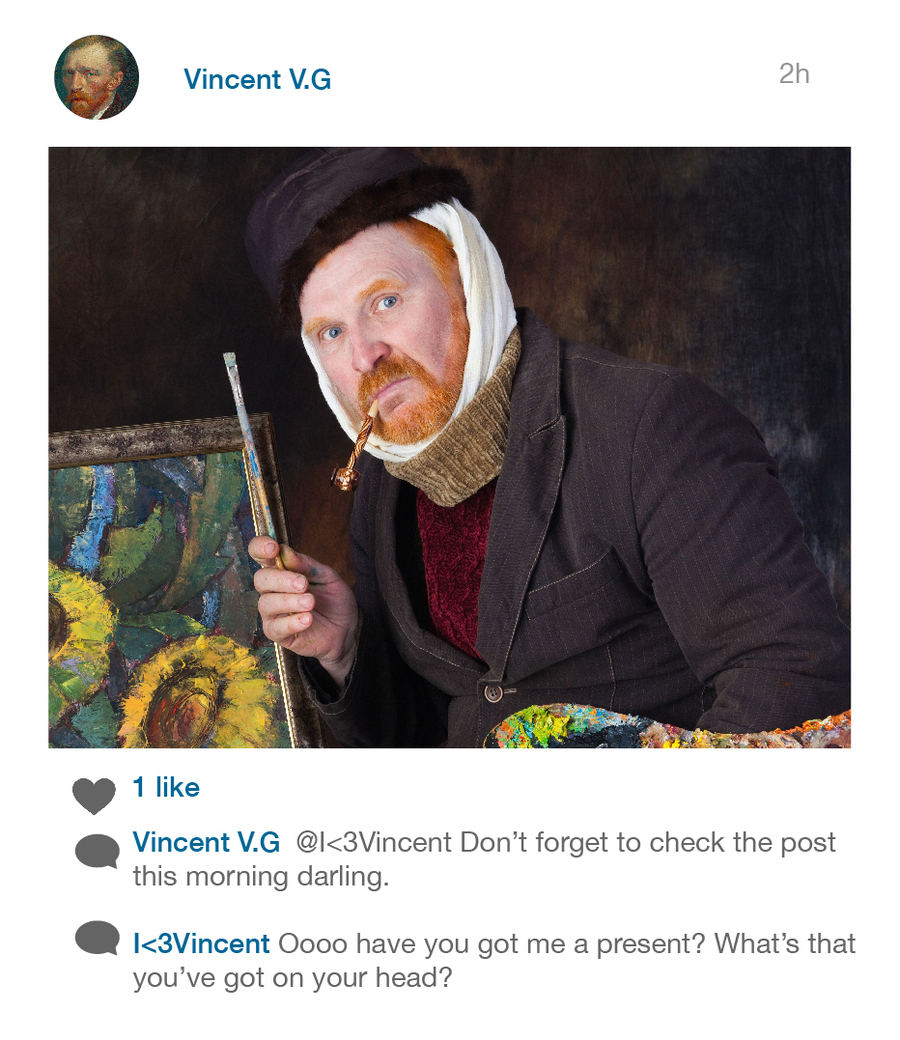 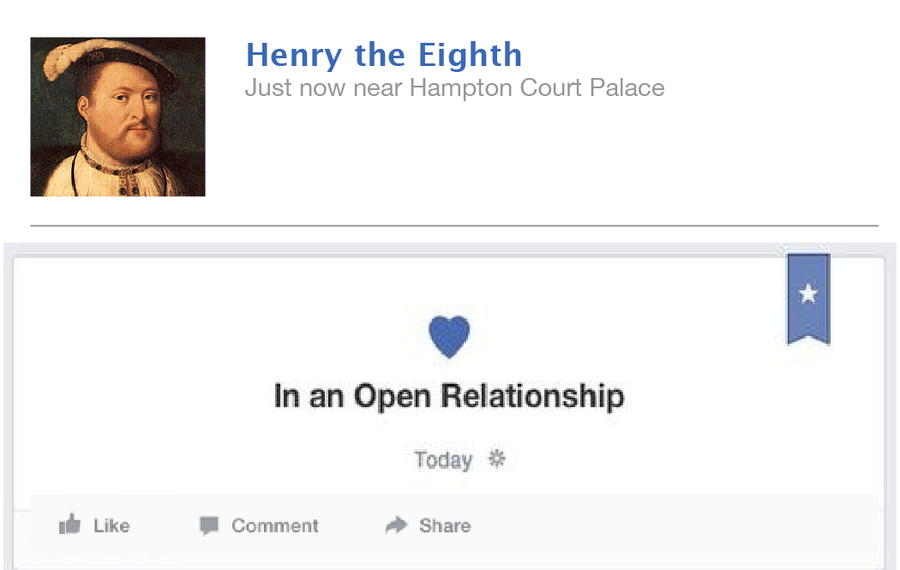 We all have one of those friends who loves to come up with a few wise words. We imagine that Frida, with her high celebrity lifestyle (and loads of free time at home) would have been a hardcore instagrammer, admired by her many lovers and fans. 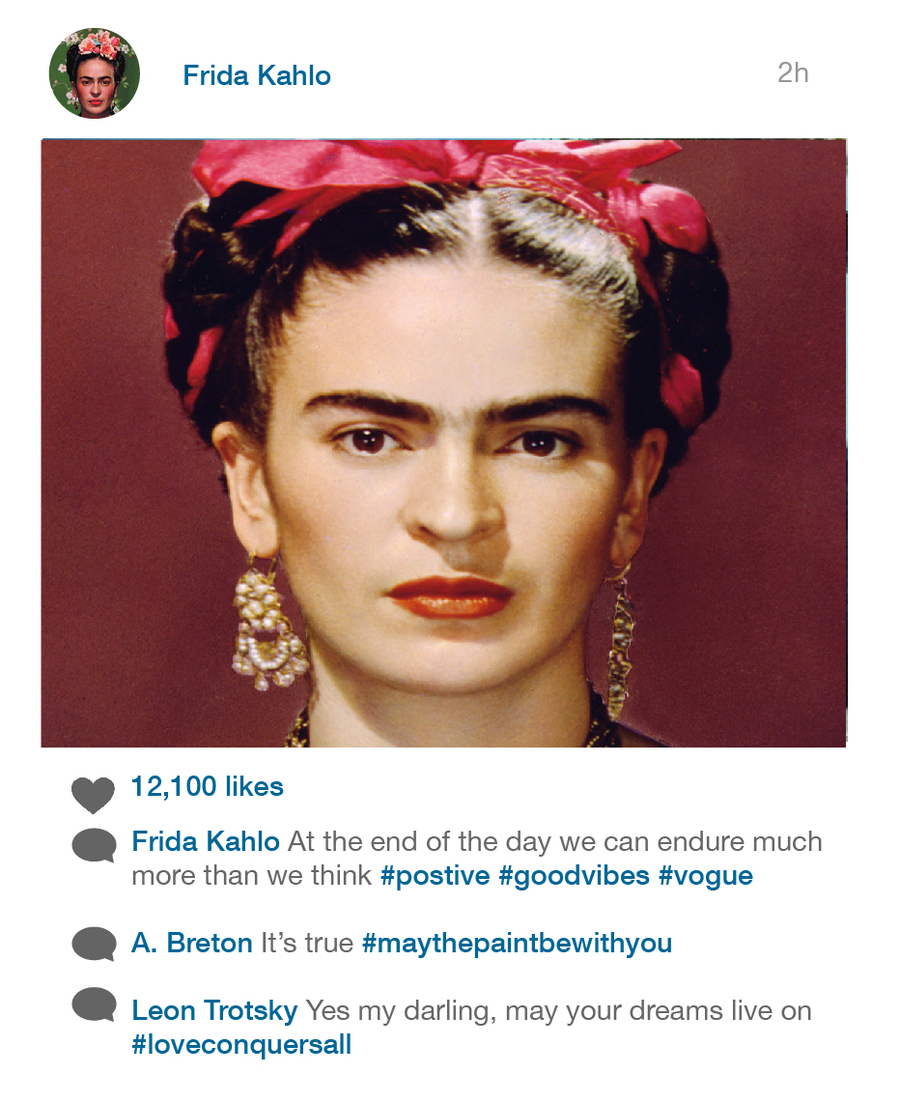 #13 Ironic Status from the King

Charles I must have seen what was coming, suffering from an unbearable migraine, which was soon solved for him. Be careful what you wish for folks.

Let’s face it, we all mess up from time to time. Poor old Chris did a good job, but just got his Google maps a bit off whack. No problem though, now his Instagram followers have an accurate idea of what Japan looks like. Not. 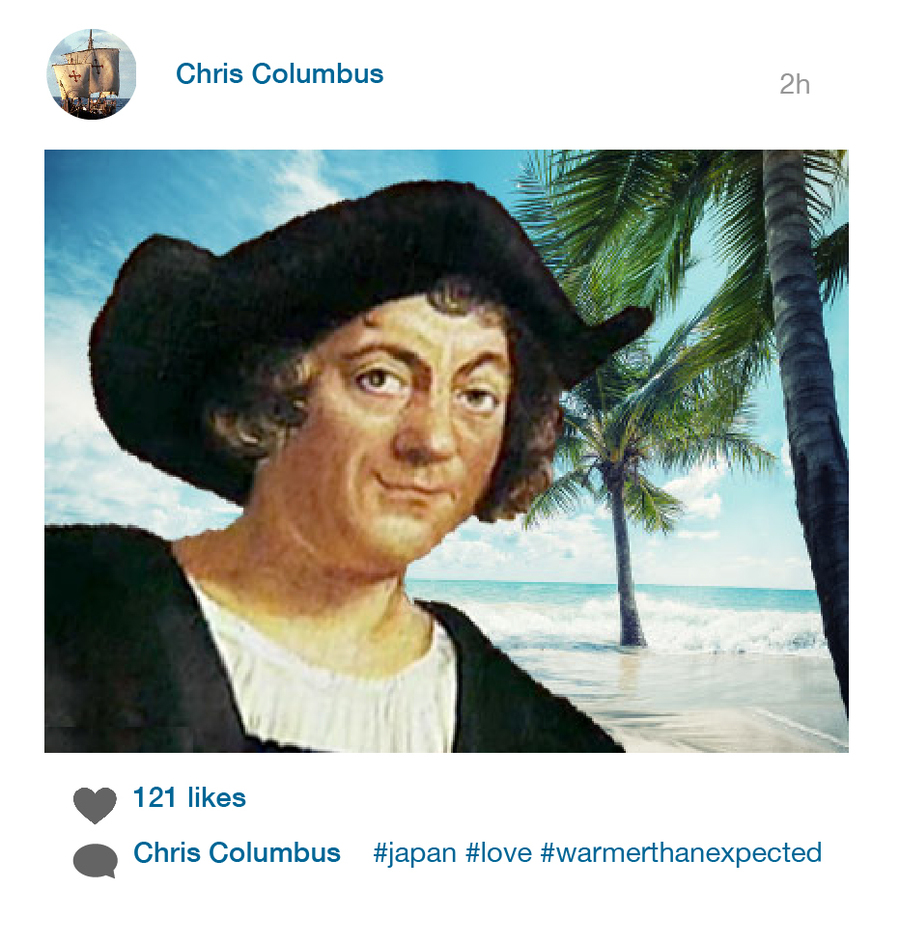 I’m sure you can come up with a whole load more fun social media interactions from the past, so why not write to us at Printsome and we’ll design and showcase the best ideas.

Printsome is a custom clothing agency delivering across the UK, from Leicester to Nottingham and everywhere in between. For a quote on promotional clothing or a nice chat about geomarketing and SMEs, just get in touch!