“Fasten your seatbelts, it’s going to be a bumpy night!”

From All about Eve (1950), It’s probably one of the most iconic quotes in movie history. Pronounced by Hollywood legend Bette Davis, the line itself seemed to foretell the symbiotic relationship films and fashion would have through the many years to come.

The movie is remembered for many reasons and one of them being the fact that it became the first movie set in contemporary times to win the Oscar for best costume design. After all, it had only been two years before that the Academy started recognising the role of fashion inside the movie industry and since then, nobody has questioned its importance.

When done well, costumes add a new level of storytelling to the film. Through them, we can get inside a character’s mind and learn about their backstory. Fashion has gone as far as inspiring entire scripts. According to Fellini, it was a Balenciaga dress that originated the idea for La Dolce Vita.

While we will never forget Anita Ekberg playing at the Trevi fountain in her beautiful black gown, the most simple of garments have also the potential of creating memorable moments. In this particular case we’ll be talking about trousers in movies — no, of course not. Since we’re Printsome we’re going to talk about T-shirts. What else if not?

We’ve gathered some of the most iconic T-shirts moments in films and piled them neatly on this list.

Whoever said a man needs a suit to look dashing has probably never seen Marlon Brando’s swoon-worthy take on the classic white tee as Stanley Kowalski in A Streetcar Named Desire. Though the movie based on the play by Tennessee Williams was released in 1951, guides on “How to pull of the tee as well as he did” still pop up regularly online. 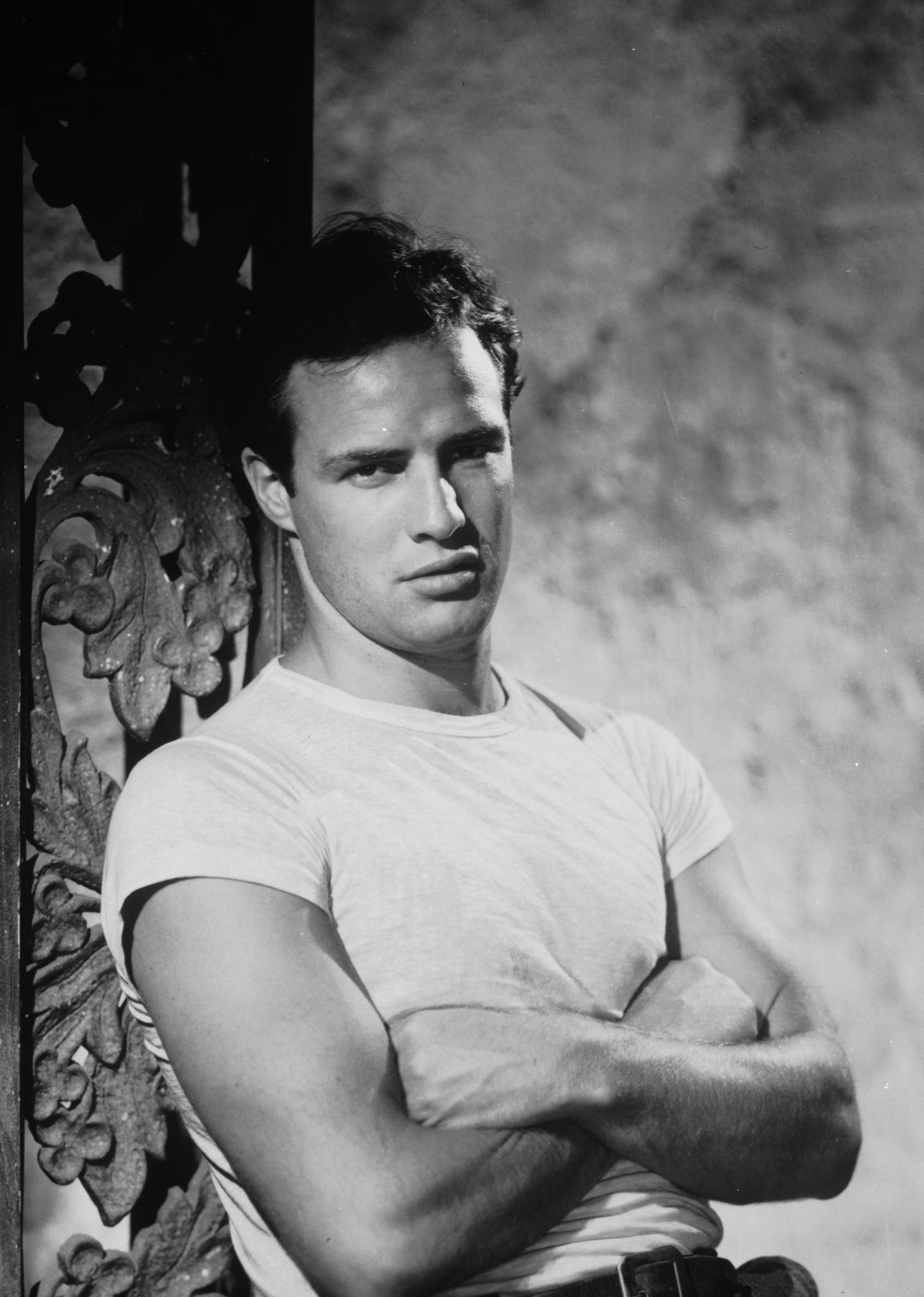 ‘Win “Rocky” win’ – this blue vest with red lettering only appeared on the sequel, but it was originally supposed to first be used in the original film. The scene ended up being cut for unknown reasons. Check out the full story here. 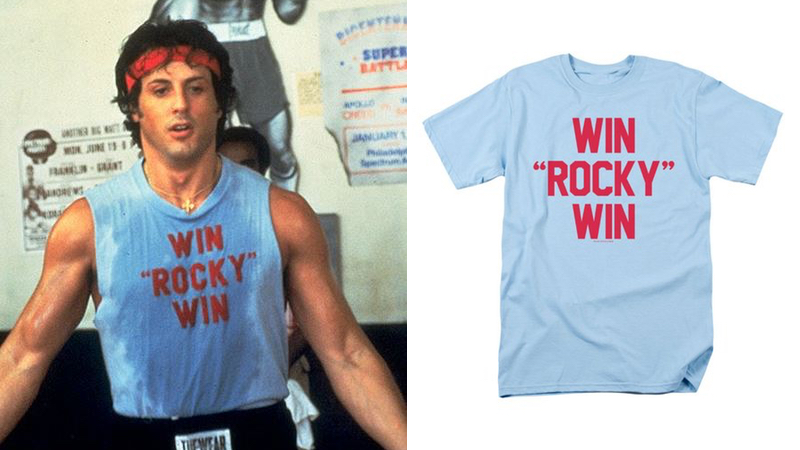 Hands-down one of the most instantly recognisable movie outfits, this one was worn by John Belushi’s character John “Bluto” Blutarksy, who is in his seventh year of college thanks to his 0.0 GPA. He might get F’s in school, but this T-shirt gets an A+. 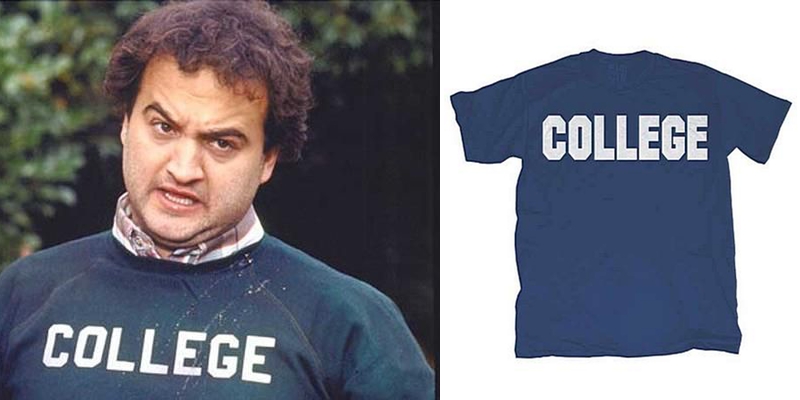 Deemed as one of the funniest sports movies ever, Caddyshack also featured one of the best T-shirt movie moments: the red tee with the Bushwood C.C logo on it that Danny Noonan wears around the holes. You can buy your very own replica online. 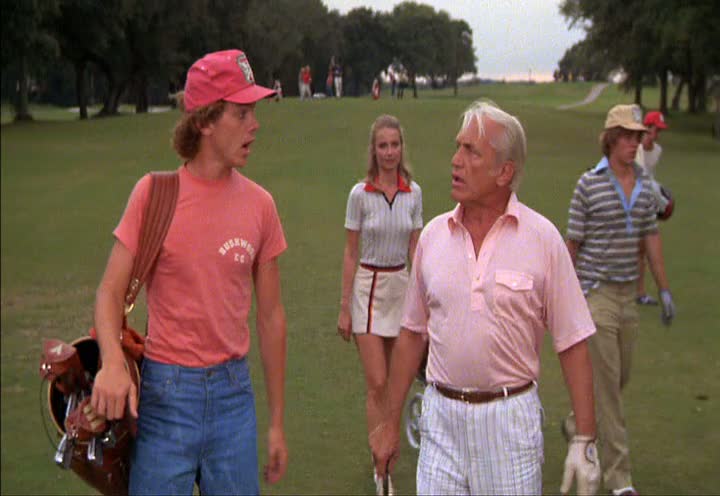 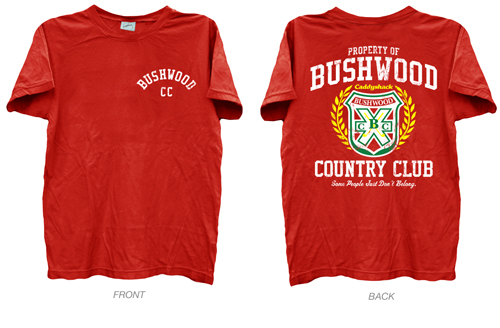 Chances are, if you saw Sam J. Jones in his Flash Gordon getup, you probably coveted one of these red-trimmed white tees yourself. If you haven’t seen the movie, just know that it’s a campy, space opera, science fiction film with a soundtrack done by Queen. Need we say more? 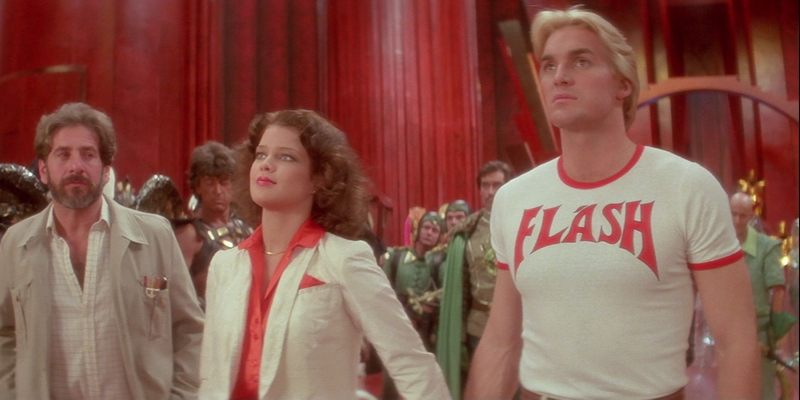 Another high school movie, another great tee. This time, we’re talking about Jeff Spicoli’s Colt 45 shirt. Pair it with a pair of slip-on Vans and all you’ll be missing are some tasty waves and a cool buzz. 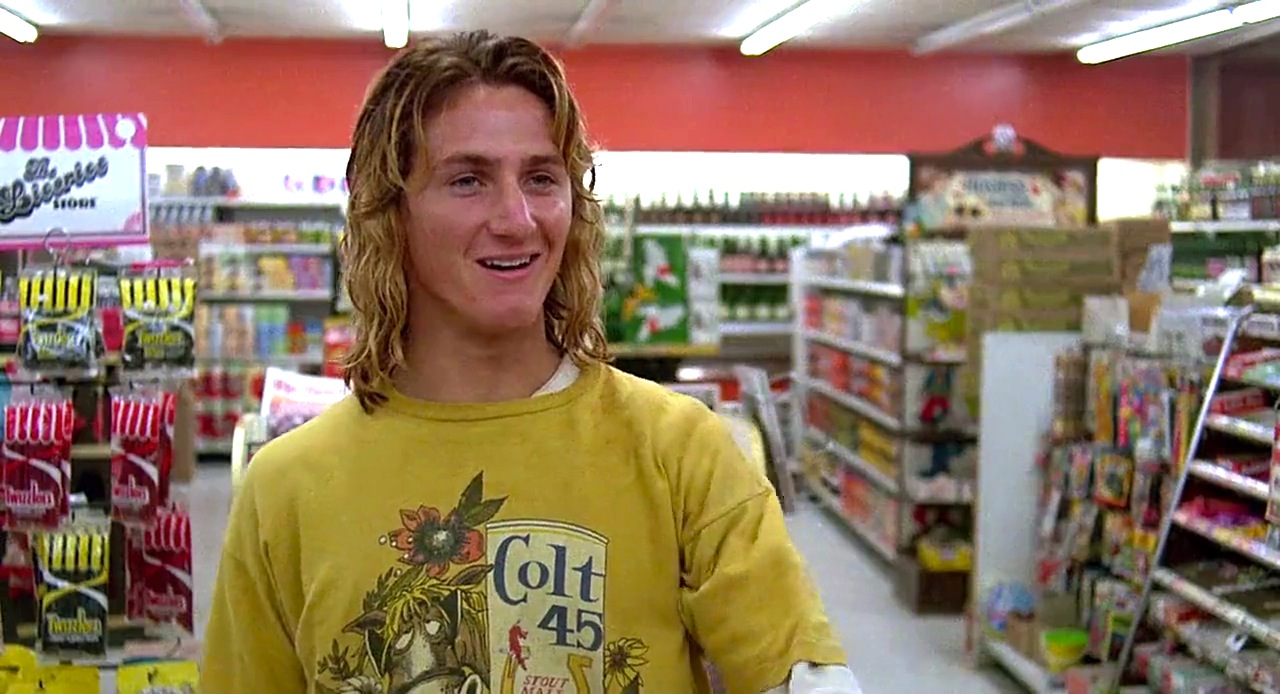 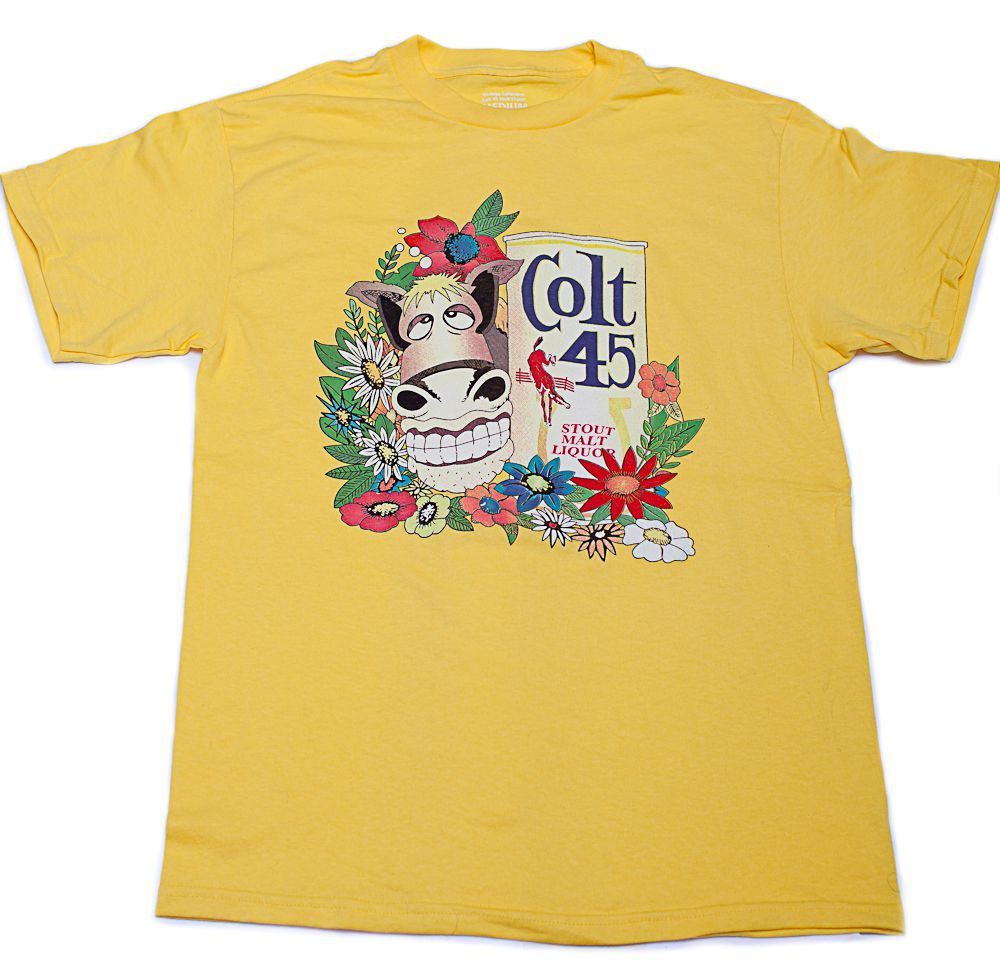 The characters in this movie pushed the boundaries in more ways than one: Their pranks were epic, but the T-shirts were pretty wicked as well. Dudley Dawson wears one that says ‘High on stress’, while Booger rocks a tee with ‘Gimme head til I’m dead.’ Both memorable — both probably not things to wear to meet anyone’s parents. 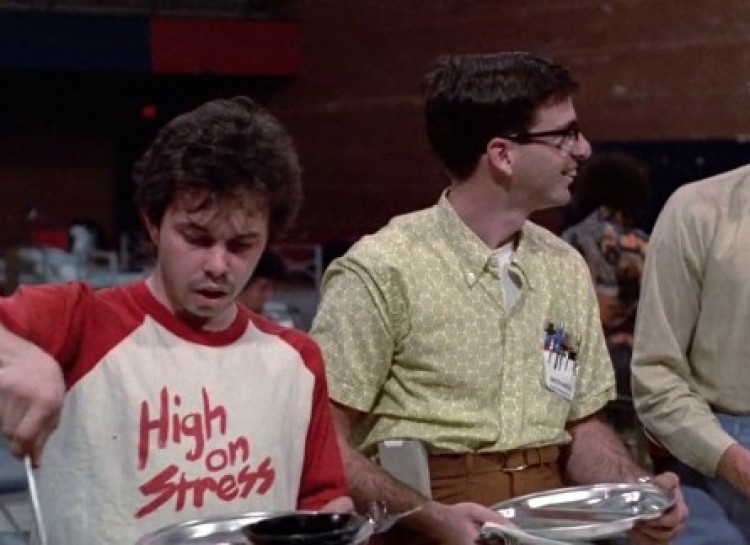 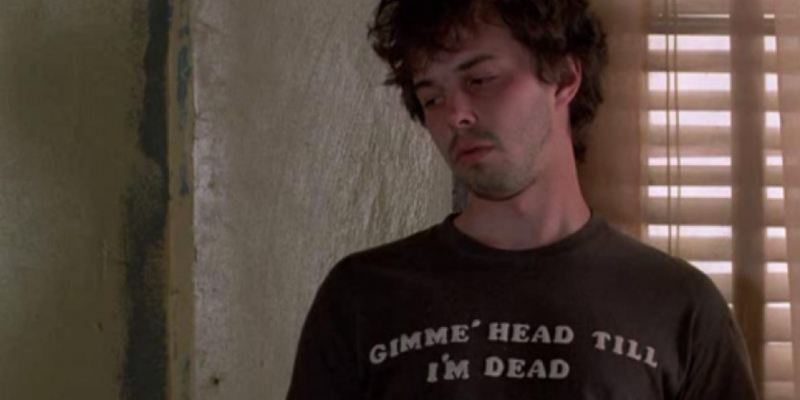 Chris Knight (played by Val Kilmer) shows up to a job interview wearing a shirt that says ‘I <3 Toxic Waste.’ A good slogan tee is always a good call!

Ferris was the star of the show and had an attention-grabbing wardrobe that fit the part. Still, it was his depressive friend Cameron’s good old red hockey jersey the one piece we remember today. Comfy and classic, this wouldn’t look out of place on a sports fan today.

Keanu Reeves starred in this 1989 cult classic as the Ted half of the dopey time-travelling duo. His Van Halen T-shirt and black vest pairing was one of the more excellent fashion moments of the movie. Now that’s one bodacious outfit.

The movie that launched a thousand last-minute Halloween costumes. Either Wayne’s simple black tee or Garth’s band shirt plus flannel combo is something you can probably pull out of the back of your wardrobe, or at least borrow from a friend. Add a black hat (Wayne) or glasses and a blonde wig (Garth) and you’re good to go. Party time, excellent, woo woo woo! 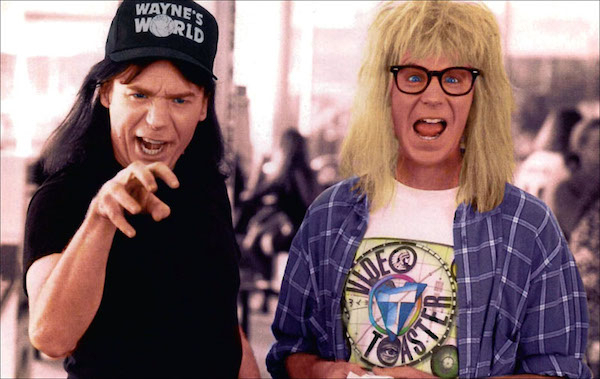 While Matthew McConaughey’s hairstyle from Dazed and Confused may be decidedly out of fashion these days (not to mention that moustache), we can’t say the same for the top his character David Wooderson wears. Rock & roll fans will recognise the print as the cover of Ted Nugent’s Amboy Dukes final album Tooth, Fang & Claw. You know what we love about this T-shirt? We get older, but it stays the same (in terms of coolness). 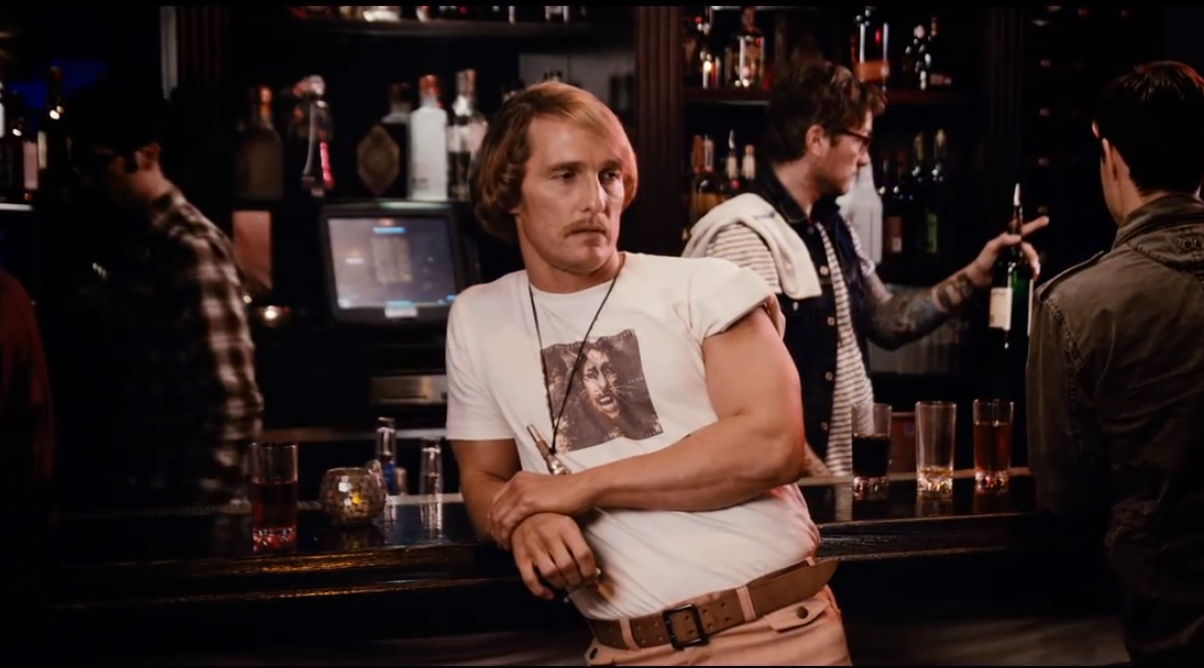 ‘Guns don’t kill people. I kill people.’ That slogan on a shirt is scary enough — but add on that it’s worn by Mr Lawson, Happy’s former boss who towers over seven feet tall and you got one terrifying picture. 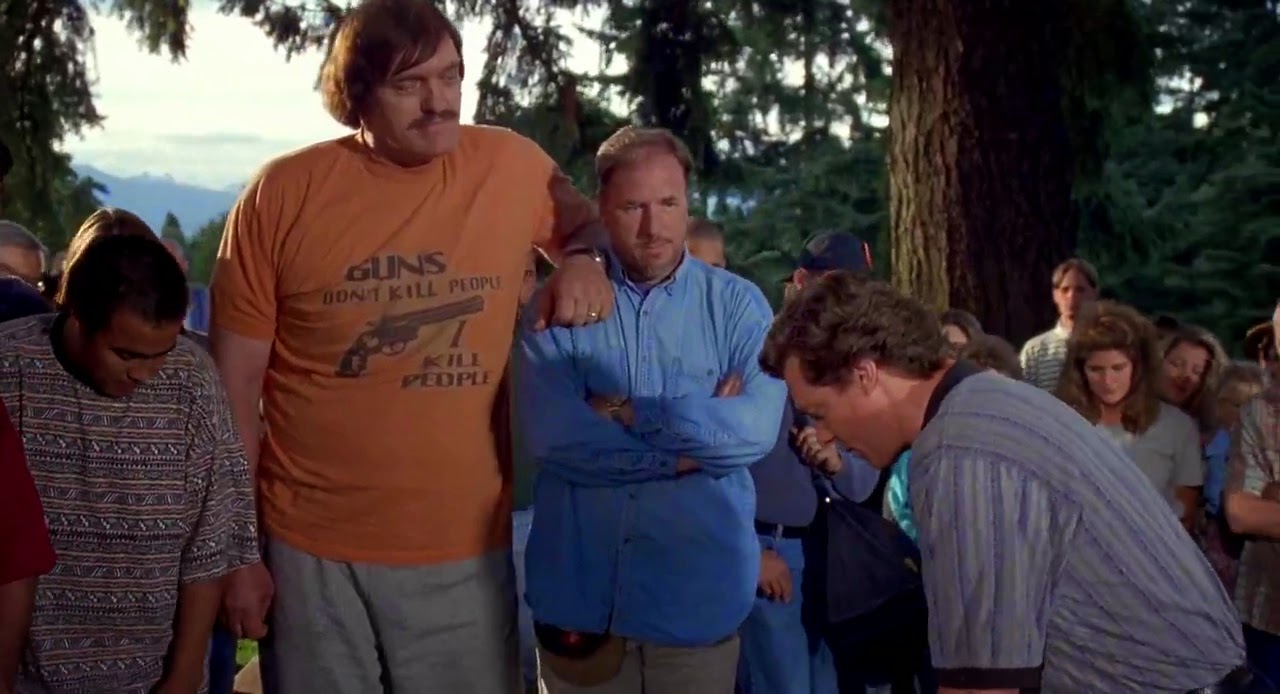 Brando did the plain white tee the sexy way, but Bridges wore it in a way that may be more familiar to those of us not genetically blessed with an A-list movie star bod. The Dude showed off a truly effortless take on the white v-neck T-shirt, by which we mean the idea was that his character really hadn’t put any effort into the way he looked. Bathrobe optional. 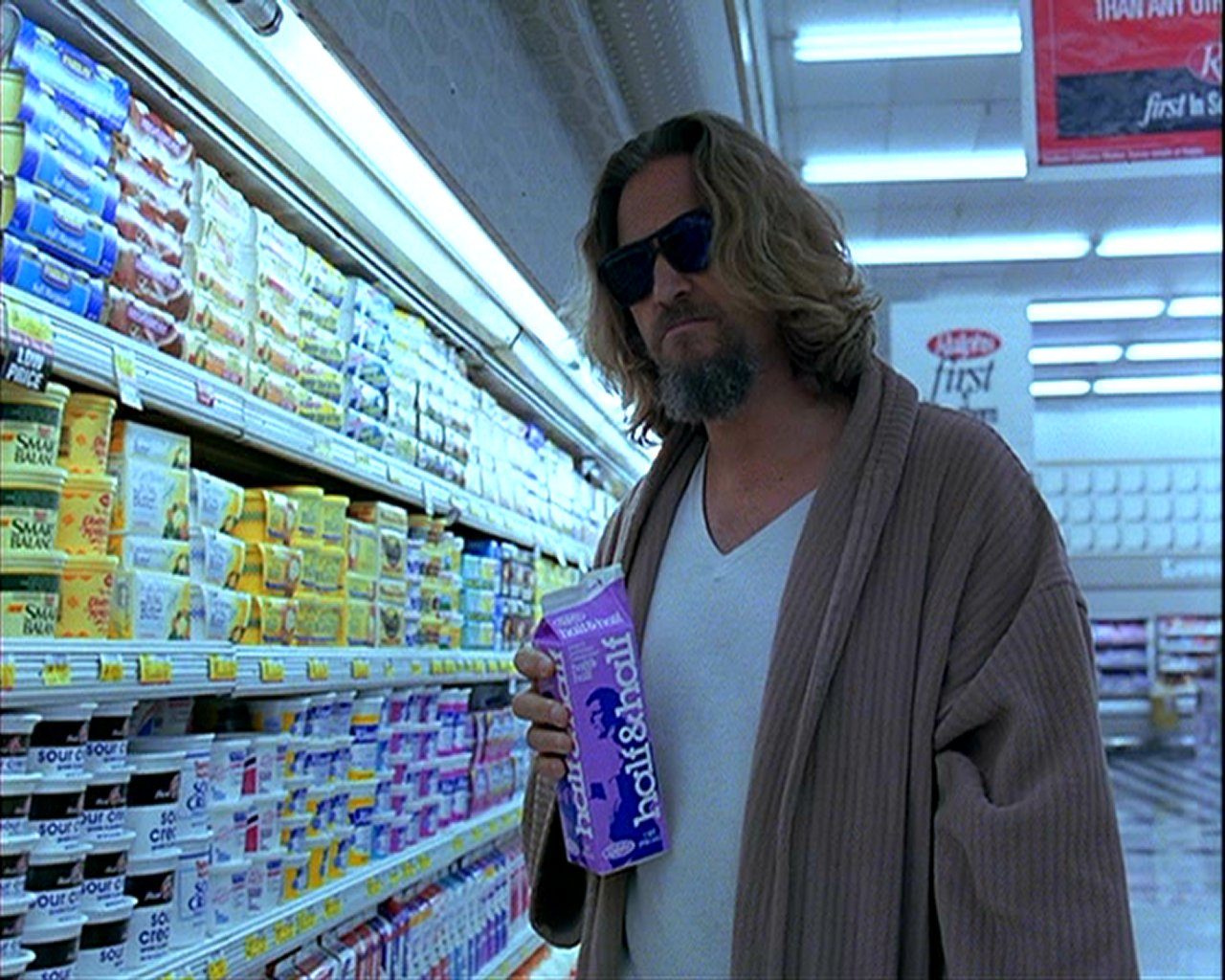 In the movie, quiet Pedro passes out the garments to help with his bid to be student class president — a classic marketing move we’ve talked about quite a bit. Needless to say, the tees were very popular with fans of the film. 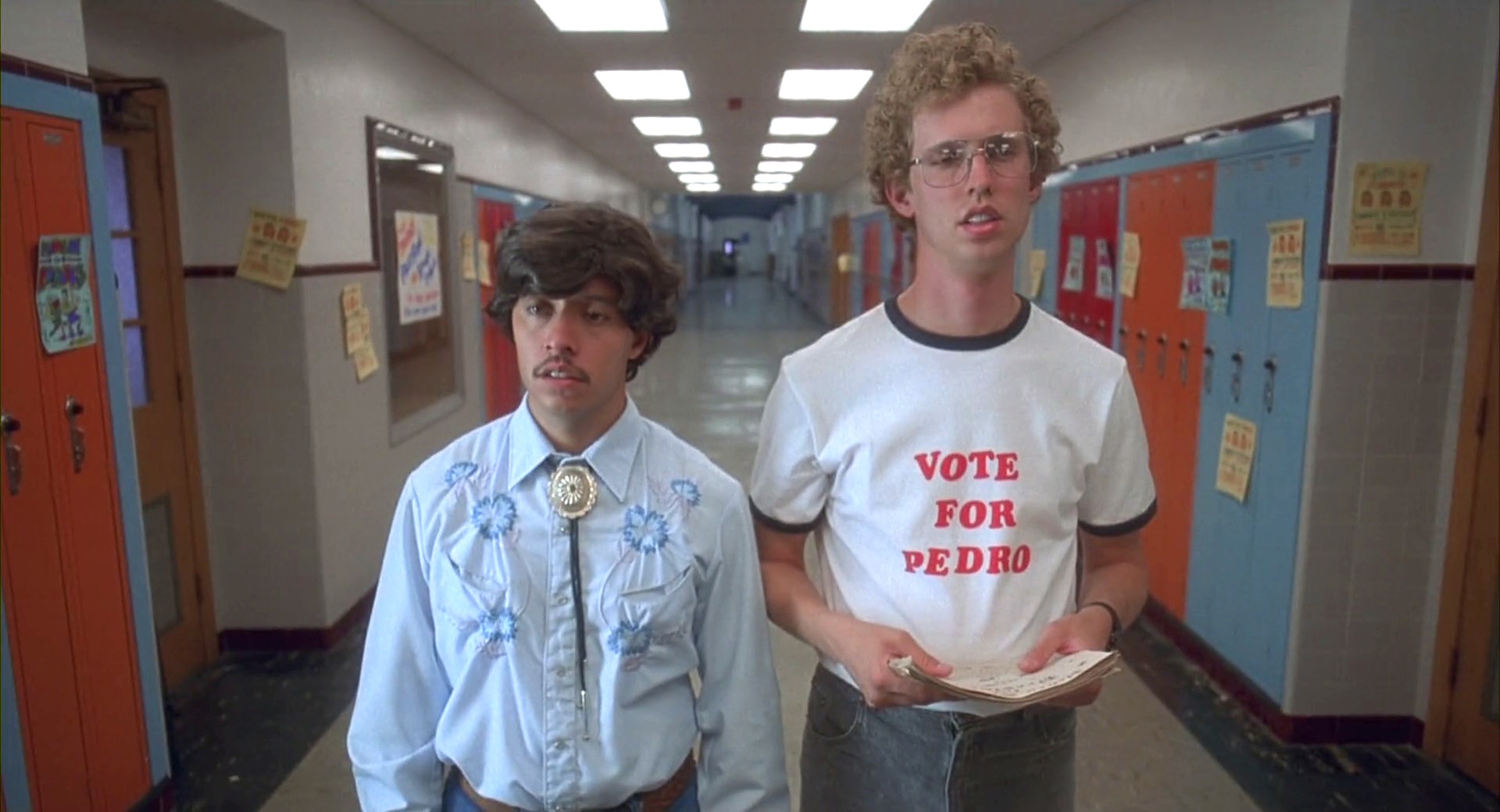