Creating a T-shirt Brand: Not Without Leicester

Here we are again with some more conceptual custom t-shirt designs, based this time, on the luscious land of Leicester, England. In this series of articles, the primary aim is to create a t-shirt brand based on the city as the brand identity focus. Last week, we talked Birmingham with ‘Inventees’ and this week, we’re heading a short distance away to express our creativity in t-shirt design.

If anyone has mentioned the city to you within the last few days, it has most probably been in relation Leicester City becoming champions of the Premier League, but there’s much more to the medieval city than football. Following the influx of Indian and Pakistani textile workers in the 1960s, the city has become a place of multicultural magic with mosques and temples all over the city. In fact, if you look for information about Leicester, its residents predominantly seem to pride themselves on their cultural activity. This, then, would be the focus for the brand.

Unlike a lot of city names, Leicester isn’t quite so easy to play with in terms of naming for a brand. In fact, creating brand names is a very tough business often left as an afterthought, though can be quite crucial to the success of your t-shirt brand. I began to think about all the unique things Leicester has to offer and what the UK would be like without them when I had a few ideas for the name: Born in Leicester – not great as not everything I wanted to include in the designs was born as such; ‘Made in Leicester’ – ahem… very original. ‘Not without Leicester’ seemed to work well, I could imagine the locals saying it proudly and is quite easy to remember. The speech bubble idea, as you can tell, comes directly from imagining a local saying it. You get the idea.

It would be a little rude not to start with a design for Leicester City Football Club, who only days ago were parading around the streets in celebration of their most recent victory. Thinking about who would want to buy these personalised t-shirts, they would have to be made by fans for fans to give them that local feel. Since the club are locally referred to as the foxes, after the city’s famous foxhunting, here’s the graphic solution. 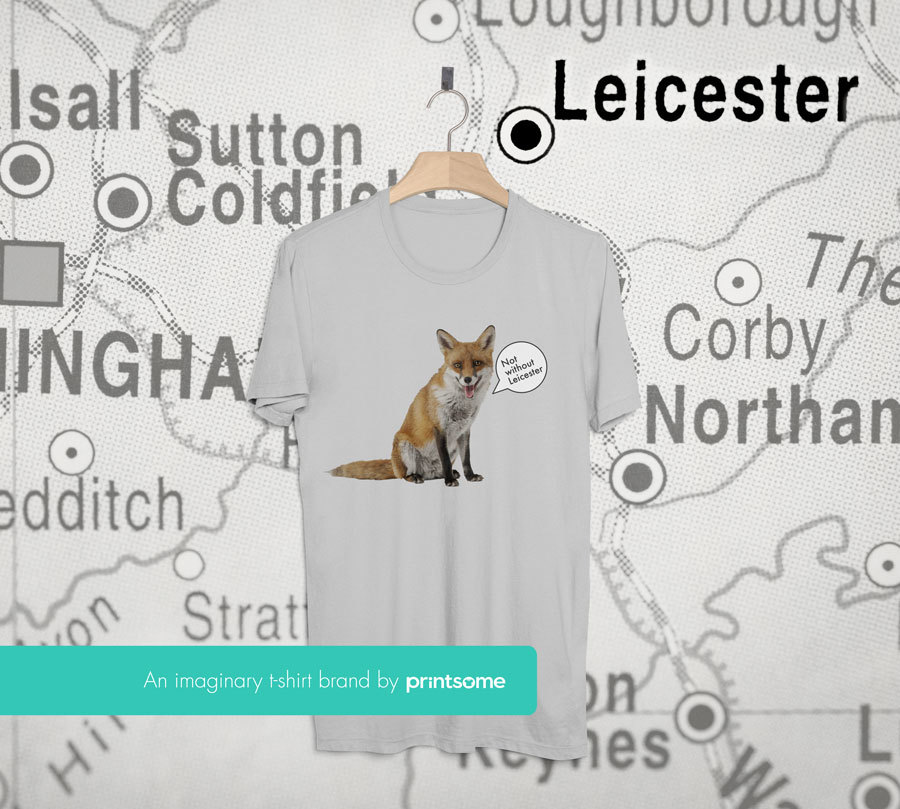 Potentially more well known through his role in Jurassic Park, Attenborough produced, directed and acted in an impressive number of films and alongside some of the most iconic actors of our time, such as James Stewart and Steve McQueen. Not only all of this, but he also found time to be president, chairman and/or trustee for an immense number of organisations, charities and societies. If David is all about animals, Richard was all about people. 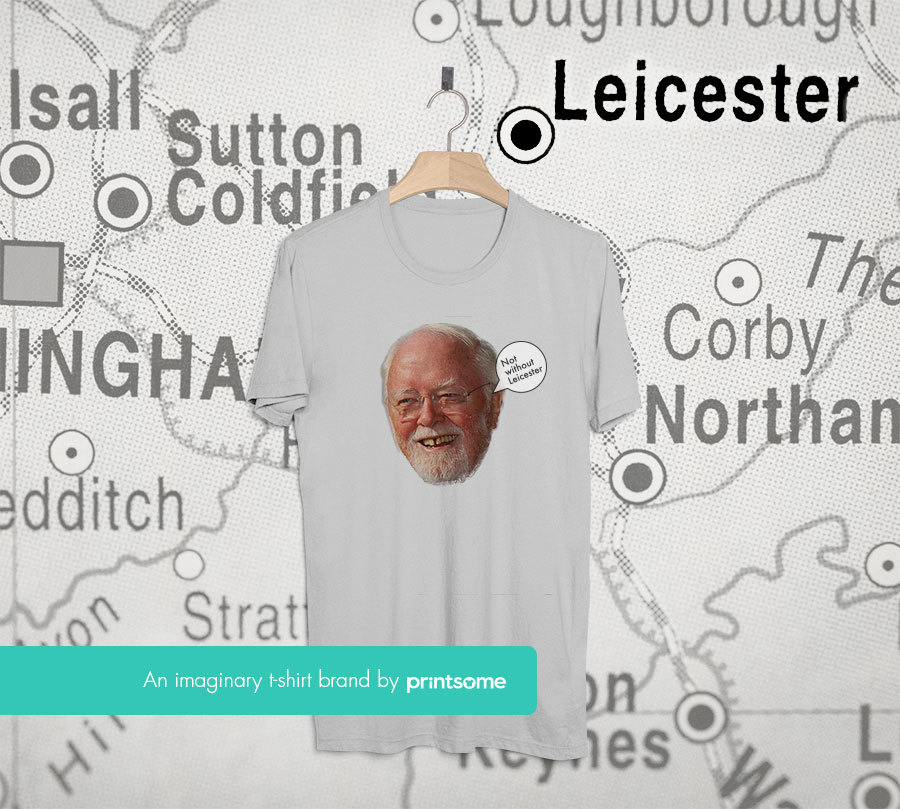 As if Richard wasn’t enough for one city, the Attenborough family did it again. There’s been a lot of talk about this fabulous man recently, upon him reaching his 90th birthday. Where would we be without David? He’s a household name, who has grown with us through generations, from his calming voice on Peter and the Wolf, to showing us creatures we wouldn’t have imagined existed in our wildest dreams. Not many people can say that they have an Antarctic research vessel named after them. Whilst he was born in Isleworth, Greater London, he actually grew up on the campus of University College Leicester. 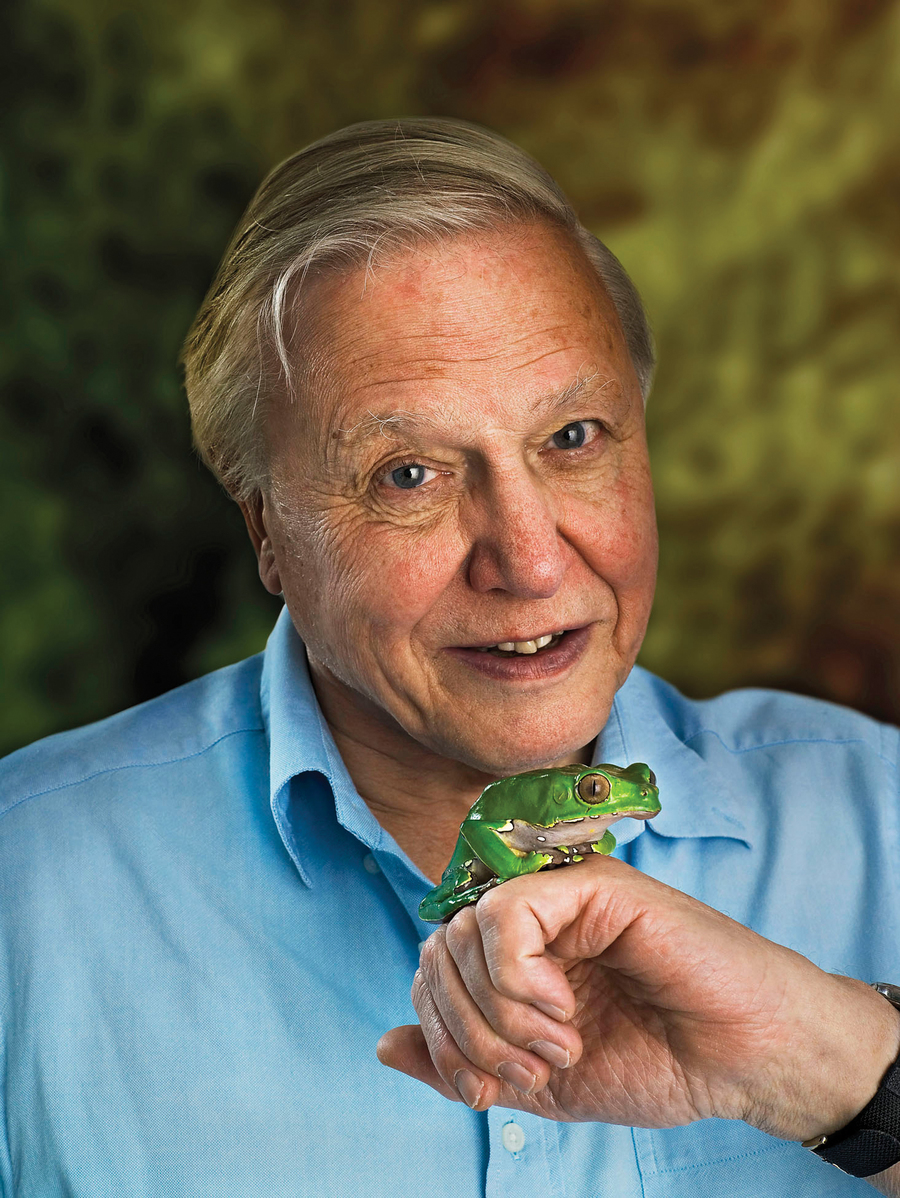 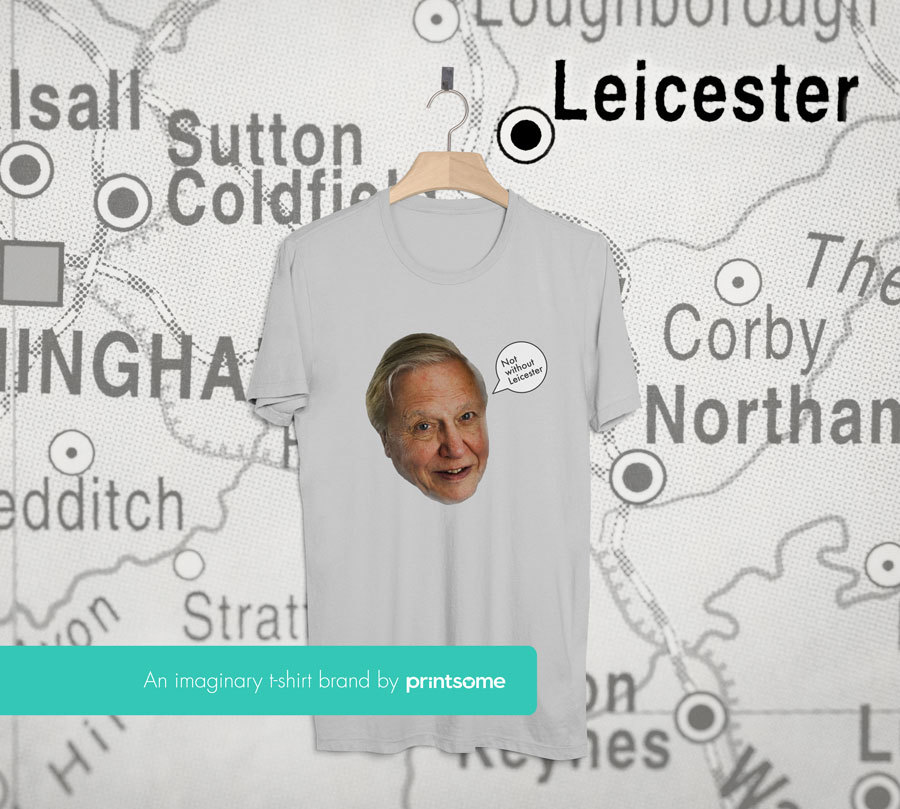 Whilst it seems somehow a little wrong to go from Lords to crisps, from 1948 Harry Walker changed our eating habits in the UK forever. Leicester is subsequently now home to the largest crisp production plant in the world, producing a whopping 11 million bags PER DAY. Can you even begin to imagine what that looks like? Certainly makes me wonder how they can justify selling 50% crisp and 50% air in one bag. Crisp culture. Key to Leicester. Probably not as addicted as this woman. 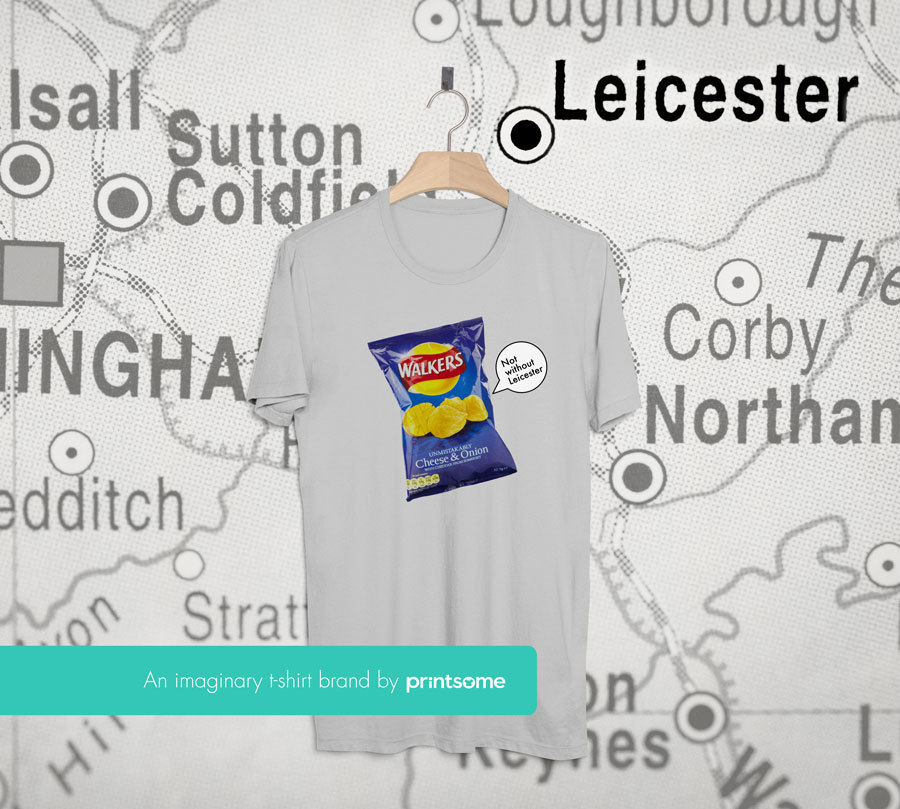 And key to crisp culture is Gary Lineker, Salt and Vinegar. Gary became the face of Walkers, when the company stayed homegrown right down to their advertising, using Lineker to sell their crunchy snack for the last 20 years. Like the Attenboroughs, this football star is equally one of BBC’s finest produce. I couldn’t resist including this advert from 1995, with glimpse of Leicester and that cheeky ‘welcome home’ wink. 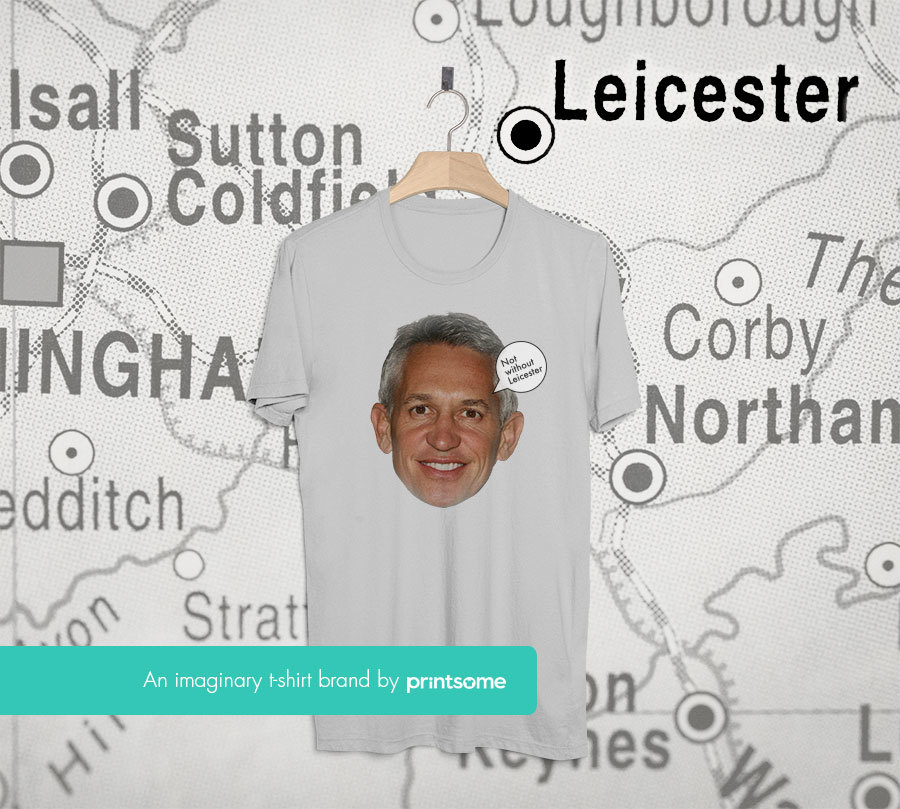 From BBC TV to BBC radio, Leicester is the proud home of the first ever local radio, originally named ‘Radio Leicester,’ way back in 1967. In 1974, they launched a weekly program for the radio’s Asian listeners, catering for the multicultural diversity of the city. It’s hard to imagine the UK without local radio stations nowadays, so that makes for another case for a ‘Not Without Leicester’ t-shirt design. 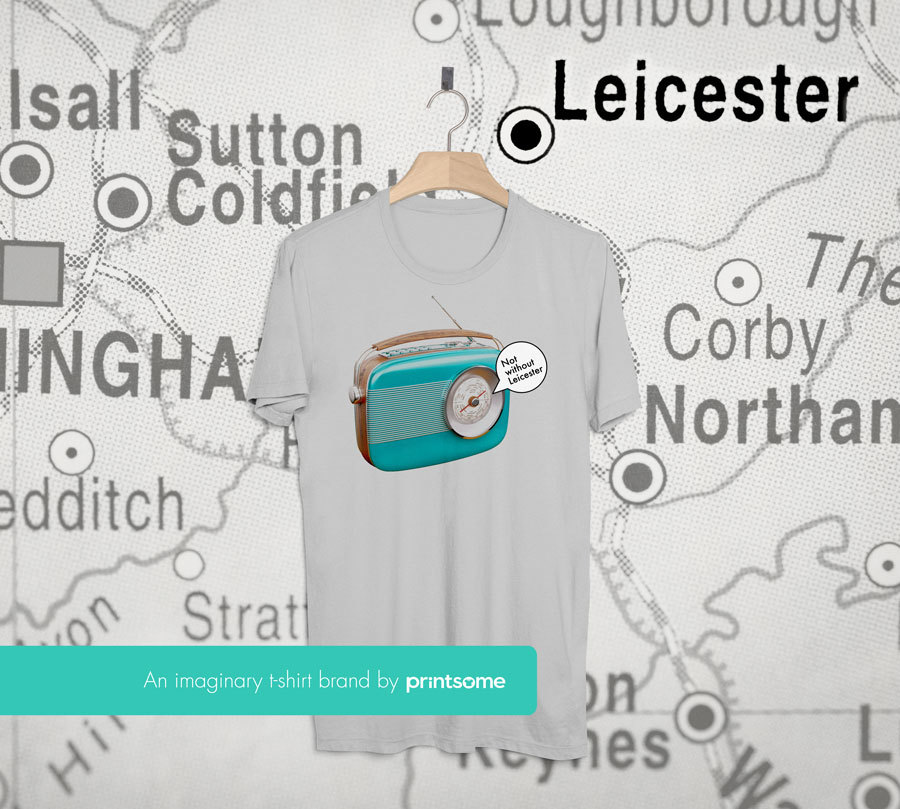 We owe much of Britain’s cultural offering to its immigration over the years, with events such as Diwali, the festival of light, which is particularly prominent in the Midlands. For the 11th largest city (by population), they hold one of the biggest celebrations outside of India with over 37,000 attendees in previous years. Diwali brings with it a festival of colour, candles and traditional street food not to be missed, and is an inherent part of the city’s identity. 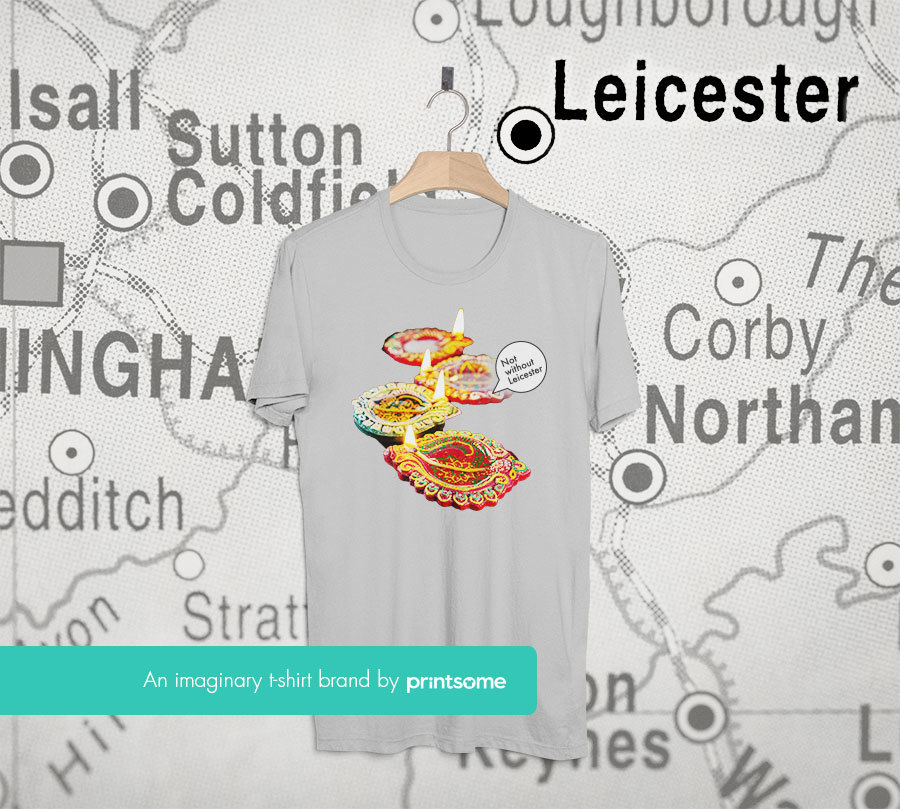 Starting in 1994 a relatively small scale affair, Leicester Comedy Festival now attracts around 50,000 people a year from all over the world and is considered by the Guardian to be in the top 5 of festivals of its kind in the world. I’d say that warrants a mention. 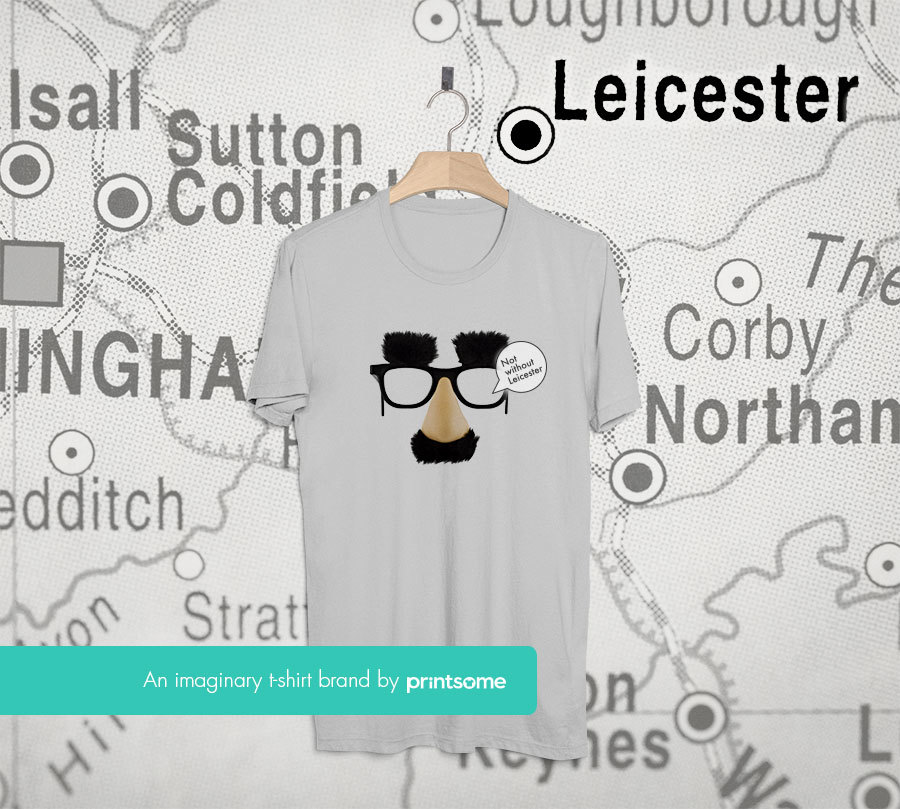 We are aware that Leicester is famous for a whole load more things, so if you’re interested in seeing anything put on a t-shirt give the content team here at Printsome a shout! Same goes for if you would like to see another city designed, we’d love to hear from you.