Here at our Printsome office, we have people from all over the world with all different kinds of backgrounds, but one thing we have in common (aside from our passion for T-shirts) is that everybody has had one of those bosses. You know, the ones that manage to ruin half your weekend because you wake up on Sunday morning already dreading the next day.

But every once in a while we get to work for the other kind — the one that knows just how to motivate their employees to do a great job. Not only do they create an atmosphere that’s pleasant to work in, but they also give their employees a reason to put in their all.

Of course, being a great leader is easier said than done. That’s why sometimes a little inspiration is necessary. Here are 10 different examples of fantastic leaders who are all great in their own way:

Brian Krzanich is the CEO of Intel, and he made headlines for all the right reasons when he took big steps to diversify Intel’s employees with the implementation of a five-year plan. His reasoning?

“It’s not just good enough to say we value diversity, and then have our workplaces and our industry not reflect the full available and talent pool of women and underrepresented minorities.”

Six months in, the company looked at whether the plan was working. And, guess what, it was! Whether it’s diversity or something else that you really value at your company, good leaders don’t just talk the talk. 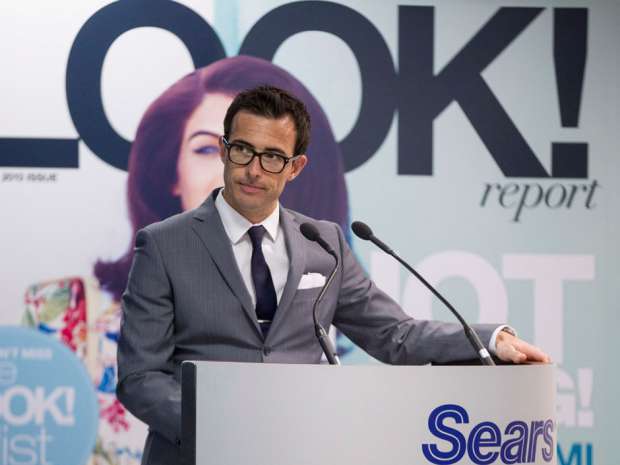 Calvin McDonald is currently the CEO of Sephora, but before that he worked for Sears — the same store he worked for with his very first job, which was delivering their catalogue when he was a kid. Sears was going down what looked like a dark path until McDonald came on board and steered them back to the basics that had made the department store successful in the first place, like an emphasis on quality and great customer service in-store.

It’s all too easy to forget what made your company stand out in the first place. If you get stuck, go back to that point and think if you’re still being true to those basic values and principles.

Carolyn McCall, easyJet’s chief executive, decided to create a culture focused on “No blame”. This doesn’t mean avoiding problems, but rather not wasting time trying to pin the blame on guilty parties and looking for fixes instead. She also has an open philosophy so that people feel free to give feedback.

Both of these are easy policies to put into place at any company if you feel like they’d work well for you.

Eugene Kranz (NASA) – Keep a cool head no matter what

It really was a life or death situation for Eugene Kranz — he was Apollo 13’s flight director. You know, that spaceship that exploded and it looked like everybody was going to die.

While my response probably would have been to break down in tears directly, Kranz said:

“Let’s everybody keep cool. Let’s solve the problem, but let’s not make it any worse by guessing.”

(This is probably why he is a flight director for NASA and I am writing this article). And he did! The crew was saved and made it back down to Earth safely. Kranz’s calm approach made it easier for his team to find a solution rather than panicking.

Toyota’s CEO Jim Lentz raised some eyebrows when in response to an announcement that the company would be recalling millions of cars for faulty breaks. He hosted a live conversation on social news website Digg (FYI: this website is definitely not known for being friendly to big companies) and answered as many questions as he could; ranging from simple ones to really tricky ones.

Even though it wasn’t a great situation for the car manufacturer, being transparent and open was a good approach to dealing with it and moving forward.

Weiner is the CEO of LinkedIn, so maybe it’s not so surprising that his real passion is helping people thrive in the workplace. He gets his inspirations for management from all sorts of places, like the Dalai Lama, his third-grade teacher who talked about civil rights, and a founder of a management consultancy firm.

Still, part of his philosophy is also realising when people aren’t able to do their jobs anymore. He is compassionate but also sensible about the business. A partner at a venture capital firm says, “Part of the why he’s such a good leader is that he doesn’t surprise people.”

Few people would try to argue that T-Mobile CEO John Legere is the model of conventionality. He’s definitely a bit out there, and that works for him. Being different from all the other providers out there has helped T-Mobile gain customers while competitors like Sprint are losing them. He’s enthusiastic and manages to transmit this to his employees, too. Apart from the fact that he loves his T-Mobile custom t-shirt.

His style won’t suit everyone, but it does go to show the it can be a smart move to embrace your weird side a bit. Even better, try to get your team along for the ride!

Google’s geek-chic company culture has caught the attention of startups all over the world, with a good percentage of them doing their best to emulate the laid-back vibe Google is famous for. A big part of the reason for that culture is that they have Larry Page at the helm.

Of course, you don’t have to copy Google’s culture (I actually hated working for a company that tried to do this). Think about what you’d like your company to be like and how you want people to feel about going to your office.

“The last thing we want is to be a big dumb company that feels we can put a swoosh on something and people will buy that.”

Although a brand as big as Nike could probably get away with that, that’s not what their CEO does. He does things like sketching out product designs himself and meeting with street artists to get a feel for new cultural trends. He’s always looking for new inspirations he can incorporate into Nike.

Scott Scherr (Ultimate Software) – respect everyone, even the lowliest employee

Scott Scherr is the CEO of Ultimate Software, and he operates on the Samuel Johnson quote, “The true measure of a man is how he treats someone who can do him absolutely no good.” He gave it his own twist:

“The true measure of a company is how they treat their lowest-paid employee.”

In real terms, that translates to treating every single employee with the same amount of respect, whether it’s a powerful executive or an entry-level intern.

Each and every one of these professionals stand out for their own unique reasons, but if there is something we can learn from them is that you don’t have to follow a cookie-cutter formula; you can really do things your way and still make an impact.