A label inspired by Liverpool’s rock and roll history

Welcome once again to our T-shirt concept design series, based on British cities. Each week, we explore different locations and design a related clothing brand. So far, we’ve had themes from graffiti right through to inventions, and this week we turn to Liverpool for the next burst of inspiration.

Apart from the world famous Grand National, hosted by the city at Aintree Racecourse, and the two Premier league football teams Liverpool and Everton, the next thing the city is probably put on the map for is the world’s first ‘boy-band’, The Beatles. It would have been nice to do a whole line of custom T-shirts based on the bowl-cut crew but it turns out that musically, Liverpool has way more to offer than that.

It turns out that The Beatles were regular at the Cavern Club, which started out life as a Jazz Club in 1957, inspired by those of the romantic capital of Paris. Oui! Oui! So, we went to the beginnings of the band at the iconic club to develop this concept T-shirt brand. And what better name, than a simple, direct and onomatopoeic name like Cavern Clothing?

The logo design came automatically, directly from the front of the club itself and what cooler way to represent this underground brand than with a bright neon sign? The really cool thing about the Cavern Club apart from its wall of fame is this gorgeous bright coloured wall of fame at the back of the stage, where you can see all artists who have performed there drawn, etched and scratched on from Gerry and the Pacemakers to Status Quo. It turns out this makes for a cool graphic solution to the band T-shirt. 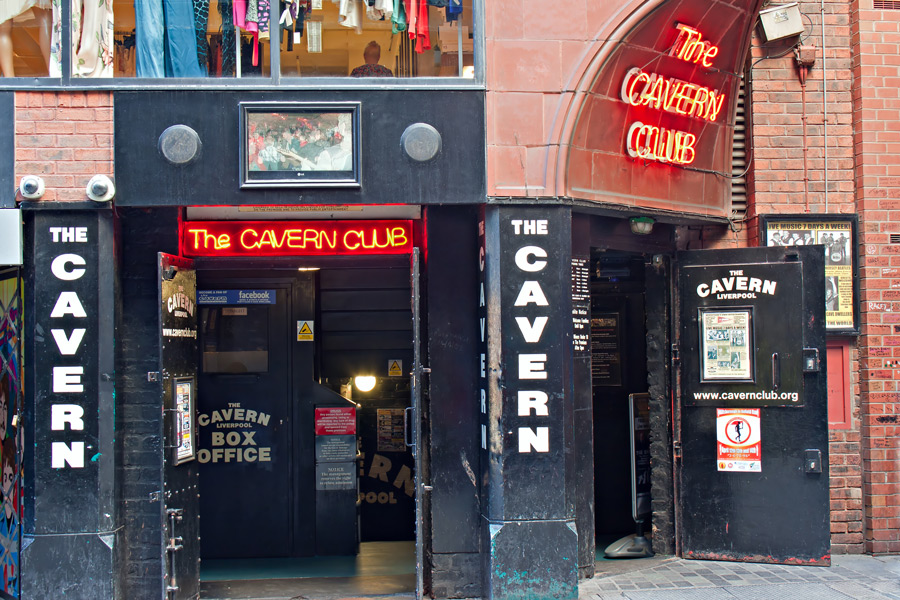 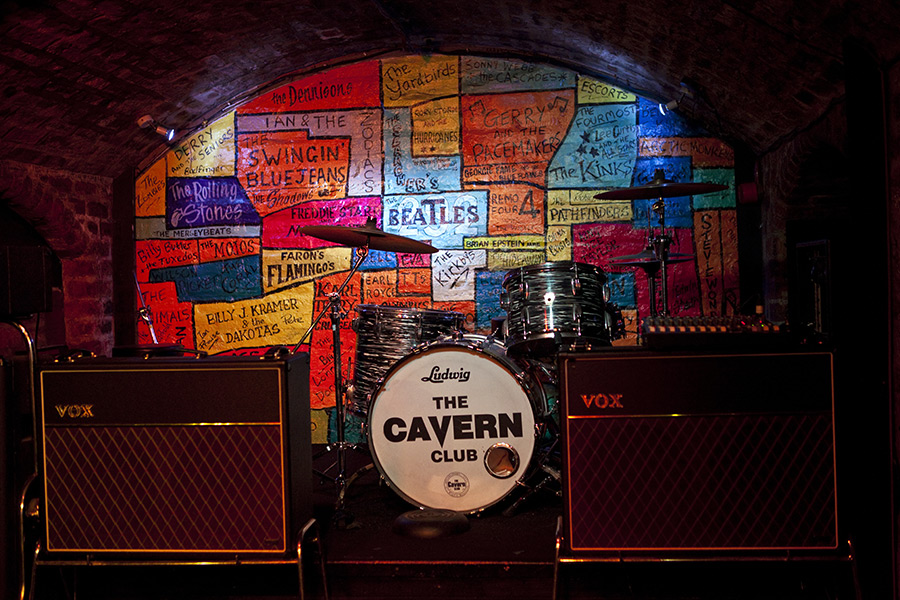 Penny Lane wasn’t an exclusive reference for the Beatles, as Freddie Mercury was actually renting a place there and on Halloween 1970 Queen performed at the notorious Liverpool venue. 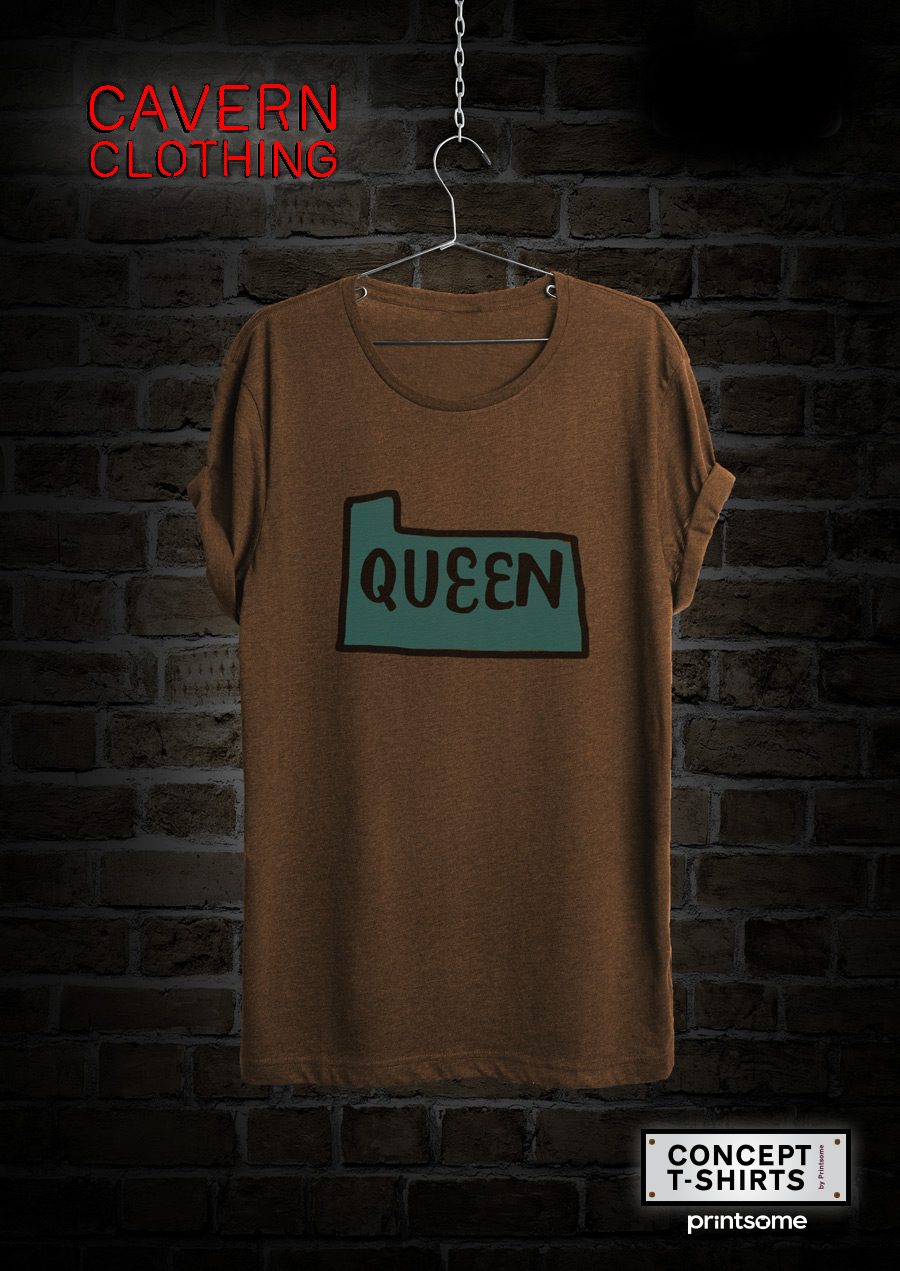 The 70’s saw the club as a classic stop-off for new and up and coming bands, including the likes of the Kinks. 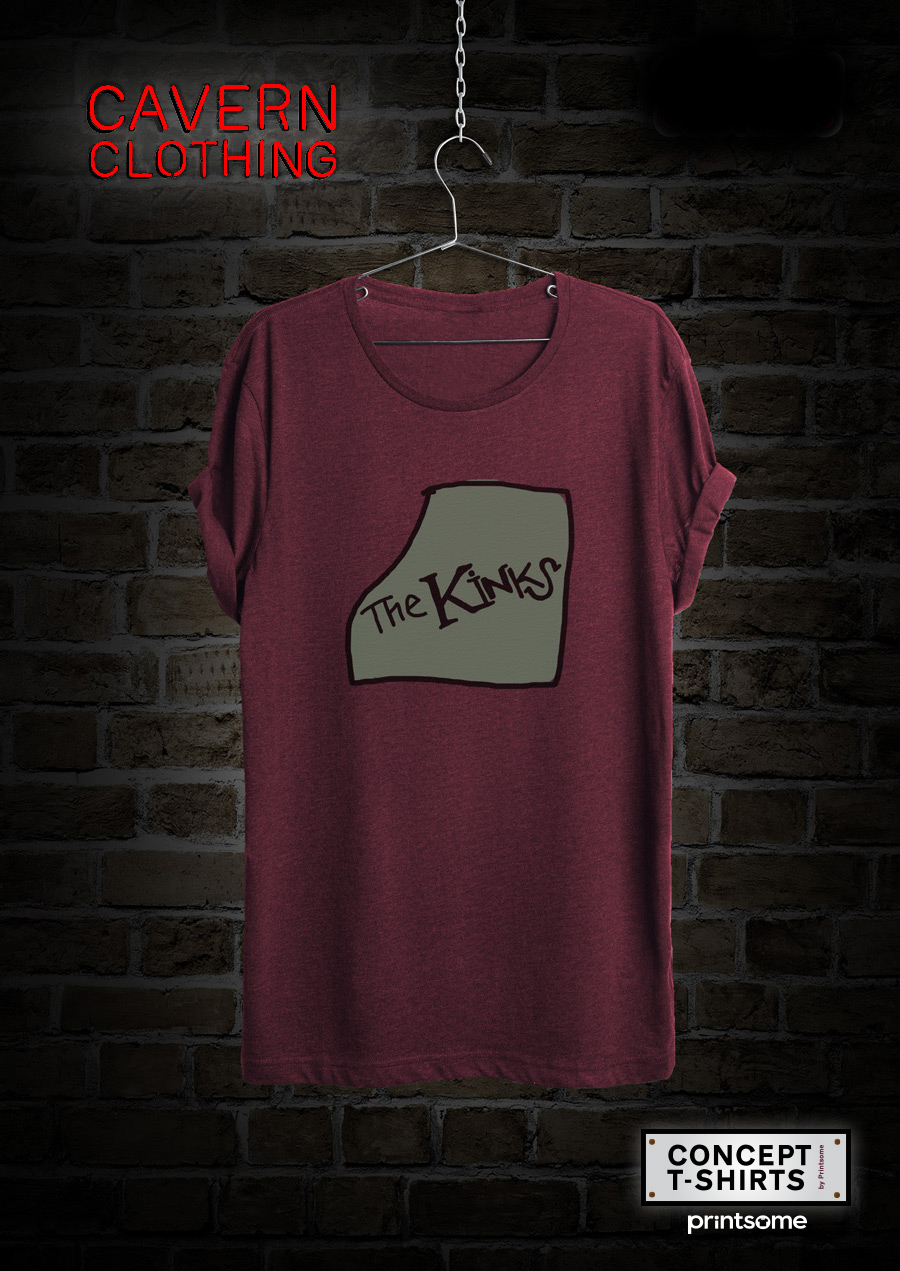 Freddie Starr and the Midnighters

1963 saw a performance at the club by Freddie Starr and the Midnighters, alongside The Renegades and The Stereos, earning them a giant orange patch on the wall. 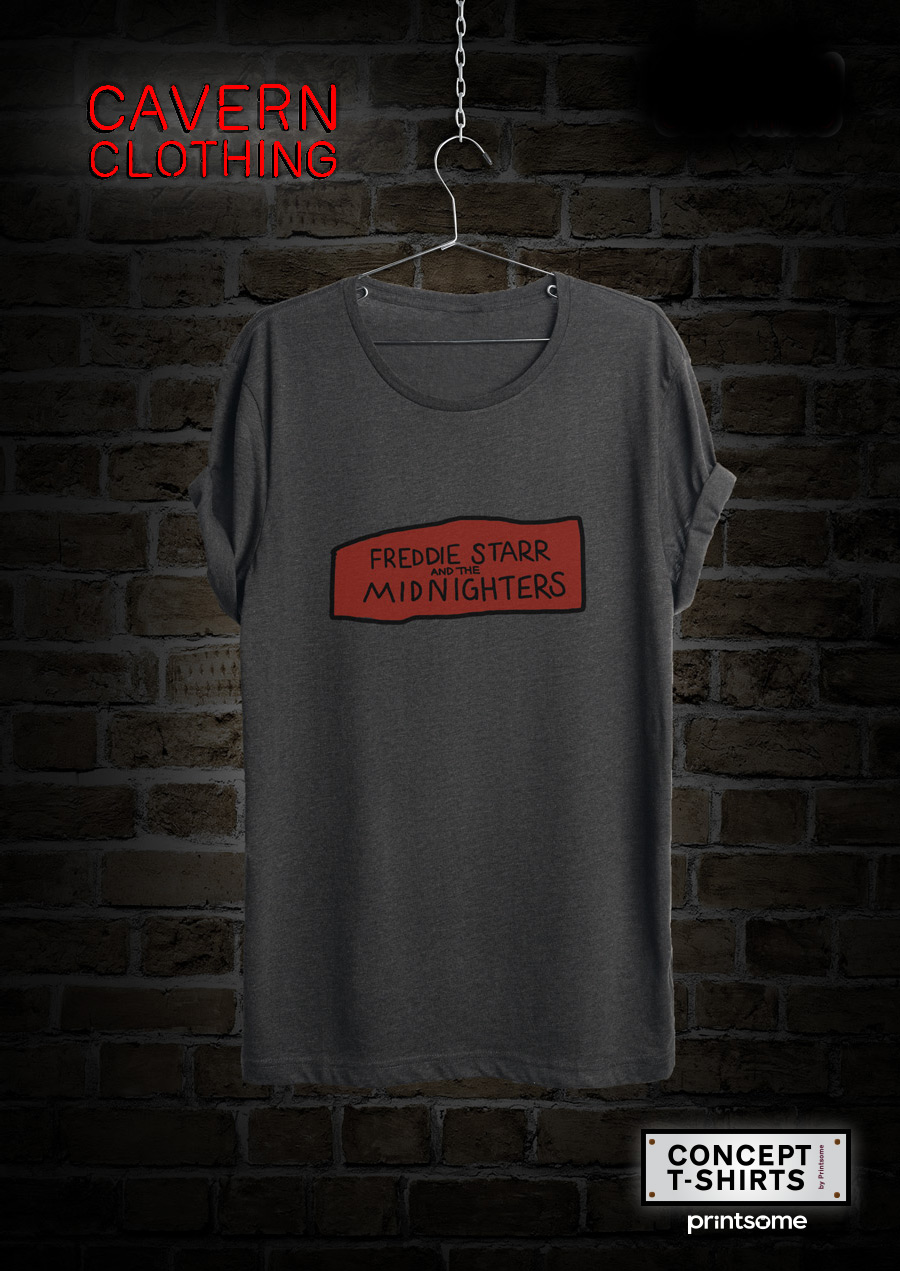 Karl Terry and the Cruisers

Like many bands of this time, all you had to do to start your music career was have the name of a frontman and add some word ending in -er.’ You automatically sounded cool. Karl Terry and the Cruisers just goes to prove this. 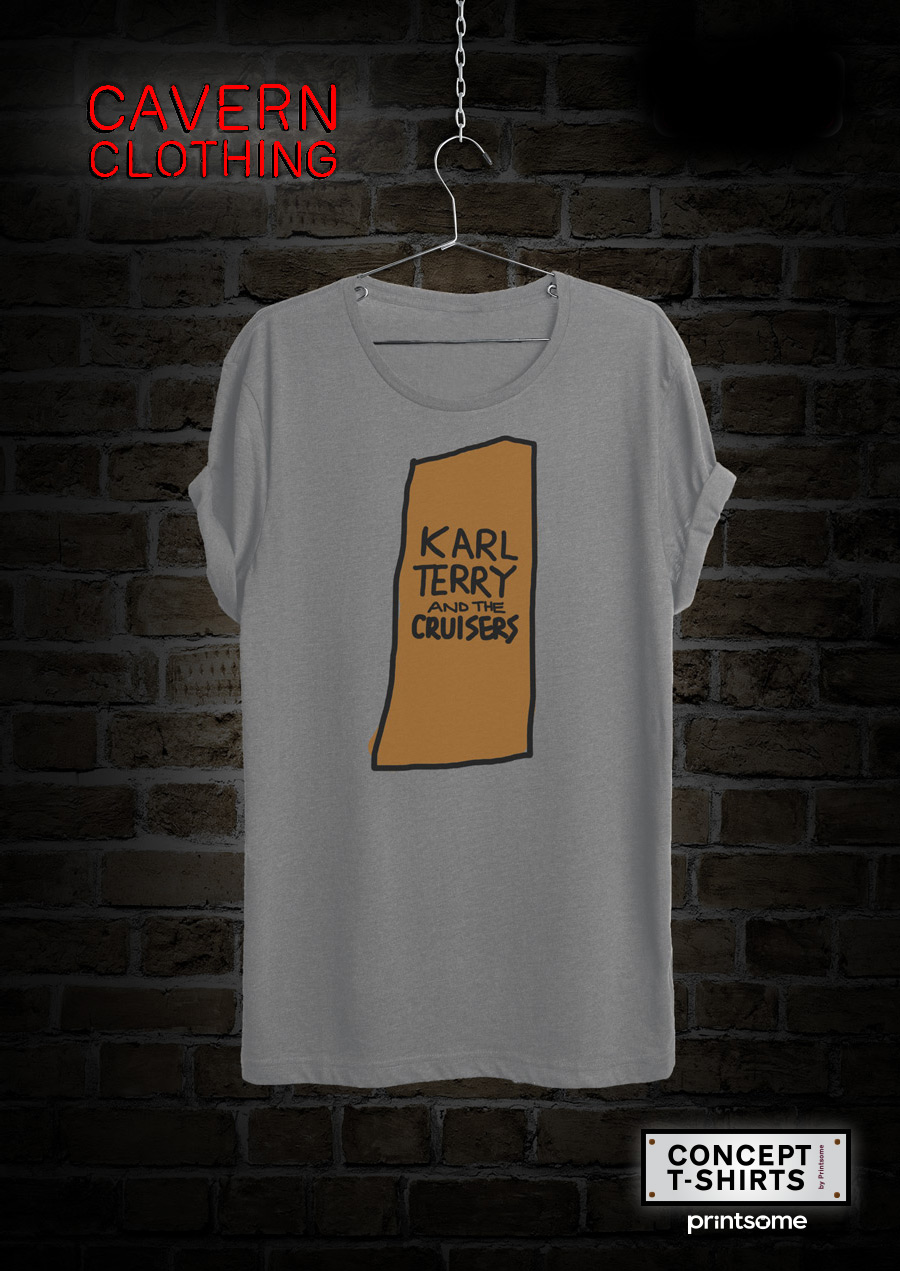 They had to be on the list, obviously. 1961 was their first performance at the Cavern, just four years after its opening. Influencing the success of the venue from thereon in. All you need is love.

Although the Searchers played at The Cavern, as did most bands of their day, they actually considered The Iron Door Club to be more of a home. Back then, it was common for bands to play several venues in one night. Unfortunately, the Iron Door was no Cavern and closed down in 1964. 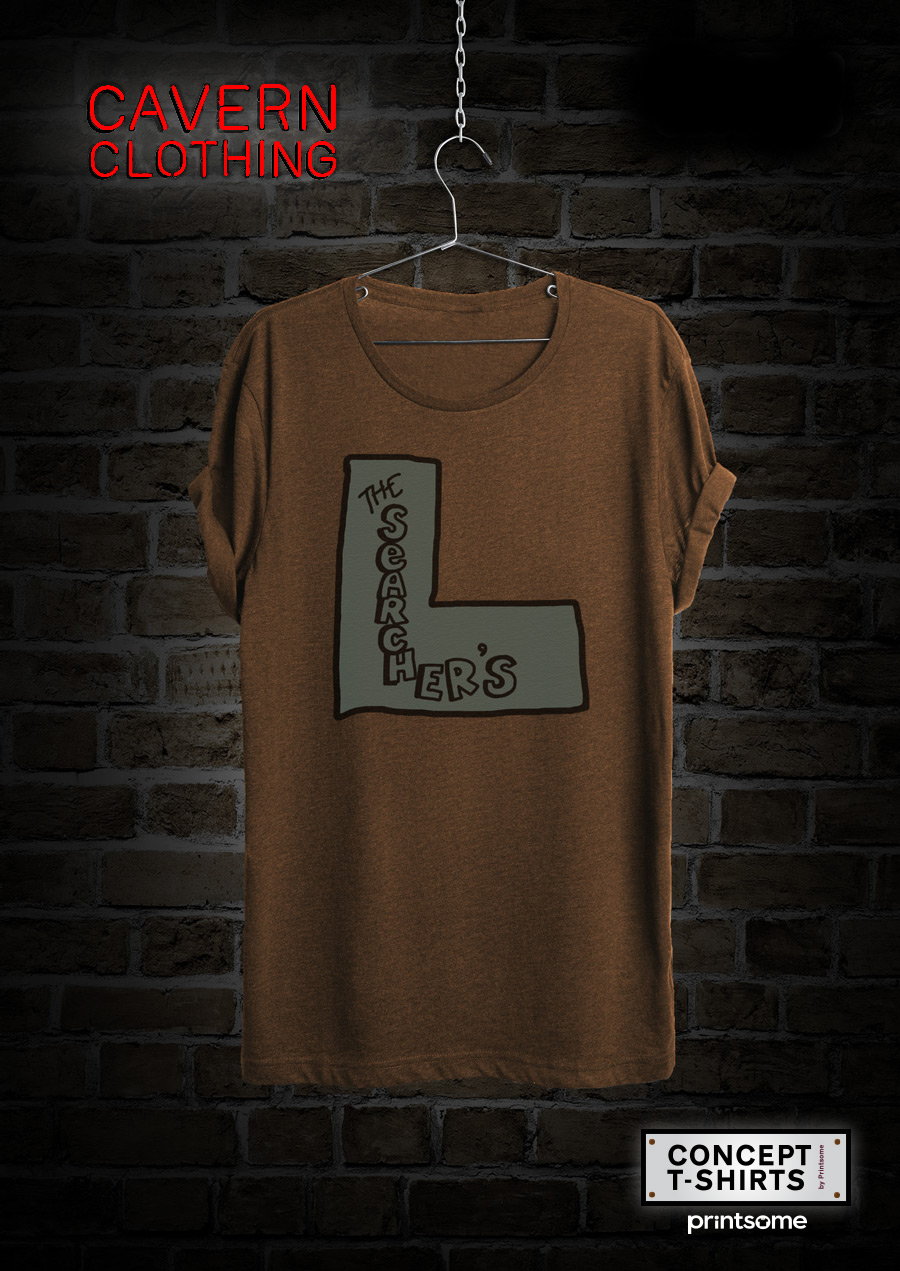 A boy-band outfit not that dissimilar visually from the Beatles (though with slightly cooler haircuts), the Swingin’ Blue Jeans never really had true success, peaking at 31 in the charts and having over 25 different band members! 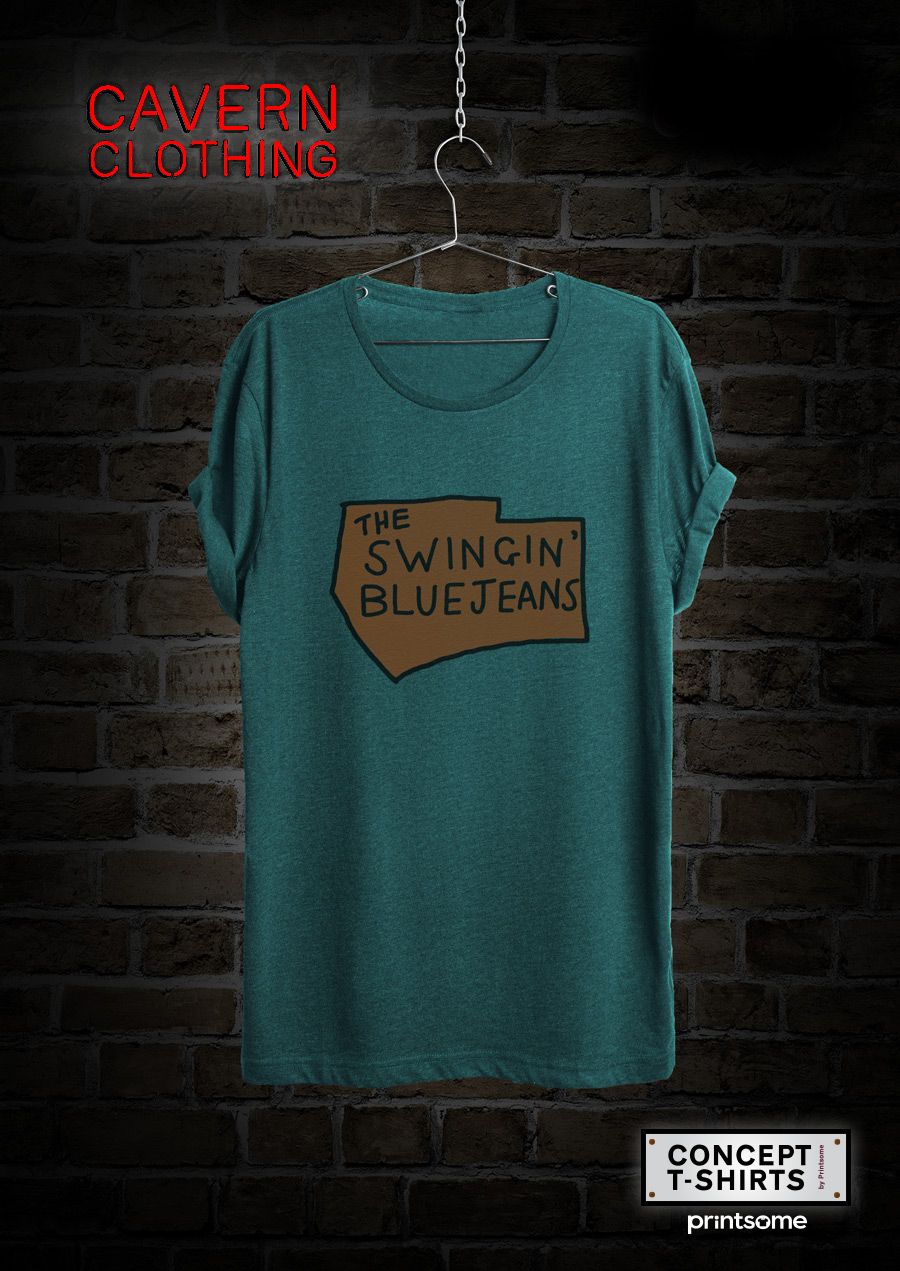 55 years after its opening, the Cavern — branded one of the best clubs in the world — owes at least some of its success to the bands whose sounds vibrated through its arches. The Who, of course, was one who helped to create an atmosphere at the club that would still be thriving to the present day. 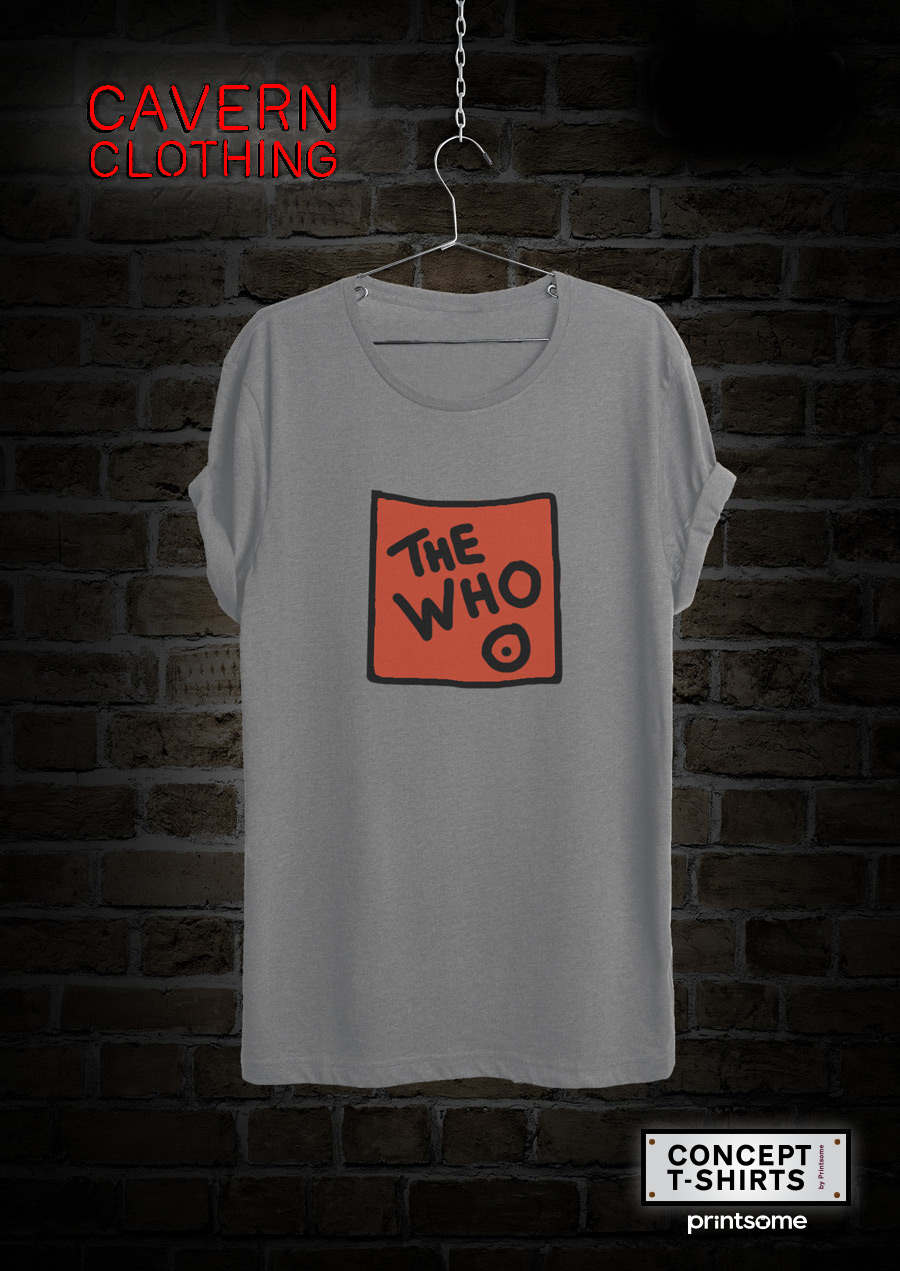 Gerry and The Pacemakers

Another case of the frontman + something -ers band, Gerry & Pacemakers might sound like a ridiculous name for a band but at least it was memorable. The typical Liverpudlian football slogan ‘You’ll Never Walk Alone’ isn’t however, credited to this rock outfit who had a song by the same name. It was in fact taken from the 1945 musical Carousel.

One of the few bands to have a little doodle on the wall and amusingly one of many to have had difficulty fitting all the letters into the limited coloured space, with lots of bands almost losing the ‘s’ completely as the writer struggled to squish it in there. This top-hatted bunch were some of the leaders in the Merseyside music scene of the 60’s.

We’re happy to have played the same stage as The Beatles, though commented on the limited space in the club. As you can probably tell from the photos, it wasn’t the most spacious venue, leading to rather intimate concerts. 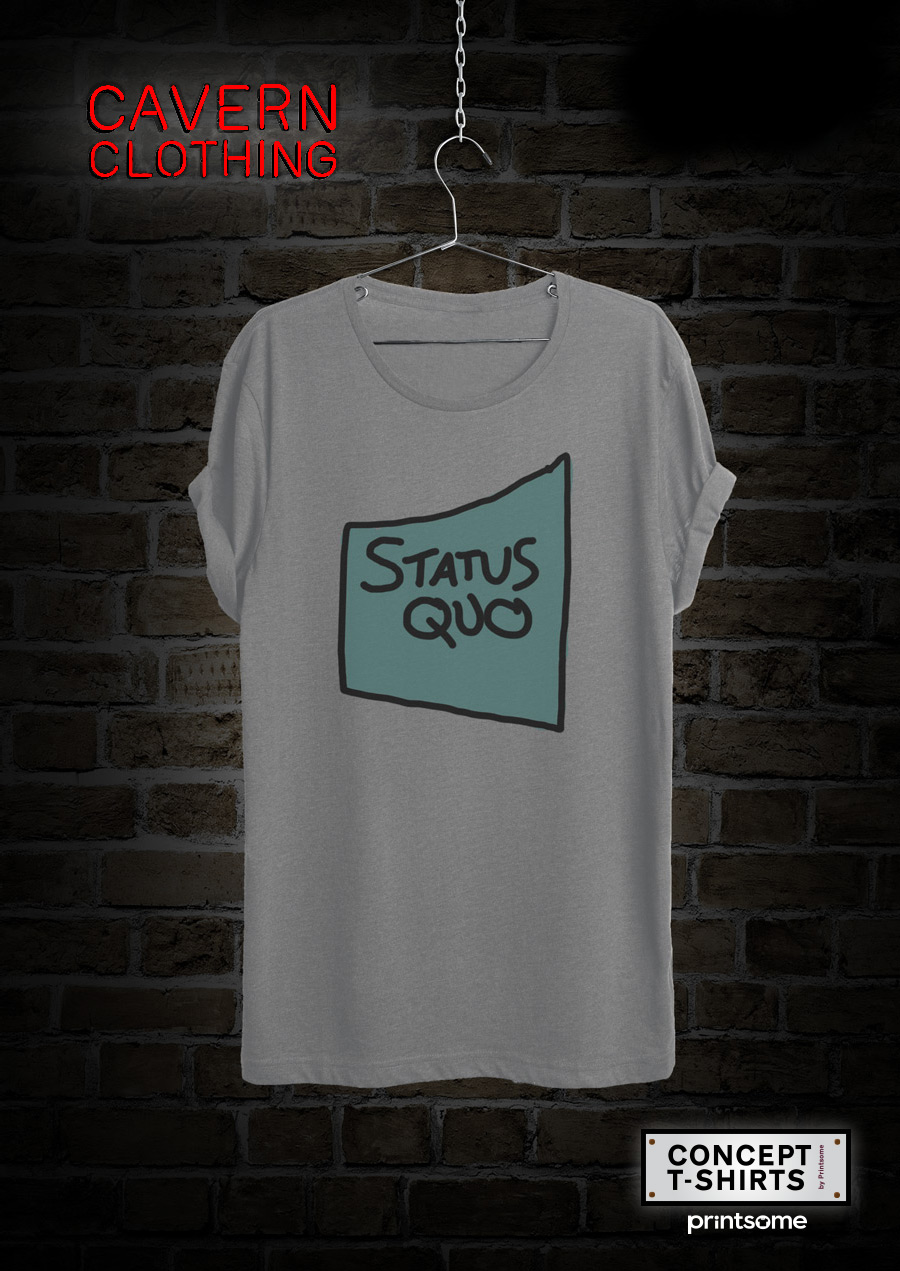 This custom T-shirts brand wouldn’t be complete without this famous bunch. 1963 was their year at the Cavern and it may be hard to imagine the scene, but the transition from Jazz to rock club looked like this… 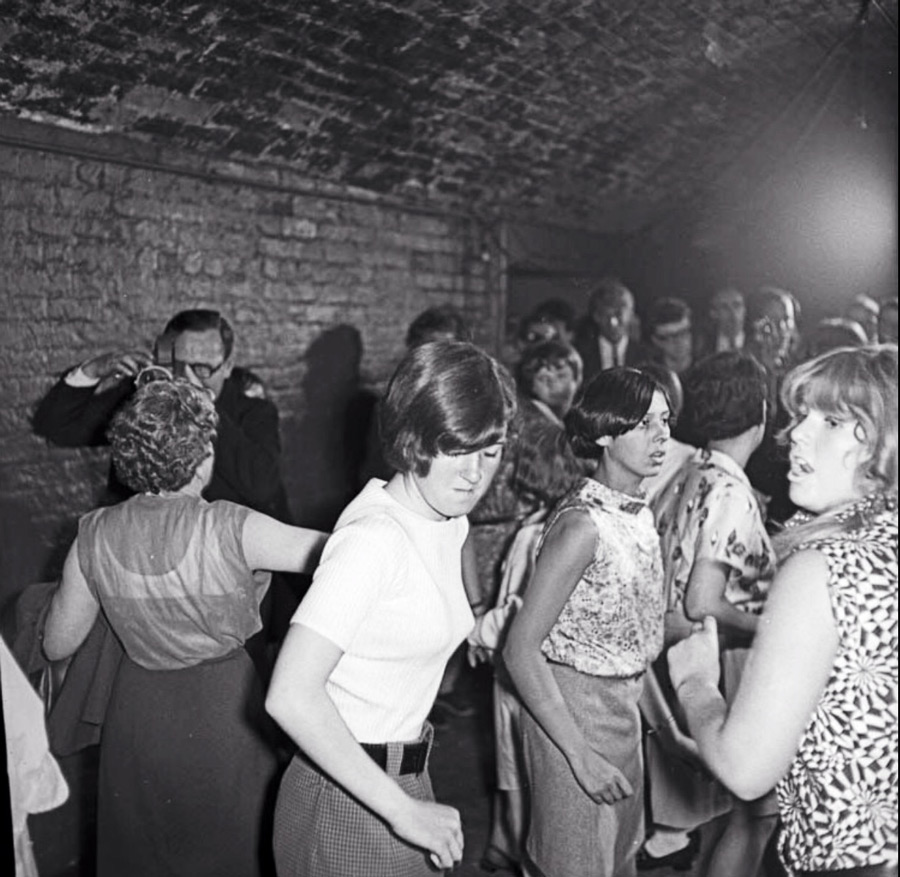 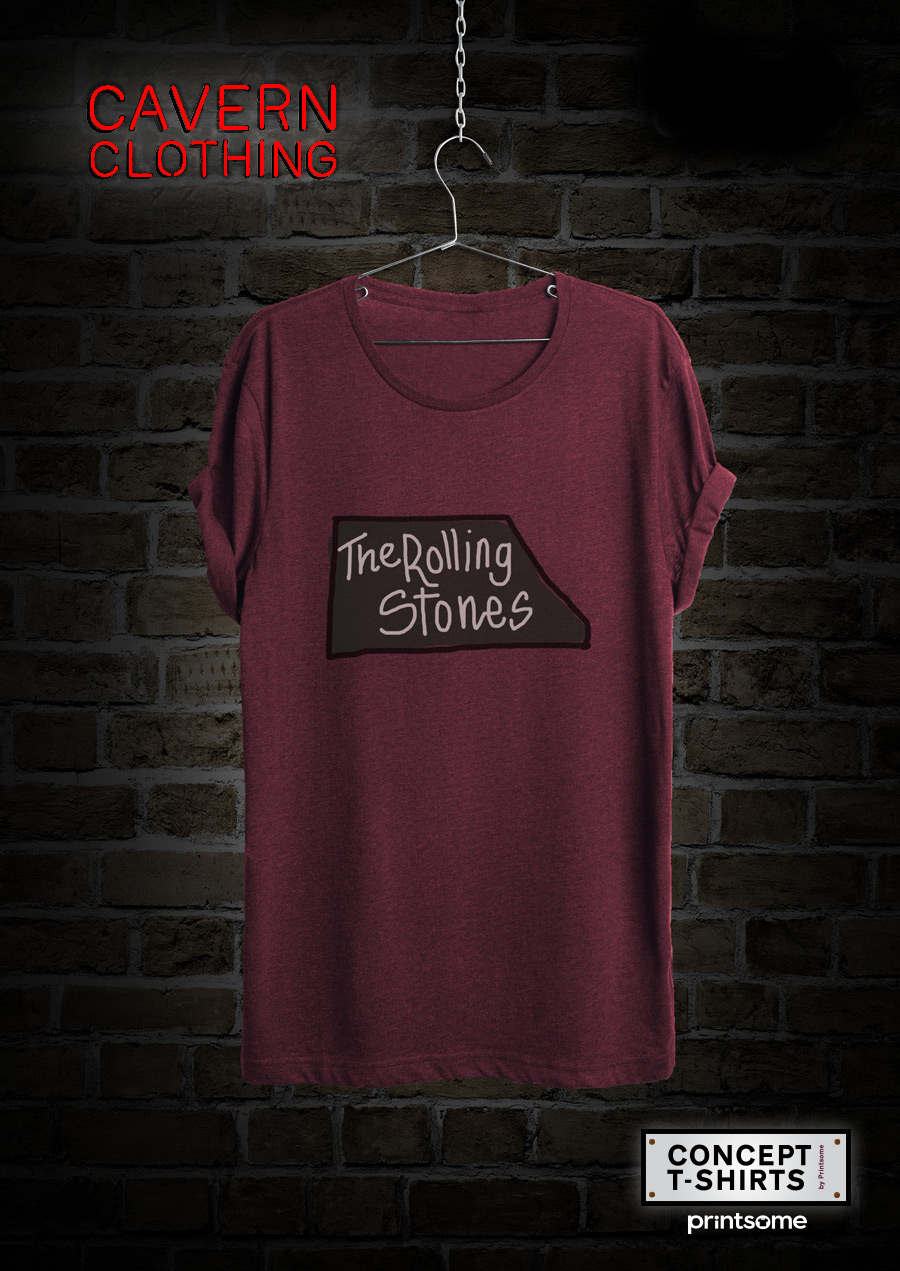 Printsome is a UK t-shirt printing agency delivering from Blackburn to Poole and everywhere in between. For a quick quote, some advice on screen printing or DTG, or simply a nice chat about festival t-shirts, just get in touch!