15 brands that learned how to translate the hard way

So many companies leap at the chance to take their business across borders with excitement… unaware of the fact that they’re about to join the infamous rank of international marketing fails.

They think they’re taking along plenty of hard-earned know-how from home. But sometimes this all pales in comparison to a few little mix-ups when it comes to language. Borders might be disappearing, but cultural and language barriers still stand strong. If you’re thinking, “How hard could it be to translate a few simple words?”, we’ll let these examples do the talking…so to speak.

Translation traps are everywhere, be it a badly translated slogan, a company name or a cultural hiccup. Conquering new markets is about the right marketing, and marketing means translating ideas, not words. So, let’s take a look at:

Marketing fail: When the catch-phrase isn’t so catchy!

Coors gets cornered
The first candidate for the best catch-phrase fail is the American brewing company, Coors. They learned the hard way that slang doesn’t translate well. When Coors introduced its cool ‘Turn It Loose’ campaign to the Spanish market, the company somewhat underestimated the importance of a proper translation. The translated version of the slogan used an expression commonly interpreted as ‘Suffer from diarrhoea.’ I’m sure they got plenty of attention for that one, but not for the right reasons!

It won’t leak in your pocket and make you pregnant

Parker Pen’s embarrassing translation
Parker Pen company also suffered a tag-line fail, although for a different reason. Parker Pen’s slogan reassuringly claimed: ‘It won’t leak in your pocket and embarrass you.’ Yet, when introducing their high-quality ball-point pens to the Mexican market the phrase read: ‘It won’t leak in your pocket and make you pregnant.’ Why? It was a linguistic ‘false friend’: the Spanish ‘embarazar’ may sound similar to ‘embarrass’ but it really means to put one in the oven! Talk about slogan translation gone wrong…

Frank Perdue could also use a Spanish lesson
Chicken company Frank Perdue came up with a clever slogan in English: ‘It takes a tough man to make a tender chicken.’ Unfortunately, that didn’t go over quite so well in Spanish. It ended up meaning something like ‘It takes a sexually stimulated man to make a chicken affectionate.’ Er…

With so many Spanish speakers in the world, how do these companies seem to be incapable of finding a single Spanish speaker to test their slogans on in the early stages? 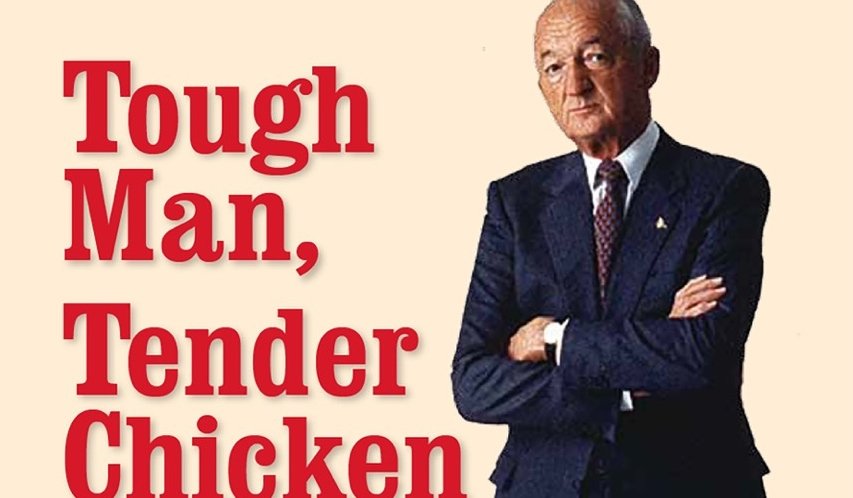 Paxam sells what?
Paxam is a company from Iran that sells a bunch of different consumer goods. One that didn’t go over so well was their laundry soap. In Farsi, they call it ‘snow’ in their marketing campaigns, but a mistranslation had the labels reading ‘barf.’ Yeah, we think we’ll pass on that soap. 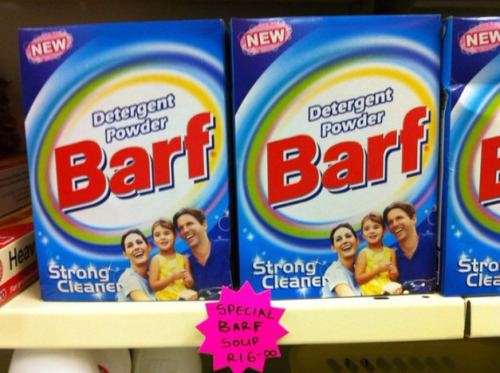 Perhaps a more truthful slogan for HSBC Bank
HSBC Bank made the classic mistake of literally translating their US campaign for overseas markets. Their slogan stateside was ‘Assume nothing.’ Too bad the resulting translation was interpreted as ‘Do nothing’. More accurate? Perhaps. More costly? Definitely. The bank had to spend around $10 million to correct the mistake and come up with a new slogan. They settled on ‘The world’s private bank.’

Pepsi…is… Lazarus?
But the winner of the slogan-translation-gone-wrong category is the victim of a misinterpreted metaphor: Pepsi. When Pepsi first launched its campaign in China, the translation of their slogan “Pepsi Brings you Back to Life” was slightly more literal than the company intended. In Chinese, the slogan read, ‘Pepsi Brings Your Ancestors Back from the Grave.’ Of course, brands often make exaggerated promises, but this one is a bit too out there. Anyway, if a zombie apocalypse indeed comes around, we know who to blame.

Sometimes there is no escape and a translation glitch is unavoidable. A name of a product or company that sounds cool in one language can easily fail you in another.

Mercedes Benz, also in China
Mercedes Benz also had trouble in China! When entering the market, their name was rendered as ‘Bensi’ meaning ‘Rush to die’. Really NOT a good name for a car company! Fortunately, the company soon made changes and rebranded the poorly-translated company name to Benchi, meaning ’run quickly as if flying’. Close enough.

Braniff Airlines may attract some unusual customers
Braniff Airlines isn’t around anymore (it went bust, although the name is still trademarked), but their translation fail will be fondly remembered for a long time yet. In 1987, they launched a campaign about their new leather seats, and they wanted to let their customers in Latin America know about them, too. Their English-language slogan was ‘Fly in leather, which was translated into Spanish as ‘Vuela en cuero.’ This was okay in lots of Latin America, but in Mexico, it meant ‘Fly naked.’ Probably not the message they wanted to send!

IKEA makes a misstep
Those IKEA names are pretty funny, but one, in particular, provoked more giggles than others. That would be the ‘FARTFULL’, which was supposed to be a play on the word for speed (fährt) because the desk was easy to move around due to its wheels. Funnily, that’s not what people remembered from this advertising campaign. 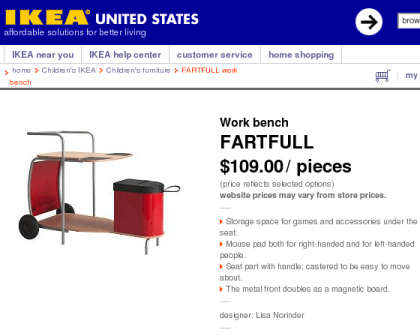 Vicks for ze Germans
The most unfortunate case of badly-translated brand products is Vicks when introducing their cough drops in Germany. It was only after the product release that the company learnt the German pronunciation of “v” is “f,” which makes ‘Vicks’ sound exactly like the German expletive for (pardon our French) ‘fuck’. The company was soon renamed Wicks for all German-speaking markets, but the joke lives on…

Translation can fail even if it’s not the language that cheats you!

Sometimes a brand gets the words right but still fails to ‘translate’ the message. Why? Well, it’s not always what you say but how you say it.

Orange doesn’t mean orange
Orange, a French mobile network operator, touched a sore spot when expanding abroad to Northern Ireland. The problem here is that they failed to realise that language is also culture and carries social and political weight too. When the company launched its slogan ‘The future’s bright…the future’s Orange’, Catholics in Northern Ireland were really not impressed. They associate the term ‘Orange’ with the ‘Orange Order’… so to them, the slogan meant: ‘The future’s bright…the future’s Protestant loyalist.’ Talk about brand blunder…

Pepsodent’s brand simply didn’t translate, at all
Similarly, Pepsodent advertised its toothpaste in a particular area in Southeast Asia by highlighting the fact that it ‘whitens your teeth.’ The campaign was doomed to fail because the locals chew betel nuts to blacken their teeth since it is considered more attractive. Perhaps the company should have played the ‘health benefit’ card. Marketing means translating ideas, but correct ideas!

Procter & Gamble get the packaging wrong
When Procter & Gamble launched Pampers diapers in Japan, they printed on the packaging the typical image of a stork delivering a baby, but the product did not perform very well. After some research, the company found out that customers were confused by the image of the stork with a baby. In Japan, the story goes that giant floating peaches bring babies to their parents… Beware of cultural references!

Gerber also gets the packaging wrong
In some African countries, including Ethiopia where this misstep happened, foods are sold with a picture of what’s inside on the label. That’s because a lot of consumers can’t read. So it’s not surprising that many people were scandalised by Gerber’s baby food labels… which featured pictures of an adorable smiling baby!

FIAT chooses the wrong spokesperson
Who could be a better spokesperson for your luxury cars than suave actor Richard Gere? FIAT did a series of ads where he was shown driving from Hollywood all the way to Tibet in his Lancia Delta. Those ads didn’t go over very well in China. Why? Gere has said he supports the Dalai Lama on multiple occasions and as a result, is hated by lots of people in China. In response to the ads, online message boards blew up with messages about how they would never buy anything from FIAT again.