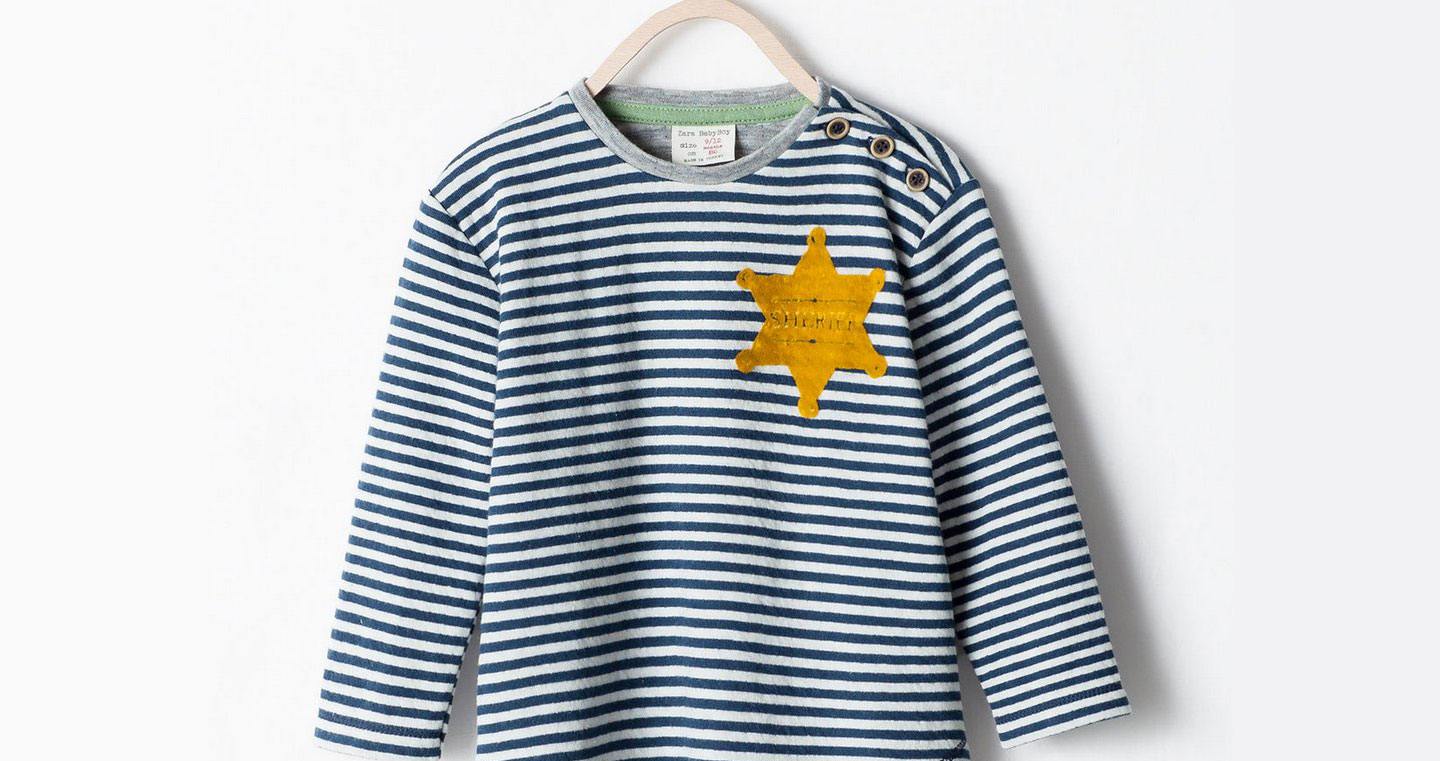 10 of the most controversial T-shirts ever (NSFW)

Have you ever heard of someone going to jail for wearing a personalised T-shirt? Believe it or not, it has happened! Depending on how controversial your garment might be, you can be detained in certain countries (including the UK) for ‘obscenity.’

In this blog, we have discussed many times the power T-shirts have to communicate but what we haven’t talked about is the responsibility that comes along with it. If designs are not properly screened, it might offend potential customers and in turn, create a PR disaster of epic proportions.

One would think that a company where thousands of people work and every decision has to be approved by a series of positions wouldn’t find itself in that situation but we would be wrong. As they say, the bigger they are then the harder they fall.

Below, you’ll find nine of the most controversial T-shirts ever.

Disclaimer: Some of the images in this blog post may be considered NSFW (not safe for work).

In 2014, Spanish brand Zara released a kids collection inspired by old western movies. This included classic imagery like the Sheriff badge which, in Zara’s defence, was sometimes represented with six points. Unfortunately, nobody realised what it would look like when they printed it on the left breast of a striped long-sleeved T-shirt — a concentration camp uniform, that is.

The resemblance to the clothes Jewish prisoners were forced to wear during World War II is uncanny. An apology was quickly issued and the garment was pulled from physical and online stores. Threats of boycotts were made but everyone quickly forgot as they moved to the next blunder.

From sweatshops to stealing artists’ designs and dead rats in dresses (yes, that really happened) one would think that Zara has an army working in their PR department by now. 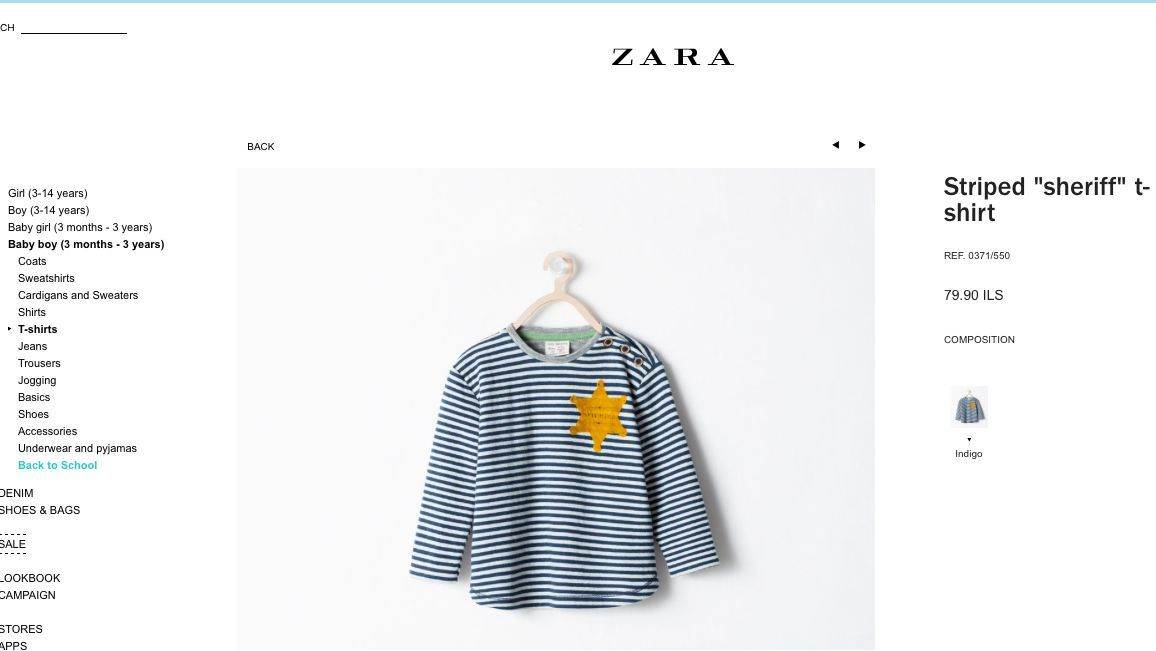 In honour of the Six Nations, Tesco released a series of T-shirts celebrating the heritage of the participating countries. Everything would’ve gone according to plan if it hadn’t been for a typo. A red T-shirt printed with the Welsh dragon was supposed to say ‘Cymru am byth’ but it ended up being ‘Cymru am buth.’

This is a phrase related to Welsh pride and is often used to support the football team. Obviously, the mistake made some people roll their eyes. Hopefully, Tesco has learned its lesson and will hire someone who speaks the language to proofread next time. 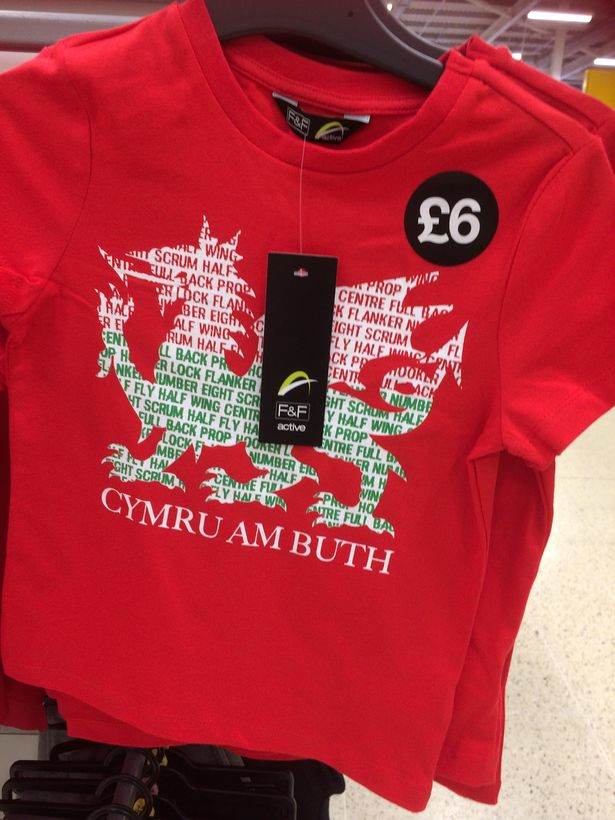 So this one didn’t create unrest for what it said but for the context surrounding it. In September of 2017, hurricane Maria swept through Puerto Rico leaving nothing but chaos behind. Around 80,000 people were left without power and 70% of the island didn’t have water that met the standards if the 1974 Safe Drinking Water Act.

In an effort to criticise the speed in which the US government responded to the crisis, San Juan’s mayor Carmen Yulín Cruz gave an interview on CNN while wearing a black T-shirt with bold white letters that said ‘HELP US WE ARE DYING.’ The move wasn’t appreciated by Trump supporters who criticised her for exaggerating the situation. The most common comment is that she couldn’t have possibly printed the T-shirts when there wasn’t any power.

It might have escaped these critics that one, there was always power in some parts of the island and second, even if that wasn’t the case you can still print T-shirts without power. 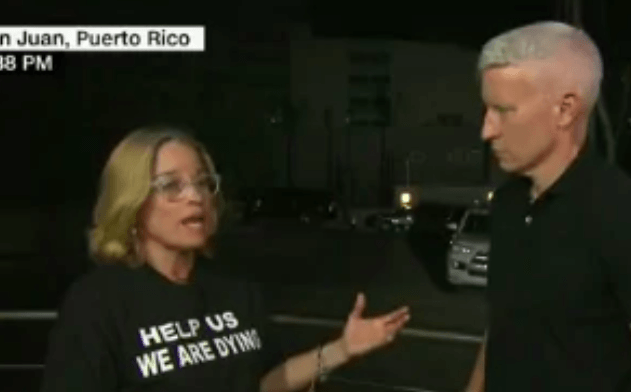 This American brand is no stranger to controversy. As you might have seen in our ‘Fashion Ad Campaigns’ post, they have a long history of raising eyebrows. This time it wasn’t their advertising, though, but their products.

In 2002, Abercrombie & Fitch released a line of T-shirts with prints inspired by Asian stereotypes. These included the Wong Brothers Laundry Service with the tagline ‘Two wongs can make it white’ and the ‘Buddha bash – get your Buddha on the floor.’ Exactly.

The company tried to control the PR disaster by saying that they were trying to add some ‘humour’ to their line of garments but, as you can imagine, nobody was laughing. Oh, and they also got into trouble later for making fun of Taylor Swift. 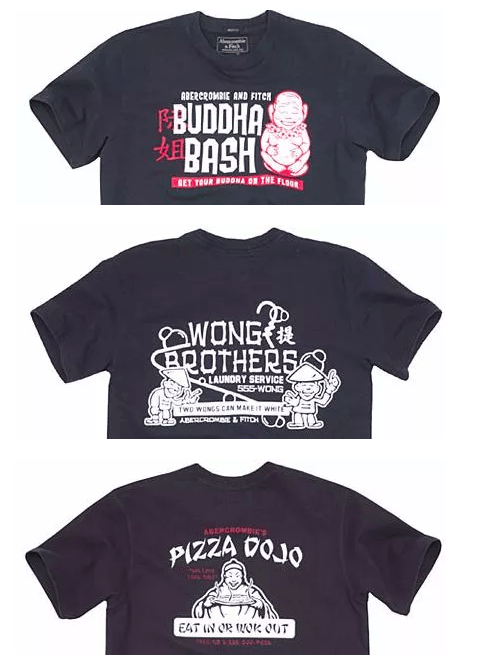 As if Topshop didn’t have enough problems already, the brand had to withdraw a jumper from their men’s line, which to many, mocked the Hillsborough disaster. The garment was red and featured a large print on the back of the 96 number, a rose and the sentence ‘What goes around comes back around.’ Not only is 96 is the exact number of the people who perished that day but the tagline might be interpreted as the ‘karma’ some people thought Liverpool fans deserved after the Heysel disaster.

Topman released a statement saying that the design was inspired by Bob Marley’s single ‘What goes around comes around’ which was re-released in 1996 but it was already too late. The damage had been done. 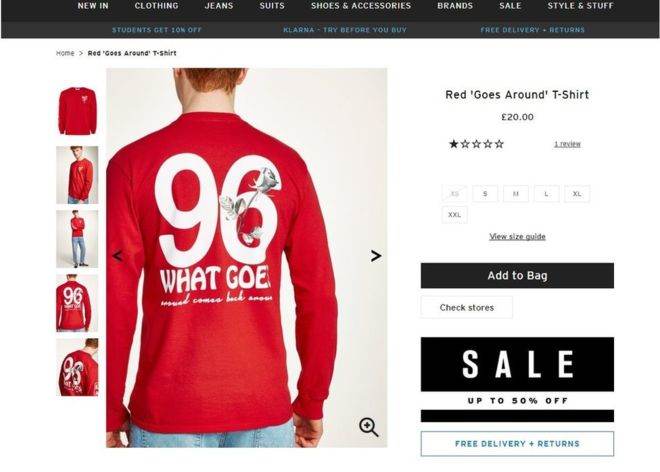 According to its creator, Canadian artist Petra Collins, the T-shirt is supposed to make us confront our pre-conceptions about female sexuality. In the end, they got what they wanted which was lots of attention and the T-shirt being sold out. 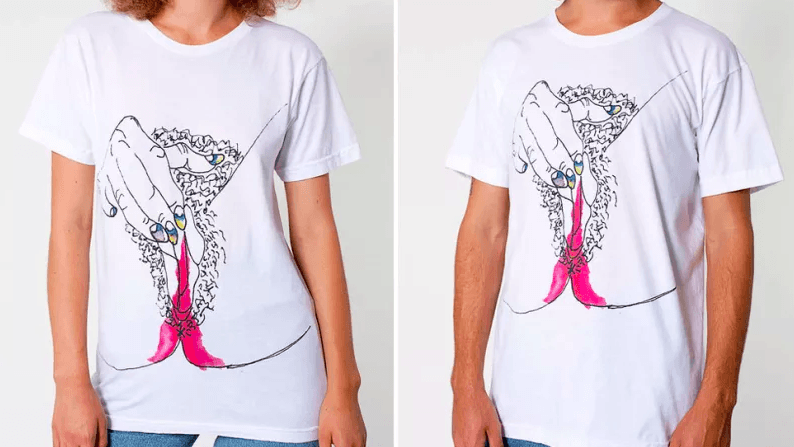 Oh, wow. This one is a doozy. With such a big platform where pretty much anyone can sell just about anything, it doesn’t come as a surprise when we run into some ‘questionable’ products but this one crossed the line by quite a bit.

For a while, Amazon sold some articles with the slogan ‘Slavery Gets Sh*t Done’ printed on them. To add insult to injury, many of the clothes were depicted by children wearing them. According to some sources, the garments were produced by a company that specialises in adult ‘humour.’

We are all amused by different things but this goes beyond an acquired taste. Deservingly so, there was an outcry online and Amazon promptly pulled out the items, promising to keep a closer eye on future controversial T-shirts. 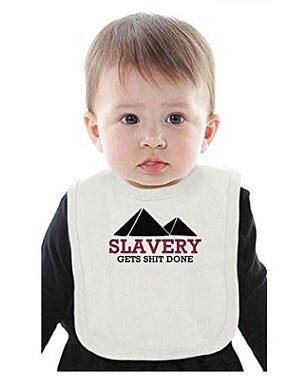 In early 2018, the Swedish brand released a hoodie for boys that came in three different colours and with three different prints. A kid for each garment was selected to model the items but the only boy of colour was the one who got stuck with the ‘Coolest Monkey in the Jungle’ print. Needless to say, there was a big backlash online.

H&M made a public statement but their apologies fell on deaf ears. In consequence, several celebrities like Diddy, The Weeknd and G-Eazy publicly condemned the image and distanced themselves from the company, vowing to never work with them again. Not to mention that a shop in South Africa was completely trashed by a group of angry men.

H&M paid a steep price for a lack of sight. For sure, someone got fired for this one. 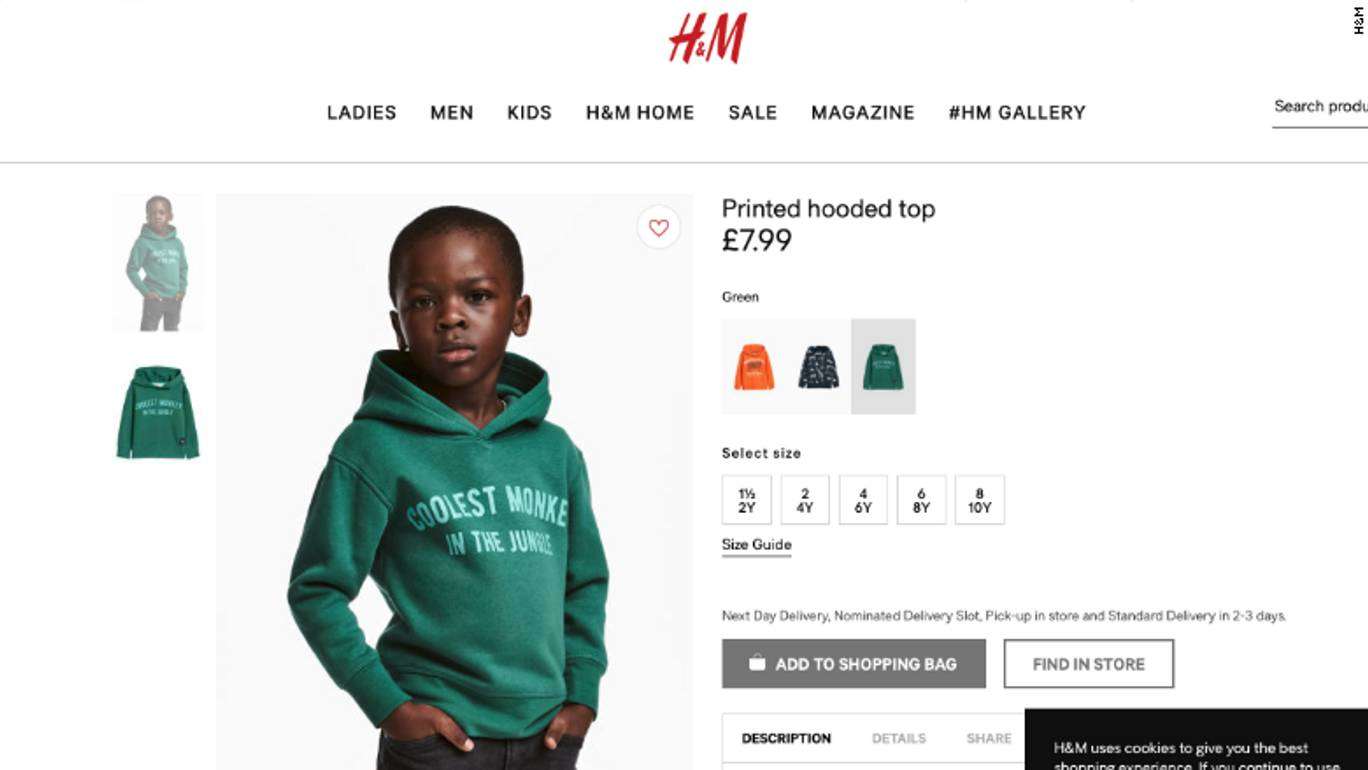 Because how are you supposed to finance your terrorist activities if not by selling T-shirts? There’s not much to say here, really. This is just another method of ISIS to recruit new members. The baffling part is that according to this GQ article, they’re targeting hipsters. If that’s the case, they may have better luck with glutten-free, vegan beer. 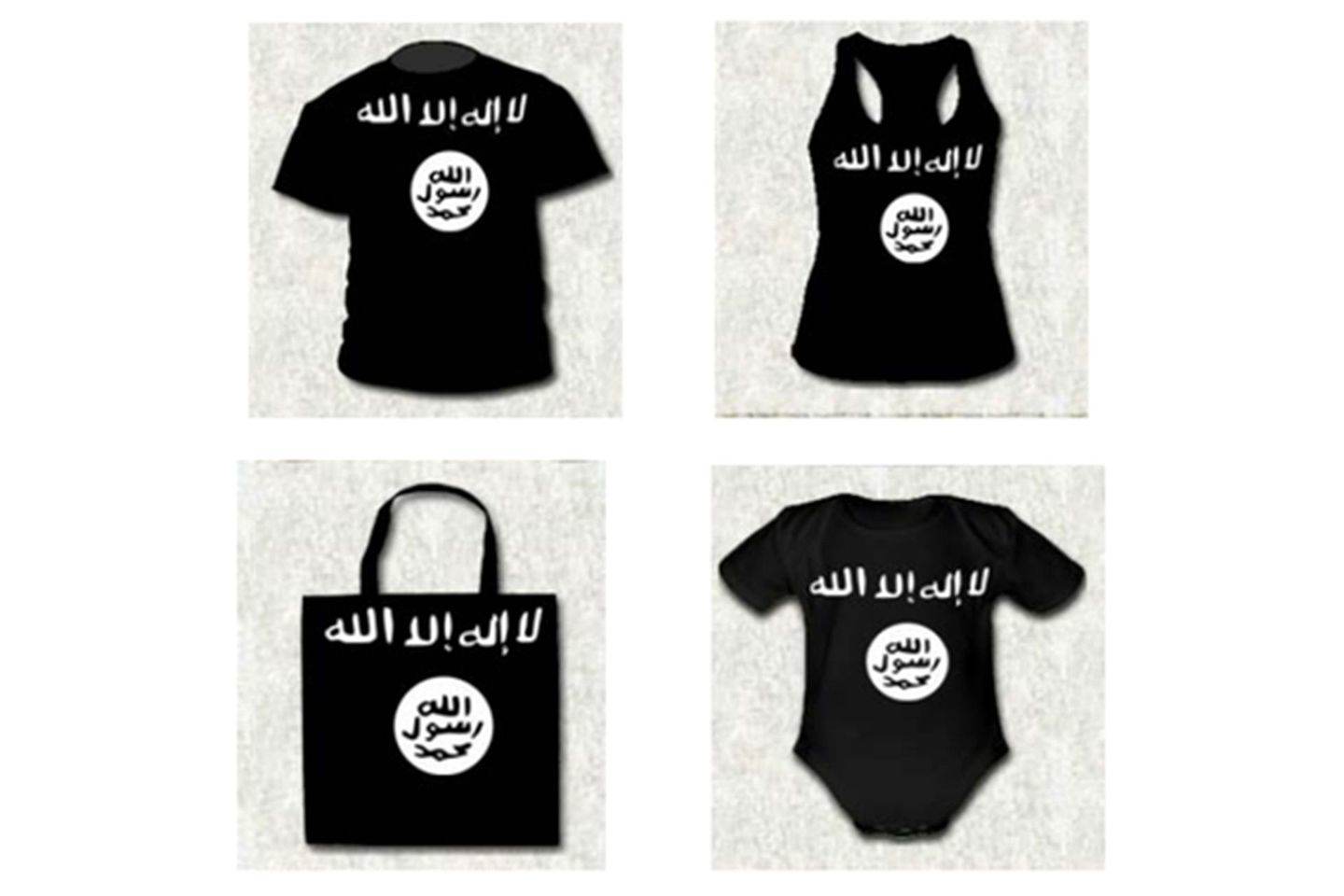 This one is so ‘out there’ that I didn’t know if to include it or not. Out of all the garments featured on this list, this is the only one that people have been arrested for wearing it. Yes, you read that right — jail.

The images were so provocative that they had trouble finding a printer who was willing to do the work. Eventually, they did find a brave soul but the band describes it as a back-door operation. The printer even gave them the screens because he didn’t want the evidence lying around.

After that, the T-shirt has become an iconic garment in rock history that many collect — even if they get in trouble for it. According to this Rolling Stone article, six people have been arrested for wearing the garment and two shops have been raided and fined for selling it. All for similar ‘obscenity’ charges.

If this is not the most controversial T-shirt ever then I don’t know what it is.