12 of the most iconic T-shirt designs in the universe

Done? Okay. We’re willing to bet that at least one of these came to mind : “I <3 NY”, “Keep Calm And Carry On” or the infamous Rolling Stone mouth. The reasons why these have become so iconic are varied, but they have all found their space in the T-shirt wall of fame.

…is both a logo and the Big Apple’s slogan. Originally designed in 1977 to promote tourism, the logo is still going strong and is often used in advertising campaigns. The design became particularly popular after September 11, when many visitors and locals wore this T-shirt to show their support for those affected by the terrorist attacks.

The famous T-shirt was used by the Rolling Stones in the 70s and symbolised Mick Jagger’s pout and tongue out gesture. This soon became an iconic garment in the rock world and is still worn today by many Stones fans. 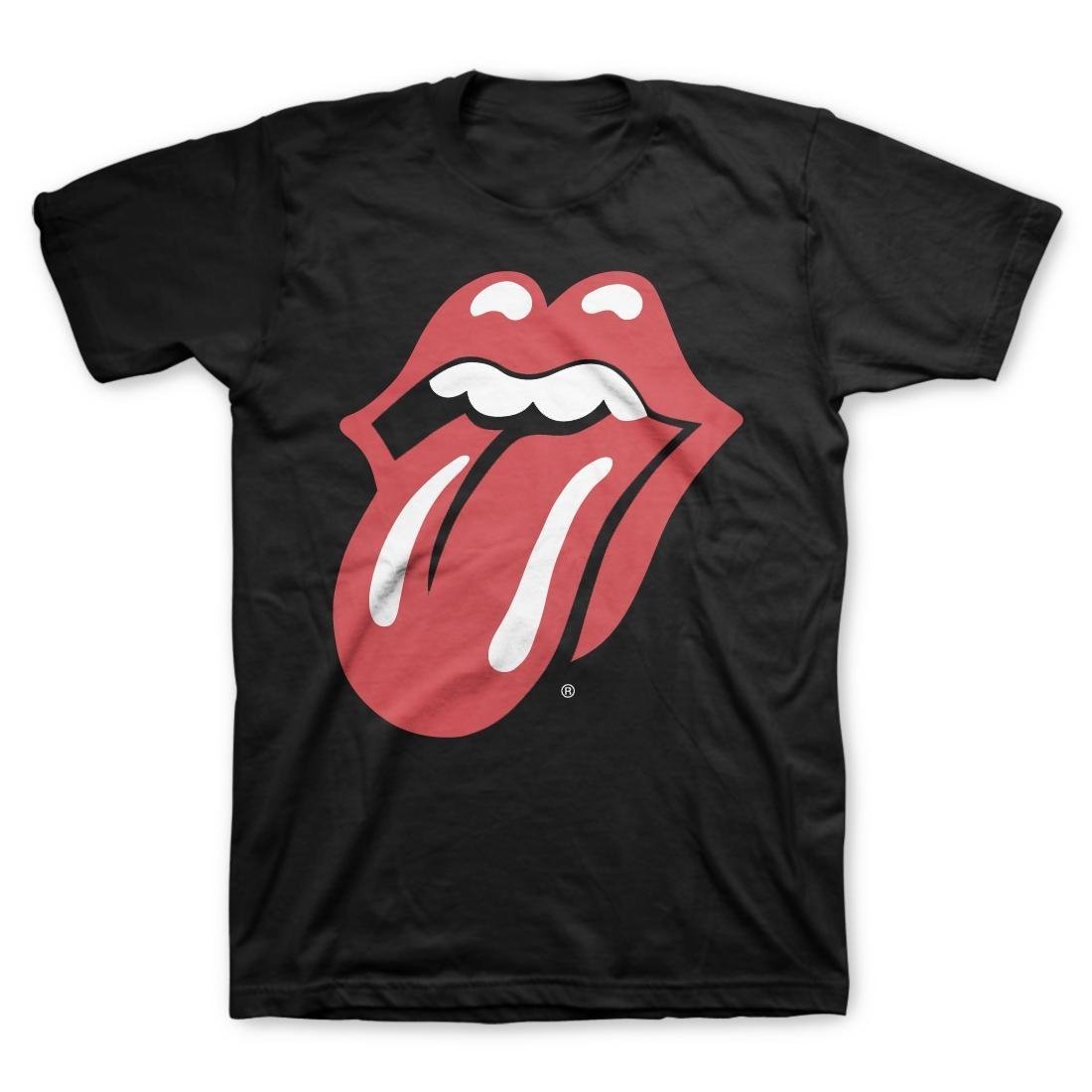 This was the T-shirt to wear in 1984 after the BBC banned the band Frankie Goes to Hollywood’s song “Relax”, stating that it was too explicit to air. Unsurprisingly, everyone bought the single — and wore the T-shirt, too.

Designed by the famous Katharine Hamnett, it was the biggest T-shirt to wear, literally, as it was designed in the 80’s baggy style. Chosen to promote the Wham’s single “Wake Me Up Before You Go Go”, the T-shirt flew off the shelves after the video premiered.

The original Smiley was designed over 50 years ago by the late Harvey Ross Ball as a logo for an assurance company to encourage employees to smile more. In 1972 Franklin Loufrani registered the Smiley for commercial use and began selling Smiley T-shirt transfers — whether Forrest Gump was the inspiration for it or not, is a different story.

This one might not take any design (or subtlety) awards, but it’s still a popular choice. The origin is not clear, but it sure as hell isn’t going anywhere any time soon.

As a marketing tool, Mickey Mouse he has appeared on pretty much anything that can be printed on. The first T-shirt was born in the 40’s when the popularity of the character started to rise and till this day it is still loved by adults and children alike.

Originally designed by surfboard maker Shawn Stussy to complement his range of boards, it is still one of the coolest streetwear T-shirts around. Thirty five years ago he hadn’t planned on making money from it, but his design proved to be timeless.

The Superman T-shirt has grown from the emblem used on Superman’s suit and is today one of the most popular pop culture symbols around.

Wearing one shows what an international traveller you are (unless you bought yours on eBay). The garment was originally designed for a local London football team which Hard Rock sponsored, the left-overs were given away to customers and the rest is history.

… and all I got was this lousy T-shirt

A humorous T-shirt that caught on and was printed with towns and cities all over the world. A popular souvenir, is often referred to as a garment for tourists.

The possibilities are endless with this one. Just in case you didn’t know, “Keep Calm and Carry On” was a poster designed by the British government before the World War II to motivate the public.

There’s no denying this T-shirt is famous alright – whether the people who wear it understand Che’s political philosophy is a different topic.

This top has had more lasting appeal than the Napoleon Dynamite film where it was originated.

Rest in peace, Mr. Bowie — you were one of a kind. And so was the T-shirt that features his famous Aladdin Sane makeup.

“Want to get all dressed up, but still feel like you’re wearing your favourite T-shirt? TA-DA!” Shortest pitch ever.

These T-shirts list out all the first names of the members of a famous group, but don’t say what the group is. If you can recognise what the names belong to, then you’re probably part of the fandom.

If your logo is as great as the Harley Davidson one, why not show it off?

A take on the American presidential emblem, this tee doesn’t have much to do with its punk roots today, as you can find versions on sale at shops like H&M and Next. Debates aside about selling out, we can all agree this is a great looking tee.

Sexy people in great shape who are also fully capable of saving your life — this T-shirt comes with no such guarantee, but it’s good fun anyway!

Even if you’re not a fan of The Big Bang Theory, you’ve probably still seen this T-shirt somewhere.

This T-shirt actually became famous thanks to a sarcastic Amazon review, with praise for fitting “my girthy frame”, but criticism for having “only 3 wolves (could probably use a few more on the ‘guns’)”. Has it come full circle yet and become uncool enough that wearing it can be cool again?

I’m sorry, what does that T-shirt say? This tee from French Connection UK delighted teens everywhere while simultaneously horrifying their parents.

Jesus is my homeboy

Is the person wearing it seriously Christian or seriously not? To be on the safe side, perhaps don’t bring up the “Does God exist?” question.

I’ve said it before and I’ll say it again — put a massive dinosaur in any film and I’m exponentially more likely to see it. Turns out, T-Rex looks just as cool on a T-shirt as she does on the silver screen.

The “Distressed Puppeteer” shirt is one of the most classic film T-shirts you can find. Inspired by the excellent “puppet strings” scene, a T-shirt this cool is an offer you can’t refuse.