What better way to firmly establish your brand as that thing all the cool kids can’t stop talking about than to meet them on their home territory? Show up at a music festival with a well-thought-out marketing campaign and you could be well on your way to having elusive “it” brand status.

Still, we’re going to give you some advance warning. Because a music festival is such a great opportunity for brands, there’s some pretty stiff competition out there. We’ve collected some of the very best marketing campaigns at music festivals so you can see what the pros do! Rather than being intimidated, use these as a source of inspiration. So sit back, relax and put on a great soundtrack.

Alex and Ani at Bonnaroo

Trendy jewellery brand Alex and Ani have really got this whole social media game down, so it was no surprise to see them pull out something neat for Bonnaroo. As a sponsor for the festival, they created a fantastic social media campaign that included some fun hashtags to get people talking online – #15YearsOfMagic and #ConnectedByRoo — and also came up with a special line of products branded as #MusicallyInspired. And if that wasn’t enough, they did an online giveaway of tickets to the festival. The 75K likes they racked up are certainly nothing to sniff at!

When you think about reinventing the beer cooler, you probably wouldn’t think of setting up a huge dome-shaped tent in the middle of a music festival. But that’s exactly what Heineken did. Oh, and the dome was air conditioned — a smart move that would almost certainly lure in a few hot and sweaty attendees to cool down with a frosty one at the open bar. Inside, the dome was bathed in light in Heineken’s signature green colour, and even better, they projected a real-time video of the festival on the ceiling. Cheers!

Note: We designed some fantasy merchandise for some music festivals. Check it out here. 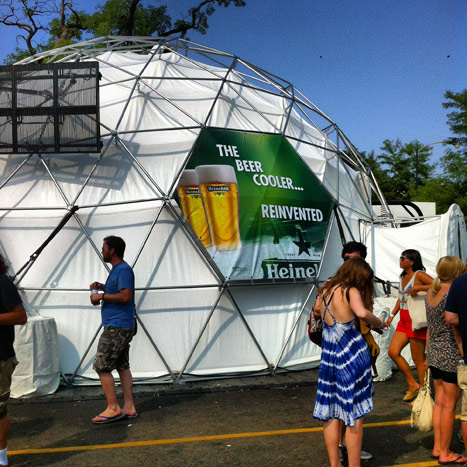 Take to the skies if you really want to stand out from the crowd at a music festival — there’s way less competition way up there. That’s what Lacoste did to create a memorable campaign that grabbed festivalgoers’ attention. Studies show that doing aerial advertising has a 70% recall rate, which is higher than other ads.

Because there wasn’t anyone else up there competing for airspace, Lacoste could stick to a simple image and message. There was no chance of this one getting lost in the noise.

Still, just to help things, they threw a pool party and invited as many A-listers as they could. If you can get Kendall Jenner, Katy Perry, Steven Tyler and Lana del Rey to go to your party like they did…well, can we come to your next party? 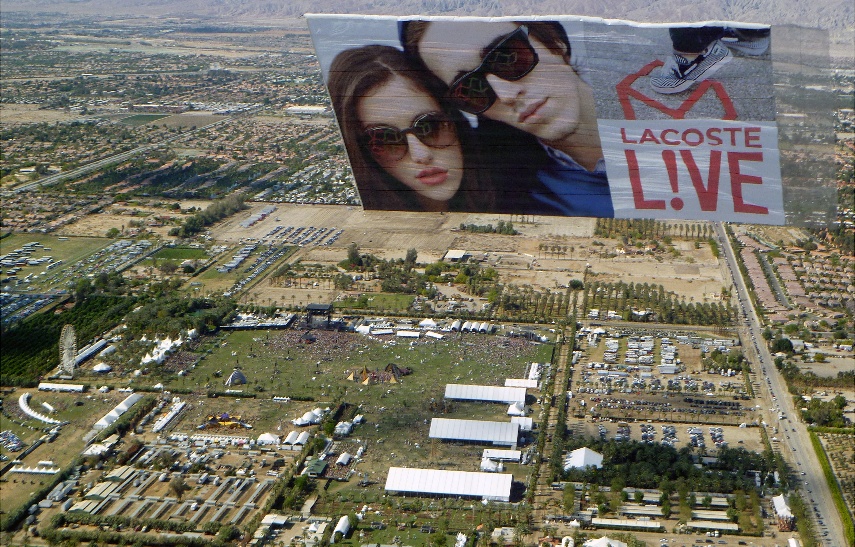 [content_band bg_color=”#E8F6D2″ border=”all”] [container]Need merchandise for an upcoming event? We can help. Printsome’s T-shirts are produced locally and from the best-quality garments. Our delivery services work all over the UK and can adapt to most deadlines. Learn more![/container] [/content_band]

Not only was Red Bull one of the big sponsors of Bonnaroo’s 2016 festival, they also did a campaign with a social media star while they were there. They worked with Megan Batoon, a self-proclaimed “Dancer. Online personality. French fry addict.” She did a sponsored post on Instagram where she showed all her followers the inside scoop of what it was like to be at the festival — all the time encouraging them to check out the official live stream of Bonnaroo sponsored by… you guessed it, Red Bull!

Not only did the brand tap into a trendy event with a trendy spokesperson, but the live stream also gave people a really solid reason to click over to Red Bull’s content. 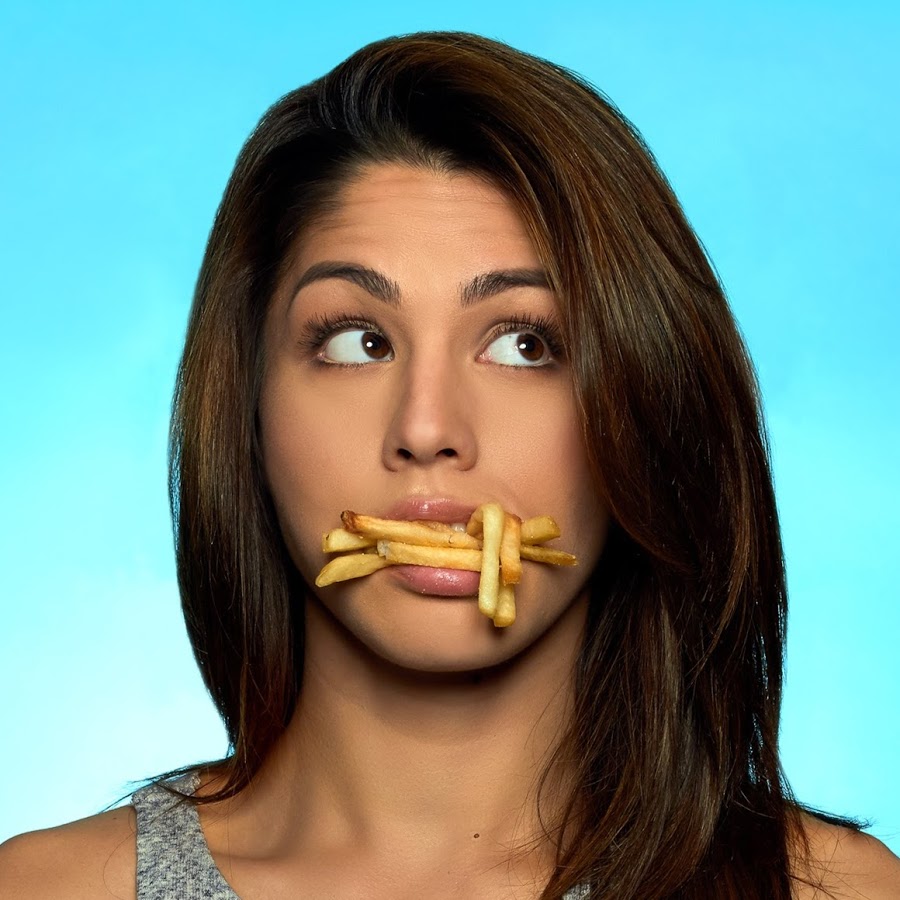 Coachella has recently become a hotspot for all kinds of celebrities and pretty young things to show off their latest and most Instagrammable outfits. If you’re a clothing brand, you definitely want to get in here! Revolve Clothing worked with tons of popular social media users and Hollywood stars and invited them to a “Desert House” pool party. With over 1.5 million likes, they reached an audience of over 30 million.

They weren’t an official sponsor of the festival, but they still managed to get tons of engagement online. And by getting people who knew how to make their products look amazing on social media (influencers), they also earned themselves major cool points.

Note: You may be interested in some of the cooolest Music Festival T-shirts you can get. 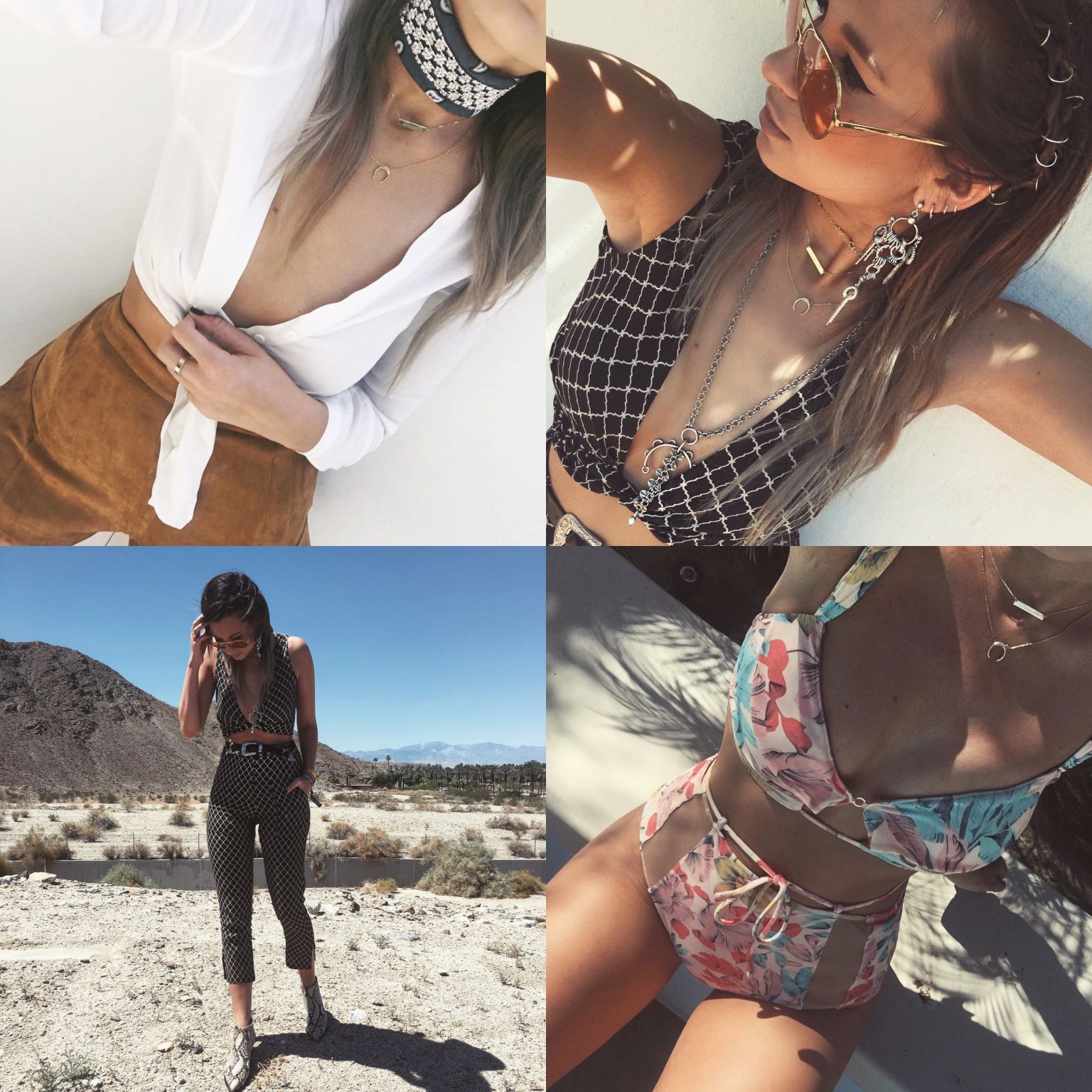 Damn, what is it with Bonnaroo? Brands are doing some really awesome stuff there! Philips picked the perfect product to promote at a music festival — headphones. They passed out 400 pairs of their latest line of headphones at the silent disco (that’s a thing now) they were hosting.

Naturally, they invited two cool DJs to provide the soundtrack for the guests. It was definitely an original way to get concertgoers to try out their product and associate it with something fun. Nice work! 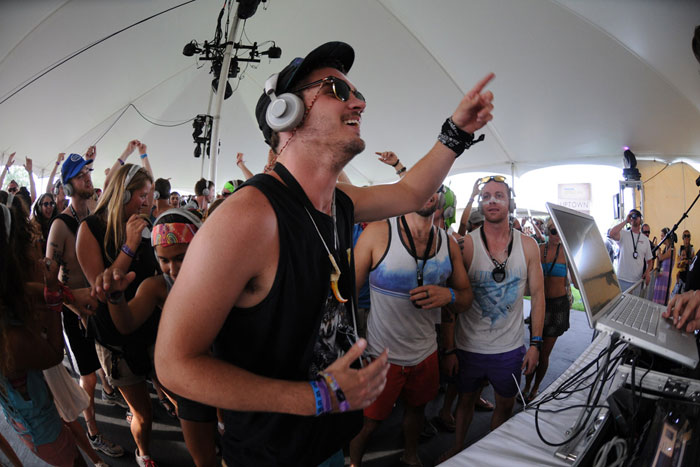 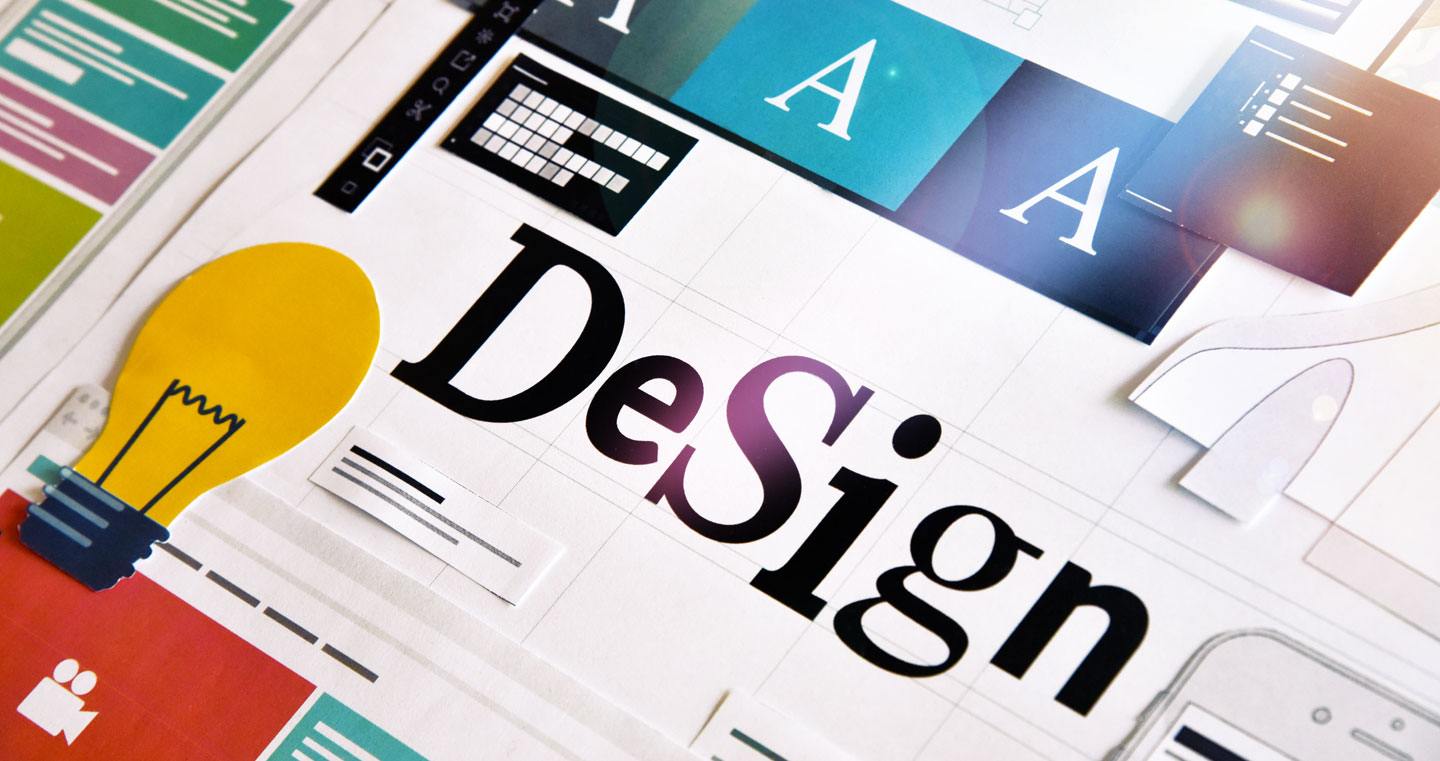 How to develop a memorable brand identity in 2019