Some of the best New Year’s marketing campaigns ever

Normally at this time of year, we’d be saying something like, ‘I can’t believe 2016 is almost over!’ But judging by how the year has gone so far, we’re not too sad to be saying goodbye. We’ll definitely be clinking our glasses high and hard at these events are left behind.

Even though this year has gone a bit pear-shaped, there’s one constant that we can count on every single time without fail – and that’s some very clever holiday-themed advertising campaigns. We’ve seen some great stuff for Halloween and Christmas, and now it’s New Year’s turn. Though it often gets overshadowed by that other big event that happens this time of year, there are still plenty of fantastic marketing campaigns out there for NYE.

Every year, Google makes a video with snippets of all the hottest search terms that people have been typing in that year. Last year’s edition highlighted:

…and that’s just a few of the things they included!

This year, we’re expecting to see lots about the Olympics, fallen rock stars and a few major elections. And also maybe to shed a tear or two as we watch it.

So that other thing people often think about in January — which is a lot less fun than their holidays — is losing weight. Virgin Active timed the launch of their gym-themed emoji collection with the new year. They also had a video series called “We’ve got a workout for that” to jump on the momentum.

Emphasis on the “tum”? That may just be us preemptively worrying about our holiday indulgences. 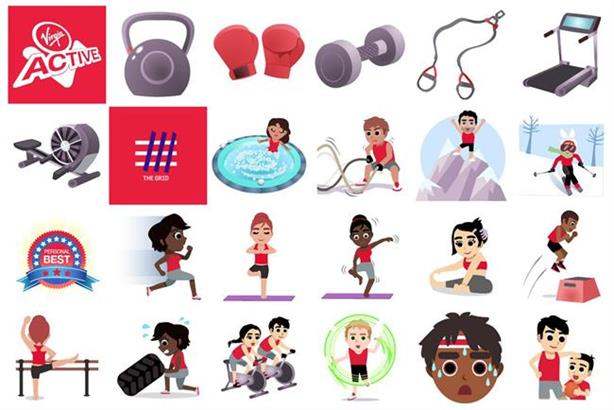 Kick-It works to help people stop smoking, so the New Year when people are making resolutions to do just that is the perfect time to have a campaign to support them. This one showed smokers exactly what sort of damage cigarettes can do to your body.

New Year’s Eve parties + alcohol is a match made in heaven (er — most of the time). So it makes sense that a premium alcohol brand would jump on the opportunity to create a cool ad featuring their booze as the one to have at your NYE bash.

That’s what French vodka brand Ciroc did and even roped in Sean Combs (or, as you may know him, P. Diddy) for the ads. He also hosted a #CirocTheNewYear party sponsored by the vodka to ring in the new year.

Thomas Cook: “Be Lazy” and “Be Crazy”

Another holiday-themed brand campaign, Thomas Cook had two ads that debuted on Boxing Day – one “Be Lazy” and one “Be Bold.”

The campaign actually launched just before Christmas and also featured coverage on radio, paper ads, online ads and social media, but the final piece was saved for just as people started looking forward to the new year.

Just in case you were already feeling annoyed at all your friends asking you to do Dry January, the Yorkshire Drinks Company has got your back. They launched a “Tryanuary” alternative campaign, where you use the first month of the year to enjoy exploring new beers and ales, with an emphasis on local pubs and breweries.

This sweet and simple post for PayPal Singapore was a lovely way to tell their customers and fans to have a happy new year.

Under Armour: I Will What I Want

The athletic clothing brand created a new inspirational message for the new year: “I Will What I Want”, to celebrate inner and outer strength, particularly for female athletes.

They got major names like supermodel Gisele Bündchen and sports stars like skier Lindsey Vonn to participate in the campaign. But one of the most moving videos was the one with ballerina Misty Copeland. It’s got an astonishing 10 million+ views.

Equinox: Commit to something

Yep, another fitness ad! But this eye-catching photo series is definitely not your standard gym advertisement. Not only are the photos unusual, but they’re also really beautiful on their own, rather than as an ad.
With that, our list of the best New Year’s ads has come to an end — and the year itself nearly has, too. We say a rather welcome farewell to 2016 and a big come on 2017! 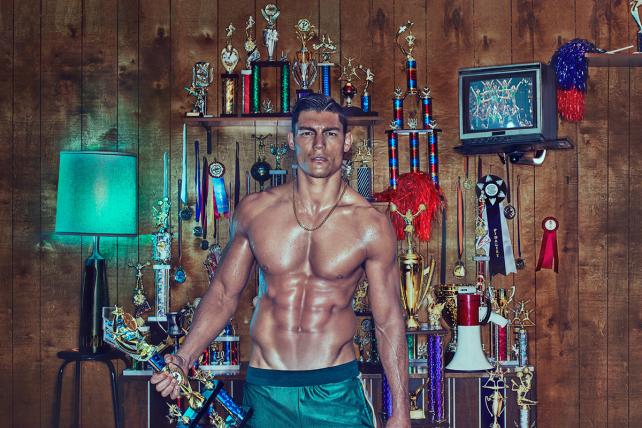 Thanks to our five years of experience in the apparel-printing industry, we are able to offer a service catered towards the needs of companies of all sizes. Printsome’s T-Shirt printing services are perfect for making souvenirs, merchandise and staff uniforms, among many other possibilities.