The biggest new Year’s Eve Events in the UK

Should auld acquaintance be forgot and… we never remember the rest of that one either.

Luckily, by the time to sing that song rolls around, we’re usually festively sloshed enough that it doesn’t really matter anyway. Yes, we’re talking about New Year’s Eve, and believe it or not, the time is nearly here to celebrate again!

Best New Year’s Eve events from around the UK

We’ve searched far and wide to bring you the very best New Year’s Eve events from around the UK, from traditional celebrations to parties in spectacular locations to amazing themed nights out that you’ll never forget. Sound tempting? Let’s take a closer look:

If we had to pick just one of the events on this list to attend, Edinburgh’s Hogmanay might be the one. Spread out over three days of festivities, you’ll be able to see anything from a beautiful torchlight procession that creates a river of fire through Edinburgh’s old town to a traditional Scottish ceilidh, and of course concerts and club nights. They even have a “Sprogmanay” themed itinerary to enjoy the celebrations with your little ones. Some events are free, some require a ticket, but all are a fantastic way to celebrate the arrival of a new year with some centuries-old traditions.

If partying late into the night isn’t your cup of tea — and you are somehow able to sleep through the incessant bangs of fireworks — then you may be in good enough shape come New Year’s Day to see London’s annual parade. Over 10,000 performers from around the world come together for a spectacular performance for the first day of the year. There will be dancers, musicians, acrobats and much more who bop along to a drum beat through some of the most iconic spots in London, finally finishing off at (where else?) Big Ben. They also have a “Let’s Help London Challenge”, where performers compete to win a prize that goes to charity. 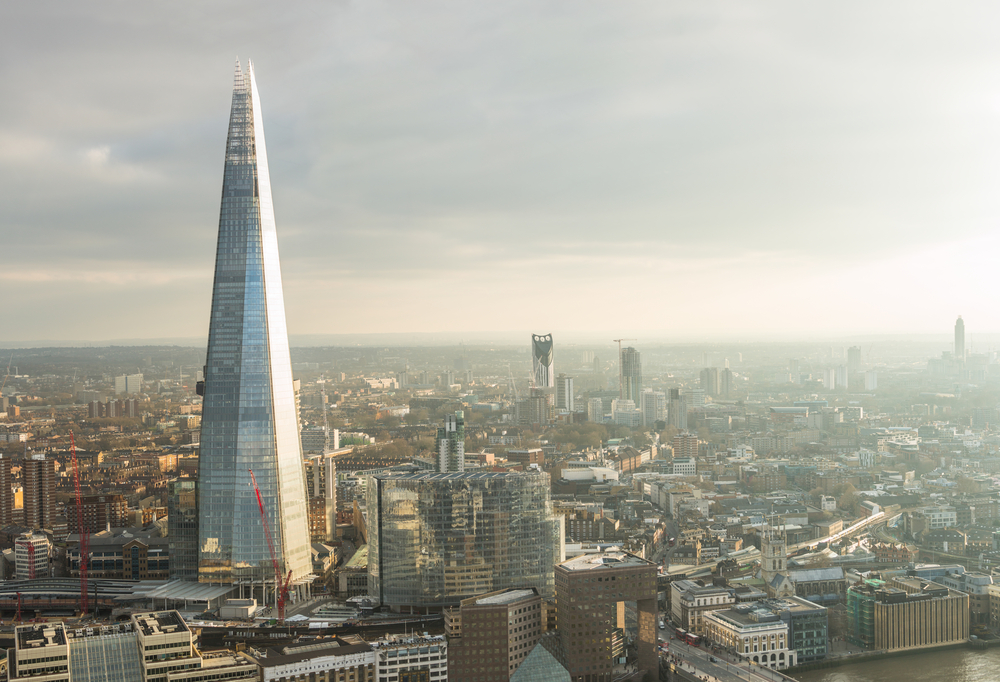 On the other hand, if you fancy a late night out, then you can watch London’s city skyline light up with sparkling fireworks from the tallest building in Western Europe – the Shard. Kick off the new year on a high as you sip on glasses of champagne and listen to a live DJ set. Tickets don’t come cheap though; they’ll set you back a cool £195 apiece! 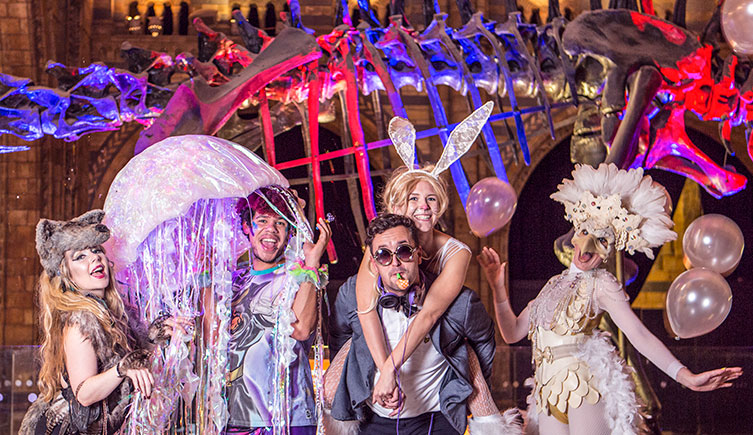 Scared of heights but still looking to spend big on NYE 2016? Then you’ll want to rock up to the Natural History Museum in London for their annual ball. This year’s theme is Last Dance With Dippy (as in the dinosaur, of course), and will feature the coolest tunes being spun as you dance amongst the prehistoric remains.

For something a bit less expensive in London (but come on, it’s New Year’s – if you want to get into a party you’re probably going to have to splash some cash out), try the Ace Hotel’s Breakfast Can Wait party. The lineup for this year hasn’t even been announced yet but there’s already buzz about it because of past years’ successes. Maybe it’s the cocktails, maybe it’s the disco, funk and boogie music, or maybe it’s the incredible rooftop location? 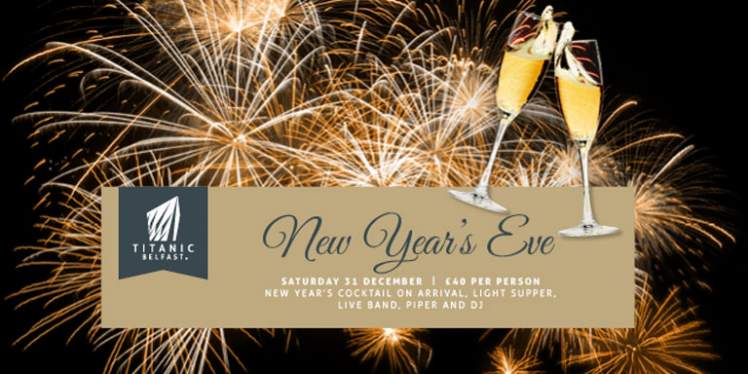 Perhaps you’d rather be outside the infamously pricey capital. Then, why not try Belfast? They’ll be throwing a celebration at Titanic Belfast, and tickets are £40 apiece for the bash. You’ll get to enjoy live music as you twirl around in your ballgown or suit in front of a replica of the famous ship’s staircase. And rest assured that icebergs are strictly prohibited. 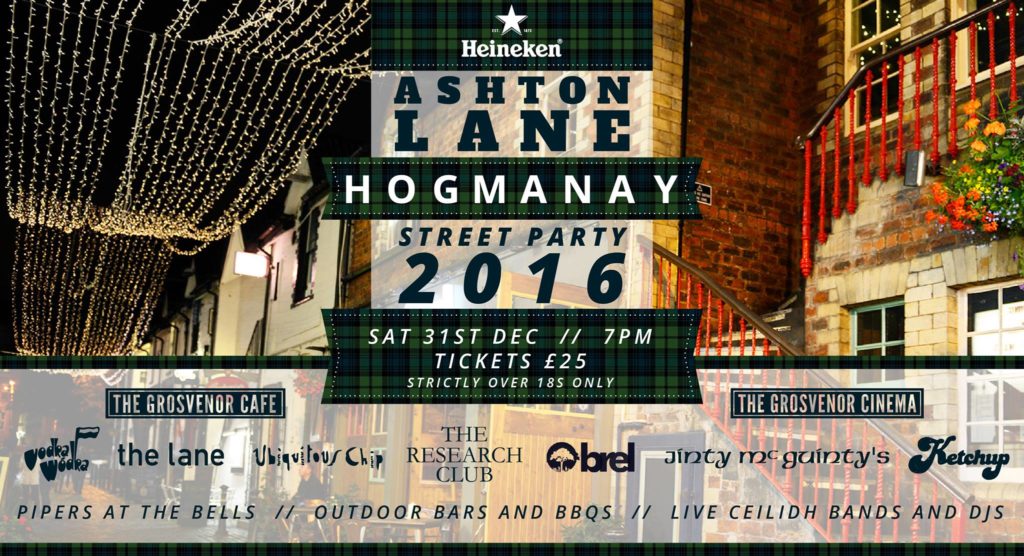 OK, enough of posh locations and fancy cocktails – what you really want is to have a good old fashioned party. Then you’ll want to head to Glasgow for their Hogmanay street party on Ashton Lane. This year’s party is a mini-carnival and will feature DJs, street performances, live entertainment and even a laser and pyrotechnics show. Lots of the bars and restaurants on Ashton Lane will spill out into the street, too, some with traditional music to go along with it.

A Night at the Circus

Bristol will be having a similarly themed celebration with their annual celebration at The Square; for 2016, it’ll be A Night At the Circus. A ticket will get you access to the party, which includes live music performances and a DJ, as well as an open bar and buffet. There will also be a troop of circus performers on hand and a photo booth for guests to take photos of their fancy dress outfits in. And don’t worry — the party is limited to “strictly friendly clowns only!”. 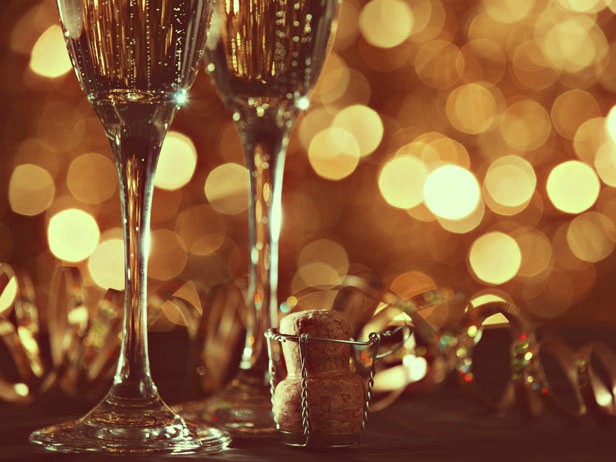 But even friendly clowns might not be your bag. If you’d still like to get dressed up in smart clothes, then your next stop should be Birmingham. They’re ringing in 2017 with a Roaring 1920s Party. The decadent celebration will go all night long until 6 a.m. and be brimming with glitz and glam from start to finish. That translates to champagne on ice, a swing band, sparkly antique decorations and plenty of gorgeous vintage outfits.

Fancy organising your very own 1920s party? Then check out our guide on how to organise one, The Great Gatsby style.

Fancy dress too fancy for you? Manchester’s rave standby The Warehouse Project might be more up your street — or rather, on Store Street, where it’s located. This year will be seeing music from Hannah Wants, Blonde, Danny Howard and a special reunion of The Dreem Teem — and at least another dozen more acts on the 31st alone. There’s a second session on New Year’s Day if you just couldn’t get enough on the first night. Needless to say, only serious partiers need to apply.

That wraps up our list of the best events in the UK to celebrate New Year’s Eve 2016. There is certainly no shortage of amazing parties and special celebrations you could go to. But of course, the best way to ring in a new year is with your loved ones, whether that’s your friends, family or significant other. Or, if you’re really lucky, all three at once!

From all of us here at the Printsome team, we wish you and yours a very happy 2017. 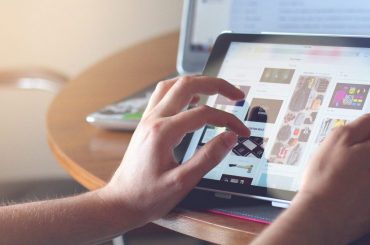 The best Eurovision merchandise of all time