The art of parodying fashion labels – Funny or copyright infringement?

Parodies have a long history of making people laugh, it goes all the way back to ancient Greece where according to Aristotle, Hegemon of Thasos was one of the first to do so by slightly altering the words of epic poems to make them humorous. Parodies are recreations of someone else’s work with the goal of creating commentary or simply make people laugh.

Some love them, others hate them.

How does that work, legally?

Regulations on parodies vary depending on the territory, but for the most part, they work in the same thought Western countries. In Europe parodies are accepted as long as they’re distinct from the source material, are not discriminatory and do not compete with the original version. The UK has made recent changes to its parodies copyright laws.

Nowadays when we talk about parodies we think about YouTubers who impersonate famous singers, but parodies can be made of almost any industry, like in personalised T-shirts. Check out this Hermès parody “Homiès” by Reason Clothing for instance.

A brief History of streetwear and parody

Streetwear has a long history of parodying high-end labels. Brands like Stüssy and Supreme are some of the pioneers. It was very popular during the rise of the Hip Hop Fashion in the early 90’s and — like anything else 90’s — has made a strong comeback in the last few years.

Considering that luxury fashion has been borrowing from the streets for decades, it just seems fair. The tables have just been turned around.

Some people state that by parodying luxury lines, these smaller brands are making fun of “status” symbols. Insignias that cement the rank of a very expensive piece’s owner on the social latter. It is a known fact that designers of luxury fashion mark up their prices to seem more exclusive, therefore appealing to the masses who buy into this sort of thinking.

This type of commentary has been met with varying degrees of acceptance from the targets they “mock”. Some people like Adrian Joffe from Come de Garçons find the rendition “Comme de Fuckdown” designed by SSUR hilarious, while on the other hand, brands like Chanel and Yves Saint Laurent have taken legal action against those who’ve parodied their logos. In the case of the latter, it was a design called “Ain’t Laurent without Yves” which was inspired by the decision of Yves Saint Laurent’s current director creative director who decided to drop the first name from the company. Such cases of litigation might seem like petty, sort of like a big bully beating up the scrawny nerd who dared call him a “prick” after years of abuse. But still, the French fashion house insisted that they damaged the brand and were guilty of unfair competition which are acceptable reasons for suing against a parody.

Here are some of the best fashion parodies made by clothing brands. 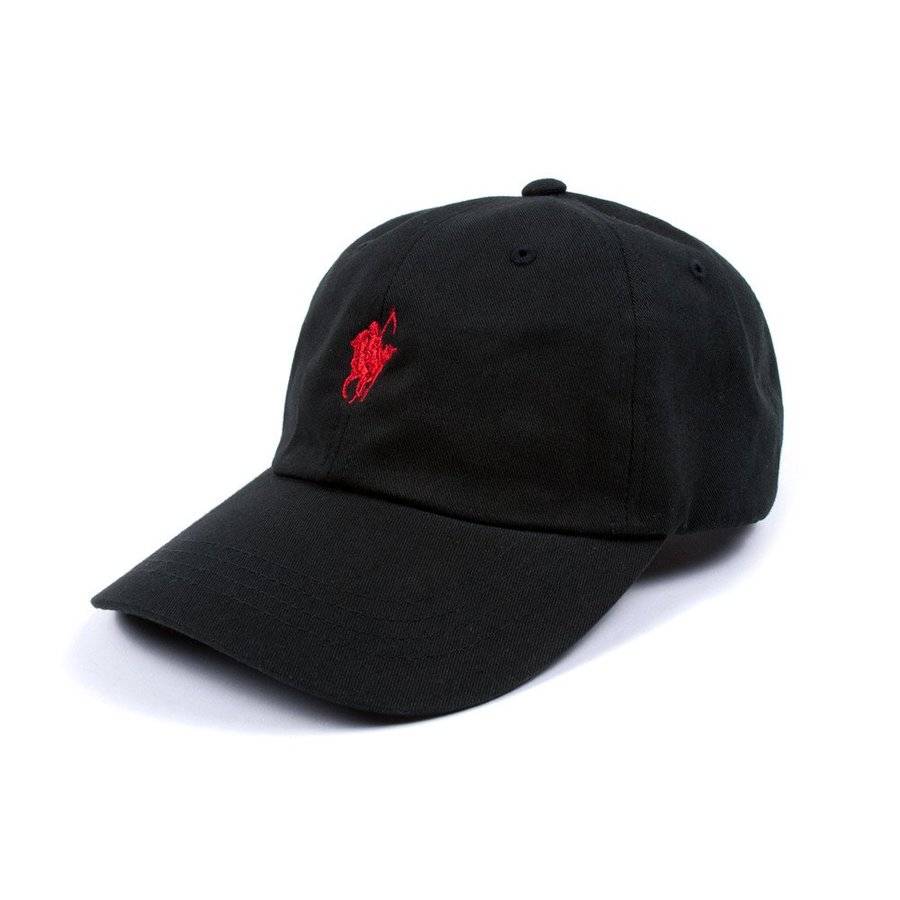 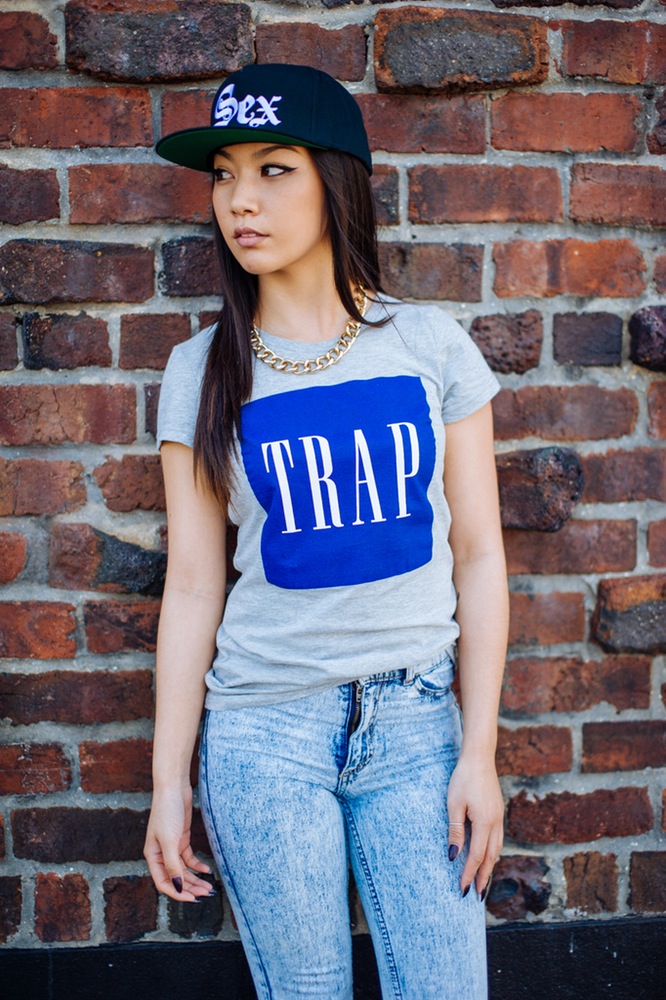 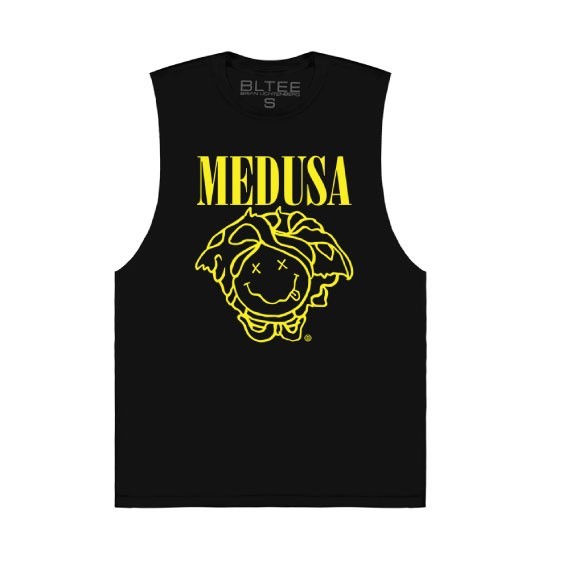 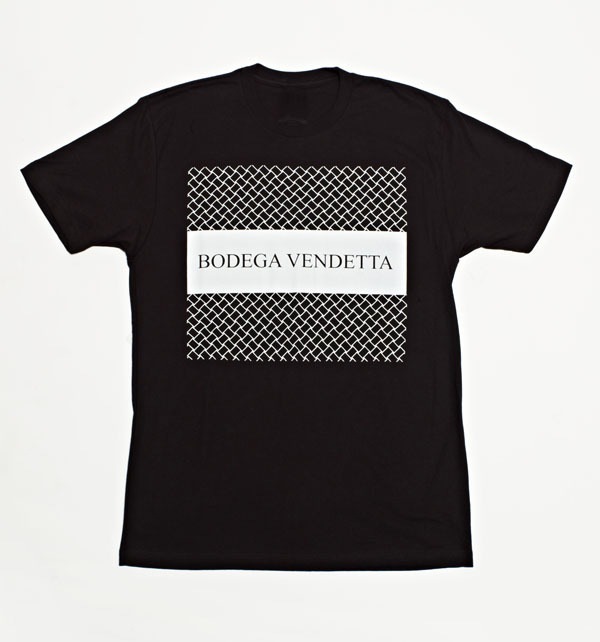 #5 Chanel parody “Ghostbusters Chanel” by What about Yves.
This particular model was actually the motive of a lawsuit by the luxury label against the streetwear designer. 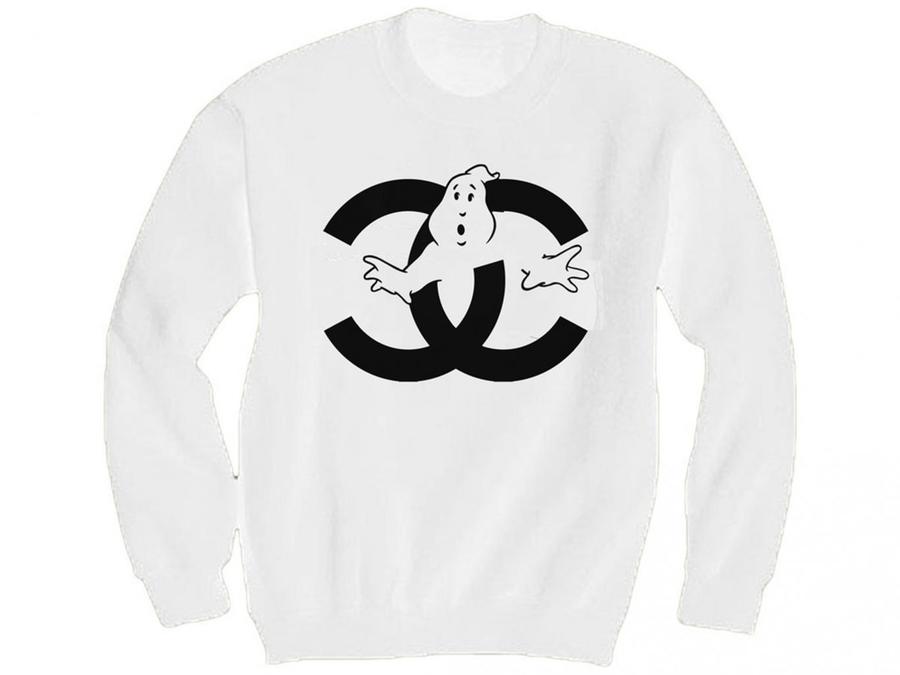 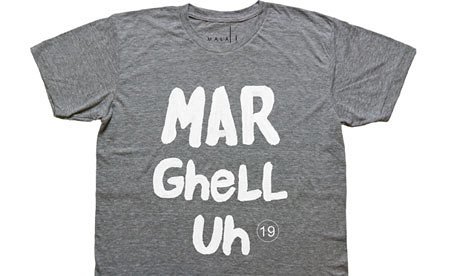 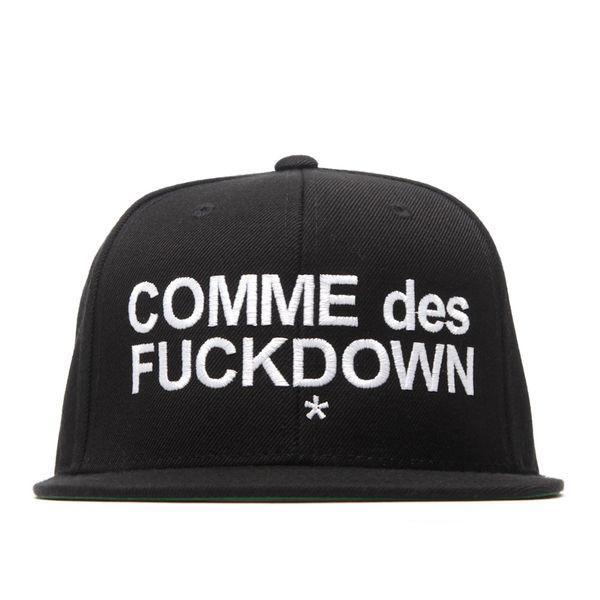 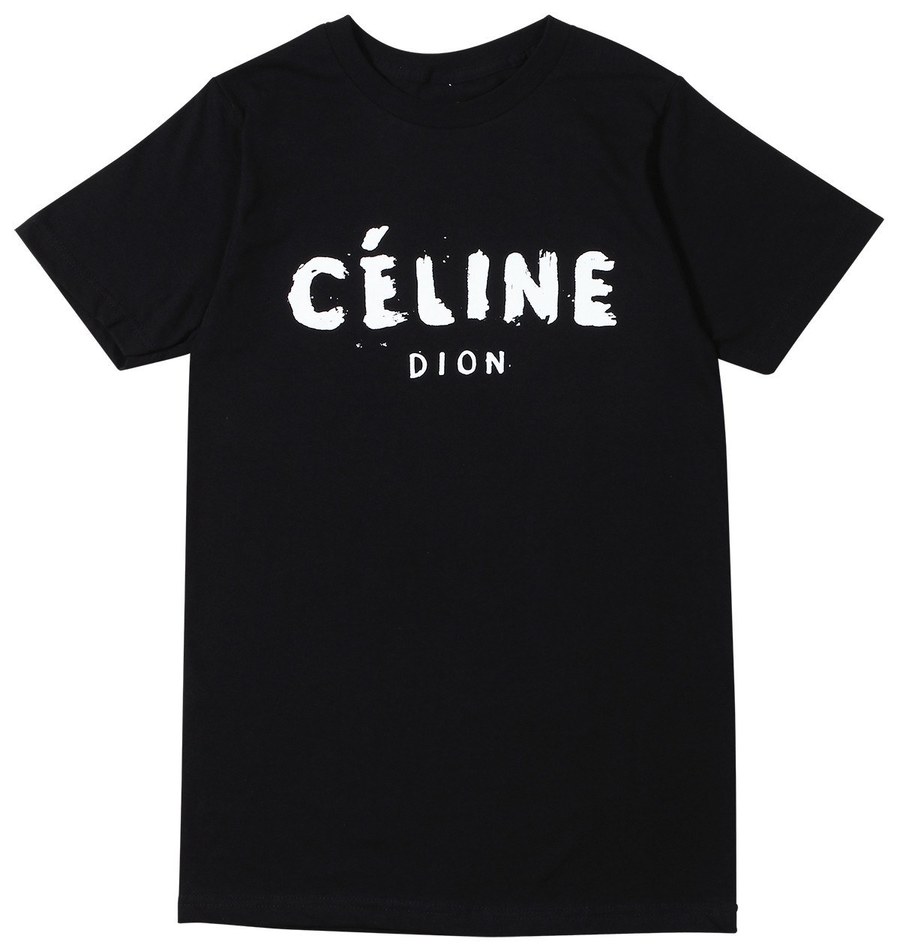 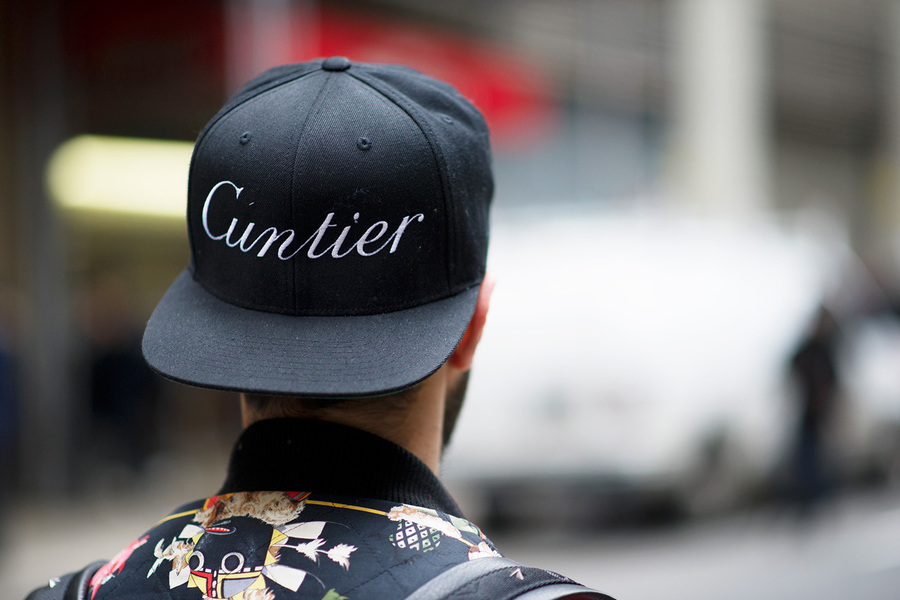 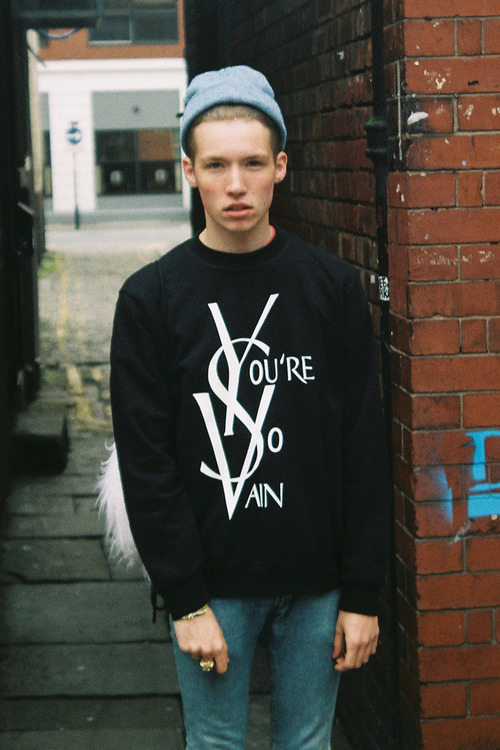 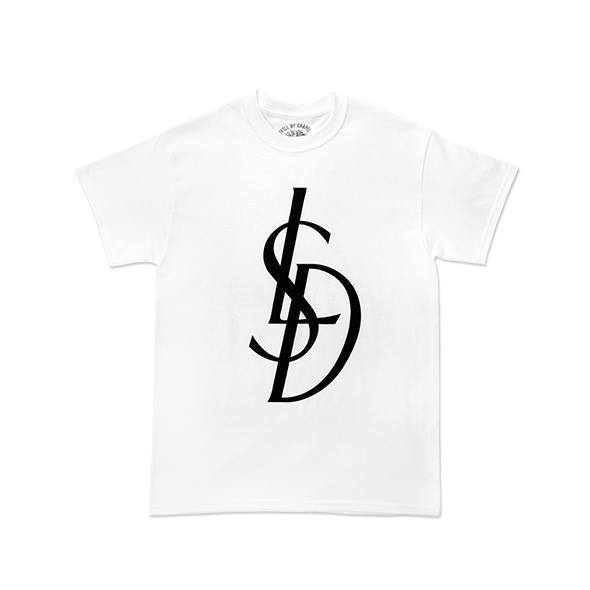 The following statement might seem a bit too serious, but please stick with me. The reason why parodies are allowed is because they’re an important part of a democratic society. Nowadays when we speak of them, people often think of films like Scary Movie, but parodies not only apply to entertainment, they also affect politics. Think of Tina Fey’s and Amy Poehler’s hilarious impersonations of Sarah Palin and Hillary Clinton. Without trying to sound melodramatic, parodies are a tool that the “smaller” people have of levering the system and telling those that are richer, or are in power, that their decisions won’t go without being questioned. The only territories that forbid parodies are fascists and extreme dictatorships that rely on a godlike image of their leaders to stay in power.

Take it from me, someone who comes from where the government doesn’t have a sense of humour about itself, we must never take the right to parody for granted.

Got more examples of fashion brand parodies you think I should add to this list? Then send them my way! You can comment below or join the conversation through any of our social media outlets. In the meantime keep reading the Printsome Blog for more awesome content.

Why worry about inventory or logistics when we can take care of that? We deal with the boring stuff so you have more time to do what you love. To find out more, simply visit our brand new website by clicking on the banner below.