An exercise on retro logos: Why do we like them so much?

Logos have been around since humans have felt the need to explain concepts through images. Per definition, logos are symbols that represent an organisation. And as with any other aspect of design, they go through trends.

In this past couple of years, it’s been flat, like when Google changed its image in 2015. But in this post, we’ll be talking about another one that’s also been making the rounds in the virtual world, retro.

In order to get into the hype, you’ll need to learn what it is and where it comes from. Retro is a term broadly used to reference any design that’s reminiscent of the recent past. It can refer to the ’80s, ’70s, ’60s, ’50s and even retro-futurism, which is the future imagined in an earlier era.

In this post, we’ll talk mainly about graphic design, but the phenomenon encompasses many different disciplines, going from fashion to product design and even architecture.

You may have heard of it for the first time recently, but us humans have a long history of infusing our contemporary design with attributes from the past. For example, the psychedelic typefaces we nowadays recognise as typical 60’s design were inspired by the Art Nouveau movement from the ’30s and ’40s. Also in the 1890s, book design adopted stylistic elements from the medieval era. And even way before that, the Renaissance was a period where artists and intellectuals wanted to bring back the glory of ancient Rome and Greece.

Also, in the 1890s, book design adopted stylistic elements from the medieval era. And even way before that, the Renaissance was a period where artists and intellectuals wanted to bring back the glory of ancient Rome and Greece.

The terms ‘retro’ and ‘vintage’ are similar, but they’re not the same and if you happen to work in the design world, you must not confuse the two of them.

What is the difference between retro and vintage?

As there is no formal regulation regarding these concepts, they tend to change depending on the source, but these seem to be the most accepted.

Retro design is any contemporary design that features elements from the recent past (somewhere between 15 and 50 years). For example, Ikea’s Fillsta lamp is a good example of retro design because it’s style is from the ’70s, but it’s produced today.

On the other hand, vintage refers to a design that was produced at any time between 20 years ago and the 1920s. These are products that were made in the past and have somehow managed to survive to our days. Anything that has been made, designed or produced before the ’20s is considered an “antique”.

Designer Ian Paget, known to the online community as Logo Geek, conducted a ‘treasure hunt’ where he invited fellow designers from around the world to locate vintage logos and graphic design works and to share them online. The results are magnificent: different objects, from a package of hairpins to matches, ended up in his blog for fans of vintage design everywhere to see.

Ian’s passion for the graphic design of days gone by led him to organise the hunt. He is inspired by the work of designers such as Paul Rand and Saul Bass.

Bauhaus, which was a school of design and art in 30’s Germany, is a good example of old design being constantly revered. Closed by the Nazi regime for allegedly promoting communist believes (it’s always the Nazis), the Bauhaus believed in simple and functional design.

In its classrooms, artists and designers such as Paul Klee, Wassily Kandinsky, and Josef Albers imparted their knowledge. Its influence is undeniable and can still be seen in visual communication, interior design and architecture around the world.

Why does retro design work?

Retro designs are usually simpler than contemporary ones. One of the main reasons being that in the ’50s, ’60s and ’70s designers had fewer resources to work with and therefore it was all less complicated. For instance, for a really long time printing in full colour was impossible or just too expensive.

That’s why the older the design, the fewer colours it will showcase. Sometimes as little as one or two. We tend to admire simple design that works because, as any person who has studied design can tell you, it is harder to create a simple logo that works than a complex one that does the same.

Nostalgia
We all know it. It’s the feeling we get when we listen to the theme song of our favourite TV show from when we were a kid or when we smell the perfume of our first crush. Even though nostalgia comes from a place of sadness (usually when we’re are alone), studies show that it also has got positive effects. It can make us feel happier, less stressed, and even more optimistic about the future.

Brands and marketing agencies have been using nostalgia to sell us stuff for years. Some may see it as a cool way to bring back something we love, while others think it’s a manipulation of our feelings (it’s a bit of both). Entertainment industries like Disney and Nintendo are experts in this type of marketing.

Through this technique, they’ve kept alive characters that debuted 20, 30, 40 and sometimes even 50 years ago. It is no coincidence that we’ve been seeing so many remakes and superhero movies lately. Nostalgia is a big incentive to spend money on a movie, that may not be that good, but we still enjoy because it reminds us of our childhood.

I’m not saying that retro design is inherently “bad” or that people will forgive poor quality because it reminds them of their childhoods. All I was trying to illustrate is how powerful nostalgia can be. Basically, retro or vintage design reminds us of better times.

Admiration
Graphic design fans, in particular, tend to admire the designers of the past because of their hard work. Nowadays we tend to equate graphic design with Adobe, but Photoshop didn’t make it to the personal computer until 1985. This meant that mockups were done by hand, which took a long time to complete.

The thought and research process had to be carefully planned. A single mistake could set projects back days if not weeks.

When the digital revolution came it meant that designs could be completed in a fraction of the time, but it also meant that anyone that could get their hands on the software was able to produce a flier. And that was just the start.

Nowadays websites offer free applications that generate logos and sometimes a computer is not even necessary thanks to apps that allow you to be creative in your smartphone or tablet.

This design ‘anarchy’ has lowered the quality of graphic design in general and has made it more difficult for the professionals to stand among the crowd. Luckily, there will always those who appreciate good design and can tell the difference between the two.

If you’re interested in learning about the work of designers in a pre-computer era, you can check out the following post on PrintMag that talks about the logo designs of Herbert Matter.

With this information in mind, we wondered what current brands would look like if they were given the retro treatment and here’s the result: 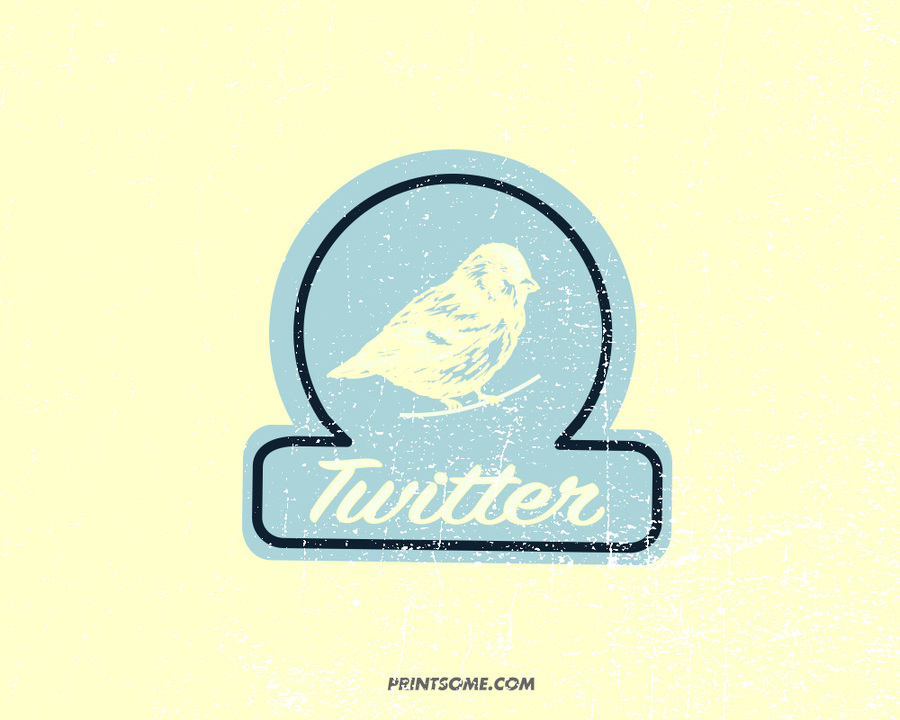 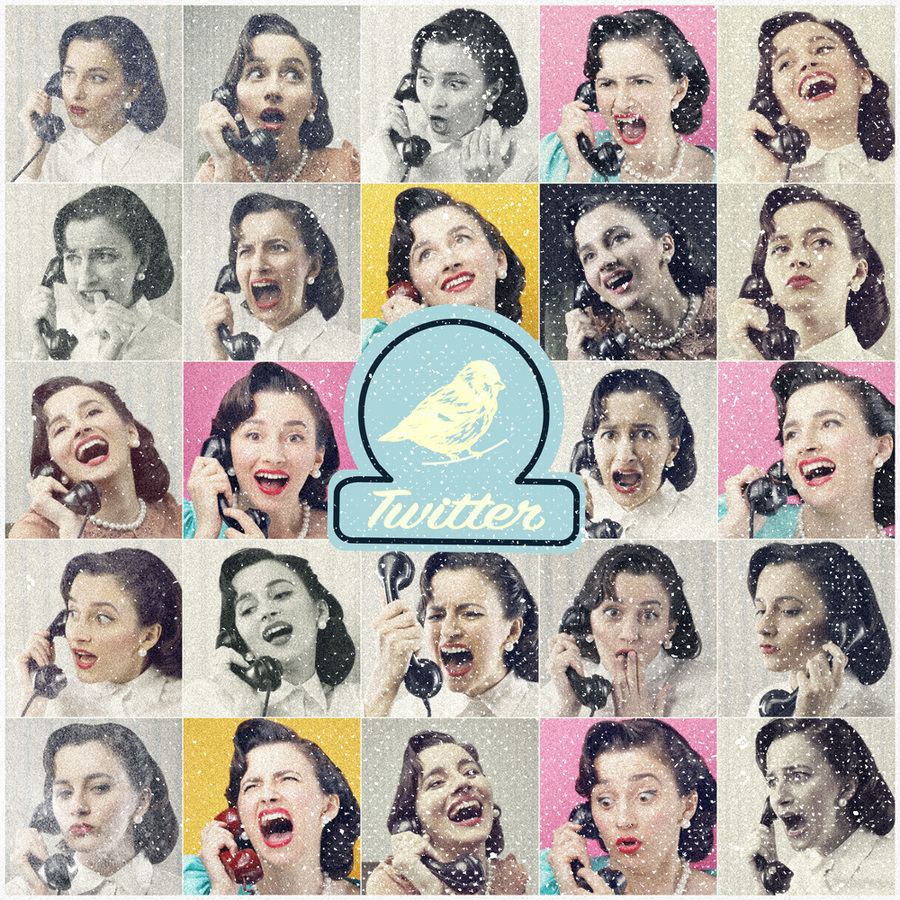 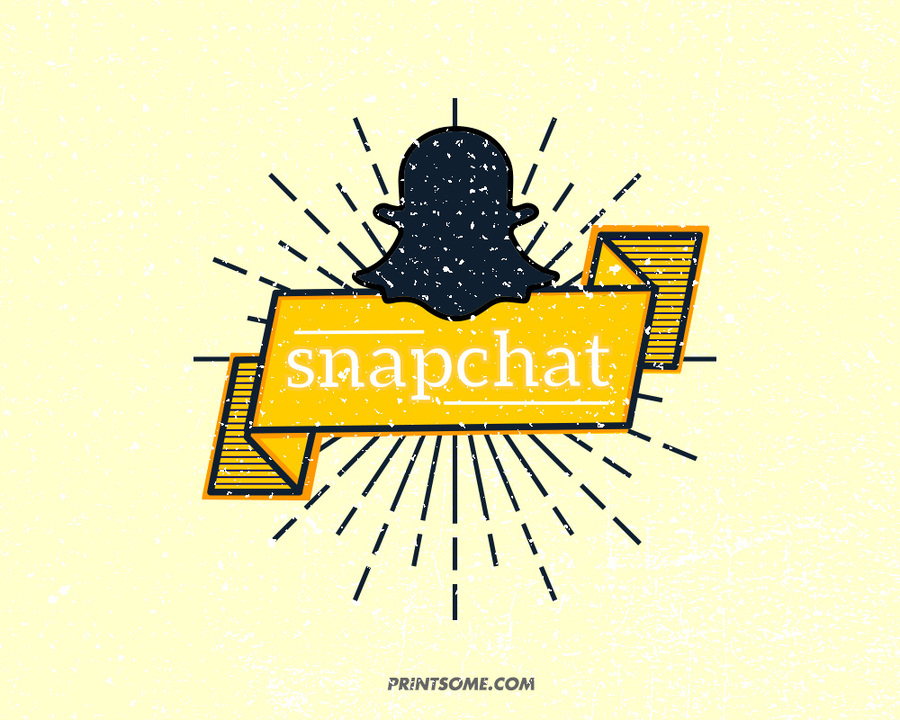 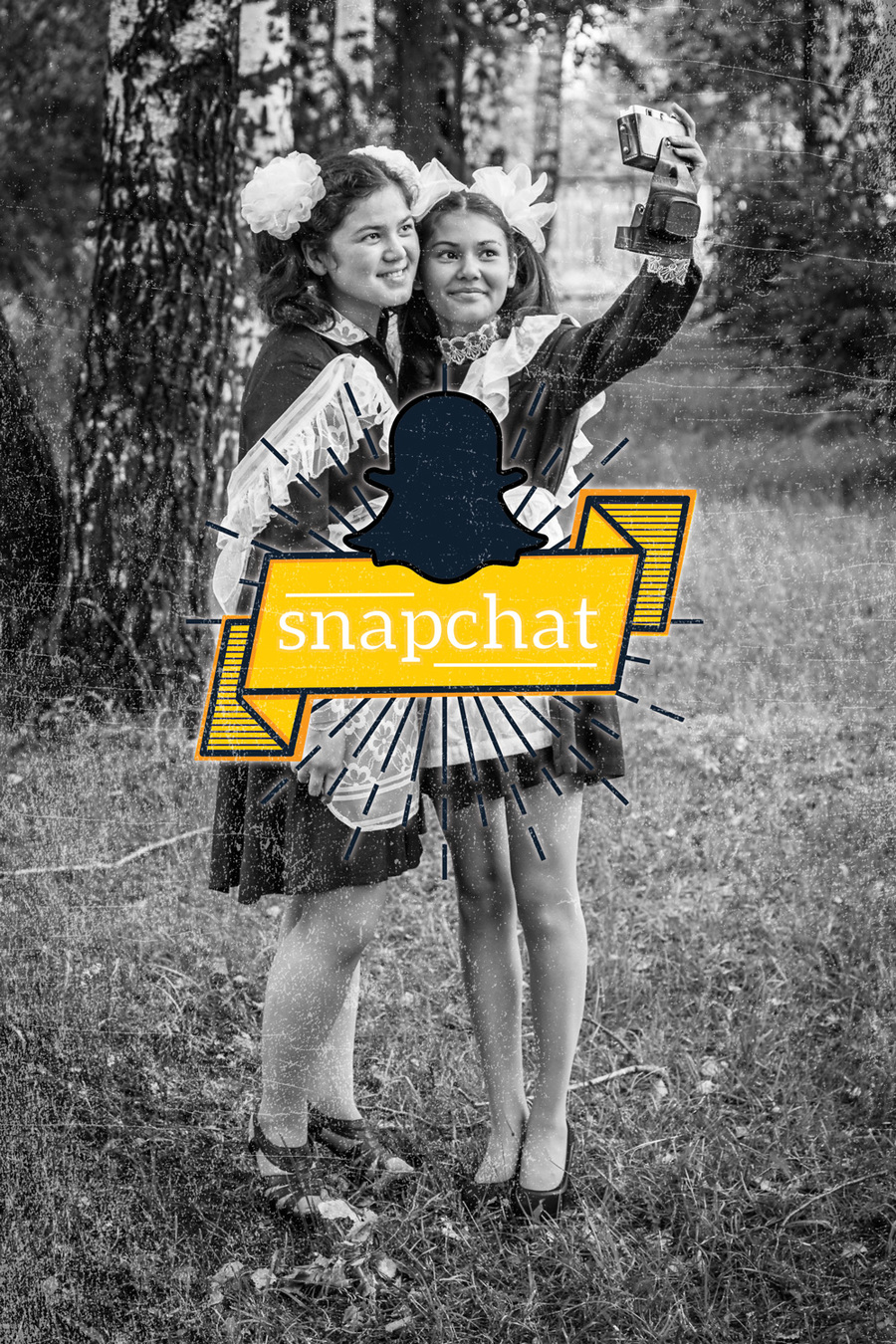 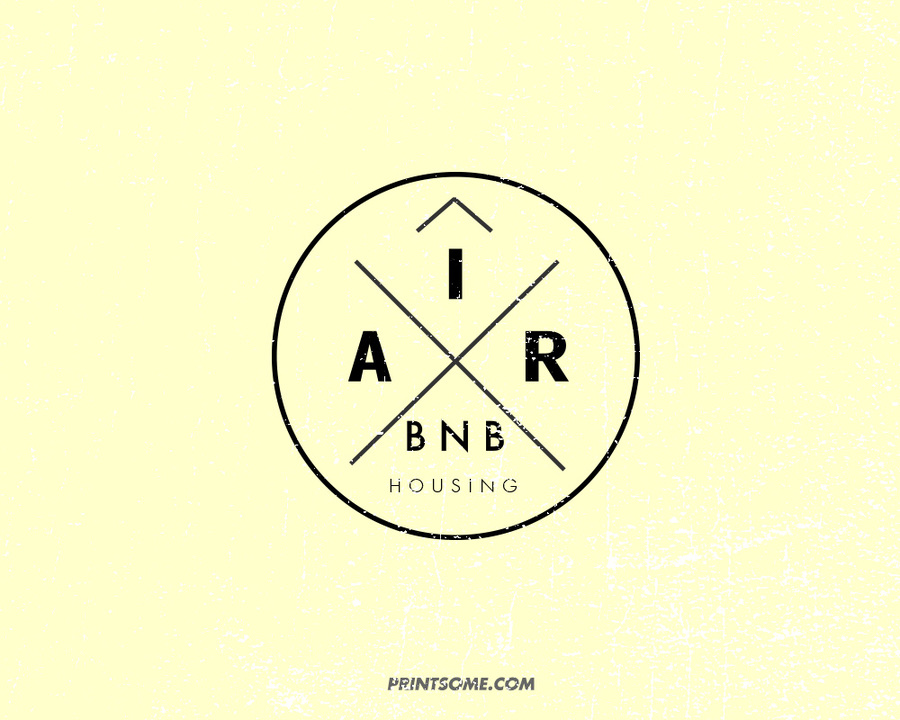 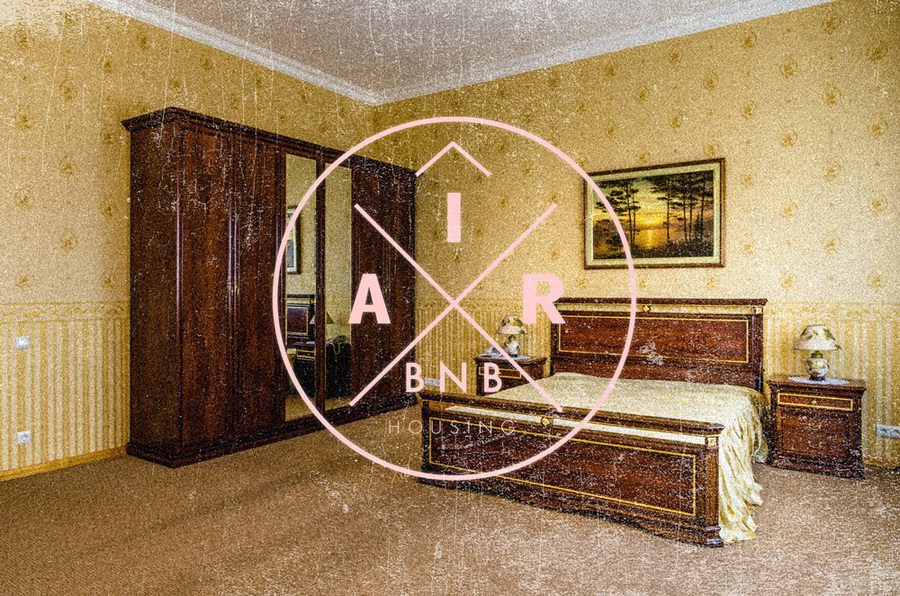 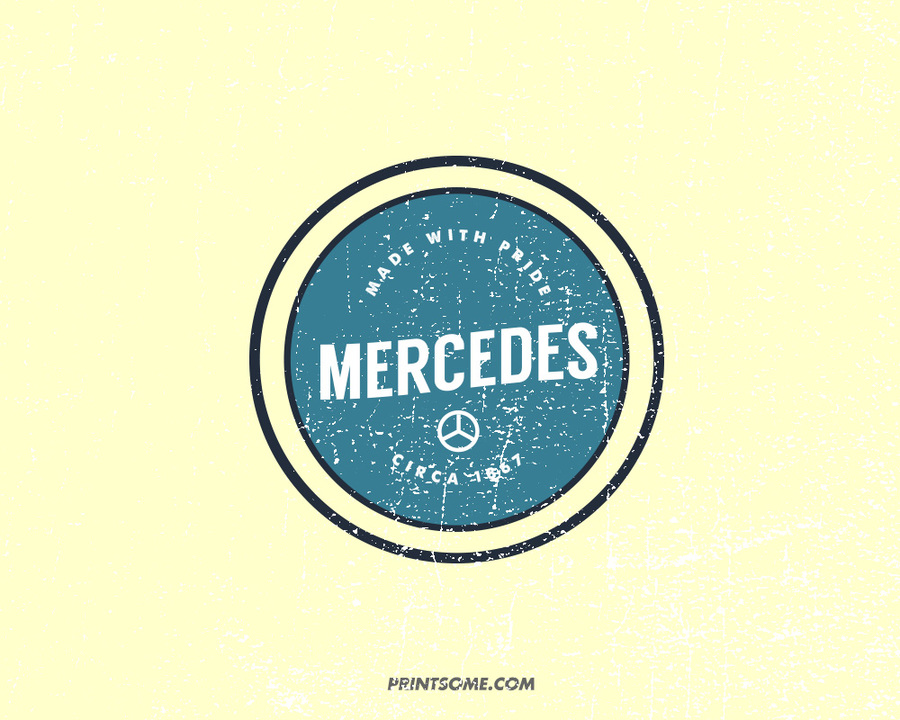 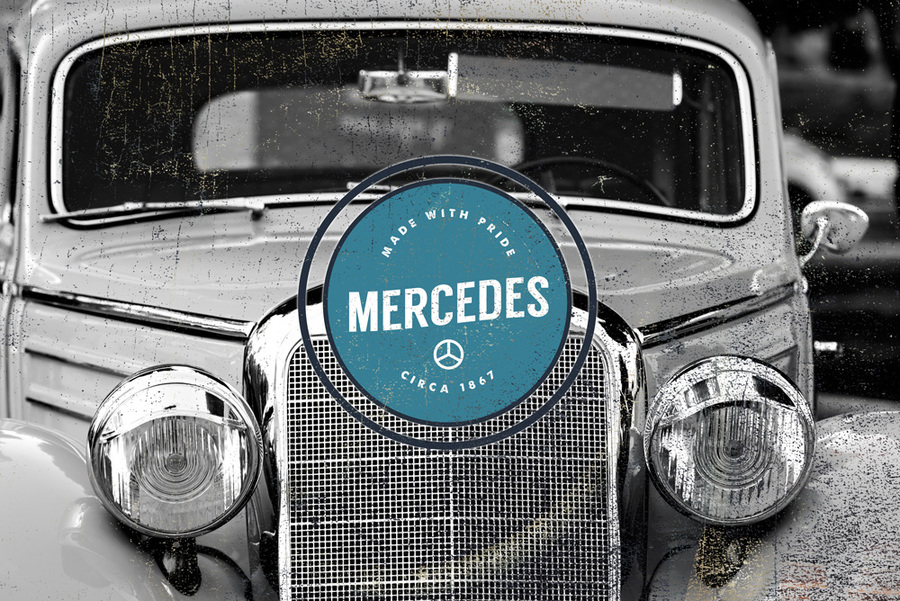 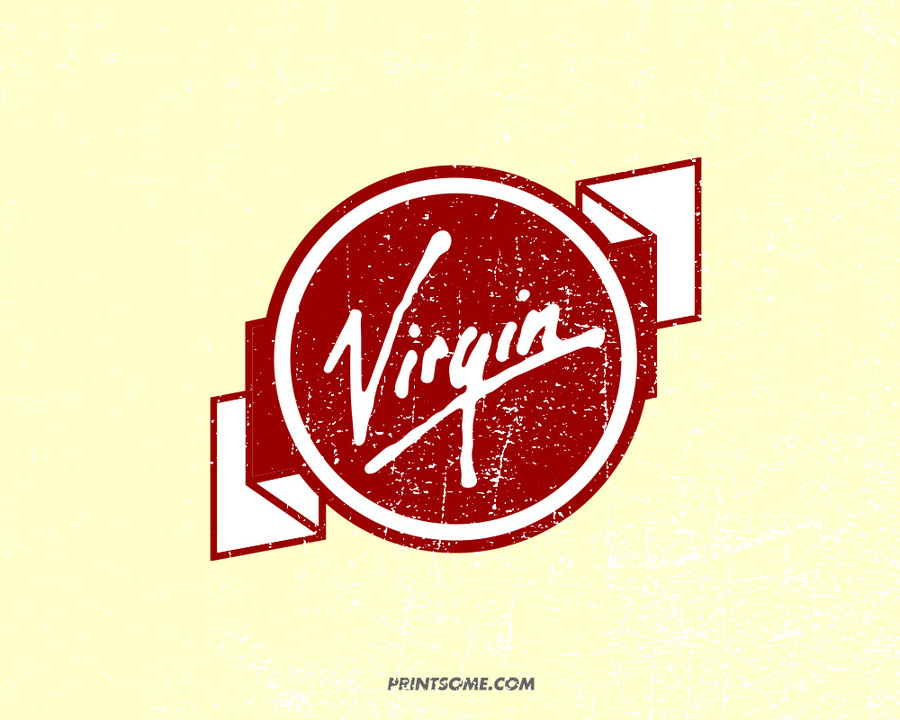 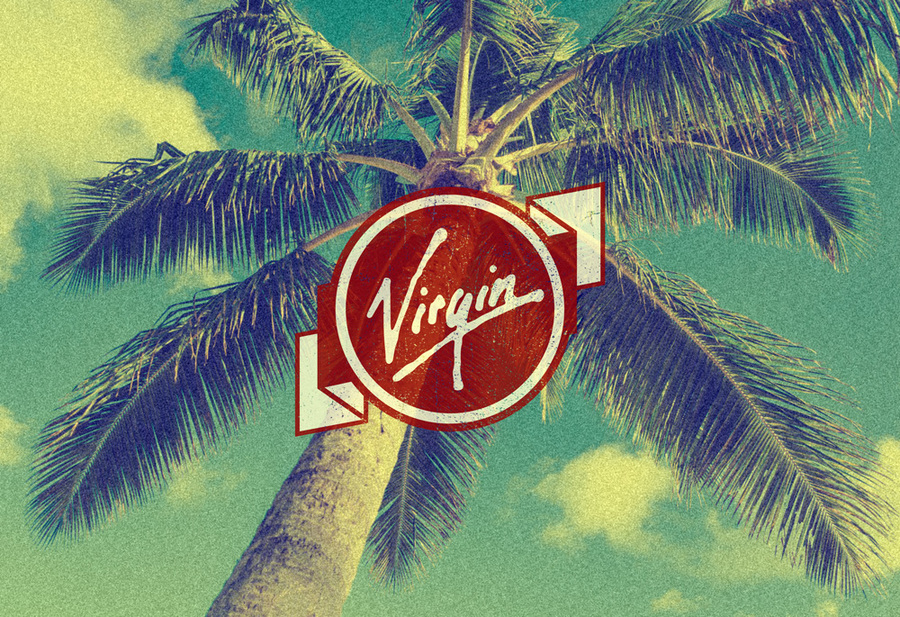 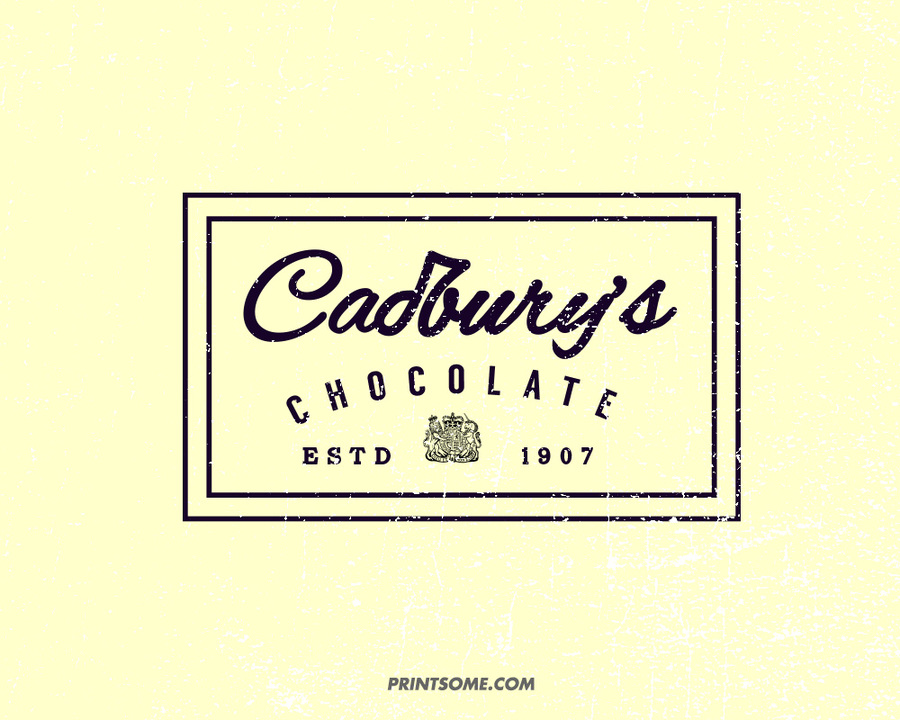 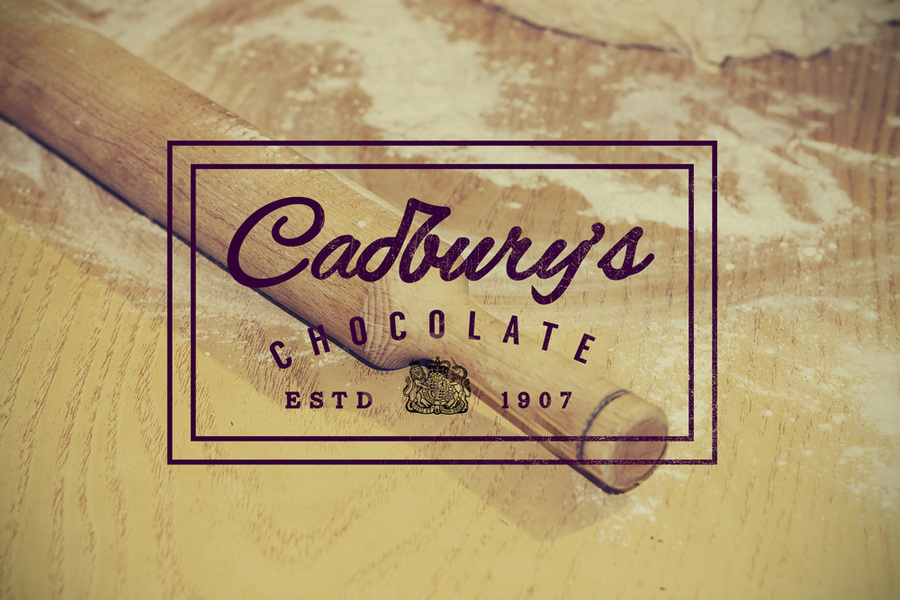 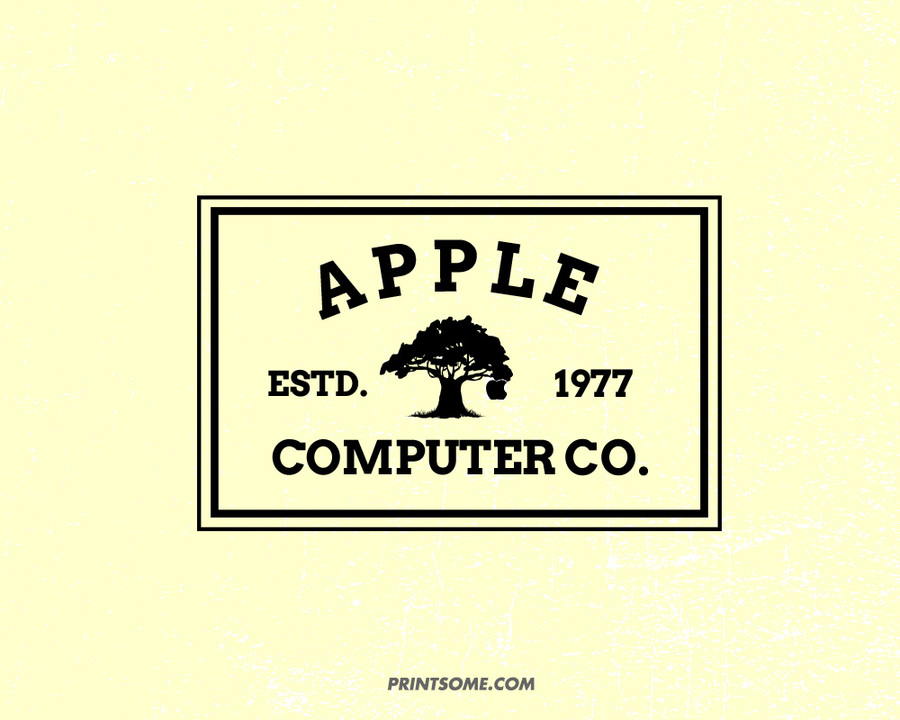 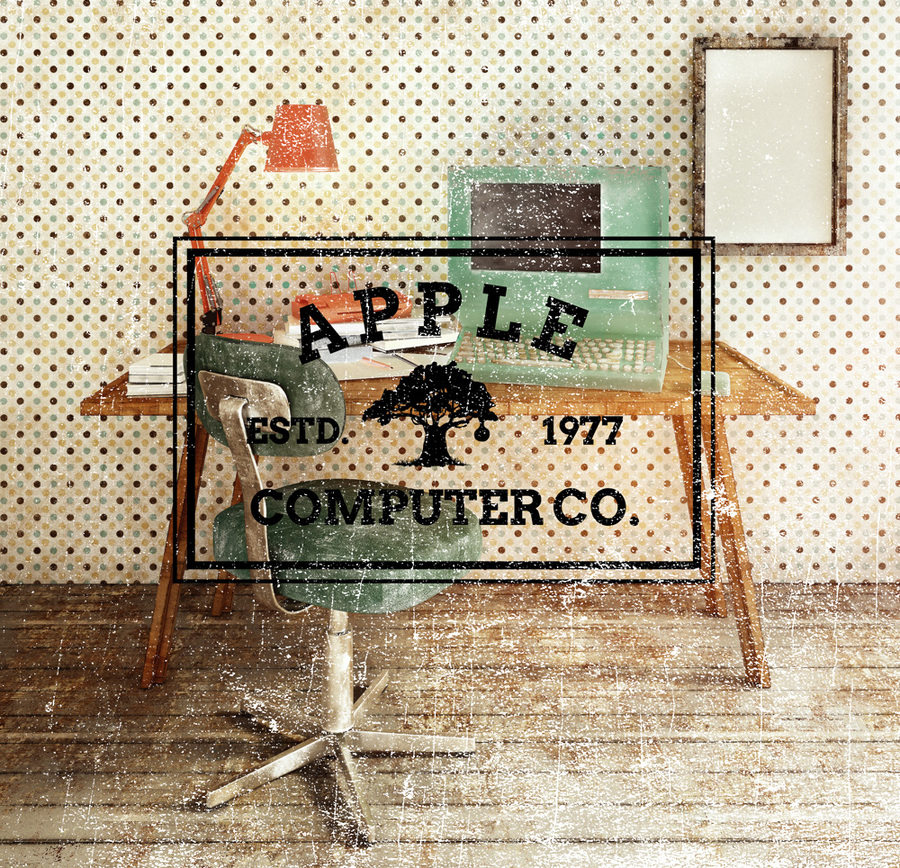 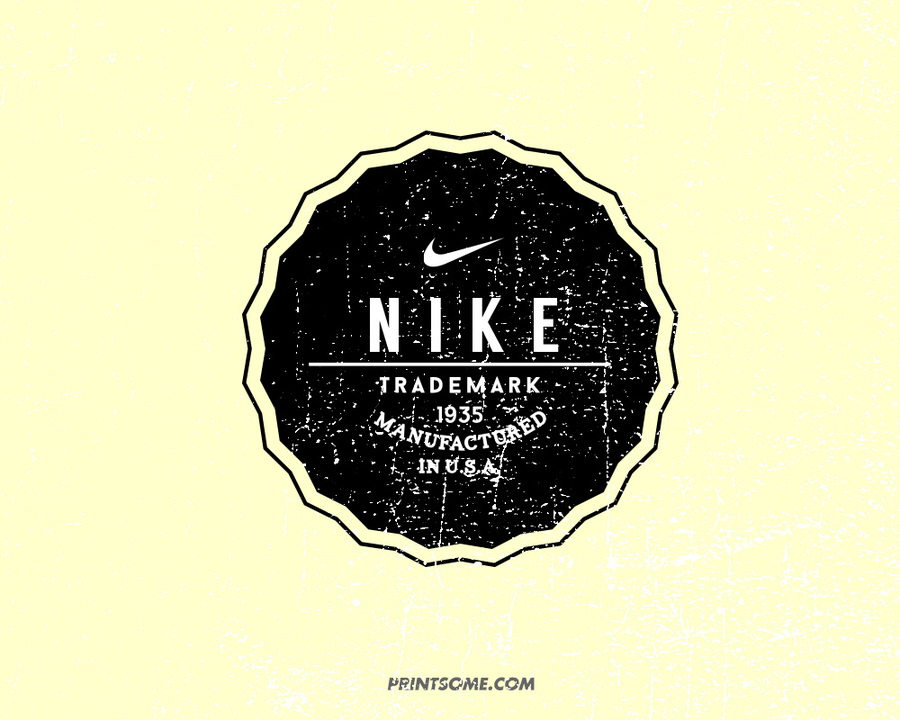 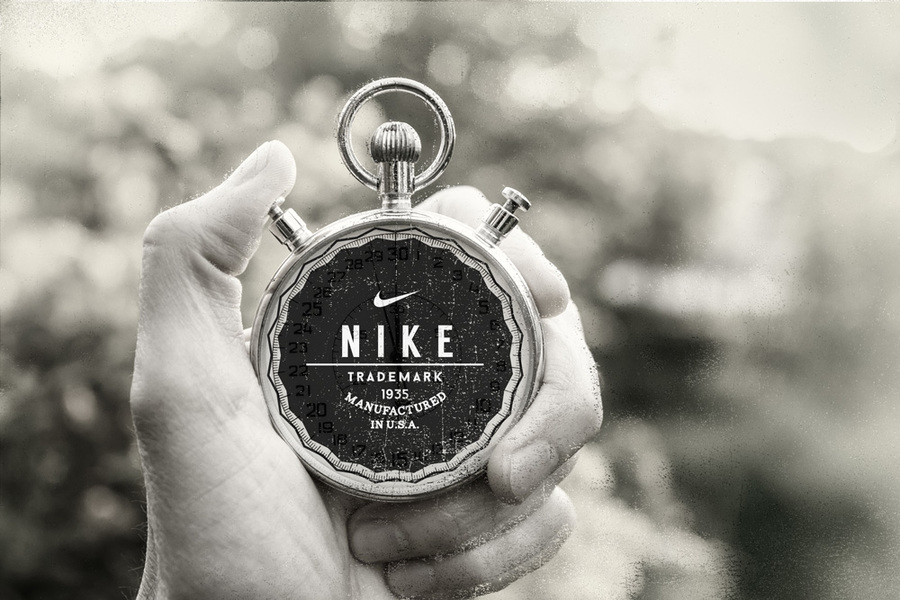 Do you know of a brand that would look cool if it was redesigned into a retro style? If so, please let us know in the comments below or send us a message through any of our social media outlets. We always love to hear from you. In the meantime, keep reading the Printsome blog for more awesome content!