Robin and the Sherwood Hoodies

It’s that time again, time to get creative, think outside the box and imagine what a t-shirt brand in the lovely city of Nottingham would be like. As part of a series of articles, each week we choose a UK city and design personalised t shirts relating to it. So far we’ve had an urban graffiti style brand from Bristol, some pretty inventive t-shirts from Birmingham, musical tees from London town and some loopy Leicester apparel. And now? Robin and the Sherwood Hoodies.

Robin and the Sherwood Hoodies

The story of Sherwood forest to Nottingham is what Sherlock Holmes is for Baker Street, so it would have been quite difficult to imagine a t-shirt brand without just a little influence from the hood. Since we want the imaginary clothing brand to be as successful as possible, we had to be a little more bizarre with the naming if we wanted our google positioning to be any good. So, after thinking about the foxy hero for a bit and about clothes, the hood connection seemed to make perfect sense, so Robin and the Sherwood Hoodies it was. Next, to think about the logo. For a moment there, we disappeared into a land of bow and arrows, birds tweeting away in the trees, the smell of a flowing river and of the sun shining through the tree-tops.

We decided on a natural style logo, carved out of wood for the brand, with a simple arrow across the bottom to visually hammer the connection home. As for the concept, well, what makes a city is often what it has produced, so we selected several key items that Nottingham City has given the world to create some illustrations for our clothing brand.

We bet you never really stopped to think about who discovered our beloved anti-inflammatory, but it was indeed the folk of Notts. Do you think that the Nurofen design had anything to do with Robin’s target practice, or is that just a coincidence? 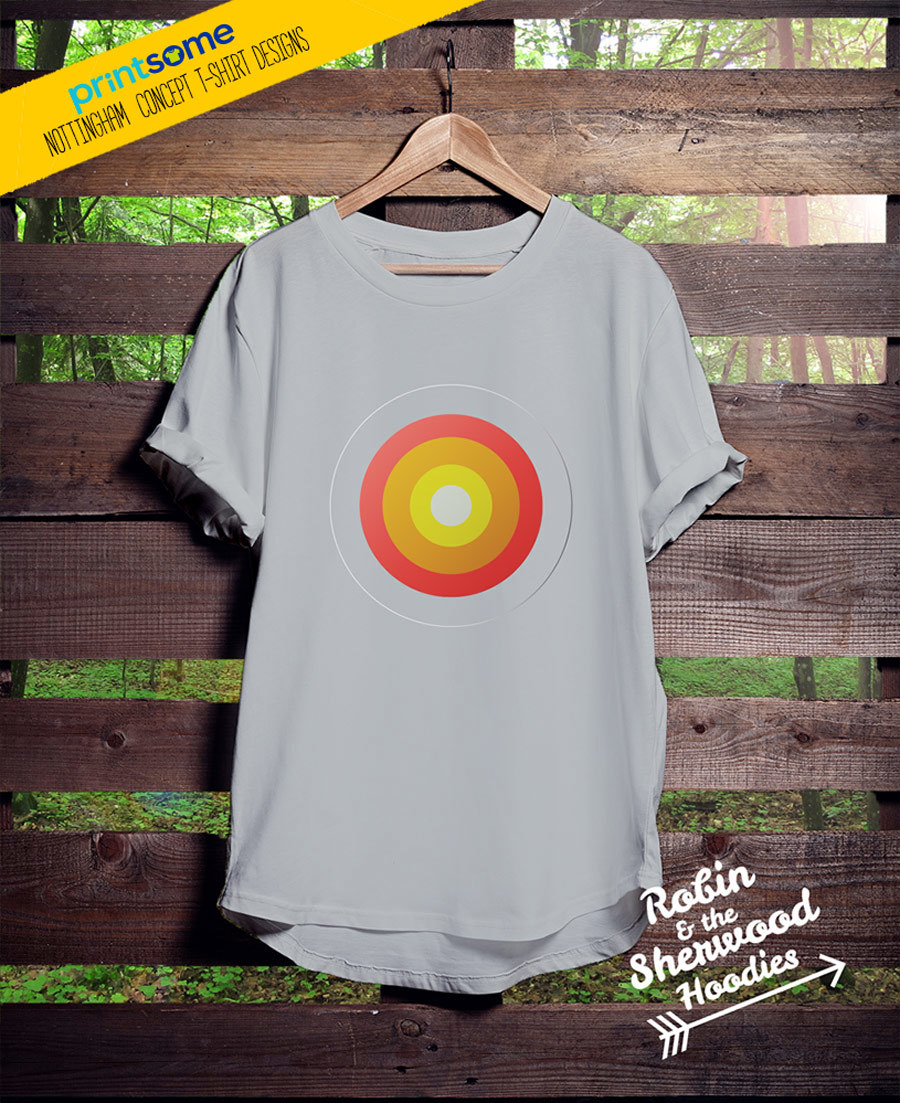 The epitome of vintage cycling in the UK, a quality brand to be trusted and a fond memory of our childhoods also came from the university city. Raleigh bicycles never went out of fashion, and remain strong in the market, even with Bromptons all over the place. 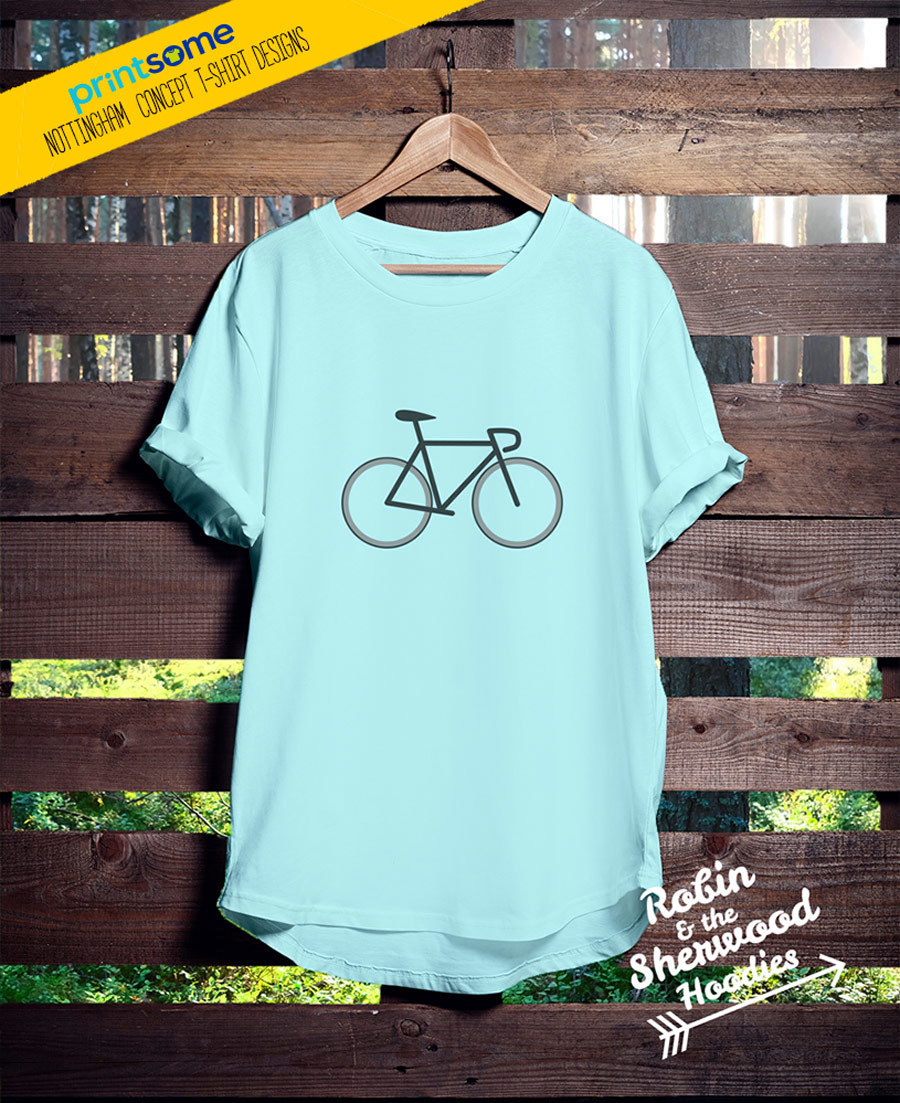 Heinz is one thing, but what about HP Sauce? No English breakfast would ever be complete without this tasty condiment, which definitely deserves a bit of Nottingham merchandising and a t-shirt based celebration. 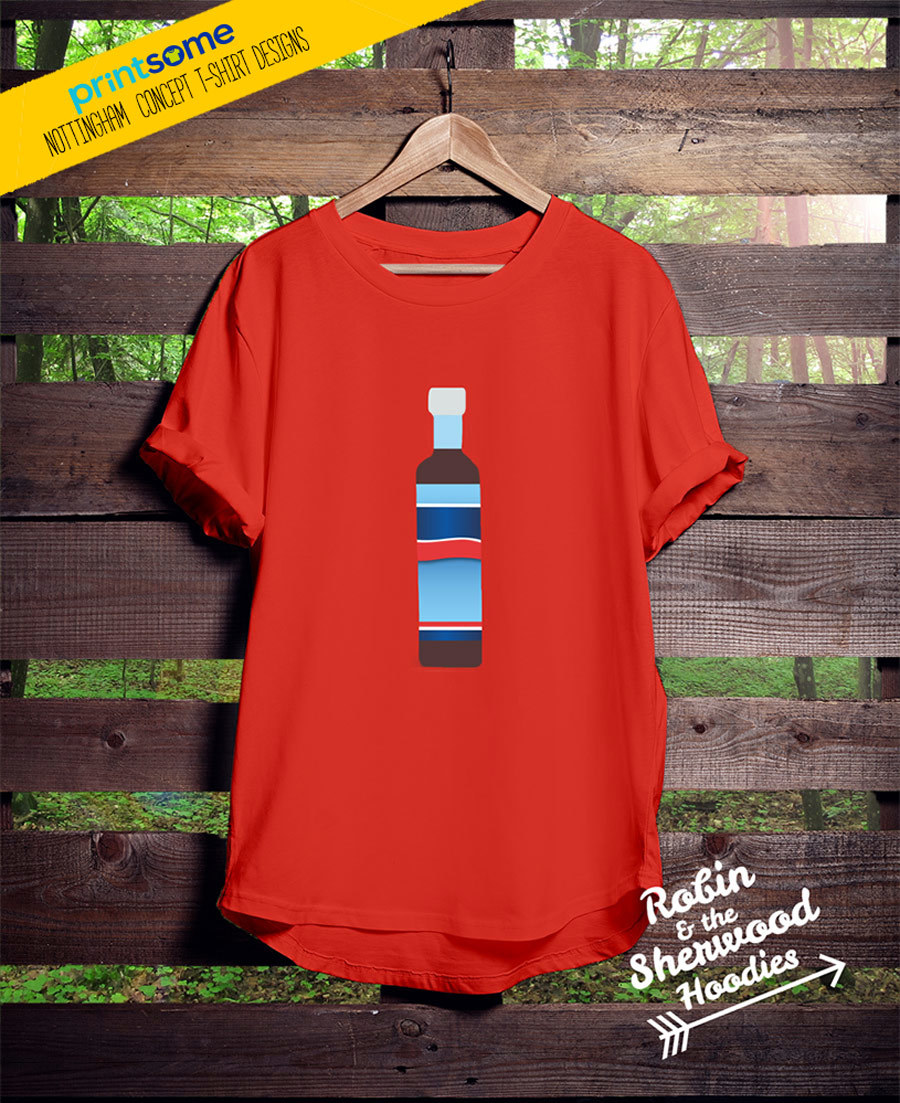 Oh the days of VCR, they seem so long ago. So what with Raleigh bikes, it seems that Nottingham is quite a retro city in terms of its products. It was here that the first VCR was made, not actually so long ago in 1963 and would have set you back the equivalent of around £1,100. Blimey. 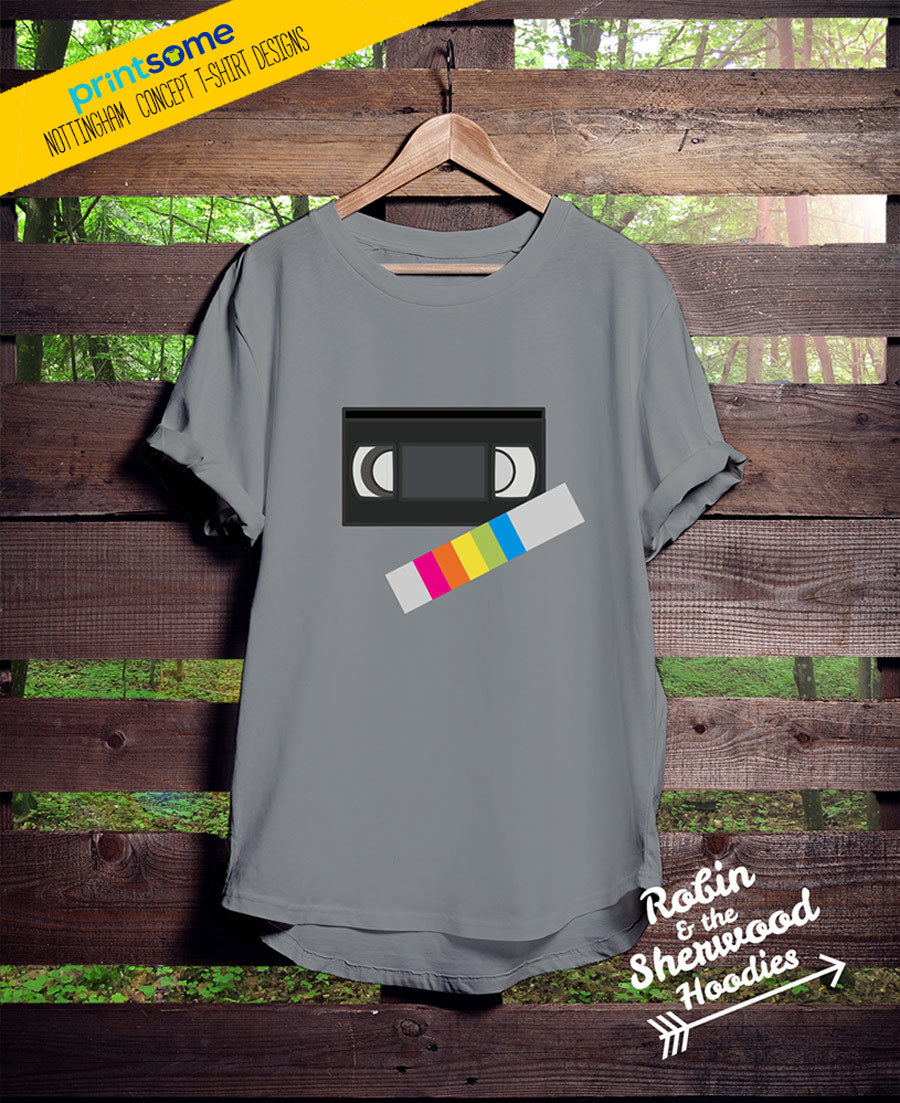 Can you imagine how things would have been before the existence of pre-rolled tobacco? Well until John Player started selling packaged cigarettes, that’s exactly things were. Player’s quickly became Nottingham’s best known brand. 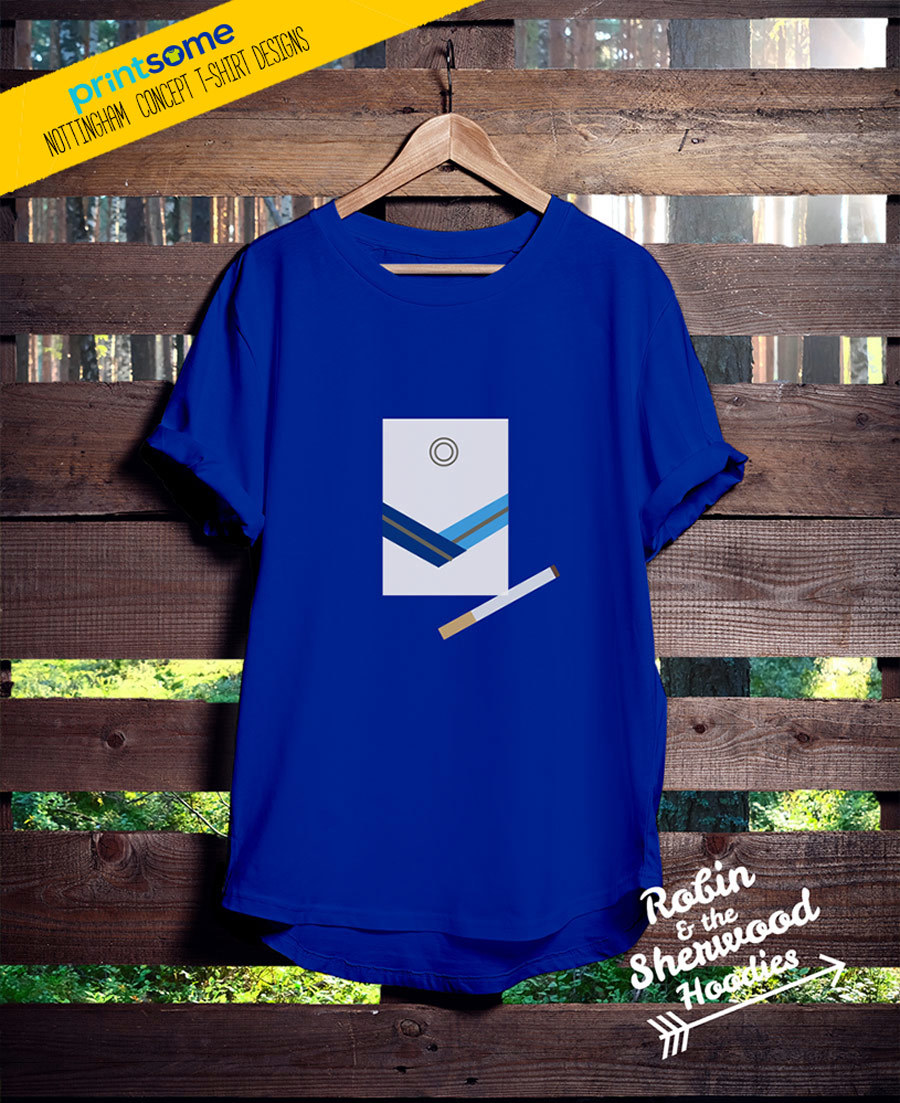 Of course, we didn’t forget him. From the epic film Robin Hood: Prince of Thieves to Disney’s hiss, Robin has been putting Nottingham on the map for years. 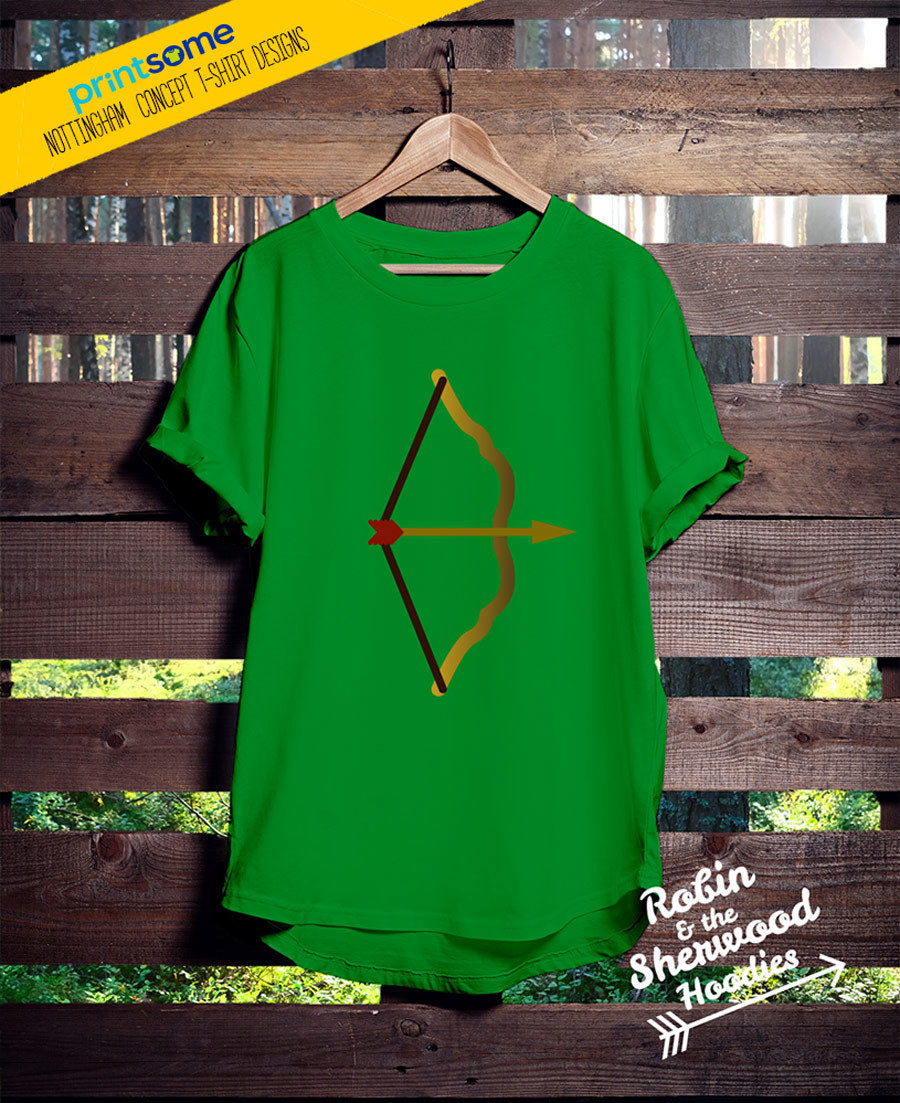 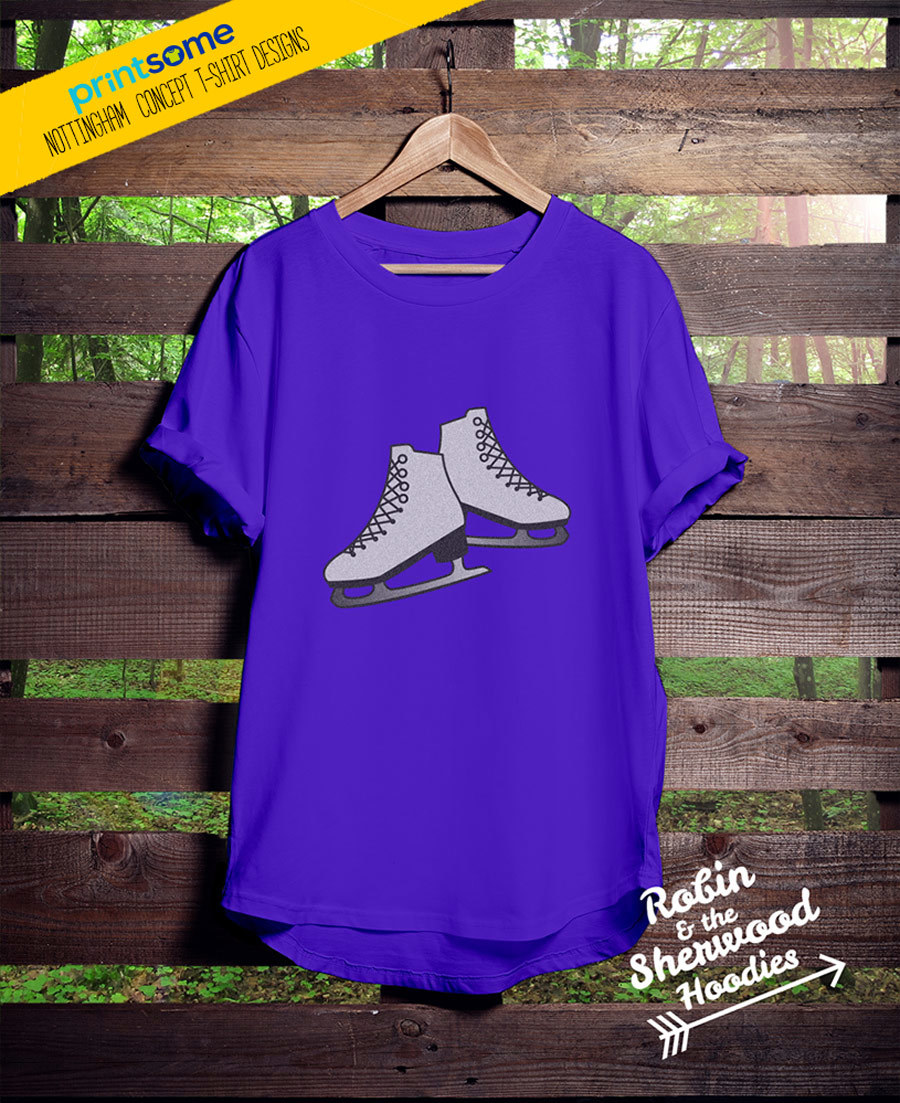 No brand would be complete without the sale of their very own logo t-shirt for die-hard fans, so here’s the official Robin and the Sherwood Hoodies design. 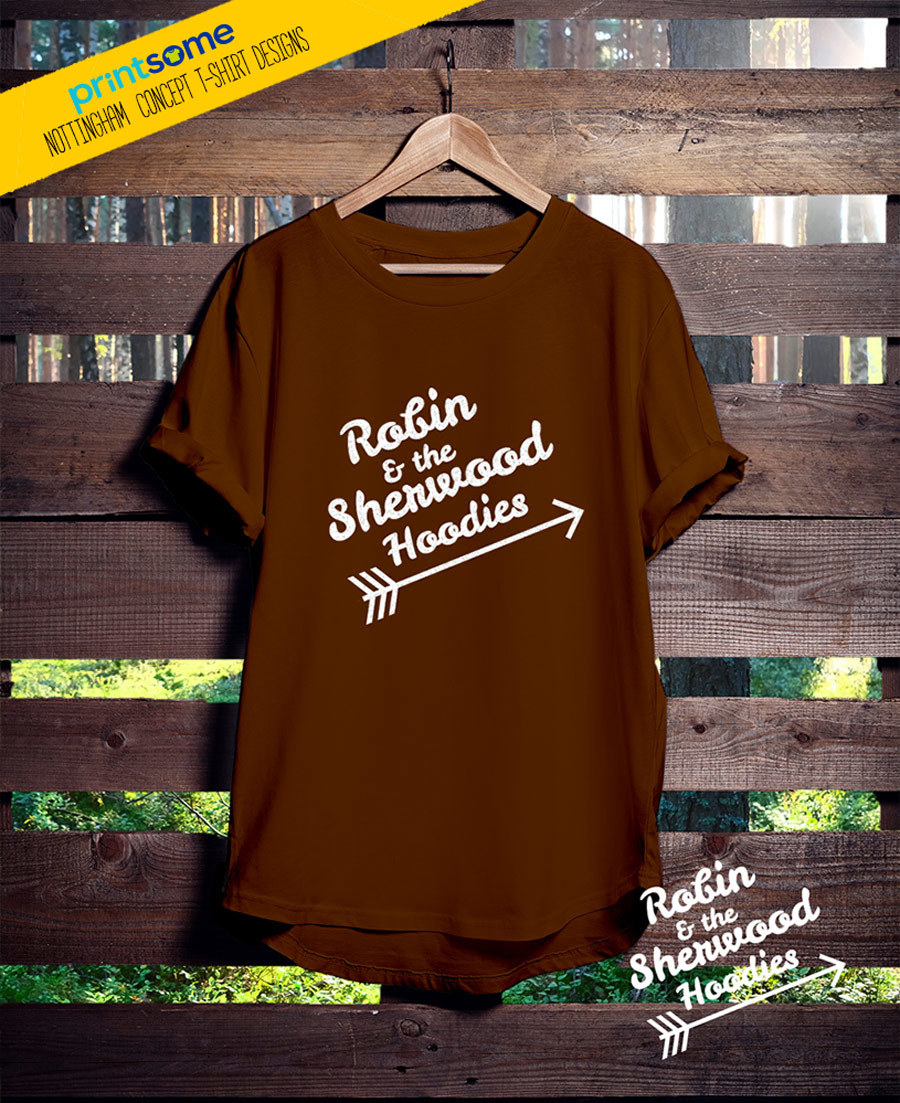 Are you from Nottingham? Do you have a clothing brand based there? If so, we’d love to hear from you. Drop us a line at Printsome.com.