A T-shirt homage to fantastical Scotland

Scotland is a pretty fantastic place — and we mean that in every sense of the word. It’s of course a wonderful country, home to an array of historical sights, bustling cities and some of the most beautiful landscapes seen anywhere on the planet. But it’s also fantastic in the less-used sense of the word; by which we mean legendary.

There are so many fascinating tales, creatures and characters that have come out of Scottish folklore, traditions and literature that it is impossible to cover them all in a single post. Hogwarts is located there, after all!

Our T-shirt series inspired by Edinburgh and the whole Scotland´s land has creative designs involving some of the best-known non-real people and creatures that have been dreamed up on Scotland’s lovely green shores. 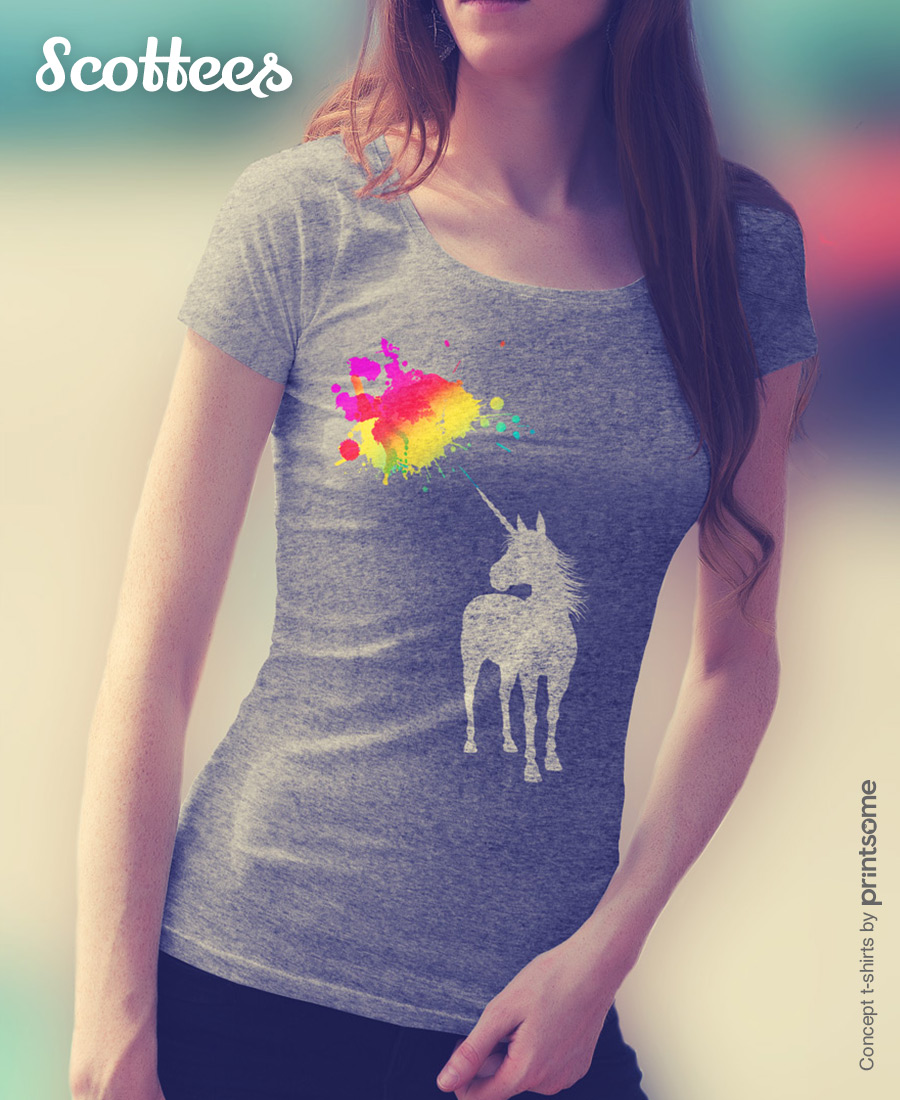 Comedian John Oliver put it best: ”Scots know how to run a country, because when they got to choose a national animal, they selected — and I swear this is true — a unicorn.” Yes, the Scottish national animal is indeed a fictional creature, and a very pointed choice, too. In folklore, the unicorn’s natural enemy is the lion — the symbol English royalty chose about 100 years previous to Scotland’s pick of the unicorn. It was also considered a chivalrous beast that was powerful enough to fight off any animal, but instead chose to protect and defend.

Of course, back then when it was chosen a lot of people really did believe unicorns existed. 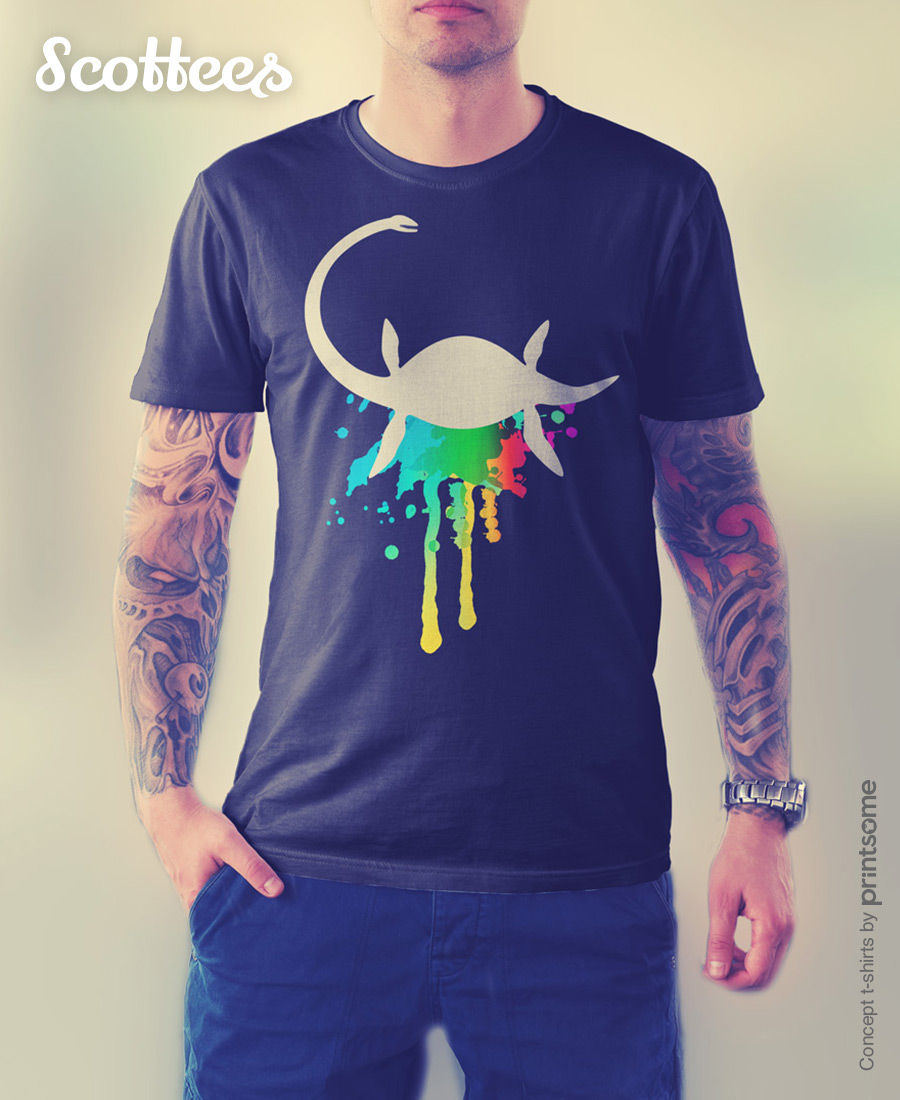 While not many people today believe that unicorns exist, there are a fair few who probably believe in the Loch Ness Monster. We’d guess that Nessie is the most well-known (fictional?) creature that comes to mind when you think of Scotland! Lots of travellers eager to sort out whether she’s myth or not venture to the shores of Loch Ness in the Scottish Highlands to see if they can catch a glimpse of her themselves.

Every so often, someone claims to have actually captured a photograph of Nessie. This grand tradition dates back to a 1933 photo taken by Hugh Grey. More recently, Apple Maps appeared to show an image of the monster in 2014, although as their maps are notoriously bad, who knows if they were even images of the right lake? 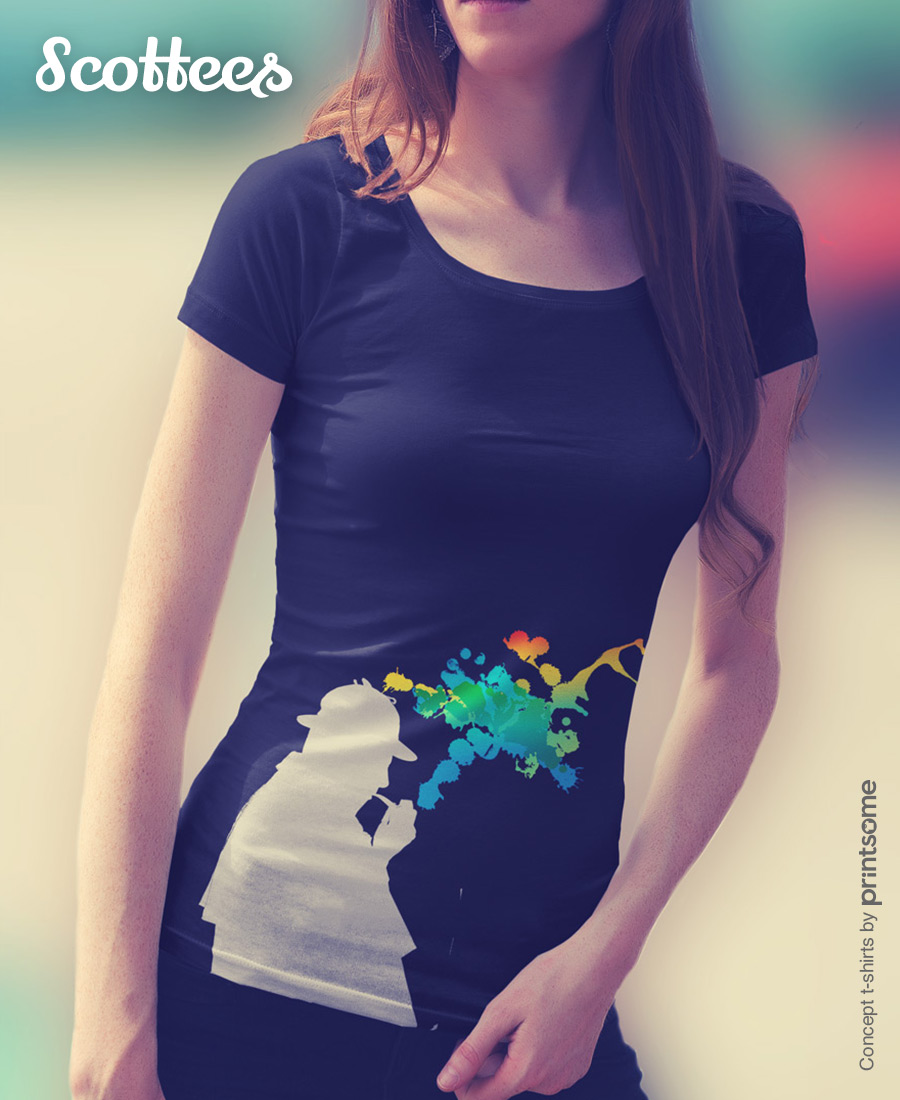 Sherlock Holmes may live further south in London on Baker Street, but he was dreamed up by Edinburgh-born Sir Arthur Conan Doyle. Today, there are still plenty of stories being told about Mr. Holmes, including board games, comics, films, songs, plays and television programs.

The famous detective was based on Dr. Joseph Bell, a lecturer at the University of Edinburgh’s medical school. Ah, yes, we forgot to mention — on top of creating one of the most beloved literary characters of all time, Doyle also had a career in medicine, as well as a stint as a footballer and cricketer, making him nearly as talented as Sherlock himself. 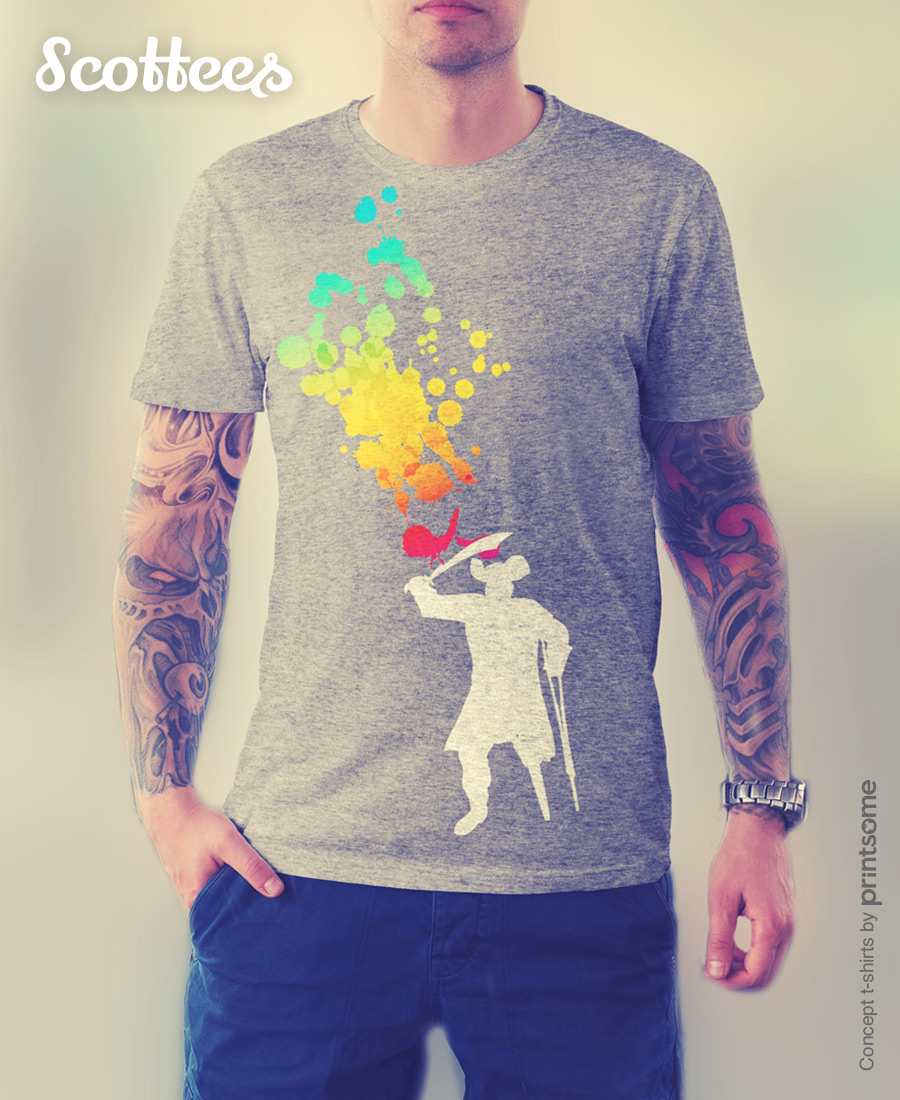 Pirate Long John Silver is the main villain in Robert Louis Stevenson’s work Treasure Island. He starts out as the quartermaster under Captain Flint, and when we’re first introduced to him he seems friendly and likeable, only to reveal his true colours as the plot unfolds.

Like Sherlock Holmes, Long John Silver is English, but his creator is Scotsman Robert Louis Stevenson (also born in Edinburgh). He also wrote The Strange Case of Dr. Jekyll and Mr. Hyde, and is one of the 26 most-translated authors in the entire world. 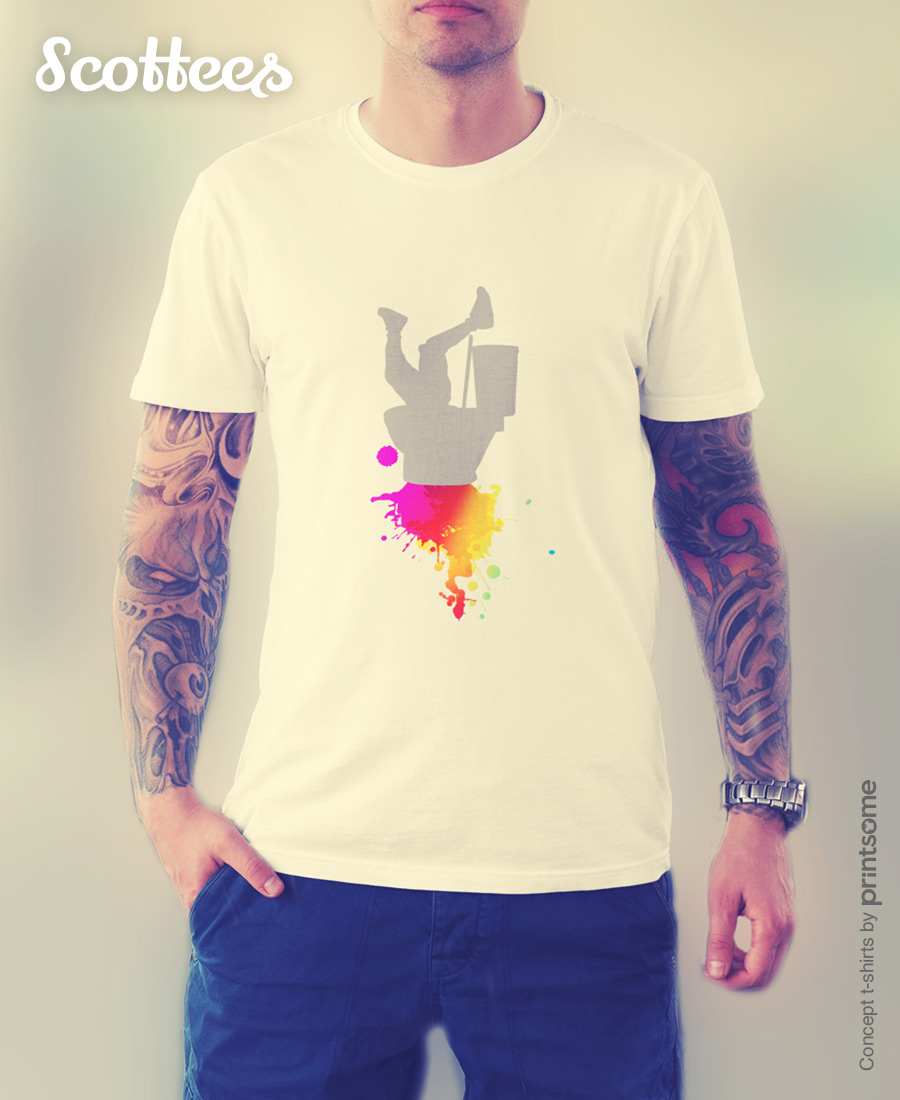 Played to perfection by Ewan McGregor in the film adaptation of Irvine Welsh’s book, drug addict Mark ‘rent-boy’ Renton is desperate to get off the ‘scag’ and make a life for himself. What would a series of Scottish t-shirts be without this famous toilet scene.

Author Irvine Welsh is also from Edinburgh himself, and he often depicts the rough side of the city in his works, which range from short stories to scripts and plays.

Which one of our T-shirts paying homage to Scotland’s most famous fictional creatures and characters do you like best? Let us know by leaving a comment below!

Don’t forget to check out our other T-shirt designs inspired by U.K. locations either. Which place should we feature next? Let us know in the comments below or reach us via any of our social media networks.

In the meantime, keep reading the Printsome Blog for more awesome content.

Printsome is a creative t-shirt printing agency delivering across the UK, personalising t-shirts from London to Glasgow and everywhere in between. For a quick chat about t-shirt printing ideas, just get in touch!