Cold Enough to Freeze the Balls off a Brass Monkey

The time has come in our series of city t-shirts, to get creative about a city very dear to my heart, the not-so-sunny, spectacular port city of Southampton.

Southampton, known for being the port where Titanic sailed from (though Leonardo Dicaprio has never actually set foot there to my knowledge), and arguably the inventors of the hovercraft, Southampton is best known for its nautical connections. The local ferry between the New Forest town of Hythe and Southampton City was even used in one of the World War if my memory serves me well, and Hythe pier has the oldest pier train in the world. They have sea scouts and are regularly visited by the world’s most impressive ships, such as the Queen Mary II and the Queen Elizabeth II (known to locals as the QE2).

So what better theme than a nautical clothing brand to represent this southern coastal city? We’re talking ropes, anchors, compasses and general sailor goodness, mixed in with some fantastic expressions born at sea. In terms of the naming of this t-shirt brand, after reading this excellent watery article by phrases.co.uk, we couldn’t help but call our brand CANOE (Committee to Ascribe a Naval Origin to Everything) – which supposedly doesn’t exist, though sounds like a wonderful commitee to me.

An expression that’s not too tricky to determine the original meaning of this one. It’s not a British English expression, as it originates from US World War II propaganda, but we love it anyway. 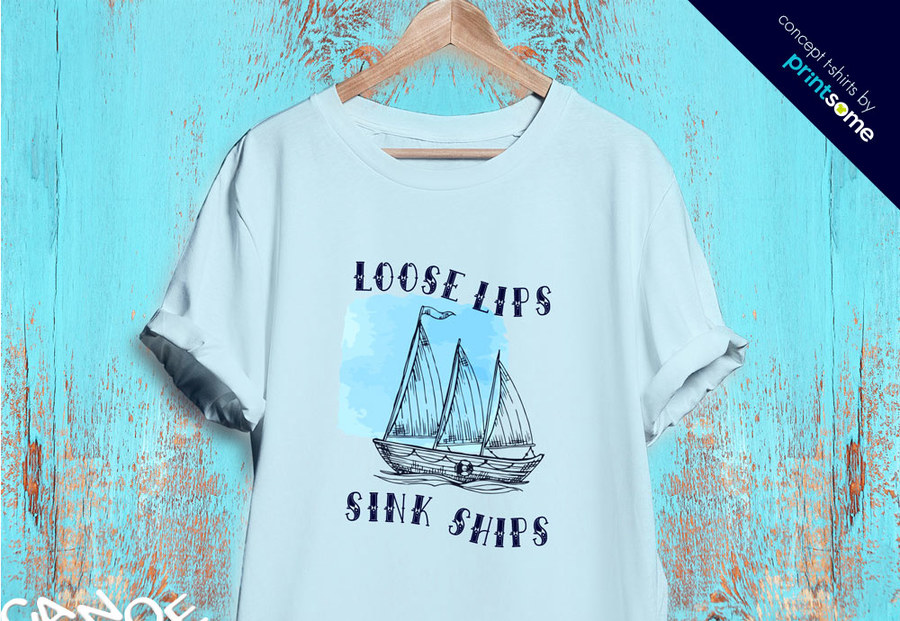 A fantastic way to make money nautical. Push the boat out refers to spending more than you would normally, particularly on a special occasion, such as to celebrate something, or throw a party. You can literally imagine a load of drunken sailors physically pushing boats out full of merry men. 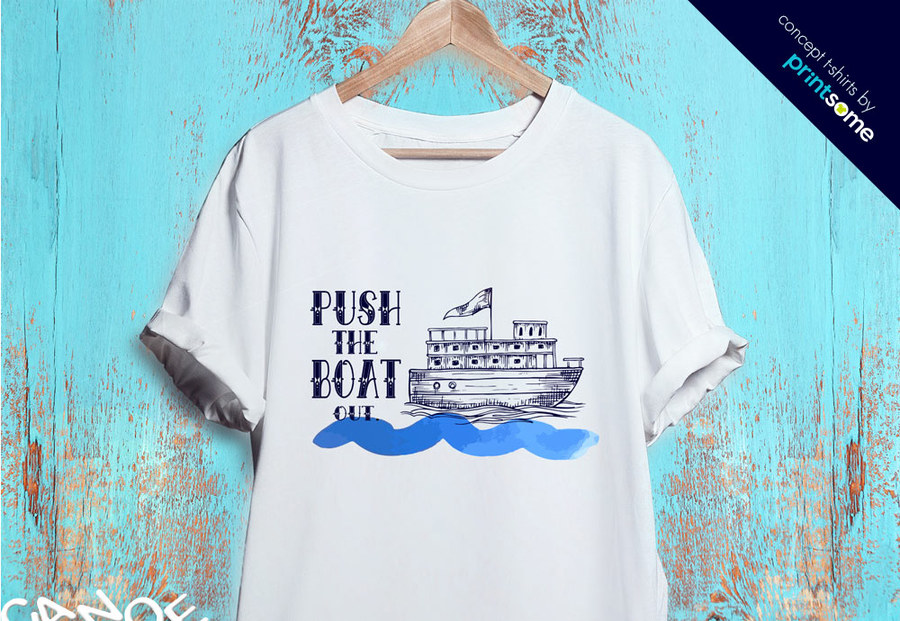 Need an expression that can convey both fear and awe all at the same time? Perhaps one of the most well-known of naval expressions on this list, and habitually attributed to pirates, shiver my timbers (shiver me timbers), refers to the wooden structures on ships. Imagine the whole ship shaking in response to some rather alarming news and there you have it. 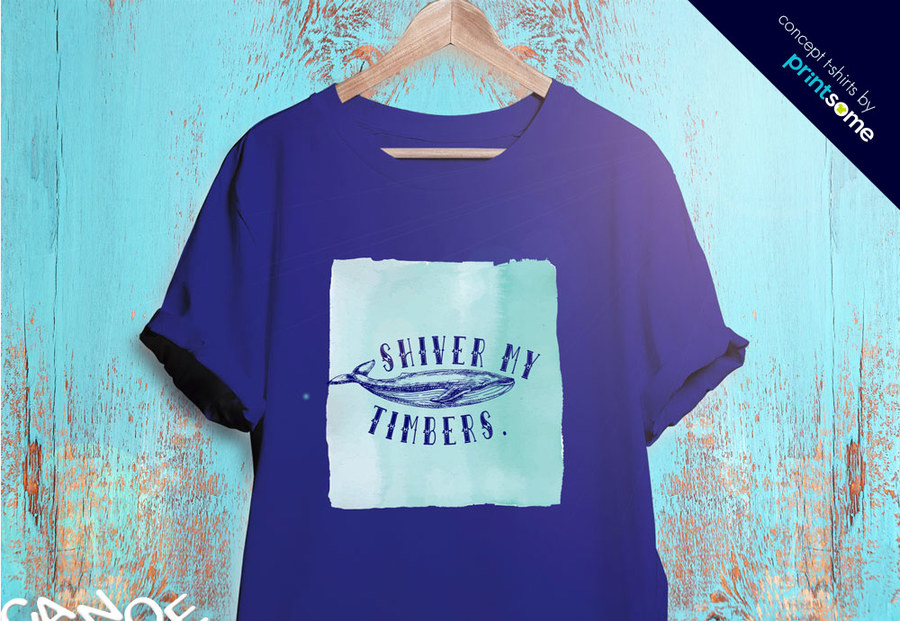 4# Three sheets to the wind.

You could guess this one, if you don’t already know it you might be wrong. Three sheets to the wind is another excellent example of an idiom that comes from something extremely graphic, where sheets does not refer to sails as you might expect, but the ropes tying them down. When not fixed securely, this causes everything to flap around uncontrollably, hence the meaning of the expression denoting drunkenness. One sheet would have been enough, but the expression really wants it to hit home exactly how drunk the person was… 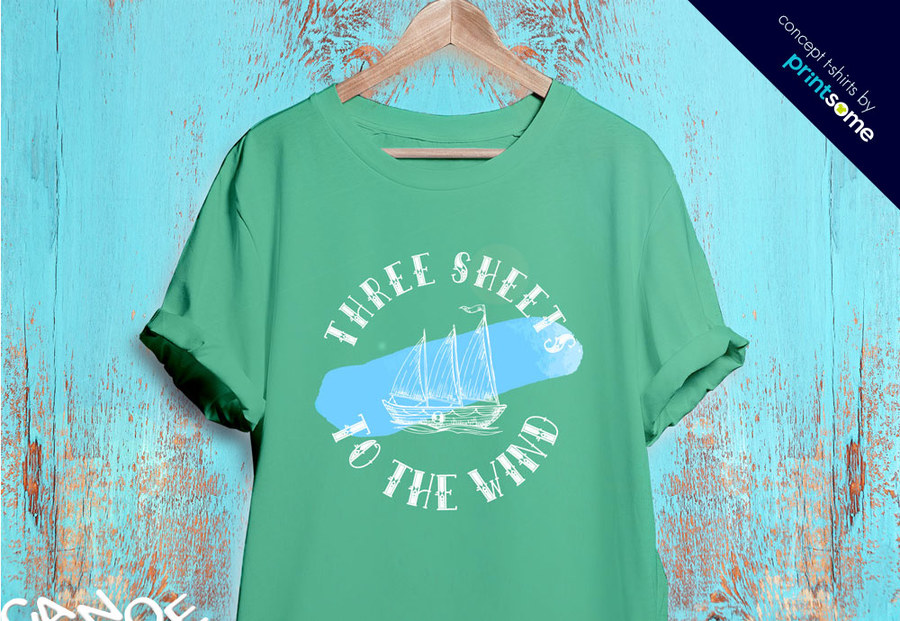 You may have decided to cut and run from as far back as the 1700s, this being an idiom referring quite logically to the cutting of ropes of a ship in the case of an emergency and literally getting the hell outta there. 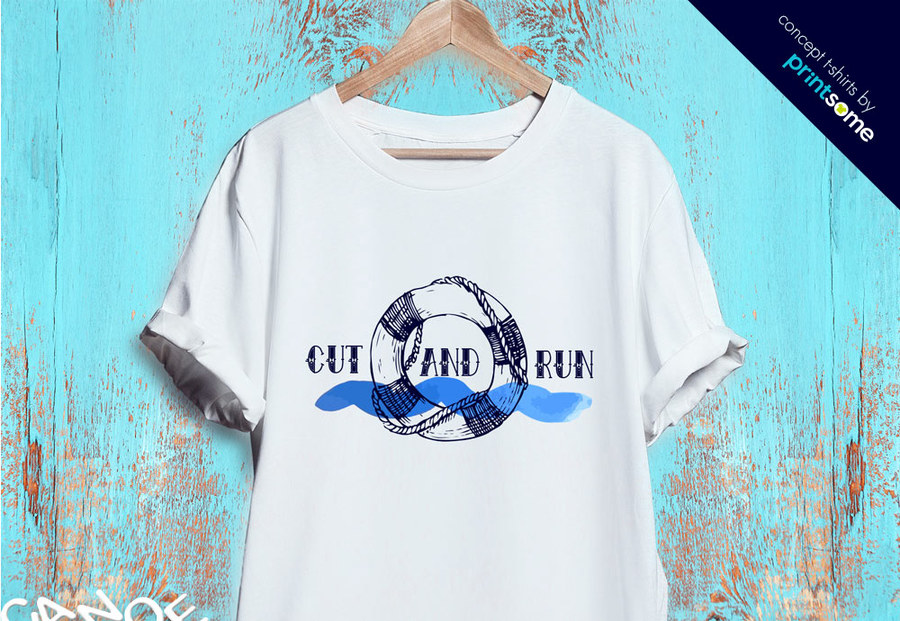 When you’re three sheets to the wind, you are most likely to also be a loose cannon, depending on your intoxicated persona. In the days of sail, a great deal of care was taken to ensure that the ships’ cannons were rigged correctly to optimise their function in case of attack and to avoid casualties. But, occasionally they came loose, hence the expression referring to a person who may cause embarrassment, or jeopardise the safety of other under their care or management. 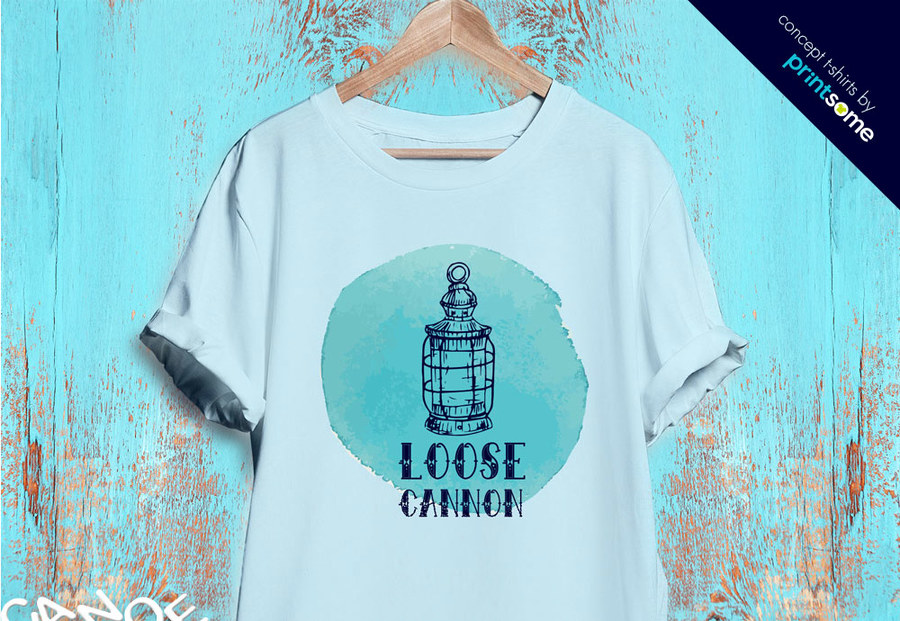 One of my personal favourites, since it’s one of the idioms with the most character, stories and variations. Both encouraging and sarcastic depending on how you say it, I bet you’ve never really thought about what it really means when someone calls you the son of a gun… Well, it actually has different cited meanings. Some say that it refers to the children born of women on naval vessels, who were forced to give birth literally, between guns, or for children for whom their paternity was unclear, hence simply being son of ‘a gun.’ Either way, the onomatopoeia rocks. 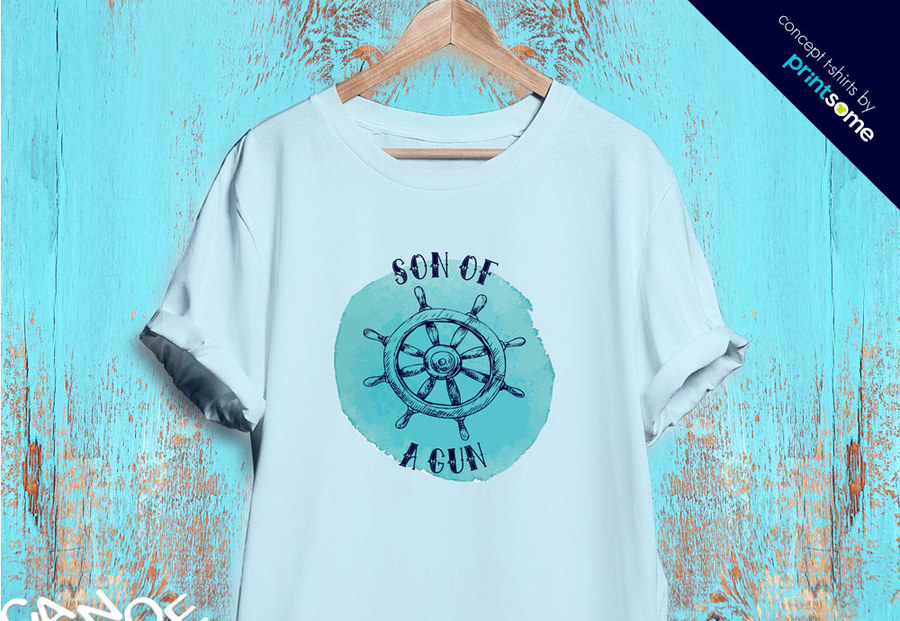 When you heard your mum or dad say panic stations, you perhaps didn’t take it as an order as they once did in the navy, but it creates a similar chaos to that of saying ‘walkies’ in front of an over enthusiastic dog. The fun thing, is that it’s often said out of comic effect, causing everyone to go bonkers. If you want to know how panic stations is connected to hallucinogens, and you’re up for a good little story, you should definitely read this article. 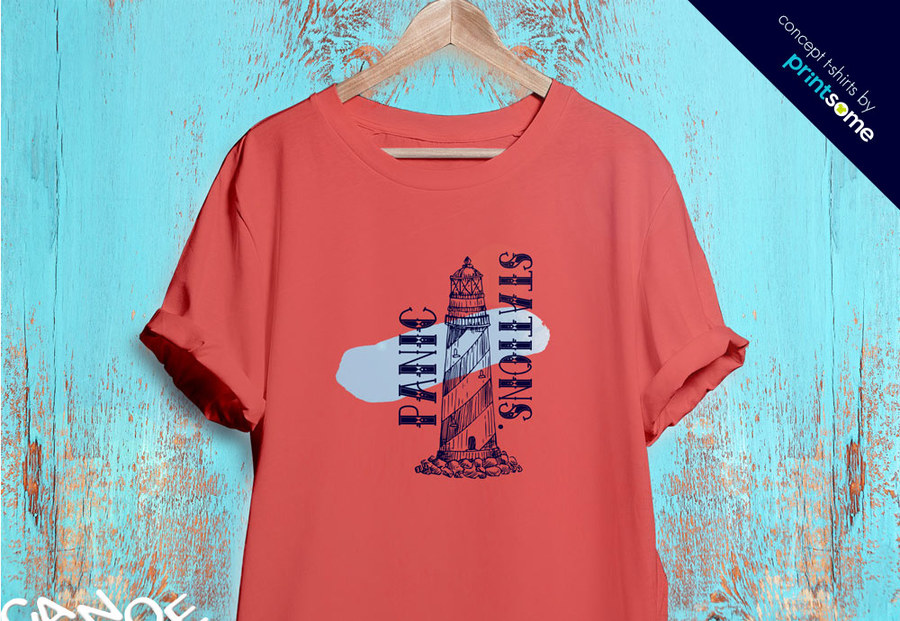 9# Batten down the hatches.

When all else fails, you’re three sheets to the wind, with loose cannons everywhere and it’s all panic stations, there’s nothing much left you can do than to batten down the hatches and hope that everything will be alright. 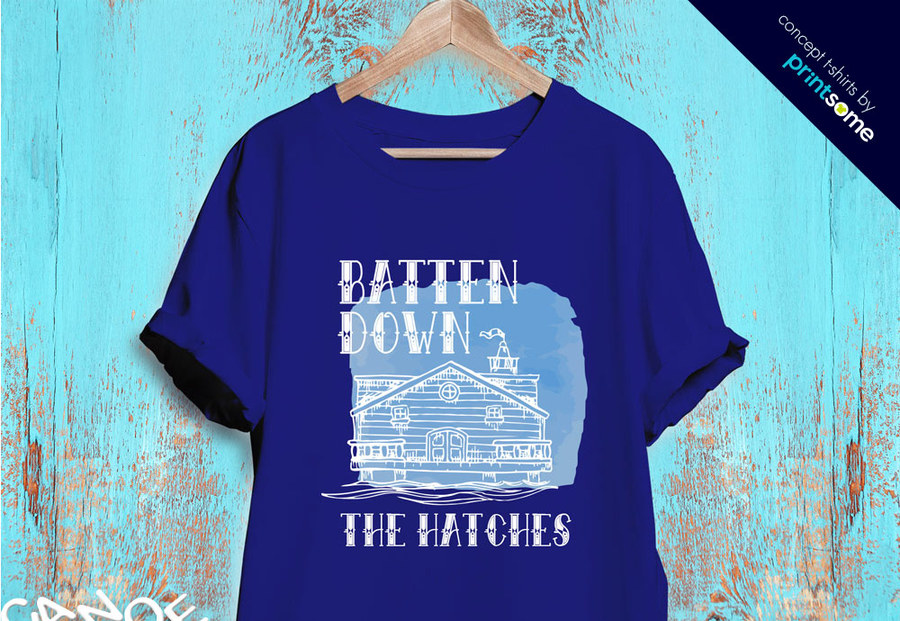 Whilst Southampton can be cold enough to freeze the balls off a brass monkey, and is certainly not a POSH place, despite the common stereotypes of southerners, it does have a certain charm about it. If you similarly have some fun stories about the city, or a clothing brand from the area, we’d love to hear from you.

Printsome is a t-shirt printing agency offering printed t-shirts in Cardiff and custom t-shirts in Dundee, as well as everywhere else in between. For a quick quote or even some advice on personalised clothing, get in touch!

What is screen printing? The Ultimate Guide for T-shirt Printing [2019]

Why digital marketing needs lean UX to be successful