“I hear they dropped an atomic bomb on Swindon. About fifteen quid’s worth of damage,” quipped David Brent at a classically inappropriate moment to the Swindon team.

Of course, this only happened in an episode of the The Office, but as anybody who’s spent any time in the English town knows, there are plenty of jokes made about it. But before you think that’s where we’re headed with this (fictional) T-shirt line, here are a few fun facts about Swindon that you probably didn’t know:

Yes, we’re talking about the Magic Roundabout. This terrifying piece of road created by traffic engineer Frank Blackmore consists of seven small roundabouts arranged around a large one. And yet, this is still considered only the fourth scariest junction in the country.

It’s also our jumping-off point for our new line of T-shirts, which are all inspired by actual road signs around the UK. Good luck to you if you encounter any of these while driving!

(P.S. if you want to get these tees made into real ones, call us up and we’ll help you out with all your T-shirt printing Swindon needs!).

Despite its terrifying appearance, the roundabout actually has a very good safety record. That’s because you can’t go very fast to cause any real damage. It’s also said to have better throughput of traffic. Maybe it really is magical! 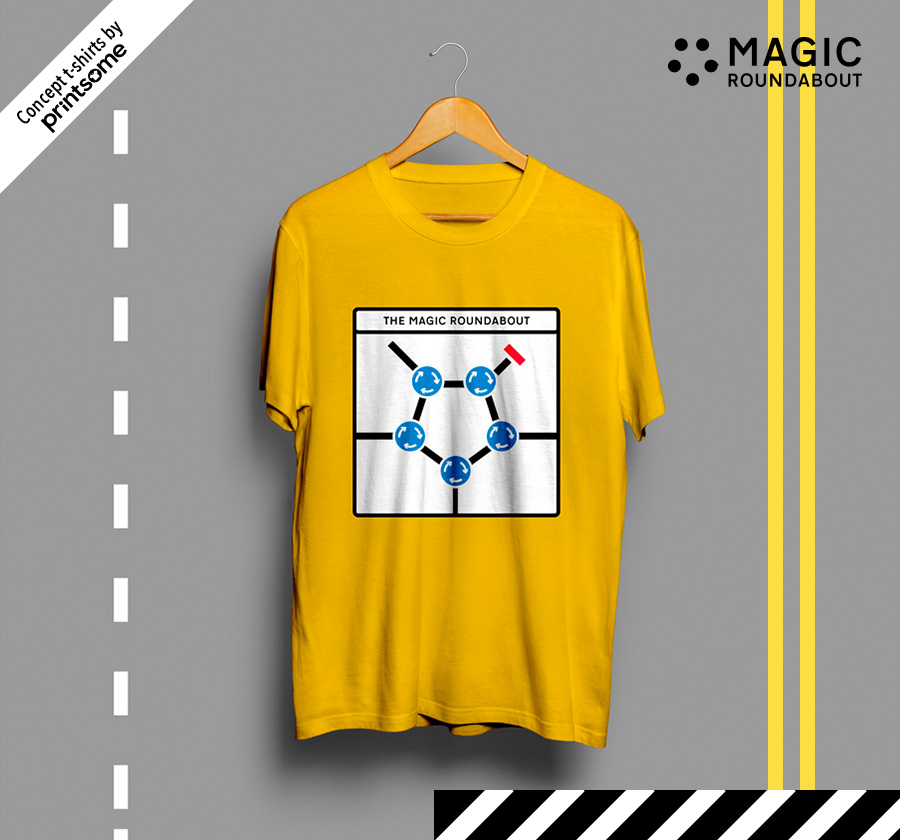 Best stay in the car

Is the person on this sign very small or is the bird very big? Don’t stick around too long to find out. 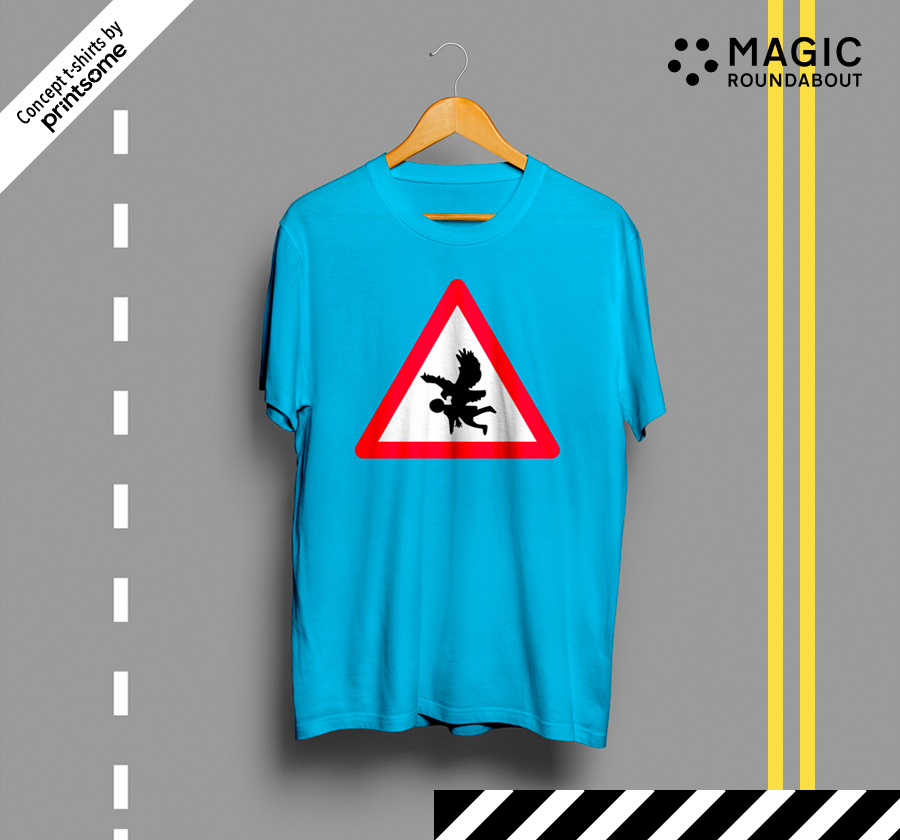 Don’t believe a word they say

We won’t be asking any of these furry folk for directions then. 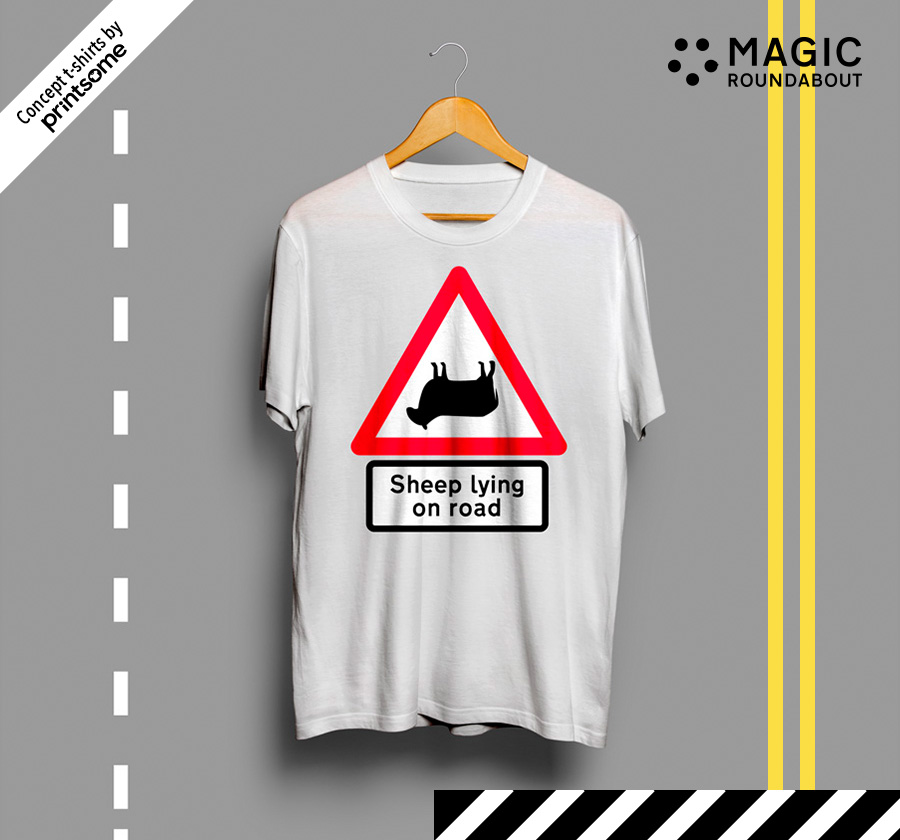 Shall we review the animals?

Something isn’t quite right here.

The bad news is Donald Trump will have his finger on the nuclear bomb button as of January 20, 2017. The good news is we know where to go now when things explode (literally)! 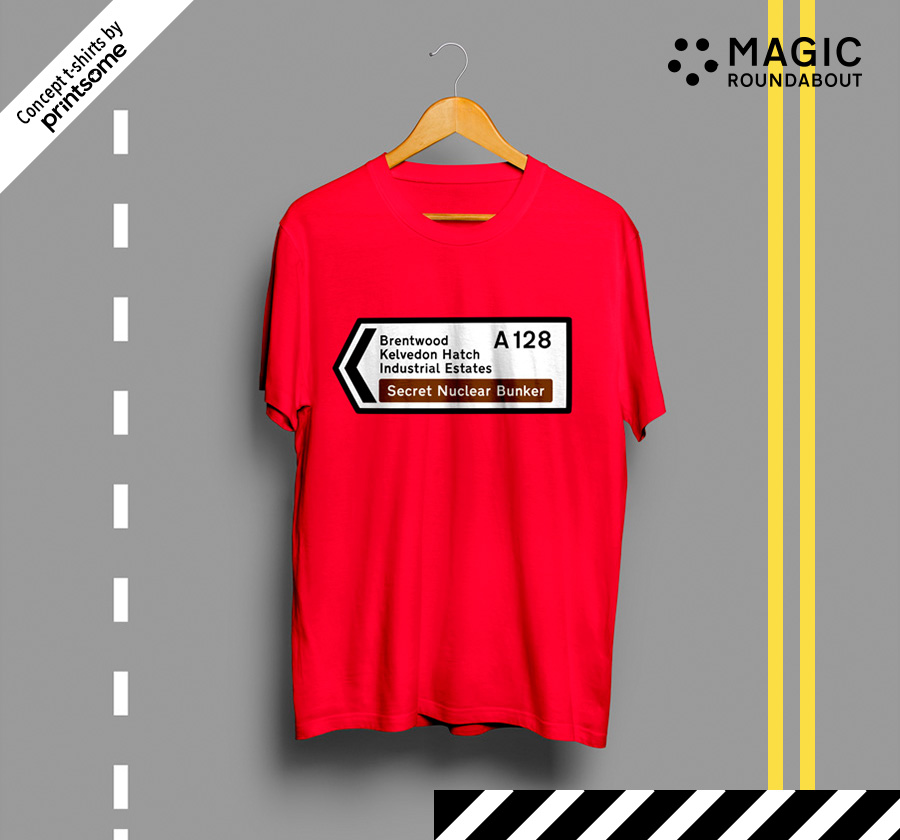 Editor’s note: Not so secret if it’s on a sign, now is it?

If you believe, clap your hands

Just so long as you’re not the driver. In that case, keep those paws firmly on the wheel. 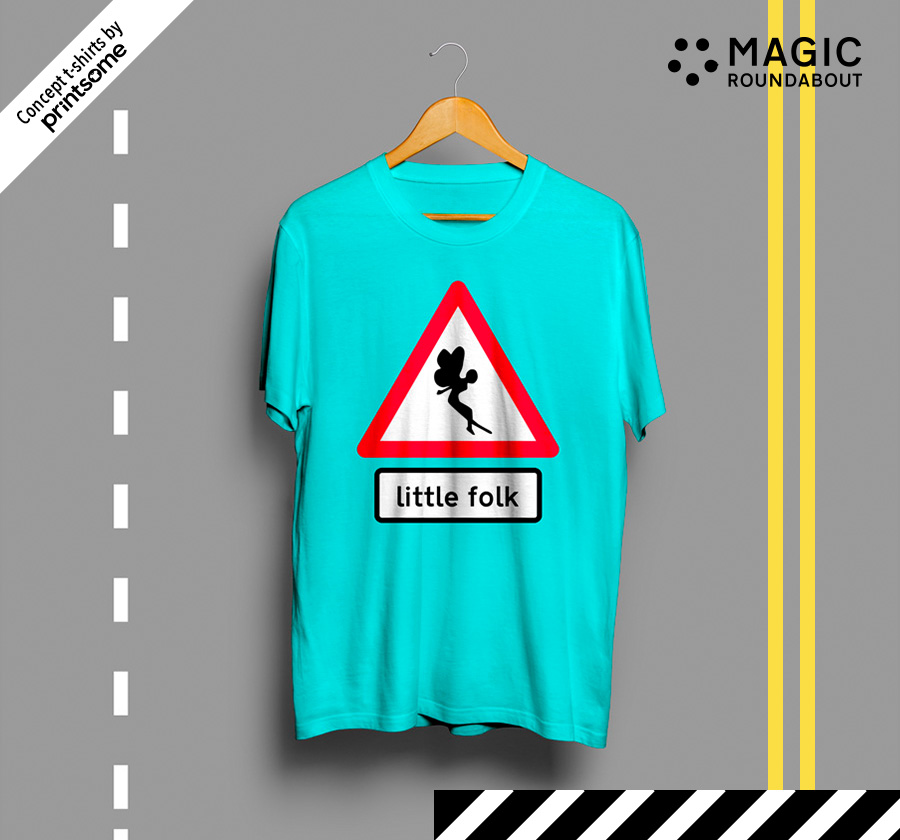 And it’s quite clear who’s responsible. 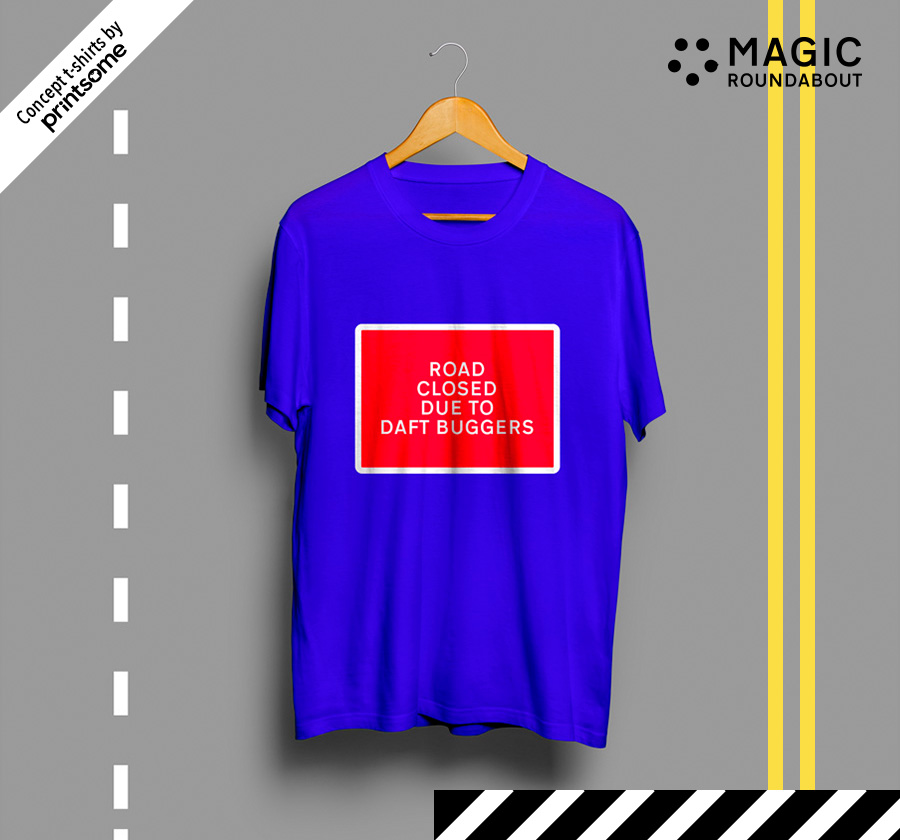 Do you know what this one means?

We honestly had to look it up; it means no vehicles carrying explosives — or a car celebrating the Chinese New Year. 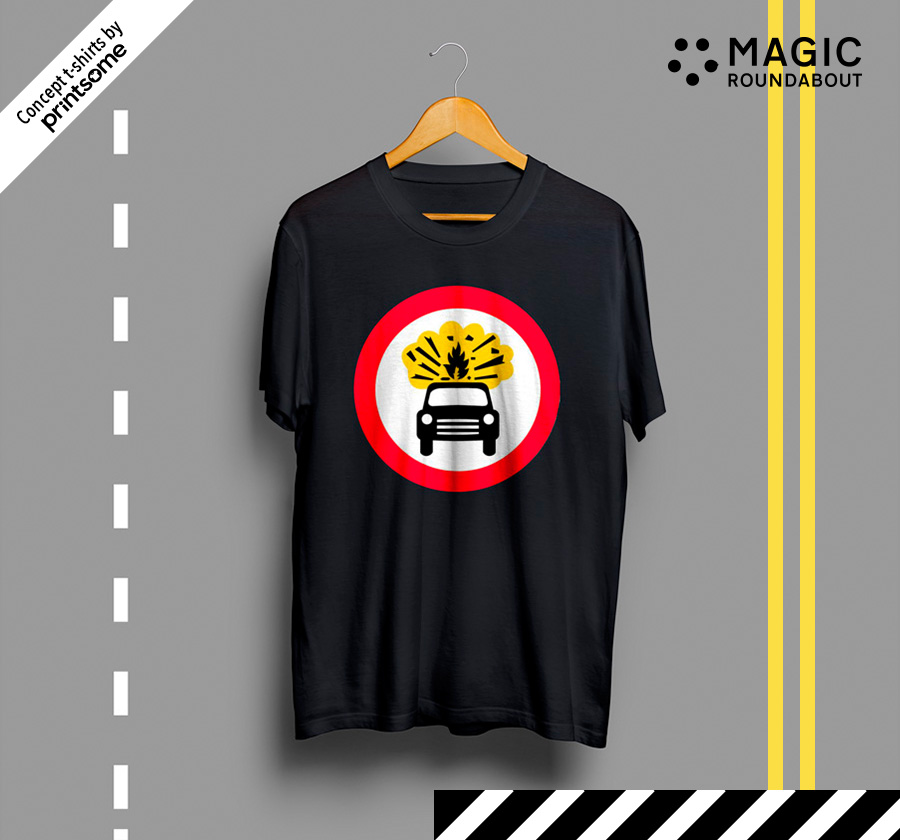 After everything that’s happened this year, we aren’t too sorry that 2016 is coming to an end. 2017, let’s hope things start looking up!

Road signs not your cup of tea? Then perhaps we can entice you with another one of our T-shirt lines. How would you like a spot of Glasgow, a bit of Bristol or even a little London?

We’re a T-shirt printing agency in the UK based in London, delivering from Hull to Canterbury. We love writing about t-shirts, but also about creative marketing.