I don’t know about you, but my time in college involved going to the many different events and activities organised by the different university associations. It wasn’t so much that my geeky side was fighting to come out (because how hot would that be?), nor was it for wonderfully bland college-style food. It was mostly for the two most attention-grabbing and capitalised words that were so often accentuated by an explosive-star border and bold font on the flyers handed out at these events: “FREE T-SHIRTS!”

The point is that T-shirts are often a popular way to promote an event or market a brand, and for good reason; the versatility and practicality of T-shirts provide a major lure. I’ve lost count of the number of T-shirts I’ve shamelessly taken from these events. I even happily grabbed one that was marked XXXL because they ran out of size Ms Despite its fading colours and gradually-thinning material, I continue to wear it as a pyjama at home to this day (more than five years after graduation), much to the chagrin of my mother, who are simply dying to turn it into a washcloth! Sorry, mum!

It’s for this reason that T-shirts have become the staple part of online contests for clothing brands looking to garner some traffic and attention. For any online contest to succeed, you’ve got to get people talking about it and for that to happen, it’s got to fulfil at least these three criteria:

Take a look at how some of the top players in the clothing industry have used online contests to build hype and attention for their brands:

It’s simple and straightforward enough. By encouraging designs, it promotes creativity and it gains hype by involving the social community as judges of your design. At the end of it, the winner gets cash, prizes and recognition for his/her work! 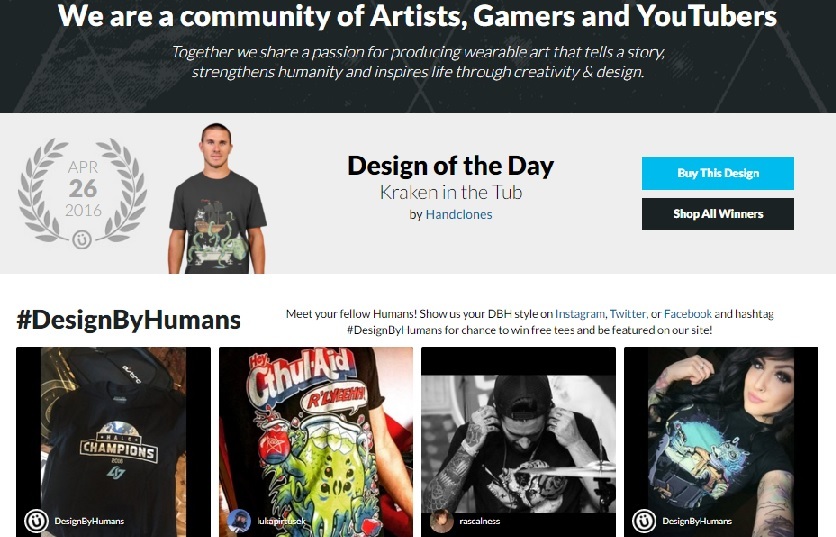 Another straightforward design contest. It’s common, but it works! DBH even encourages their designers to share their styles on social media with a simple hashtag. Their reward? Free T-shirts and a feature on their site! With over 33,000 followers on Twitter and 15,000 on Instagram, that sure is a great lure for budding designers who want to gain some recognition.

But it needn’t and sometimes shouldn’t be all about designing. For those like me where creative juices coagulate at the thought of having to draw even a seemingly *cough* “simple” stickman, contests with other requirements can be much more appealing. As a clothing brand, here are some other ways you can consider to draw in the crowds!

An example of this would be one that we at Printsome are currently running:

Get £50 voucher to spend on custom hoodies! RT+Follow to join the #competition! https://t.co/0kdsRGoosc #giveaway pic.twitter.com/jmYfSJW3po

No designing required to win, whew! All people would need to do is to spread the word to win! Retweeting a T-shirt design or a current promotion, sharing it on Facebook and following you on social media are all that’s required. It draws traffic to your social media accounts and in turn, your brand! It’s so easy for contestants – the chance to win is just a few mouse clicks away!

Put up a few designs of your merchandise and have people vote on what their favourite one is to get an opportunity to win anything from a free T-shirt to a voucher to spend at your store to a chance at designing their very own T-shirts and getting featured! This promotes interaction and is also a great way to gather some feedback on your products! Plus, it’s extremely easy to get it up and running on Facebook or even your blog. Once voted, the activity is automatically posted on their Facebook profiles with an invitation for friends and families to take part – a great way to spread the word!

One advantage of this is that it’s accessible with all smartphones, with which even the most amateur photographers could snap National Geographic-like photos! Simply create a theme – party, wildlife, city life or anything and get it going! It could be as simple as – “submit a photo of yourself in your favourite T-shirt in a creative pose”. A picture speaks a thousand words – you don’t need to write an essay to win like some contests require! To judge, you could, within your company, pick a few you like and share those shortlisted photos on Facebook/Twitter. And very simply and obviously, the photo with the most shares/retweets wins! 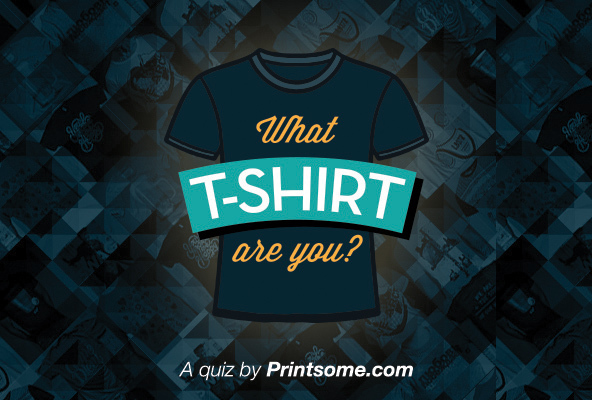 This is a fantastic way to gain awareness for your brand and is doubly-effective when paired with any ongoing promotions. You could ask anything from “what’s the code to the current promotion we’re running?” to “when’s the closing date for submission of our contest?” Repetition is an important feature to making anything stick and this sure proves to be an efficient way to drill your promotion details into contestants!

What do you think of these suggestions? Have a shot at these ideas and let us know how it went! We’d love to hear your feedback especially if you’ve tried one of these methods before! Do you have other thoughts on how to promote a new clothing brand on the digital platform? Do let us know!

Printsome is a clothing printing agency in the UK based in London that delivers all across the UK, from printing T-shirts in Brighton to York and anywhere in between. So, if you’re after a T-shirt or custom clothing, get in touch for a quote and indulge yourself in some awesome customer service.