Some people have a lot of time on their hands. Either that or their love for T-shirts drive them to set a Guinness World Record. Whatever the case may be, we’ve put together a list of funny, interesting and sometimes just plain weird world records that involve personalised T-shirts. Enjoy!

How many T-shirts can be worn at once?

50, 100, 150? According to the Guinness World Records the most t-shirts anyone has managed to get over their head and onto their body is 257! This amazing record was achieved by Sanath Bandara of Sri Lanka, on 22 December 2011, when he performed this feat in front of an audience in a public park in Colombo. 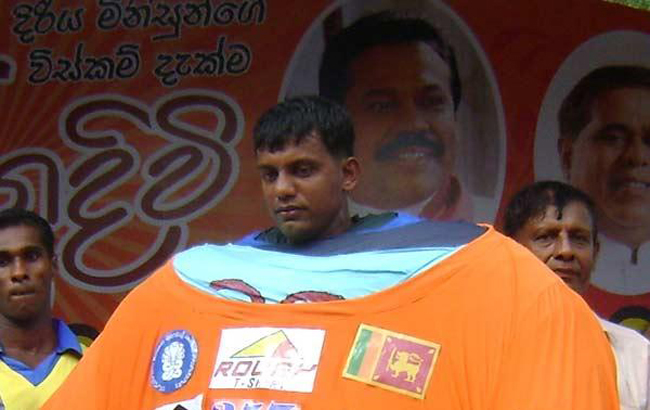 Sanath was a victim of the bombing that took place in Sri Lanka in 2008 when 15 people were killed by a suicide bomber at the beginning of a marathon. After the experience, Sanath decided to try break several world records. This has been his greatest achievement so far. It took him 1 hour, 7 minutes and 3 seconds to put the 257 t-shirts on.

Most T-Shirts Put On In One Minute

Jamie Matter from the US achieved this record by putting on 25 t-shirts in one minute.

Fastest Time To Remove A T-Shirt

From putting them on to taking them off. In January 2014 Viktor O. of the US took his t-shirt off at the lightning speed of 0.47 seconds. Not bad if you’re in a hurry to get into bed!

The most people folding t-shirts

On 28 March 2015 Liouguei District Office Kaohsiung City, in Taipei, Chinese Taipei, gained the world record for the largest number of people to fold a t-shirt simultaneously. All 1000 of them folded a t-shirt (as it would be done in a retail store) at the same time. Afterwards, all the t-shirts were distributed to elderly people living alone and vulnerable households.

To raise money for breast cancer, in 2014 Brazilian t-shirt company Equilibrios Camisetas Promocionals made the biggest t-shirt ever. It was 93.2m long and 62.73m wide and weighed 4,500kg. Designed in the pink brand colour of Breast Cancer Awareness, the t-shirt was made of 50 percent cotton and 50 percent material recycled from PET bottles. It took a team of 64 people 11,000 hours to assemble the t-shirt and it had to be specially transported to its launch site in Navegantes, Brazil by 73 people. The giant t-shirt could cover three full-size football pitches. 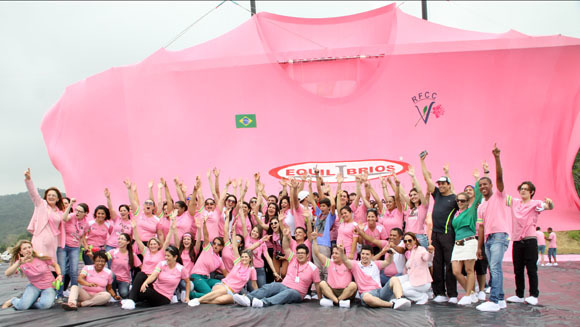 After the unveiling and achievement of the world record, the T-shirt was recycled by being split into 10,000 standard size t-shirts which were sold as limited editions. All proceeds went to charity.

The most expensive Football Shirt

Considered to be the highest sale t-shirt ever, Pelé’s football shirt sold for an incredible £157,750 at Christie’s auction rooms in London in January 2002. Why was it so special? It was shirt worn by Pelé in the 1970 world cup final when Brazil won 4-1 in Mexico. The first goal in the game was scored by Pelé. The number 10 shirt was sold by Roberto Rosato, who had swapped shirts with Pelé after the match. A very smart move on Rosato’s part! 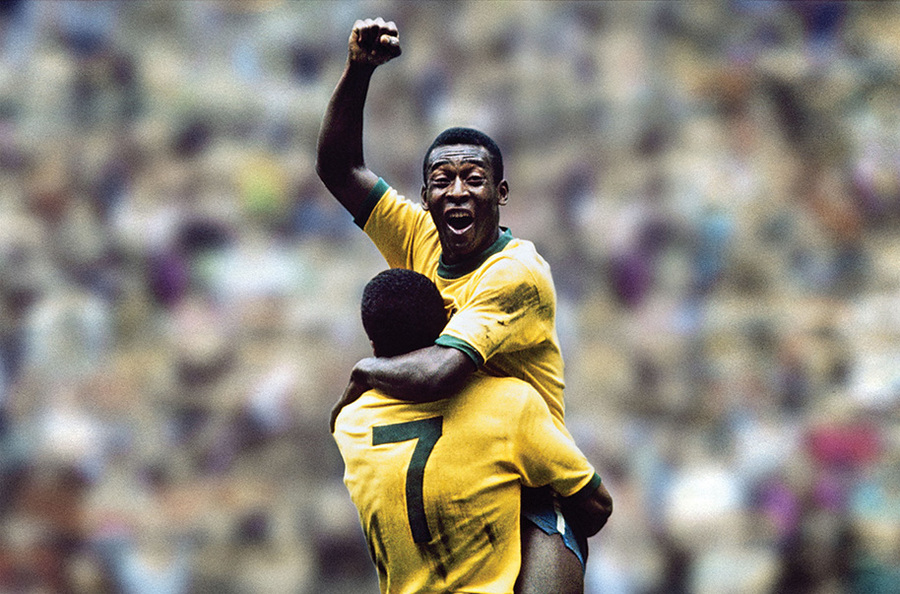 Other high price ticket football shirts include Geoff Hurst’s, for £90,000 from England’s world cup victory in 1966 when Hurst scored his famous hat-trick against Germany, and Bobby Moore’s, for £40,000, worn in the 1970 World Cup when England beat Romania 1-0 in the opening game.

The most people turning their T-shirts inside out

In November 2015 employees from Intel Arizona in the US won the world record for the most people to turn their T-shirts inside out. 614 people met the challenge which was held to demonstrate Intel workers were good both on the inside and outside.

The most T-shirts worn consecutively

National Basketball Association legend and statistician, the late Harvey Pollack set the record for wearing different T-shirts consecutively for 3,420 days. Every day Pollack wore a different T-shirt and recorded their details in an Excel spreadsheet: their colour, style and date worn. Each unworn T-shirt was kept in one room of his home, and the worn ones in another. 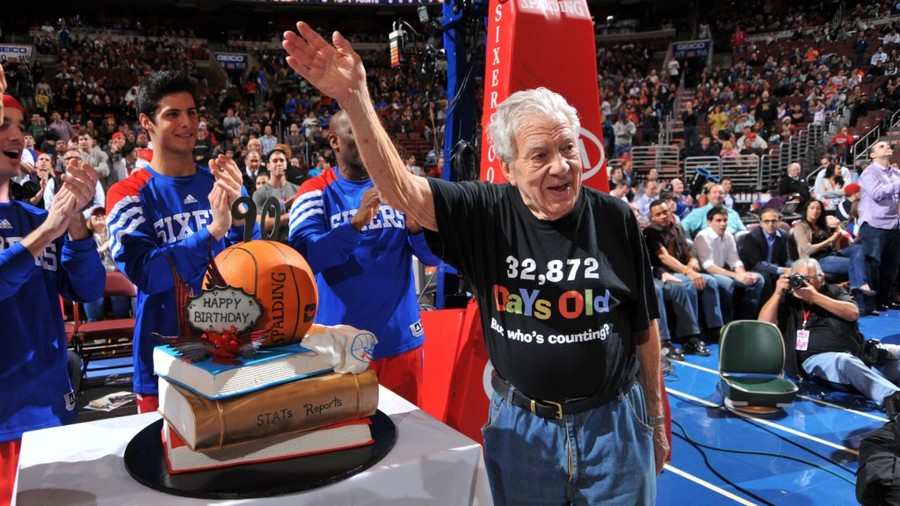 We’re not quite sure why anyone would want to do this as it was surely very messy and uncomfortable, but in March 2011 George Booth stuffed 185 hot dogs down his t-shirt. This record was achieved in 30 seconds and performed on the Late Night with Jimmy Fallon show in New York.

Do you know of any weird world record involving t-shirts that we didn’t cover? Or maybe you’re trying to set your very own t-shirt record. Please, let us know in the comments below or drop us a message on any of our social media profiles. In the meantime, keep reading the Printsome Blog for more awesome content.

Thanks to our five years of experience in the apparel-printing industry, we are able to offer a service catered towards the needs of designers and creative directors. Printsome’s apparel-printing services are perfect for streetwear collections, T-shirt lines and merchandise, among many other possibilities.

From the moment you get in touch, one of our ‘printing experts’ will answer all of your questions and find efficient solutions to your needs. It is our mission to help your career flourish. Thanks to high-quality garments and cutting-edge printing techniques, we can produce almost any design. Printing T-shirts has never been this easy.

Why worry about inventory or logistics when we can take care of that? We deal with the boring stuff so you have more time to do what you love. To find out more, simply visit our website by clicking on the banner below.