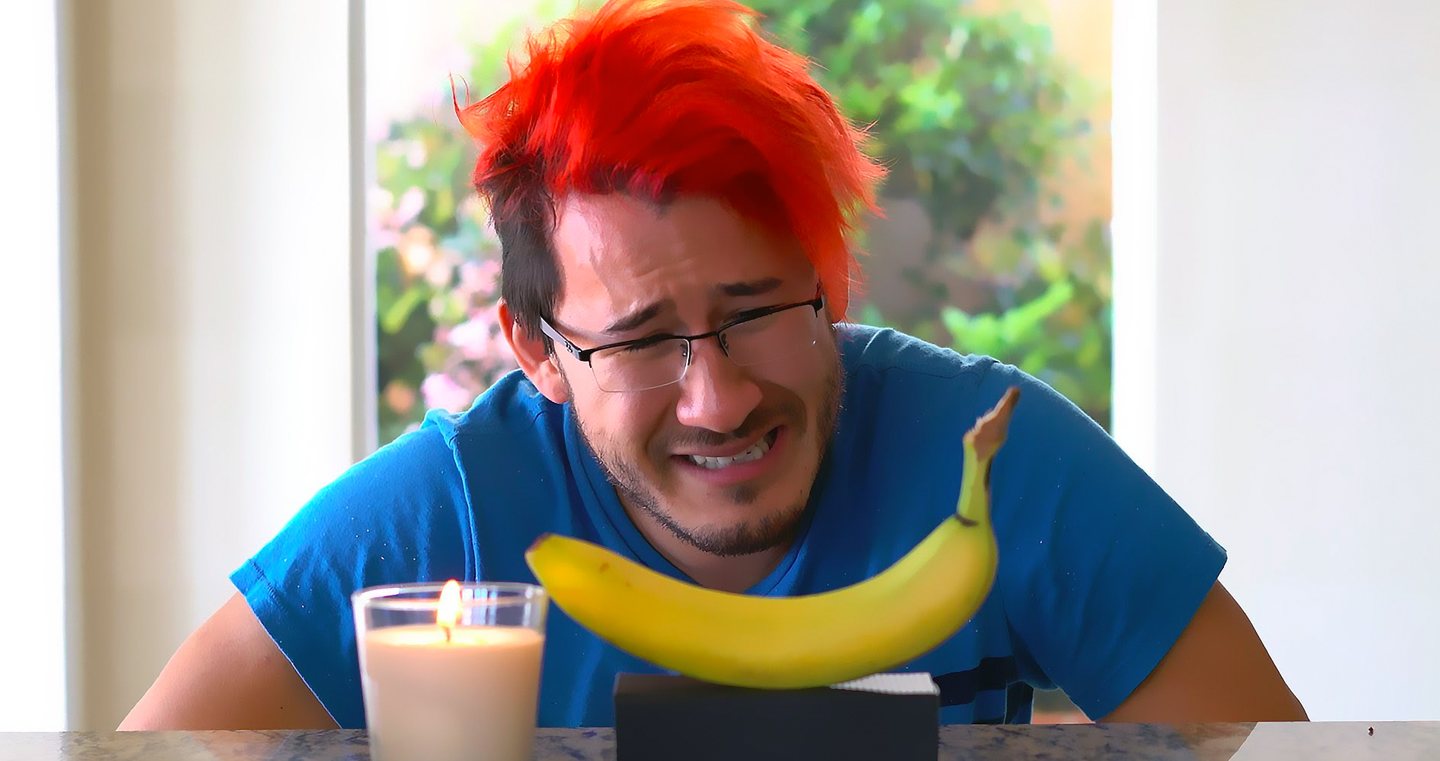 If you’re venturing into the world of the video platform as a creator or the manager of a future famous YouTuber then you should be well versed in the type of content that gets the most views on the website.

Note: Also, you may already know this, but selling merchandise is one of the best ways to monetize a Youtube channel. If you want to find out more, we can help you get started on selling your own branded wear.

Much like Nigella teaches us to make that perfect Squid Spaghetti, these channels show recipes step by step. The only difference is that on YouTube they’re allowed a bit more creativity.

A perfect example is ‘You suck at cooking’ — that’s the name of the channel; I’m not trying to tell you anything — is not your average cooking channel. They do simple recipes but don’t take themselves too seriously and do it through humour.

If you’re in a relationship and people say you’re the cutest couple ever, then chances are that you have what it takes to make a successful couples vlog. Relying on what made #CoupleGoals successful in the first place, this kind of videos want you to feel all fuzzy inside.

One of the most adorable couples on YouTube right now is Carrie Hope Fletcher and Pete Bucknall. They both love music and Disney. If that’s not a recipe for cute then I don’t know what is.

Other couples on YouTube: MisteryGuitarMan, The Nive Nulls, Shep689.

It is no secret that YouTube has been a trampoline for musical acts like Justin Bieber and Panic! at the Disco which is why many musicians flock to the video platform in hopes to become famous.

And one of the most common ways to get themselves known is by performing covers. With over 4 million subscribers, English singer Conor Maynard is one of the most famous YouTube musicians at the moment.

Much like the educational videos, these are meant to give tools to the viewer instead of entertain. But rather than teaching a particular subject, self-improvement is aimed at making someone’s life better through self-knowledge.

School of Life is my favourite self-improvement channel. Through short animated videos, they tackle complex issues from self-love to how to handle depression. The quality of the production shows the potential of YouTube that only a few explore.

YouTube is the perfect place for parodies and many have noticed. To various degrees of success, several channels have tried to profit from it, but few have done it gracefully.

While YouTube makes it possible for anyone to create and publish their content, it doesn’t mean that it’s impervious to the vices of mainstream media like celebrity gossip.

Nicki Swift is probably one of the best since their videos are not as ‘tabloidy’ as others. One of their most popular formats is ‘Why Hollywood won’t cast…. anymore.’ Because who doesn’t like to find out about the demise of the rich and famous? I mean, the Germans didn’t invent the word Schadenfreude for nothing.

I dare you not to at least smile while watching the video below. They’re cute, they’re funny. What’s not to like?

Among the best, is the BBC ‘Funny Talking Animals’ series of short videos where they dub footage of animals with the voices of professional actors.

They seemed to have taken a second place to other videos, but for a while prank videos dominated YouTube. They range from silly practical jokes to controversial stunts.

Without a doubt, the most famous prank channel on YouTube is PrankVSPrank (PvP). The premise is simple, a couple that would prank each other and get it on film. Judging by the many years they did this, it is hard to believe that they were still able to fool each other towards the end, but it is still entertaining nonetheless.

Again, not much to say here. This is usually people showing their collections and explaining where the items come from.

One of my favourite collection videos ever is ‘Sh*t I do with SHOES’ from the famous drag queen Willam. In it, she goes through some of her favourite shoes and as you’d expect from the drag race alum, hilarity ensues.

People ask and YouTubers answer. This is one of the most popular ways for content creators to interact with their followers. Usually, they collect the question using another social media network like Twitter and/or Facebook and answer them all in a single video.

Jim Chapman is one of the frontrunners of the British YouTubers club. His videos go from comedy to style and they’re usually pulled off in an unpretentious and casual way.

English Simmer is better known for her The Sims ‘Let’s Plays’, but her ‘unboxing’ videos are quite popular as well due to her charisma and honest quirkiness.

Self-explanatory. These are videos created with the intent of educating on a particular subject.

CrashCourse is a great educational channel thanks to the various topics they cover (from world history to computer science) and the charismatic hosts they hire to conduct the videos.

These are pretty similar to the hauls with the difference being that instead of highlighting the things they bought during a shopping trip, it showcases their favourite items from an entire month. These are usually sponsored, but if you find a YouTuber that speaks to your niche then these might be worth it.

Tanya Burr (Jim Chapman’s girlfriend) is known for her monthly ‘favourites’ where she talks about makeup and fashion.

Memes and tags are very varied and they go from the silly ‘cinnamon challenge’ to the altruistic ‘ice-bucket’ one.

The ‘Draw my life’ videos are particularly refreshing because instead of some silly practical joke, YouTubers get to talk about their private lives creatively. Markiplier, better known for his gaming videos, created one of the best.

Loved by some and hated by others, haul videos are a YouTuber showing off all of the things they bought on their latest shopping spree. Well, the ‘buying’ part is debatable because when these people start getting enough views, brands give them stuff for free.

Zoe Elizabeth Sugg, better known as Zoella, is a British YouTube known for her hauls. Even though she has grown from content creator to full-on brand (her products include a full makeup line and novels which she may or may not write) she still sticks to the hauls that made her famous in the first place.

This can go from an improvised skit in someone’s living room to full-on productions that compete with the likes of Saturday Night Live.

Ryan Higa, better known as nigahiga, is a Hawaiian YouTuber who has become famous for his high-production comedy videos. He is even a member of the faux k-pop band BgA (boys generally Asian).

‘Why would you want to watch someone playing a video game when you could do it yourself?’

Is the question I often hear when the subject of gaming on YouTube is discussed. It’s not my job here to explain the phenomenon but to highlight just how popular it is. It’s so big that YouTube launched last year a separate site just for video game streams.

And to top it off, PewDiePie is the channel with the most amount of subscribers (54 million at the time of writing) and he mostly does ‘Let’s play videos.’ Not even the controversy regarding his questionable humour (that cost him a contract with Disney) knocked him off the spot.

Vlogs are blogs, but in video form (hence the ‘V’… duh). These are usually fun and snappy, but some YouTubers dare to delve into serious topics like mental disorders and physical abuse in romantic relationships.

Some of the most famous vlogs are those of YouTubers coming out of the closet; Ingrid Nilsen’s emotional confession is one of the latest to go viral. While these subjects are often trivialised and exploited, when they’re treated with the respect they deserve the result can be a powerful one.

Still, comedy seems to be the winner here which is why we’ve decided to highlight one of our favourites danisnotonfire; who along with his friend AmazingPhil have created their brand around their self-deprecating humour and references to obscure internet jokes.

Where would us bloggers be without the power of the ‘how-to’? The same thing applies to YouTube, as it now stands as the second most popular search engine in the world.

Some of the most popular how-to’s/tutorials include make-up, technical skills, software troubleshoots and… slime?

No, it’s not kitty videos. I was also surprised.

Pretty straightforward, product reviews are just that. A YouTuber talks about a product and what they think of it. The most popular ones are about technology, but they can be about anything really, from a movie to a restaurant.

One of the most popular channels at the moment is MKBHD run by Marques Brownlee who makes sick techie reviews.

Another channel that does techie reviews: Jonathan Morrison

Here at Printsome, we’ve always supported creative endeavours. Through our print on demand services, we are helping artists, entrepreneurs, designers and content creators who have their own T-shirt line.

We deal with all the inventory and logistics headaches so you have more time to do what you love.

No matter if you want to sell merch all over the UK, Europe or the rest of the world. We deliver anywhere. T-shirt drop shipping has never been this easy!

If you want to sell quality garments, Printsome’s Print on demand service is what you are looking for. Our garments are handpicked and thanks to our +6 years of experience in the T-shirt printing industry we ensure the highest print quality. You can take a look at our items here in our catalogue.

We make life easier for you. We don’t have minimum orders and can print any design with no colour limitations. From the moment you connect your online shop with our Shopify T-shirt fulfillment platform, anyone can buy one of your designs.

If you have any doubt, you can contact us here. Our friendly team of printing advisors will help you.