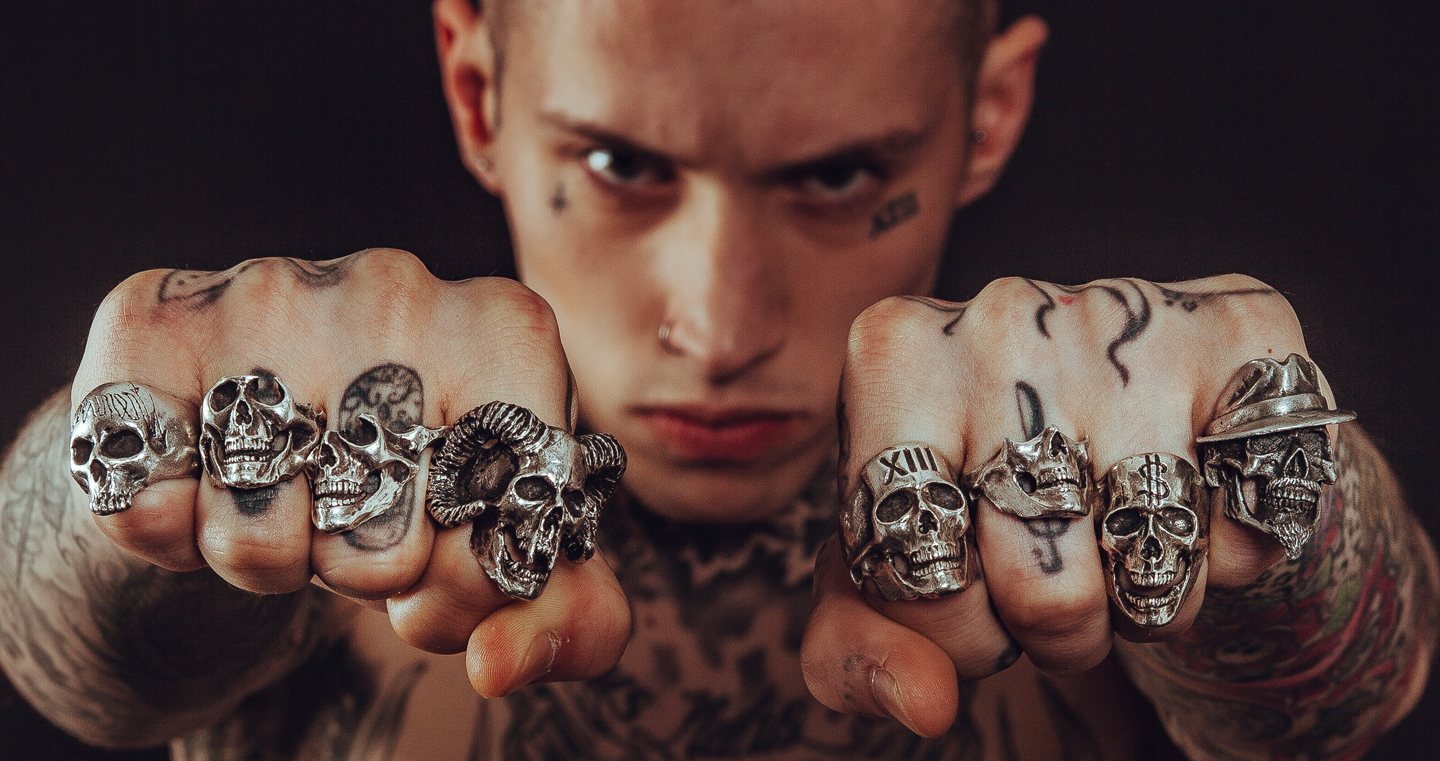 ‘Urban tribes are young city people that gather in relatively small, fluid groups. These groups share common interests that are, in general, different from the interests of mainstream culture’
– Michel Maffesoli

The term was originally coined by French sociologist Michel Maffesoli back in the ’80s to describe the new phenomenon of a subculture, and since then has become a part of everyday life. Some people claim they’re dead, while others think they’re striving and will never go away. Whichever the case, Urban Tribes are still part of popular culture – it only takes one look at the media to realise this.

In 2013 the Metropolitan Museum created their annual fashion exhibit around punk and Vivienne Westwood and Raf Simons arguably started the streetwear phenomenon with his Spring/Summer 2002 collection. Having high fashion adopt street culture is ironic, to say the least, but let’s not get into the argument for the sake of this blog post.

These subcultures live on the outskirts and like to antagonise anything mainstream but at the same time, they flirt with popular culture. In short, they borrow from each other constantly.

In this post will take a look at some of these urban tribes and talk about the garments that identify them.

Twinks, leather daddies and even drag queens could all be considered sub-cultures underneath the rainbow umbrella, but arguably the most famous of them would be Bears.

Bears are usually large, hairy men who defy the ‘Adonis’ beauty standard by embracing how they look. Emblems that define this group are, of course, Bear-related images like paws, some leather accessories and lumberjack garments.

Bears traditionally meet in bars and not just any gay bar, but gay bear bars. For example, Bristol Bear Bar is, according to them, the only bear bespoke bar in the UK. This is a place where you can grab a drink, dance and see a drag queen or two.

Note: Check out what to wear to London Gay Pride. 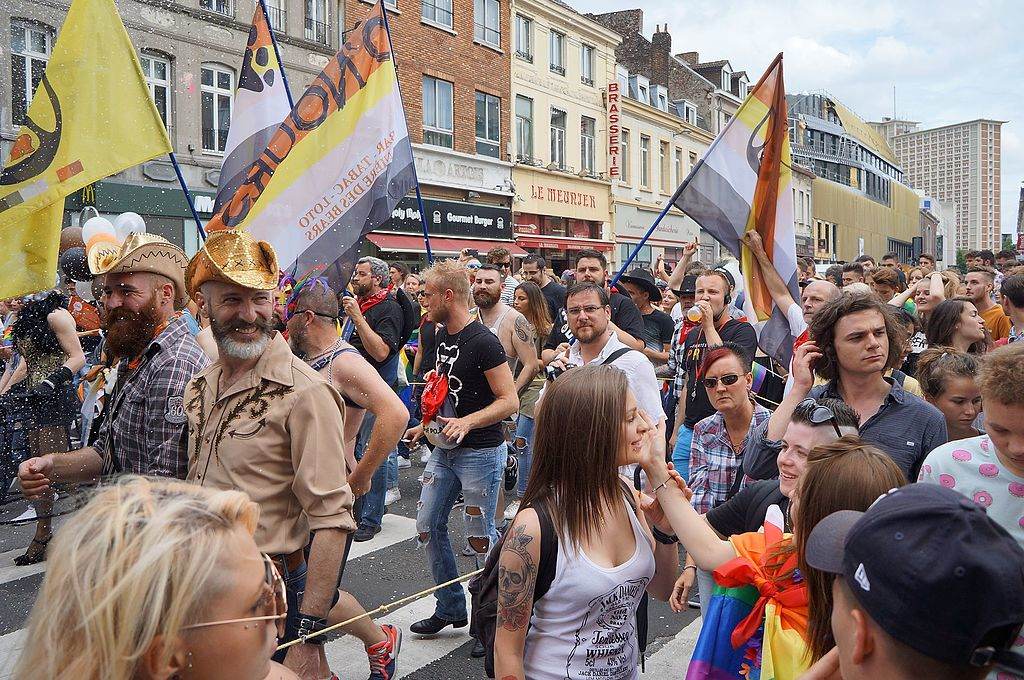 Unlike the other urban tribes on this list, which are universal or foreign, this one is exclusive to the UK. People who enjoy this trend like to revive the clothes and mannerisms of the ’40s. In terms of clothes, this means fedoras, high-waisted trousers, trench coats and lots and LOTS of tweed.

You’ll find these chaps in events like the Goodwood Revival, an event that celebrates the golden years of British motor racing. 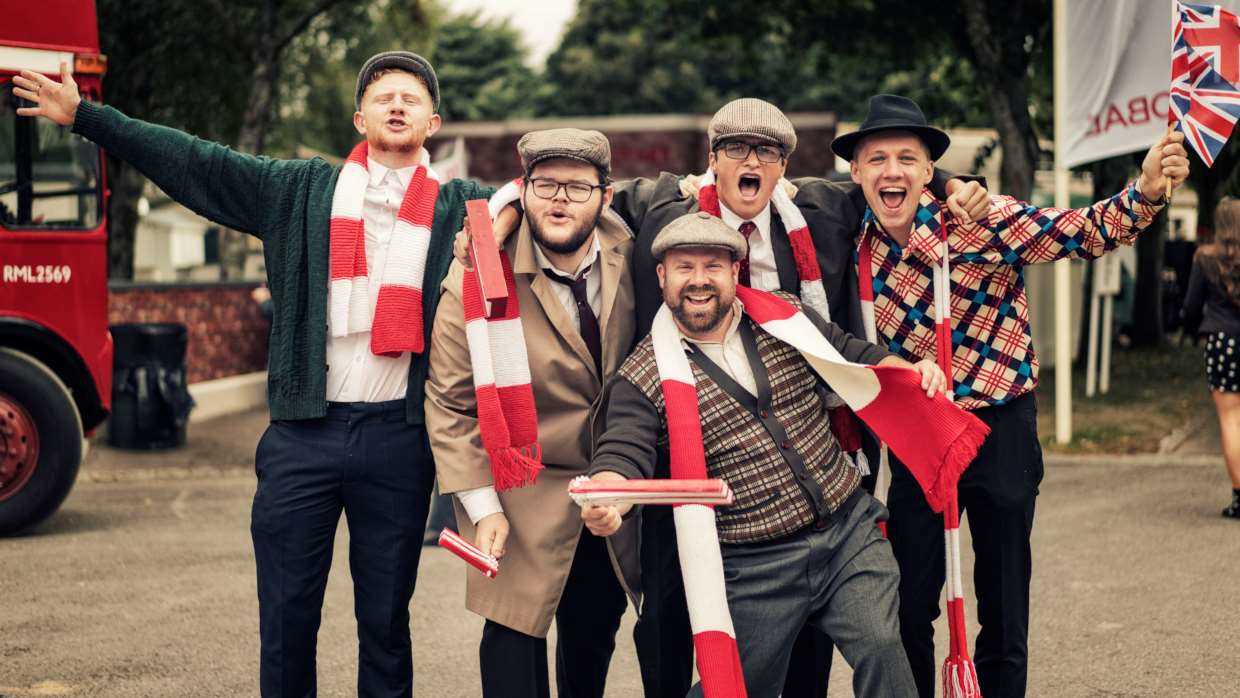 They get a bad rep but like the tattoo-covered artist that enjoys doing yoga, furries are not what they appear. It’s not about sex — well, it’s not all got to do with sex, at least. Furries are fans of anthropomorphic animals, which is basically animals with human characteristics. Think of Disney’s version of Robin Hood.

This subculture is often associated with full-body animal costumes and while it is true that it is a big part of the fandom, not all furries own one. What most of them have though, is their ‘fursona’, which is a special avatar they use in role-playing games.

When they’re not sharing their passions in online forums and chats, furries like to get together and celebrate. In the UK, LondonFurs organises regular events where the British furry community can gather and take pride in their furriness. 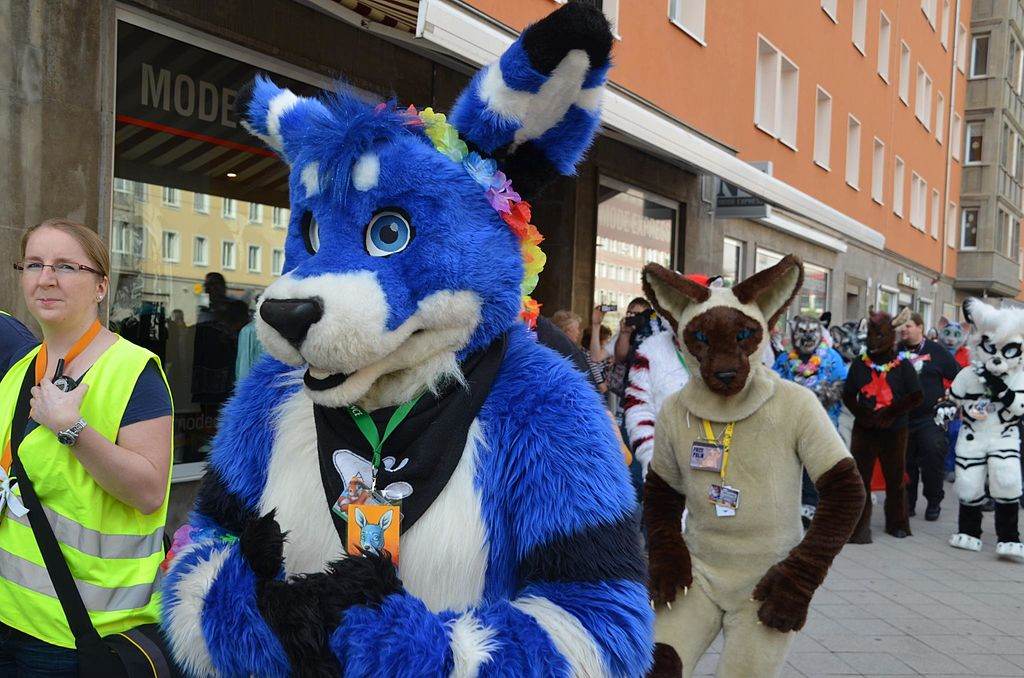 Ganguro is an alternative fashion style that was born as a form of rebellion against the beauty standard that was expected of women in 90’s Japan. Ads on TV and magazines depicted girls with fair skin, natural makeup and black hair which is why ganguro girls do the exact opposite. Instead, they paint the faces and bodies to look very tanned, put on exaggerated makeup and dye their hair white.

In terms of clothes, this urban tribe likes to wear very colourful outfits with lots of accessories like clip-ons for the hair and stickers on their face. While the ganguro trend is not as popular as it once was and never really caught on outside of Japan, it can still be appreciated in some of the trendiest neighbourhoods of Tokyo. 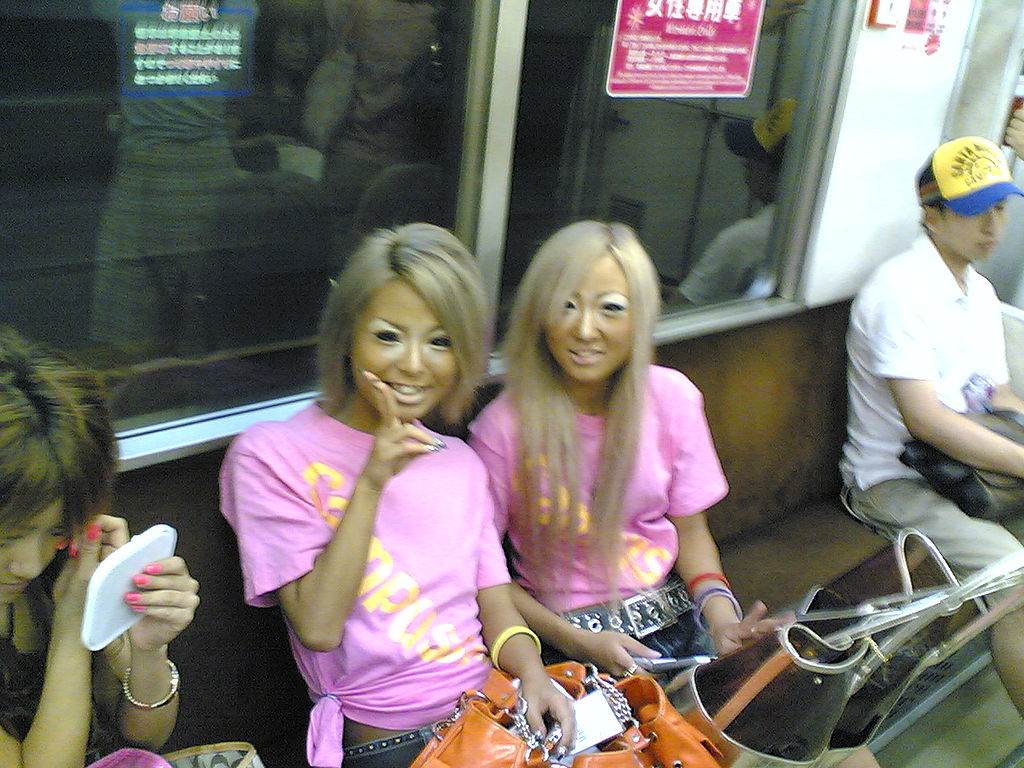 These people love to spend their time underwater thinking they’re Ariel or Daryl Hannah in Splash. This tribe organises retreats and workshops for anyone looking to develop their mermaid skills like swimming and holding their breath underwater. Yes, this is real. Places like Freedive UK offer £100 courses that will teach you how to swim gracefully in a fishtail.

Becoming a mermaid is not only about acting like one or embracing their values (like loving the ocean) but also looking the part. A quick search online will show you the many shops specialised in mermaid tails and these are not your regular Halloween costumes. They come at many different prices, materials and designs, being the ones made out of silicone are the most realistic (they can set you back up to £ 3000). You’ll need a grotto full of treasure to pay for one of those! 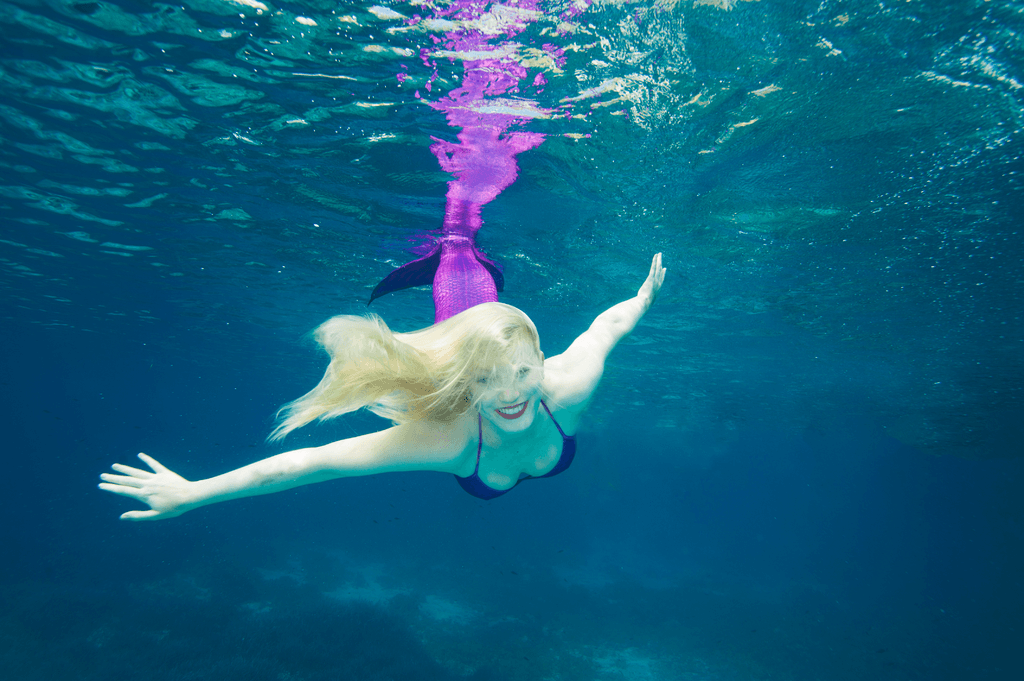 In Japanese, it is a name given to people with obsessive interests and it is mostly used to refer to anime and manga fans (Japanese comics and cartoons). While it became popular in Japan in the late ’80s, it didn’t make its way to the rest of the world until the Anime invasion of the ’00s.

Even though the title had a pejorative origin, nowadays many people proudly identify themselves as otaku. When not doing cosplay, otakus tend to wear clothes decorated with their favourite characters, especially when they assist conventions. It doesn’t matter if they’re new or old franchises as otakus tend to celebrate both.

The best places to find otakus are at anime/manga/gaming conventions where you’ll see a parade of cosplays and garments personalised with the most famous characters and franchises. Here’s a list of conventions taking place in the UK in 2017. 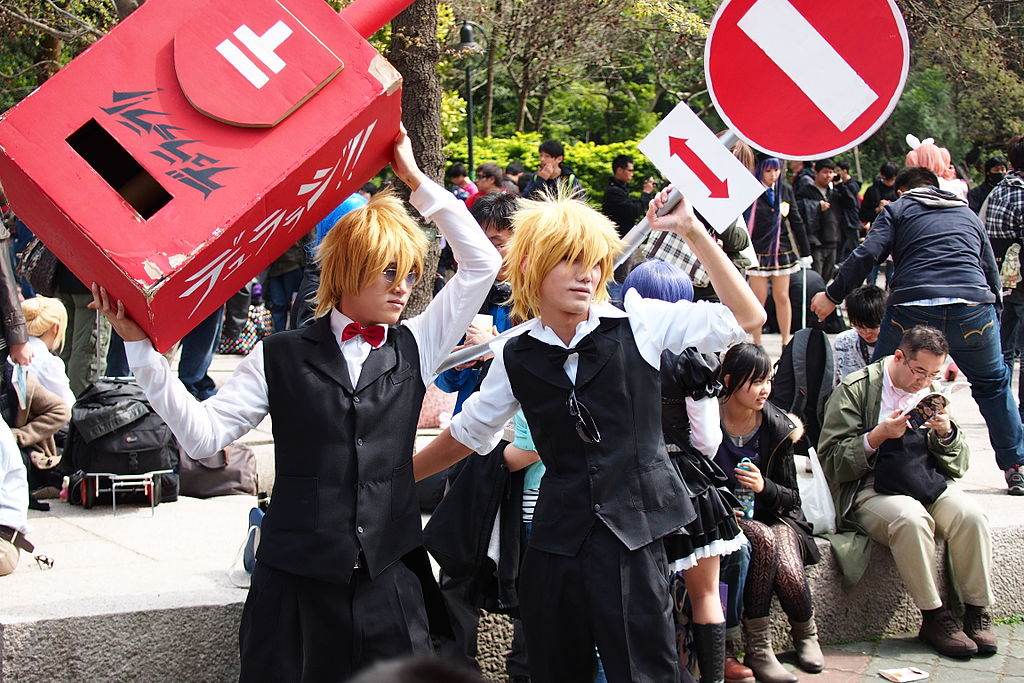 Somewhere between hipsters and punk rockers are the rockabillies. These are people who celebrate classic rock played by the likes of Elvis Presley, Carl Perkins, and Bill Haley. The movement started way back in the ’50s in the southern states of the US by fusing elements of Western musical style such as country with the then up-and-coming rhythm and Blues.

Rockabillies love their live music which is where you’ll find them most of the time. The Rockabilly Rave is one of the biggest events of its kind and takes place every year in East Sussex. In 2017, more than 30 international Rockabilly acts played live at the festival. 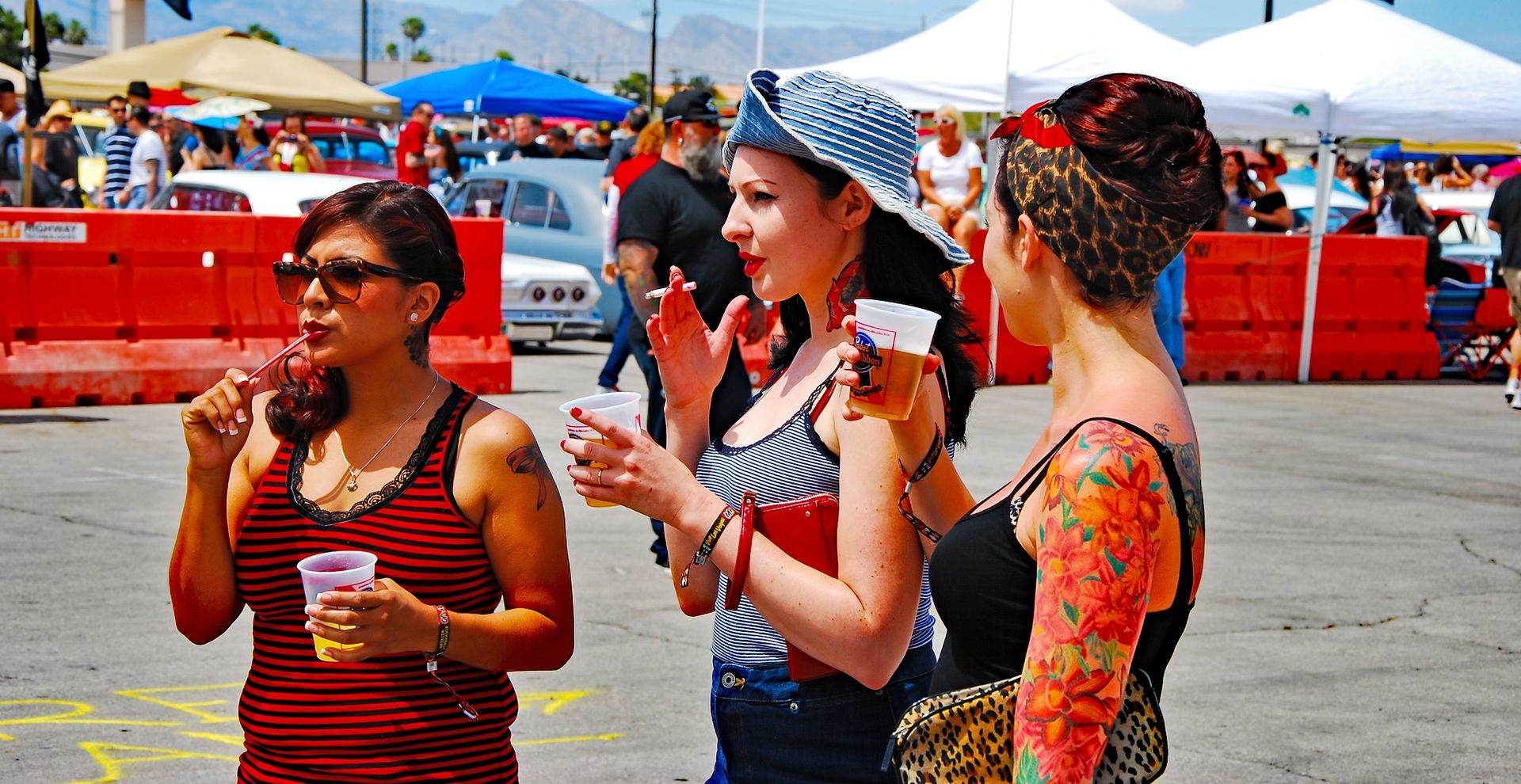 Described as a microculture by Wikipedia, Seapunk is a subculture of the new millennium. Born on the internet in 2011 thanks to a small group of influencers, the movement is largely fuelled by the nostalgia of 90’s internet culture. Imagery related to this tribe includes pixel icons and symbols that were popular in the ’90s like the smiley face and the yin yang. Its palette encompasses mostly psychedelic pinks and fuchsias and aqua blues and greens. 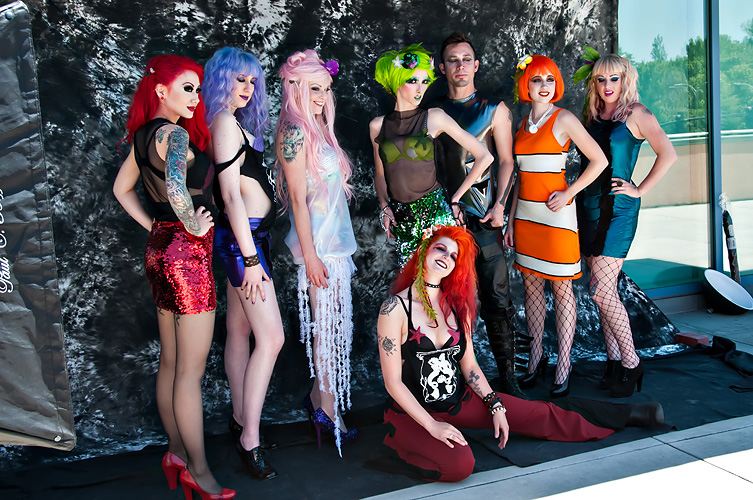 It started with Jules Verne and his novels as a fiction genre but went on to evolve into an entire subculture. Steampunk is about imagining the future through the eyes of the past. This means that technology is not based on computers, but steam-powered machines instead.

The steampunk look is Victorian with elements of ‘old-technology’ thrown in here and there. Materials like leather, metal and lace are commonly accompanied with a colour palette of neutrals and metal finishes, copper being the most popular.

Fans of steampunk don’t usually live their day-to-day lives in this type of gear but they do attend conventions where they meet with others who share their passions. Such occasions include The Asylum which takes place every year in Lincoln and is the longest-running Steampunk festival in the world. 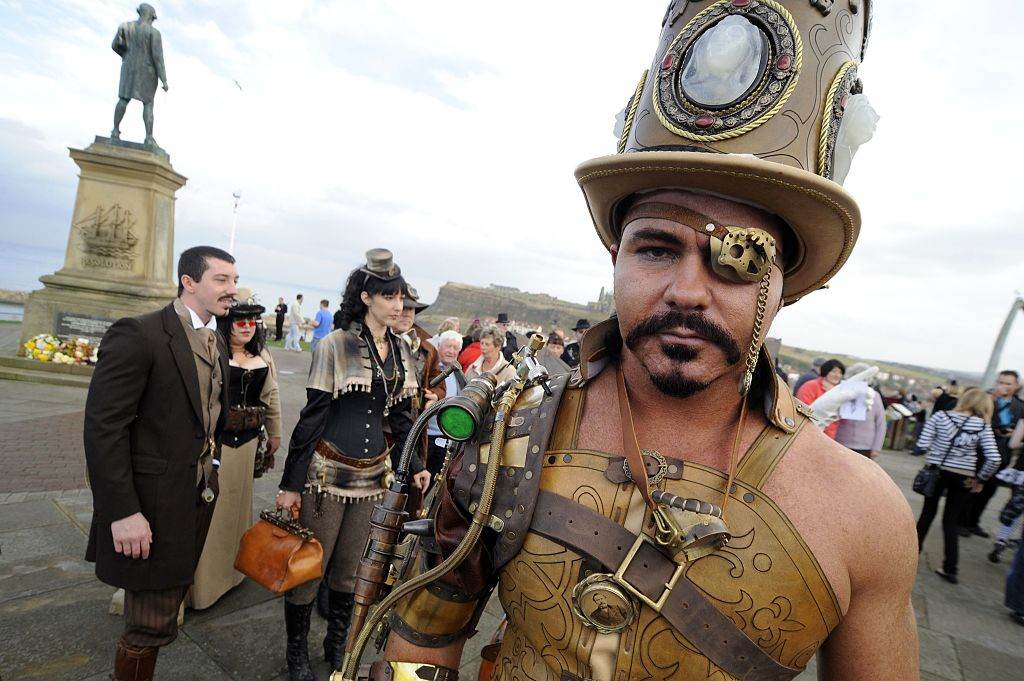 Do you know of an obscure urban tribe that we didn’t cover? Then please let us know in the comments below. 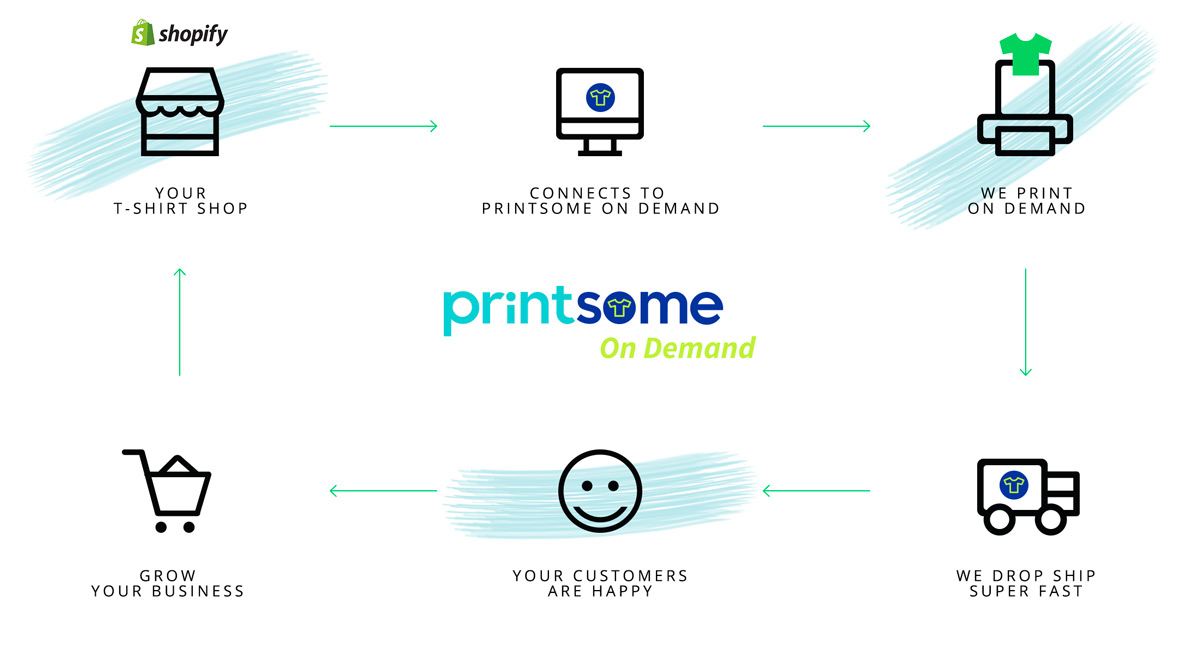