10 vending machines that will make you believe in marketing again

Maybe you used to beg your parents to get you shiny stickers or mystery balls with a toy inside from a vending machine. Or perhaps you’re the sort of person who just has to visit the office vending machine every afternoon for a little pick-me-up – here at the Printsome office we have to settle for a Nespresso machine. Just saying…

Let’s take a look at some of the most successful ones! 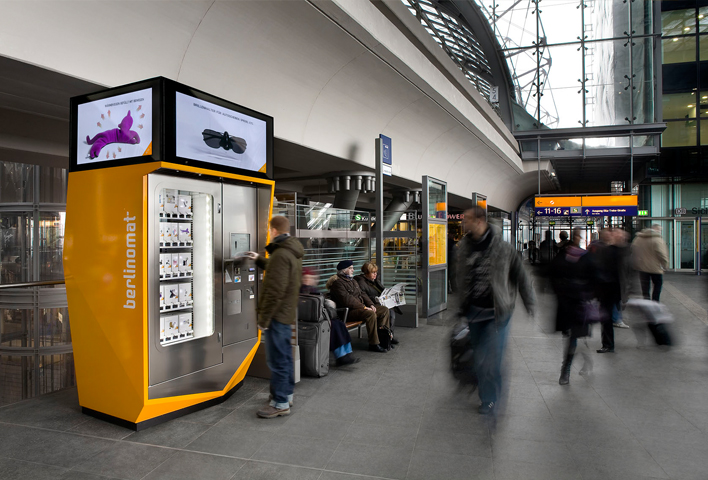 The Berlinomat is vending machine by the German store of the same name that offers a huge range of products. They combine a touch screen experience with smart geolocation – which in regular terms mean you can grab a last-minute poncho if it starts to rain! They’re designed for airports and train stations (always places where I seem to have forgotten something essential). The idea is that they’re there to save the day when you’re in a pinch – and to create some very strong positive associations with their brand! 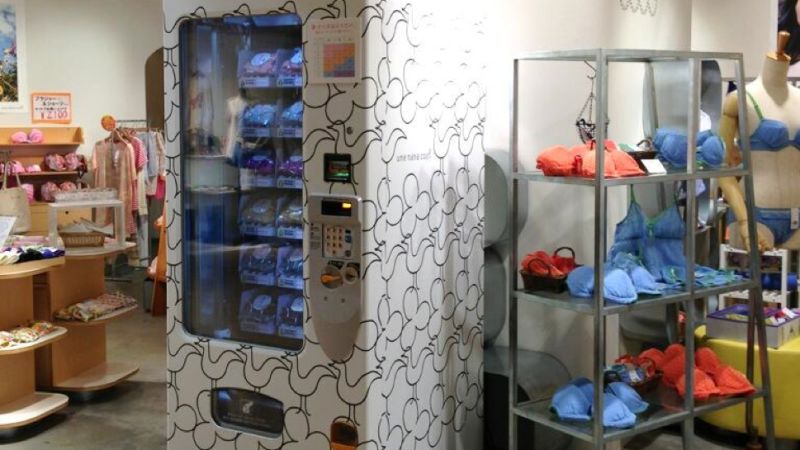 Speaking of things that pinch (ha), Japanese lingerie brand Wacoal decided that there was no better place to start selling its unmentionables than in a vending machine. They set up a temporary bra vending machine around the streets of Tokyo. It ended up being fairly controversial and drew a lot of attention to the brand (not all of it good). It got some comments from women saying that they wouldn’t buy a bra without trying it on first, along with some more inventive input about how the vending machines would only encourage male cross-dressers. We’ll give them the first point. 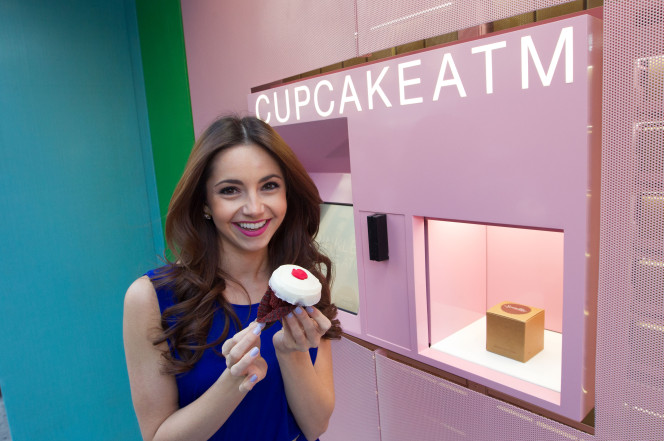 Having a food vending machine isn’t a revolutionary concept, but usually you’ll get something that’s meant to have a shelf life of various millennia rather than something freshly-baked. That changed when Sprinkles Cupcakes launched its cupcake vending machine, which actually sells both cupcakes and cookies despite the name. There are currently 12 across the US, with a 13th location coming soon. Could you resist the temptation of having one of these around the corner? 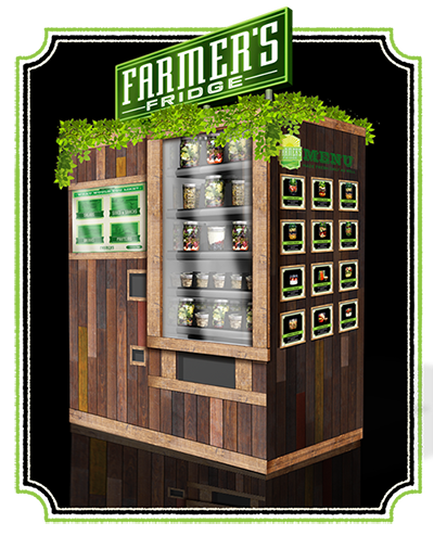 Cupcakes aren’t the healthiest option, so if you’re looking for a healthier option then this vending machine by Farmers Fridge is for you. There’s just a slightly hitch in the plan — you’ll have to go to Chicago to use it, but then again we hear the Windy City is very nice this time of year.

Anyway, this is a “veggie machine” where you can get mostly locally grown vegetables, along with other things popular with heath nuts like fruit and even quinoa. Everything is packed into big jars to keep it fresh. Healthiness is happiness, and this company’s marketing machine is helping to redefine the stereotype that vending machines sell only the very worst kind of food.

Did you know that vending machines started out selling tobacco? Then they moved on to stamps, gum, and newspapers. But today, the most well-known vending machine is probably a soda one branded by Coca-Cola. Recently, they launched a campaign in Pakistan and India to try to foster communication between shoppers in both countries with the “It’s a Small World” machine.

The machine streams a live recording of you while you’re standing in front of it. You’ll also see the live feed from somewhere in the other country – a bit like a vending machine version of a Skype call. It’s a bold move for a company and it takes good-willed marketing to a new field altogether. They also released clever “happiness machines” at London universities back in 2010. 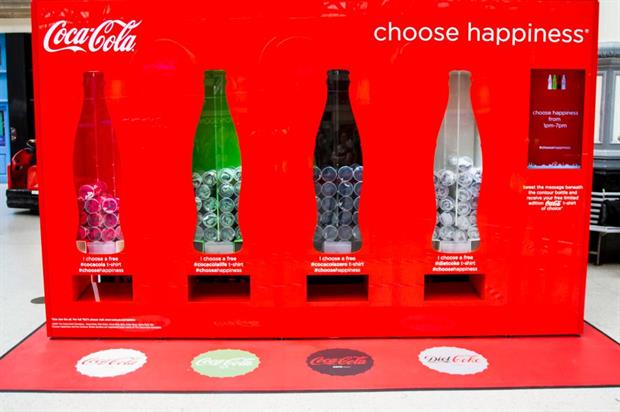 Coke launched a line of vending machines that gave out free T-shirts. Was this just out of the goodness of their hearts? No, it was also to get people tweeting about their brand!

People had to tweet which brand of Coke was their favourite out of 4 types using the hashtag #ChooseHappiness. Then, the machine gave them a shirt that matched the type they’d chosen. As custom T-shirt printers, we think this is an incredible idea!

Not only was the vending machine a fun way to get people to participate in conversations about the brand online, but it also made a big splash because they put it in a clever location. The machines were in London train stations, and were moved around the city each week.

I think we can all start bowing down to our Coke overlords, right?

Here’s another T-shirt vending machine that we have a soft spot for, only for a very different reason. This machine in Berlin, Germany would give people a T-shirt in exchange for just €2. But even though it was a great deal, nobody wanted to buy one. Why not?

Before the hopeful customers could get their tees, they had to watch a video about how such extremely cheap clothing is possible. It showed scenes from sweatshops where underage workers have to work for days as long as 16 hours for a measly pay of 13 cents per hour.

After seeing the video, a message popped up: “Do you still want to buy this €2 T-shirt?” Would you?

Leave it to the Italians to come up with a pizza idea (after all, they are the brilliant minds behind it). The Let’s Pizza machine a freshly baked pizza to hungry people in 2.5 minutes. It promises fresh ingredients — though to be honest, we’re not sure how fresh they’d be after being in a vending machine for who knows how long. Still, let’s focus on the important part here: pizza. Yum.

This, surprisingly, is exactly what it sounds like — a machine that sells things made out of pure gold! Unsurprisingly, the first one of these vending machines was placed in the lobby of Abu Dhabi’s very posh Emirates Palace hotel. The machine itself is covered in gold leaf (naturally).

So what can you buy if you have a 24-hour hankering for gold? Bars of gold sold in various sizes and gift boxes of gold coins with a special design. How much does this stuff cost? We actually can’t give you a fixed number, as the machines receive information about gold market prices and update the prices every 10 minutes.

Brazil was the proud host of the 2014 World Cup, and they came up with a rather clever way to stop fans forgetting their gear at home — a football jersey vending machine! The machine was placed in a subway station so that people on the way to the match could pick up a last-minute jersey to support their team if they’d forgotten theirs at home. It’s a great way to match a special event with a creative way to sell T-shirts — both things we are fans of!

Printsome is an online T-shirt printing agency based in the UK that provides printed garments for events big and small, all across the country from Hull to York and everywhere in between.