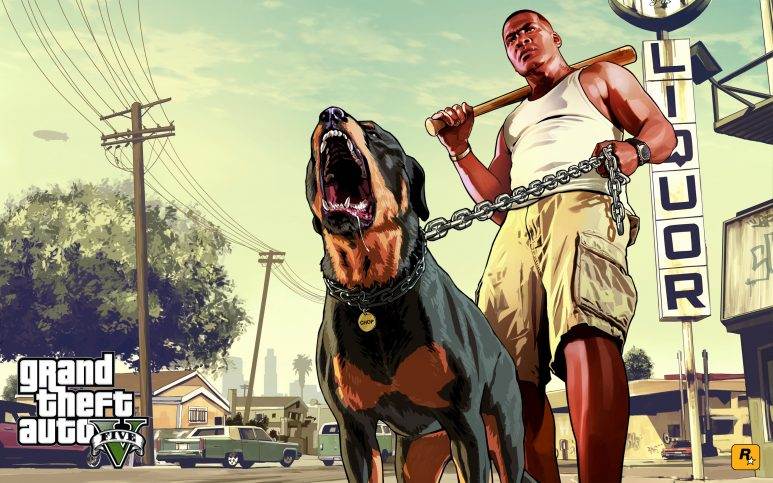 9 of the best video game marketing campaigns ever

Guess what? I’m one of those people who doesn’t play video games (we should be studied), that’s why I was pretty impressed by some of the incredible advertising strategies agencies have come up with to create buzz around their video games.

In the highly competitive and fast-evolving industry of electronic gaming, if you don’t call attention, you’re as good as dead. After all, video games cost as much as blockbuster movies to be produced nowadays so if a single title performs badly, it might just be the thing that puts a publisher out of work.

Luckily for us, business is booming and we get to enjoy these spectacular campaigns:

This is the only video game on this list I’ve actually played! (It’s just so cute and addictive). That doesn’t make me special though — it’s been downloaded over 3 billion times. Part of the reason it’s so appealing to so many people is that that’s exactly what the product was designed to do — be simple and universal. The people behind it did intensive market research, and showed their app to Apple, who featured it on the UK store as the ‘Game of the Week.’

At the same time, they also released a trailer that people could watch on YouTube mentioning that fact. This was one of the first times an app game had been marketed with a trailer like that. And yeah, we’d have to say they did a pretty good job. Today, Angry Birds is more than an app; it’s a real brand which includes a movie with an upcoming sequel.

A good video game trailer can get tons of people talking about the video game, and the trailer for Call of Duty: Black Ops was so cool that it was appealing even if you’re not a gamer. It features regular people (if basketball player Kobe Bryant and comedian Jimmy Kimmel can be considered regular people) sneaking around a war zone with giant guns blowing stuff up, with the slogan “There’s a soldier in all of us.” The Rolling Stones soundtrack just made it that much cooler.

In the first 24 hours it was on sale, people had purchased over 5.6 million copies, beating the previous record for most copies of a video game sold in 24 hours by 2.3 million. The game has sold over 25 million copies in total to date. Nice work, Call of Duty!

With so, so many video game-related videos out there, it’s no small feat to be one of the most-watched video game videos on YouTube of the year, but that’s what the trailer for Fallout 4 achieved. It’s got nearly 20 million views! The release of the trailer was followed by a press briefing with a demonstration, plus a look into a special edition of the game. They also surprised fans with an unexpected companion app to go along with the game and give them just enough of a taste of what the full release would be like.

And that wasn’t all.

They released a soda based on a drink from the game, a video series that revealed all the new skills you could try out in the game, and a Fallout CHAT with game-themed emojis and GIFs that helped fans chat to each other. Fallout 4 ended up selling $750 million worth of copies in the first 7 days it was released.

Even for the video game illiterate such as myself, you’ve probably heard of the Grand Theft Auto series (or GTA). They often make headlines for being spectacularly violent, but for the fifth edition of their game they were getting attention for their clever marketing campaign instead. It all started with a tweet containing a link to a website for Grand Theft Auto V in October. A little while later, a trailer was released, then another one. In December, they were the cover store of Game Informer. The following March, they had street art murals going up around New York City, along with billboards and ads all over the country.

Are you feeling a sense of anticipation yet? Fans of the series certainly were! To capture this feeling, the company offered special deals for people who pre-ordered the game. By the time the game was finally released in September — nearly a full year after the first tweet — gamers rushed to stores to get the eagerly-awaited game.

The results? In just 24 hours, the game made $800 million! It also ended up as the fastest entertainment property to make $1 billion in sales.

Halo 5 was probably going to be a big seller no matter what, as the Halo franchise is massive. But they didn’t want to just be a big seller; they wanted to be one of the biggest! Their mission was definitely accomplished, and they made over $400 million in sales in just the first week it was out. The campaign for Halo 5 started with a sneak peek for their most dedicated fans. People who bought The Master Chief Collection (a compilation of all the Halo games that had been released to date) also got an early beta version of Halo 5. Right from the start, that got the hardcore players talking about the new version.
Not to mention that the trailer they released won awards for being innovative and captivating, and has over 4 million views at the time of writing.

To top it all off, they had a six-hour live broadcast on YouTube to count down to the official release, and it was the most-watched broadcast for a video game launch ever.

Two words for you: island giveaway. To promote the release of Just Cause 3, which takes place on a fictional island called Medici, the game company actually gave away a real island! People who pre-ordered the game had a number of days from the release to try and destroy as much stuff as possible to earn points. The person with the highest number of points got an actual island. They also had some cool YouTube videos that gave you a 360-degree view from the perspective of the main character’s wingsuit as he flies down from the skies. But yeah, the island was definitely the most attention-grabbing!

This campaign was awarded the 2016 Game Marketing Awards; prize for “Outstanding Overall Marketing Campaign – Core Games.” That’s because it was truly impressive. Here are a few of the things it incorporated into its campaign:

Poster art by specifically commissioned artists who were popular online

We think it’ll be tough for any campaign to top just how complete this one is!

Madden NFL is another one of those huge video game brands that’s a big moneymaker. To stay on top of their game for the 2015 release, they buddied up with Google and created a really cool tool for social media – the Madden GIFERATOR. It let fans generate their own GIFs and memes of cool plays and share them in real time across their social media networks. Then, they used data from Google to pinpoint the right ads to the right fans. Fans would see footage of game plays right as they happened, along with the option to join in themselves with a GIF to taunt their rivals or cheer on their favourite team.

Hey, another video game character I recognise! Again, this isn’t to my credit at all, as Mario is massive and there are tons of games in the franchise. One of the titles that had the best marketing campaigns behind it was Mario Kart 8, released in 2014, which helped bring the Nintendo Wii U out of a sales slump. Actually, it more than just helped — it boosted sales 666%!

The campaign had a long push behind it, with over a year of little hints and snippets that got fans so worked up they were bursting for the game to finally be here. There were online promotions, special deals for pre-ordering, and even a project with NASCAR where Mario and Luigi made appearances trackside.
In under two months, Mario Kart 8 sold 2 million copies.

Thanks to our five years of experience in the apparel-printing industry, we were able to design a platform catered towards the needs of specialised events such as eSports. Printsome’s T-shirt printing services operate locally in the UK and with the best-quality garments.

Why worry about inventory or logistics when we can take care of that? We deal with the boring stuff so you have more time to do everything else. To find out more, simply visit our website.