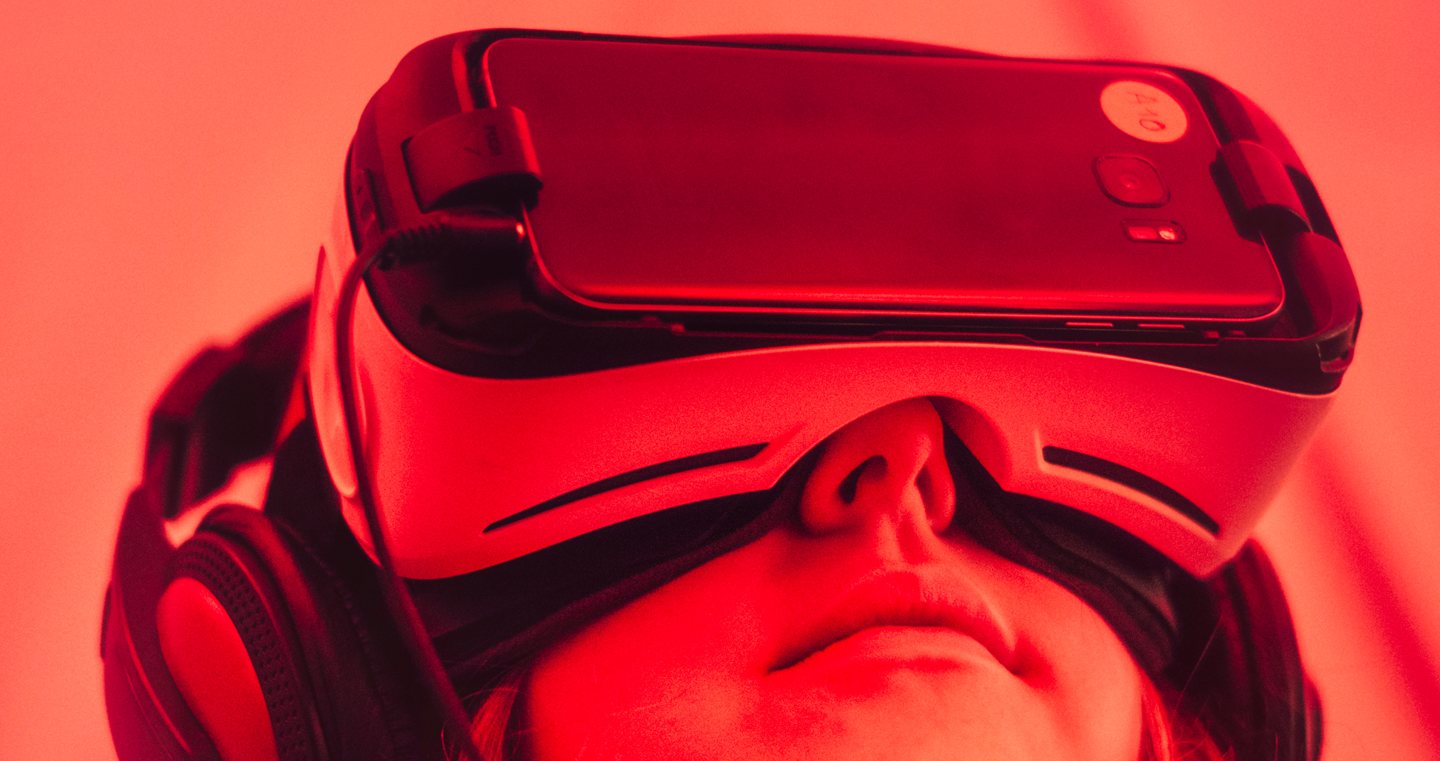 The fundamentals of VR and AR for events (A guide)

We’ve been seeing them around for a while, but do we really know what they are?

Past experience tells us no. While most people have heard of them, they also tend to get them mixed up and that’s because these technologies are just now starting to become mainstream.

This is why we’ve decided to put this guide together. A simple post that explains what AR and VR are and the main differences between the two.

What is virtual reality (VR)?

In order to understand virtual reality (VR), first, we must understand what ‘virtual’ means. The Oxford dictionary describes it as, ‘Almost or nearly as described, but not completely or according to strict definition.’ So VR would technically mean ‘near reality’ or ‘almost reality.’

Nowadays we associate the term with immersive technology; gadgets like the Oculus Rift or the Google Cardboard that project 360° digital worlds through HD screens. Technology designed to sell you the idea that you’re really somewhere else.

What sets it apart from other technologies is that virtual reality allows you to look at the sides, above and even behind you — a sharp contrast with 3D that only projects in front of you. The video created for the Museum of Dalí in St. Petersburg, US is a great (and beautiful) example of a VR experience.

Nowadays, VR is an attraction for events. A good way for attendees to try out products and add a flare of technology to an occasion. But in the future, it will probably be a crucial part of most occasions.

What is augmented reality (AR)?

Augmented reality (AR) also works with virtual images. The difference is that instead of creating an alternate reality, it projects them on top of the real world.

The most obvious example of an AR app is Pokémon Go. Through our screens, we get to see the cute creatures and interact with them, but once we remove the gadget, they’re not there anymore.

What is the difference between VR and AR?

Since both work with virtual projections and are more often than not, complementary instead of exchangeable many tend to confuse them. They may be similar, but there are two main differences:

End goal
Think of it this way: augmented reality is going to a zoo while virtual reality is going on a safari. On the first, you experience from a third person perspective, while on the second you do it on a first person one. The keyword here is immersion. VR is immersive, while AR isn’t.

Hardware
VR is mostly used with some sort of goggles. A screen that’s put in front of your eyes to really transport you somewhere else. AR also requires a screen but can rest comfortably on your hand instead of in your face.

[content_band bg_color=”#E8F6D2″ border=”all”] [container]Need T-shirts for an event? It doesn’t matter if it’s 15 or 15,000 garments. Printsome can handle it. Our delivery services work all over the UK ?? and can adapt to most deadlines. Visit our website to find out more.[/container] [/content_band]

VR and AR for events

As we already mentioned, VR and AR have been on the lips of every event planner for the past couple of years, but why? What makes it so attractive to the event industry? As it turns out, there are several reasons:

For networking
Augmented reality could help you get contact information faster than ever before. A business card could show you far more information that it usually can by simply scanning it with your smartphone. It could potentially connect you to their Linkedin profile or add their office number automatically to your contacts.

If you’re wearing a gadget like the Google Glasses, for example, the information you need to know about this person could project right next to them.

To transport you to somewhere you can’t go
In a few decades, VR may allow us to assist events that are taking place across the world without the need of leaving the comfort of our own homes.

During AW 14 fashion week, Topshop created a pop-up shop where users could pretend to be Anna Wintour for a minute or two. By putting on a VR headset, fashion fans were transported to the first row of a fashion show. Unfortunately, the show wasn’t live, but it was the first step in an exciting direction. The experience was designed by London VR studio Inition.

To showcase a product
Australian insurance company NRMA held a Car Crash Showroom that, with the help of VR, showed audiences the dangers of reckless driving.

To experience something unique
Coca-Cola gave football fans an opportunity to feel like their favourite football players with a VR experience designed exclusively for the 2014 World Cup. The experience took the lucky ones to the Maracanã stadium where they got to hear the roar of the crowd and even play a match. 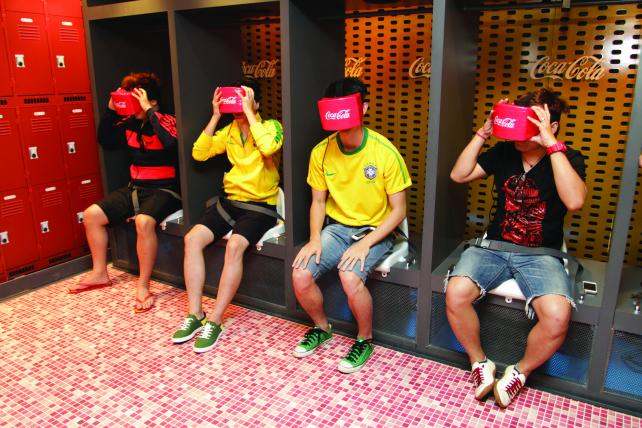 Samsung at the MWC 17
During the MWC 17 which we got to assist *wink* *wink* Samsung showed off the latest version of its GearVR. This a VR headset with a control remote designed specifically for gamers. Their stand included an impressive showcase of not one, not two, but three rides that along the headsets really sold the idea.

Goosebumps movie premiere
In order to promote their latest blockbuster, Sony pictures designed a VR experience for moviegoers. In select theatres across the US, ‘booths’ were installed where a headset transported viewers to an action scene where the movie’s protagonist Jack Black had to escape from incoming monsters.

If you’re interested in how these technologies can be applied not only in the world of events but also other types of industries, then you should definitely check out VRWorld, a two-day conference in London that talks about the business of augmented, mixed and virtual reality. 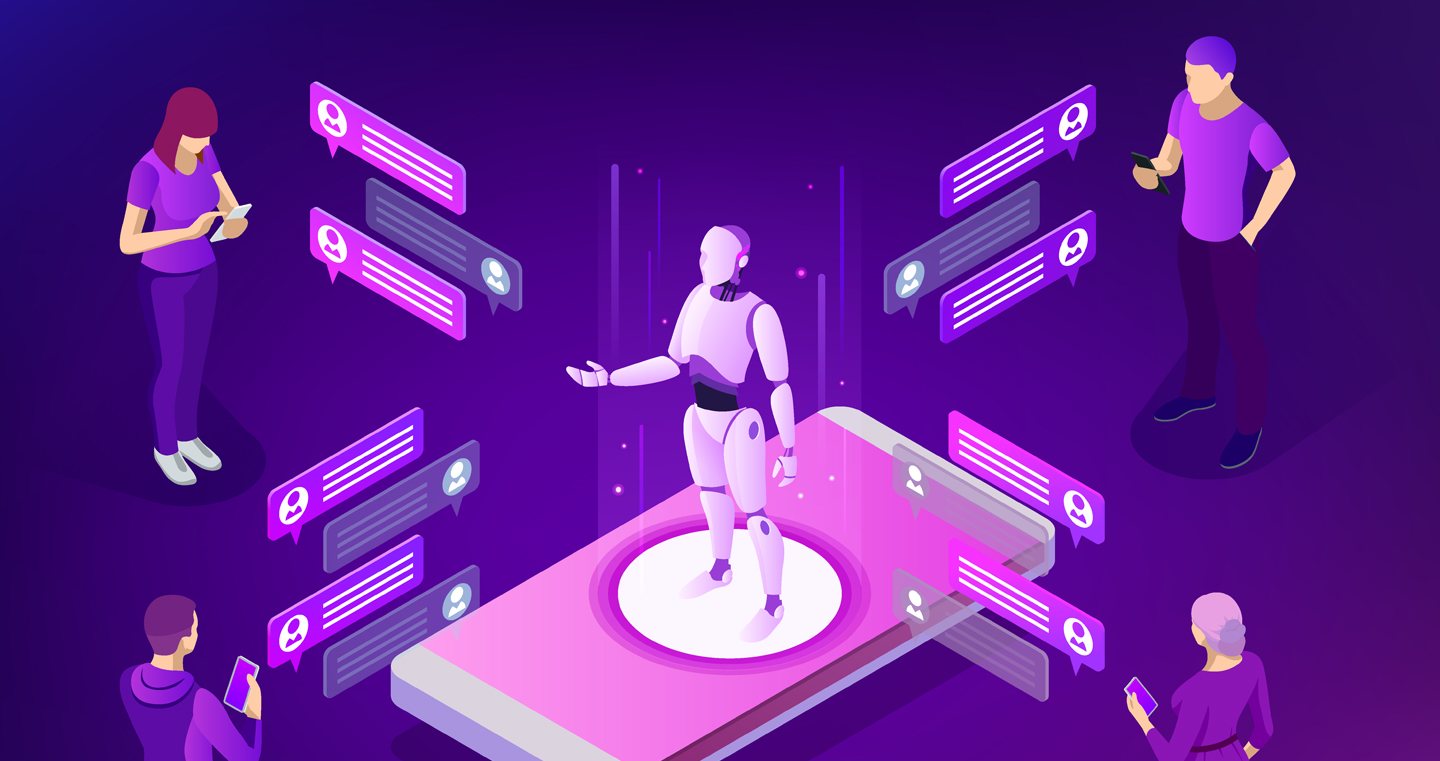 What the future holds for human resources technology