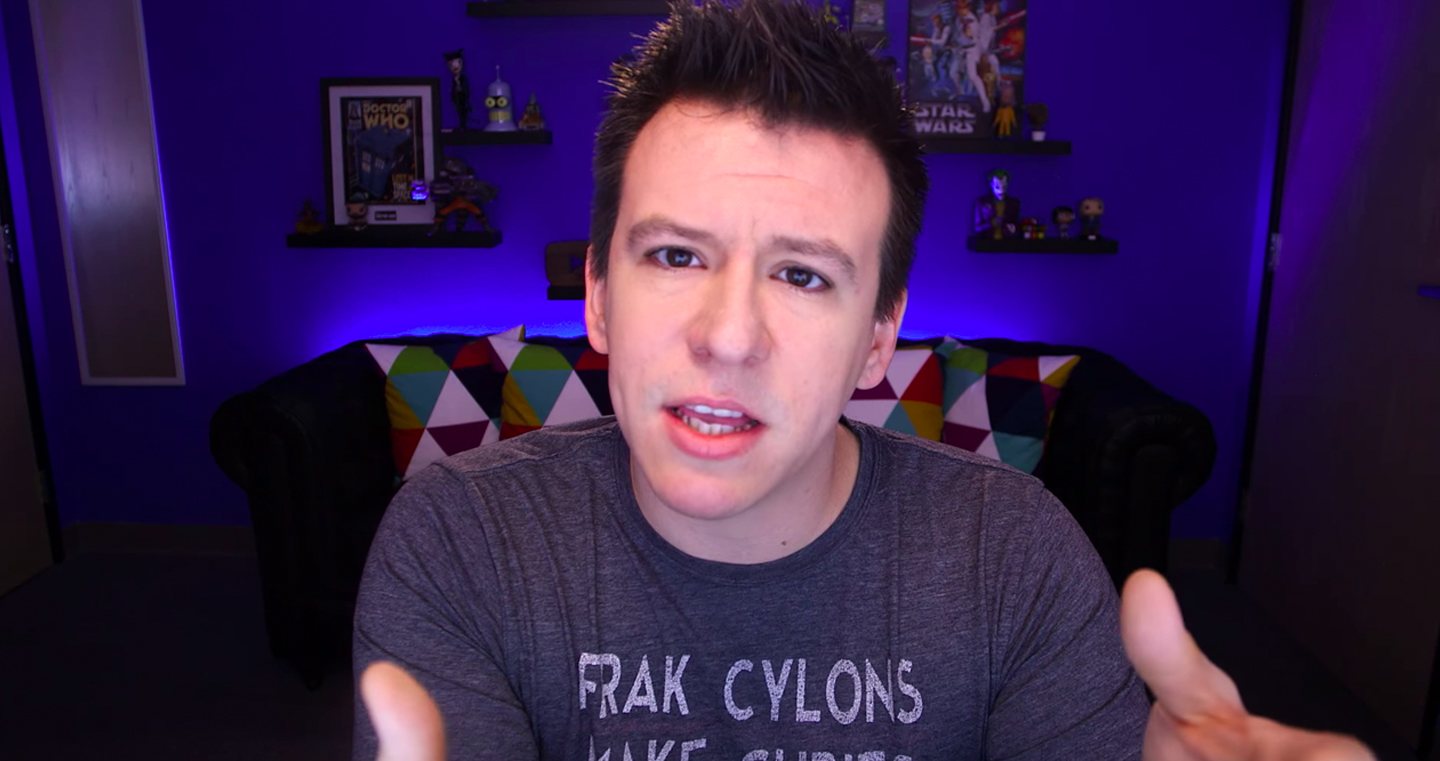 Will YouTube be able to stay on top of the internet game?

Is YouTube dying? It is the second most visited website in the WORLD (also in the UK). So you must be thinking, why even make this question?

YouTube was launched back in 2005 by former employees of PayPal with the slogan ‘Broadcast yourself.’ The first video uploaded was a 14 second clip called ‘Me at the Zoo’ and it featured co-founder Jawed Karim, well, at the zoo. The site grew rapidly and in a year it was receiving 100 million views per day. On October 2006, Google announced that it had acquired the video platform for $1.65 billion and the rest is history.

Throughout its 12 year history, YouTube has gone through many faces. It went from sharing funny viral clips like ‘Baby Panda sneezing at the Zoo’ to creating international super stars like Dan and Phil, Tyler Oakley and Zoella, just to name a few – the YouTubers that make money by selling personalised T-shirts. We no longer use YouTube to watch the video of the drunken lad falling into the pool — we now have Facebook for that.

For the most part, the website is about videos but it has also fostered a healthy community that has transcended the screen and into the real world.

And when you have a big community of followers, every action will be scrutinised which is why this year has been a big one for the platform. For better or worse, YouTube has undergone LOTS of changes in 2017 and it has been due mostly to two major reasons:

Ad revenue
It all started back in March when major brands like AT&T, Pepsi and Johnson & Johnson among others pulled their ads from the video platform after an investigation by The Times surfaced that revealed how the advertisement for this companies aired with videos that promoted terrorism, hate speech and other extremist views. Obviously, these brands didn’t want to be associated with such groups but, on top of that, the creators of these videos were getting paid by YouTube.

Competition
When YouTube first came out, there was nothing quite like it. Sharing videos was simply not so easy back then. Other platforms such as DailyMotion and Vidme came out to try to steal the spotlight but they couldn’t hold a candle to the original.

For a while, YouTube enjoyed a relatively easy ride (not without merit) until streaming websites started to become popular. Entertainment platforms like Netflix and Amazon Prime started to steal users. Why watch short amateur clips when you can just relax and enjoy a feature film? The Amazon owned Twitch also became a threat to YouTube. The streaming service focused on video games found success very quickly. Thanks to its ability to broadcast live and its tipping feature, it became a favourite among fans.

With these major threats on the horizon, YouTube had to take action if it wanted to stay afloat.

Google wasn’t going to watch with crossed arms how their cash cow died so they got right to work. In order to bring back advertisers, YouTube implemented a new ‘resticted’ mode which filtered videos with ‘inappropriate’ content. When it is turned on, content related to sex, drugs, alcohol, violence and other mature subjects won’t show up on the feed.

A new algorithm was also put in place that benefited longer videos and channels that published more frequently. Basically, YouTube wants you to stay on their website as long as possible which is why it started to reward videos with longer watch rates. Videos that went viral or had a high number of likes didn’t necessarily jump to the top of the search engines if they weren’t being watched all the way through.

[content_band bg_color=”#E8F6D2″ border=”all”] [container]Are you a content creator? Would you like to add a new source of revenue by selling merchandise? ? Say no more. We have years of experience printing T-shirts for YouTubers. Learn more![/container] [/content_band]

The platform also launched YouTube Gaming and YouTube Red in 2015 to compete with Twitch and Netflix, respectively. The first is a platform for gamers to livestream and the second is a YouTube without ads, exclusive content (like original shows) and access to Google Play. Another neat feature that YouTube Red offers is that it allows you to download videos for you to watch later without an internet connection.

As well made as this platforms are, they have yet to pick up. YouTube gaming had 76,000 active streamers in March while Twitch had almost 257,000. And YouTube Red at the moment is only available in the US, Mexico, Australia, New Zealand and South Korea with no announcements of further expansions*.

* There’s a rumour going around that says YouTube Red might debut in the UK and other European territories this year but, like I mentioned, these are just rumours.

These changes make sense from a business point of view but they have hurt the bloodstream of YouTube, its content creators. Earlier this year, YouTubers started complaining about how their revenue, without notice, took a hit. Sometimes as hard as 15% of what they were previously earning. Some of the loudest voices were the duo H3H3, Philip DeFranco and the king of YouTube himself PewDiePie.

Restricted Mode
The ‘new’ restricted mode was too severe. It first came to everyone’s attention when members of the LGBT community realised that clips weren’t showing up just because they included the word ‘gay’ in the title. Much of these videos were within YouTube’s guidelines of proper content but were still getting censored.

Much of the problem had to do with the way they were getting categorised. With 300 hours of video being uploaded to YouTube every minute, it would require the entire full-time working population of a small country to keep up with it all. So naturally, Google resorted to AI.

YouTube relies on the text information content creators add to their videos (title and meta data) and on its automatic caption to get the information they need to categorise content. While AI may have its benefits (working faster for less money) it also has its downfalls. Mainly being that a machine cannot see (at least for now) the subtext behind a video or its true content.

After the outrage of the community, YouTube made changes to its Restricted Mode so it would stop penalising LGBT content. They also released a statement where it was clearly explained (more or less) what type of videos were getting censored. To the surprise of some, this included not just graphic violence but also talking about violence. Which means that many News channels are not appearing in this mode.

The ever changing algorithm
As we already mentioned, the new algorithm rewards longer videos and channels that upload more frequently. Unfortunately, as you may imagine, this does not necessarily reward high-quality content. Videos that have a bigger production value (writing a script, planning production, editing) may take weeks and maybe even months to produce which results in fewer uploads. Naturally, this has frustrated many content creators.

It was back in 2012 when Watch Time was first announced as the main ranking factor for videos but, much like Google, YouTube is constantly changing and what worked a year ago or even a couple go months ago may not do so anymore. Which is why YouTubers are always looking for the new way to engage users.

So, what happens now?

In order to recover the revenue they used to make, many YouTubers have turned to Patreon which is a platform that through a membership program allows people to show appreciation for artists via a monthly fee. Also, YouTube Red is being announced as a way to pay the creators directly but as we mentioned, it still has to be released in more countries in order to be really impactful.

Many YouTubers have threatened to jump ship and boycott the platform but until now, no major name has yet to leave the website. It is still too early to say but if more attention isn’t paid to creators who spend time on their videos, then they might really quit and all we’ll have left is ‘Anna and Elsa in Fidget Spinner Land.’*

Another event that has affected YouTube was the shutdown of Vine. As you may remember, Vine was a video platform like YouTube with the difference being that its videos lasted only six seconds and were played on a constant loop. It had lots of users but Twitter (its owner) failed to monetise it so they pulled the plug on it. As a consequence, many of the vine stars have moved on to YouTube. This wouldn’t be such an issue if People like Jake and Logan Paul weren’t finding overnight success over people that have been working on the platform it for longer.

Matthew Patrick from the YouTube channel The Game Theorists does a good job at explaining, what he refers to, as the 4th generation of YouTube. Basically, a generation where the main players are people who grew up watching videos on the website. People who know how the system is and how to make it work for them.

YouTube doesn’t have an easy job. On one hand, it has to appease advertisers by proving their ads won’t air alongside controversial content and on the other, it has a responsibility to give its content creators the control they need over their content and earnings.

It is a delicate balance the company has to keep if it wants to stay on top of the game. Only time will tell if they’ll be able to even it out of if they’ll tumble to one side.

* This is a real video on YouTube but I refuse to link to it. If you want to see it (may God have mercy on your soul), you’ll have to look for it yourself.