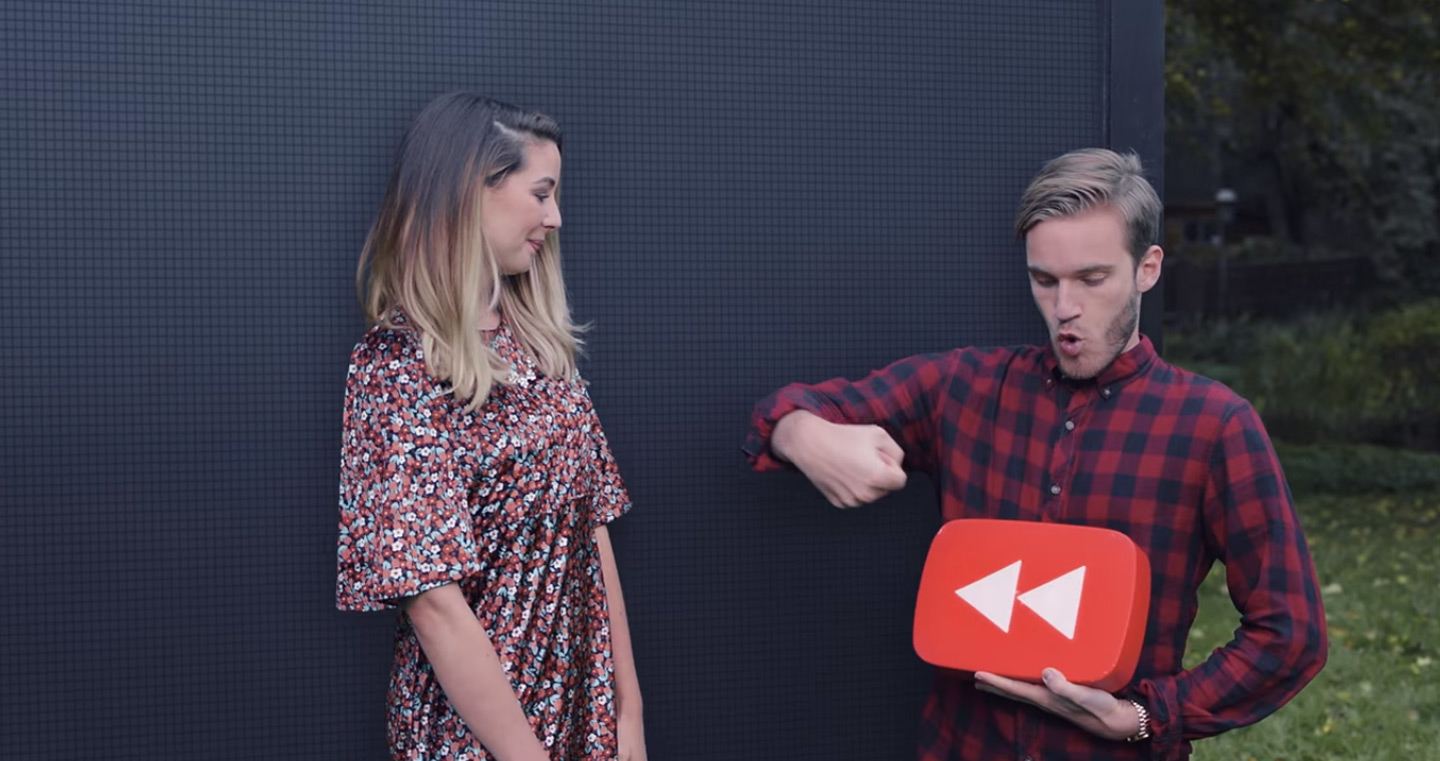 Since 2010, every December YouTube publishes a video featuring the best (and the worst?) of the year. The first rendition was a simple top 10 countdown but over the years it has evolved into a mega production filled to the brim with the most famous YouTubers, visual effects, musical numbers and even mainstream celebrities.

The more complex they get, the harder they are to predict but that hasn’t stopped fans from trying to guess what will be featured on the next Rewind. Last year, I tried my hand at it and while some of my forecasts were far off (I guess In a Heartbeat wasn’t as relevant), others were spot on.

For YouTube Rewind 2018, I wanted to give it another try. So here they are, my predictions (probably mostly wrong) for this year’s video.

Trying to guess which YouTubers will appear on the Rewind becomes easier this year because they just keep adding more and more people. The good news is that there are more chances than ever that your favourite YouTuber will make the cut, but the bad news is that they’ll probably have a blink-and-you’ll-miss-it moment on camera.

If Emma Blackery’s threats are real, then she won’t be back this year (#ByeFelicia) but she’s not the only one. There are a series of YouTubers who have decided to boycott YouTube Rewind 2018 due mostly to the company’s policies regarding demonetisation from the past couple of years.

Anyway, the first wave of YouTubers Tyler Oakley, Hannah Hart, Grace Helbig, Smosh, Dan & Phil, Rhett & Link, Smosh and the other usual suspects will all be back, for sure. As for the newer faces, the likes of Lele Pons, David Dobrik and Liza Koshy will also be back as they are more relevant than ever.

The only questionable figures are the Paul brothers as this year they’ve had their fair share of controversies. Particularly Logan because of his video in the Aokigahara forest which forced both him and YouTube to issue public apologies due to the backlash. At the same time, Logan co-orchestrated one the biggest YouTube events of the year, the live boxing match between him and fellow YouTuber KSI — which, by the way, ended in a draw (yawn).

Speaking of controversy, after being banned in 2017, many wonder if PewDiePie will be back. The Swedish gamer is still the king of YouTube (although some think that not for long) and hasn’t had any major scandal in 2018. Are the gods of the internet still mad at him? Only time will tell.

Music: ‘This is America’ and ‘Dura’

From the very beginning, music has been a very important part of YouTube Rewind. The videos are famous for featuring medleys with some of the biggest hits of the year. Often the results can be cringe-worthy but when done well, it can create awe-inspiring moments. Who can forget the epic conclusion of 2013’s Rewind with Macklemore’s ‘Can’t Hold Us’?

For 2018, there are many options to choose from. Drake and Camila Cabello have two of the most viewed music videos of the year with ‘God’s Plan’ and ‘Havana’, respectively, with each boasting over 650 million views at the time of writing. Other artists who might make a cameo include BTS, Poppy and the yodelling kid Mason Ramsey.

Their chances are high but my money is on Donald Glover’s alter ego Childish Gambino and his ground-breaking song ‘This is America.’ Not only was the video controversial but it also featured a clear aesthetic and original choreography which are a staple of Rewinds. Making a comeback from last year? Daddy Yankee, for sure. His single ‘Dura’ broke the 1 billion views barrier in 2018. With those kinds of numbers, he’s going to be back, for sure.

[content_band bg_color=”#E8F6D2″ border=”all”] [container]Are you a content creator? Would you like to add a new source of revenue by selling merchandise? ? Say no more. We have years of experience printing T-shirts for YouTubers. Learn more![/container] [/content_band]

Since last year included the Lava Challenge, I think that this year there is a high chance that another challenge might appear as well. Unfortunately, the most popular challenge of 2018 so far has been the Tide Pod challenge. In case you don’t know, this is a trend that took off early this year which consist of people — mostly teenagers — recording themselves eating the detergent.

As you can imagine, eating these things is dangerous — it can literally kill you. So we doubt they will include it on YouTube Rewind 2018 as it might be seen as encouraging dangerous behaviour. Another fun (and way less dangerous) trending challenge is the Japanese Foil Ball challenge where basically people task themselves with turning an aluminium foil into a perfect shiny sphere. It isn’t harmful and far more educational so it may pop up.

Back in April, Fortnite did what many thought was impossible and took the crown from Minecraft by becoming the most viewed game on YouTube. According to Rolling Stone, the battle royale game reached 2.4 billion views in February alone. Not only has the title captured the attention of gamers all over the world but also professional streamers who have made a career playing the game.

The biggest of them all being Ninja, of course. While he is mostly known for his livestreams on Twitch, he has gathered quite a following on his YouTube channel. Over 17 million subscribers at the time of writing this blog post. The moment that put him on the map was when rapper Drake joined him to play the game live on Twitch. The stream broke records on the platform reaching 635,000 viewers at its highest peak.

Not only is his channel popular but he has also become one of the most talked about internet personalities. For example, when he made a statement saying that he wouldn’t play with female streamers, headlines started writing themselves.

With such impressive feats, it wouldn’t be a surprise if we saw Fornite and Ninja on YouTube Rewind 2018. The only reason why I’m not 100% sure if it will happen is because, in the past, the videos have been bleak on its video game references with only a slight nod to Overwatch back in 2016.

Iconic Moments: Heroes on and off the Screen

If there is something we learned from a dog stealing a GoPro camera is that the world is much shakier from a dog’s perspective. There have been many iconic moments this year on and off the camera. On the silver screen, movies like Black Panther and Crazy Rich Asians made history while Avengers: Infinity War‘s trailer was seen over 200 million times at the time of writing. In the real world, we have Kim Jong Un who become the first North Korean leader to cross the border and the Fifa World Cup.

If everything else fails, at least we’ll have Johny Johny Yes Papa.

Our delivery services work all over the UK and can adapt to most deadlines.It doesn’t matter if it’s 15 or 15,000 T-shirts. Printing garments has never been this easy.