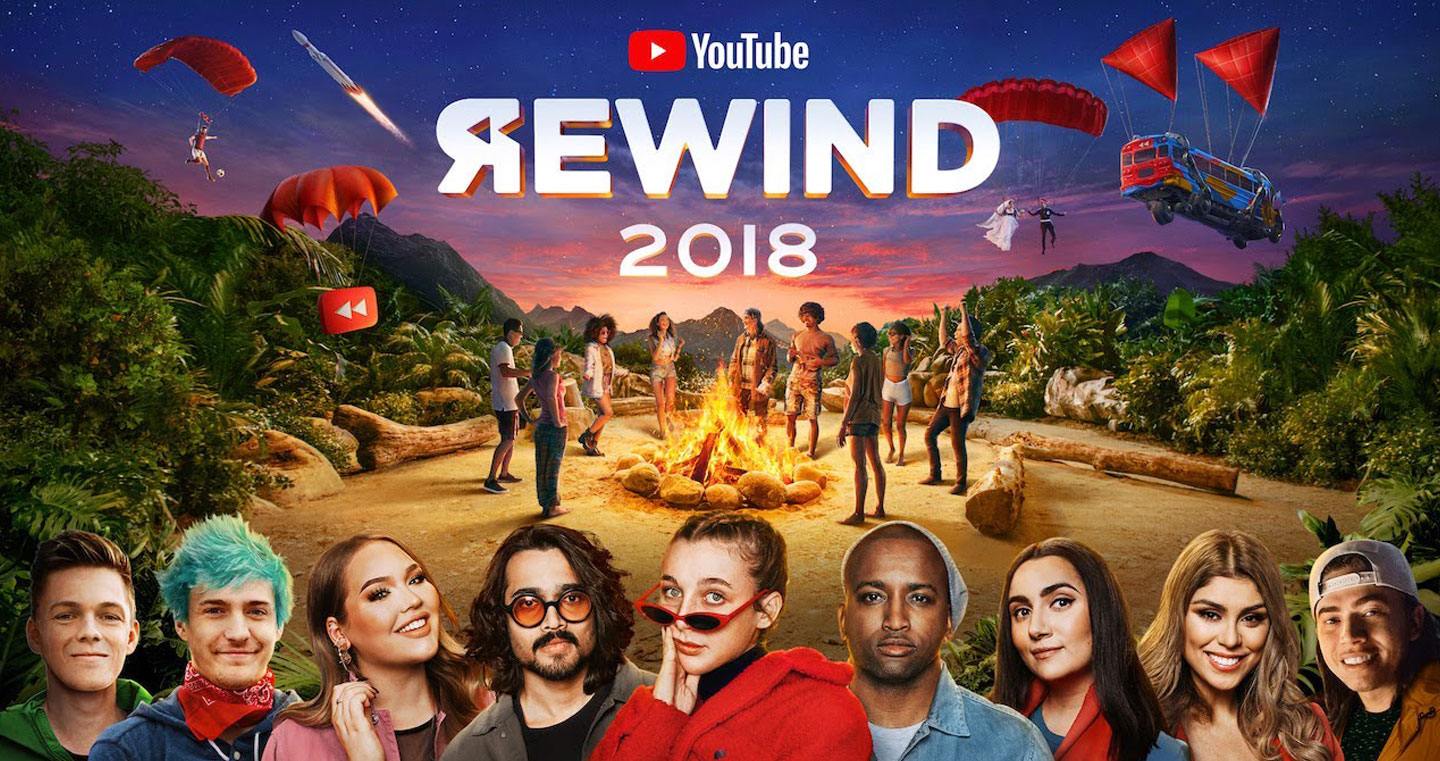 Disclaimer: The opinions expressed in this article belong to the author and don’t necessarily represent Printsome as a whole.

YouTube’s latest Rewind is, to put it midly, not doing very well. The opinion has always been divided among fans but this year, the overall consensus is that it’s pretty bad — and I would have to agree.

While writing this article, the video became the platform’s most disliked video of all time, surpassing Justin Bieber’s ‘Baby.’ To add insult to injury, the Canadian singer gathered his dislikes in the span of eight years, while the latest Rewind did it in just one week.

Before we continue, I wanted to let you know that this blog post deals mostly with my predictions of the YouTube Rewind 2018 video so if you haven’t read them yet, I suggest you head over there, read them and then come back to this blog post.

The video opens with Will Smith, of all people, who is on some mountain somewhere and says that if he had the power to control YouTube Rewind (because what else would celebrities worry about?) he would like to see Fortnite and Marques Brownlee. From the get-go, the video starts to fall apart. The decision to have Will Smith opening (and closing) the video doesn’t make any sense to me because he A, doesn’t have a YouTube presence or B, did anything relevant this year. Most of the time, particularly towards the end, he acts like your uncle who thinks your video games are cool but doesn’t have any idea of how they work.

From there, we head over to the skies where we see a flying bus, much like the ones in Fortnite, filled with YouTubers. This is one of the few predictions I got right but it wasn’t surprising. Because of its enormous success, including the video game was a no-brainer. Also, its biggest spokesperson, Ninja, also made a cameo as the driver.

[content_band bg_color=”#E8F6D2″ border=”all”] [container]Are you a content creator? Would you like to add a new source of revenue by selling merchandise? 🤑 Say no more. We have years of experience printing T-shirts for YouTubers. Learn more![/container] [/content_band]

After that, we end up on an island where we meet a group of stranded YouTubers. As predicted, PewDiePie and the Paul brothers did not appear — too many controversies — but the likes of Lele Pons and Liza Koshy came back from last year. Surprisingly, Rewind staples like Grace Helbig, Tyler Oakley, Smosh and Rhett & Link where nowhere to be found. Instead, they made room for newcomers like Michael Dapaah, Sofia Castro, Dagi Bee and… Will Smith.

Here’s where the biggest problem with YouTube Rewind 2018 becomes obvious, the pacing. It’s just off — almost as if they didn’t have enough time to put it all together. The most cringe-worthy scene is when the Merrell Twins and Casey Nestat demand some K-Pop. It takes forever and it makes me wonder why sisters that do almost everything together can’t say a sentence in-sync without sounding like they just learned how to speak English.

Eventually, we transition to a colourful homage to BTS’ video ‘Idol.’ This year’s Rewind doesn’t seem to build up the music as other editions did. Even 2017’s — which was far from being the best — had a catchy beat thanks to ‘Despacito.’ Never thought I would write that sentence. The songs selection isn’t bad, by any means, but they didn’t bother with mixing them in any creative way. They were just playing one after the other with barely any blend thrown in. Play. Stop. Skip. Play.

So basically almost none of the songs I predicted. We did get Drake and BTS right, though. But to my surprise, Childish Gambino and Camila Cabello who had one of the most viral videos and biggest songs of the year didn’t make the cut — or they couldn’t get the copyright. That’s also a possibility.

As for challenges, we didn’t have as many as on past occasions. The Tide Pod challenge did not make it for obvious reasons but we did get a couple of seconds of Japanese Foil Ball — and a giant one at that. As for other trends, eating videos, ASMR and melting lipsticks were featured.

One of the biggest snubs was the ‘YouTube’ event of the year, the brawl between KSI and Logan Paul did not get a mention. Was it because it had the ‘Paul’ brand all over it or was it because it wasn’t orchestrated by YouTube?

But not everything was bad. It was nice to see a bit more diversity by including more international YouTubers and drag queens Trixie Mattel and Katya. Also, it is worth mentioning that the production value is better than it has ever been.

I don’t envy YouTube’s position. Producing a video on this scale is a titanic endeavour. Coordinating these many people all over the world must require an entire army. On top of that, you have to deal with the expectations of millions of users who each have their versions of what the ‘best’ content of the year was and what should be included. It is almost impossible.

YouTube Rewind 2018 was doomed from the beginning and it mostly has to do with its core concept ‘Everyone Controls.’ Having everyone in control is the same as not having anyone in control and the result will always be the same.

Here at Printsome, we’ve always supported creative endeavors which is why we’ve been producing merchandise for YouTube stars since 2013.

Our delivery services work in Reading, Cheltenham, Warrington and all over the UK and can adapt to most deadlines. It doesn’t matter if it’s 20 or 15,000 T-shirts. Printing T-shirts, or personalised vests or custom polo shirts has never been this easy.